Brilliant fall colors on the way 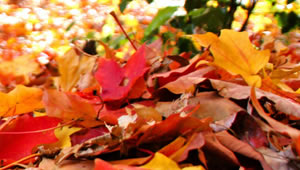 “The trees have accumulated lots of sugars as they photosynthesize and have had good lush growth,” he says, “and it’s those sugars, and the compounds made from them, that are going to be the color pigments.”

Dix says the best colors of the season are currently moving from north to south. He says the midstate is divided into two zones, with some areas due to experience peak colors this coming week.