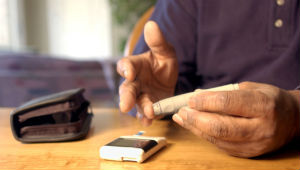 (York) —When it comes to type 2 diabetes, there is no known cure.But it may be prevented and can be controlled by making the right lifestyle choices.

Helen Luckenbaugh of York has been taking classes and trying to educate herself about type 2 diabetes since she was diagnosed more than 20 years ago.

“Ignorance is bliss unless it concerns your health,” she says.

Today, Helen’s about to turn 70 and says she’s still learning about the disease every day. For instance, Helen never knew about diabetic ulcers until she developed them on both legs about three years ago.

“It is extremely painful. I cannot tell you how painful it was because I was taking pain pills back-to-back during this time,” she explains. “It was just horrible.” 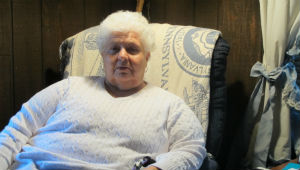 The ulcers, which are a complication of Helen’s diabetes, fill her legs with fluid, which seeps out of her pours causing sores.

Resulting infections landed her in the hospital on several occasions. To control the condition, Luckenbaugh often keeps her legs wrapped with special pumps. They act like a blood pressure cuffs, tightening and relaxing to try to get the swelling down in her legs.

“It’s something I’m going to have to be using for the rest of my life.”

Helen says living with diabetes takes planning. She watches what she eats – spacing out her meals, her blood tests and shots. She stresses education and hopes others can learn from her condition.

Diabetes can also cause kidney failure, heart disease and stroke. It’s a leading cause of lower limb amputations and blindness. 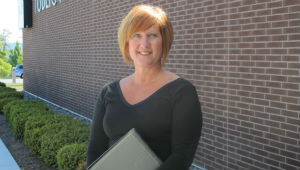 Vicki Disylvester, director of the Central PA Chapter of the American Diabetes Association, says obesity is one of the risk factors driving a spoke in type 2 cases.

One midstate man trying to do just that is York’s Lawrence Tyler.

One day 15 years ago, he was suddenly faced with three common symptoms of type 2 diabetes: extreme fatigue, unusual thirst and frequent bathroom breaks.

Knowing that diabetes would be with him for the rest of his life, Lawrence decided he would control it, before it controlled him.

Tyler was never obese, but wasn’t eating right either. With the help of his doctors — and especially his wife — he’s turned things around. 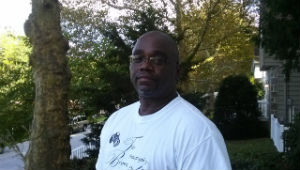 Portion control is key for Tyler. Also, his chicken is always baked, and his rice is always whole grain. Willpower is what keeps him away from sweets.

As for all the work he puts into managing his diabetes, Tyler says pricking his finger for a blood test is better than losing a limb.

Much of what he’s doing with diet and exercise can also help others to prevent or delay diabetes.

Seventy-nine million Americans are living with what’s known as pre-diabetes, and without the proper management and care, many of them will develop type 2 diabetes within the next ten years.

This Transforming Healthreport has been produced in collaboration with the York Daily Record, whose four-part series “Type 2 Diabetes: Taking Control” delves into the diabetes epidemic. Also on Monday morning at 9:00 a.m., witf‘s Radio Smart Talk also takes a closer look at the issue.

Medal of Honor recipients in Gettysburg