Hershey, PA. The Pennsylvania Department of Drug and Alcohol Programs (DDAP) and the Department of Health (DOH) joined the Pennsylvania Pharmacists Association at Hershey Pharmacy to discuss updates to the Naloxone Standing Order and encourage pharmacies to keep a variety of naloxone formulations on hand for the public. December 12, 2022.

Options for Naloxone available over the counter at Pennsylvania pharmacies 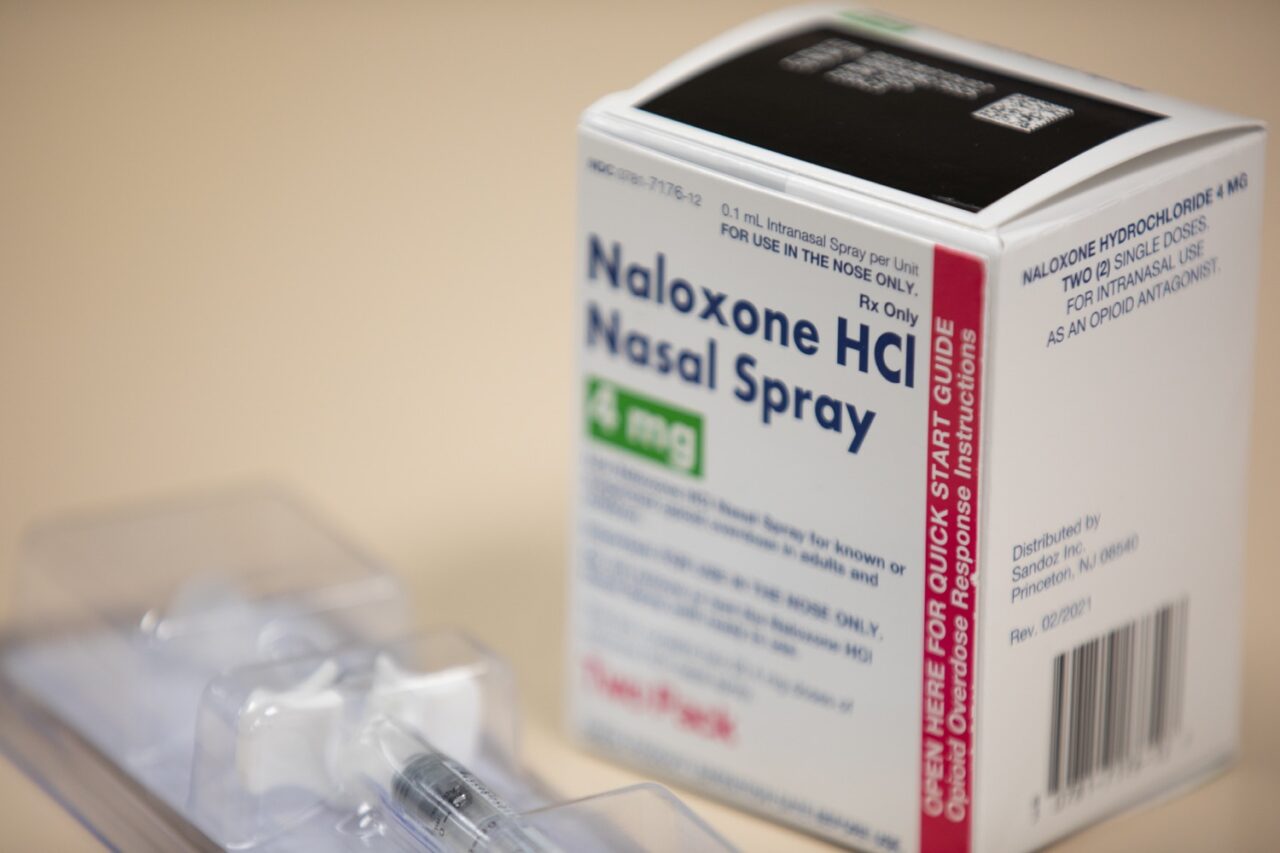 Hershey, PA. The Pennsylvania Department of Drug and Alcohol Programs (DDAP) and the Department of Health (DOH) joined the Pennsylvania Pharmacists Association at Hershey Pharmacy to discuss updates to the Naloxone Standing Order and encourage pharmacies to keep a variety of naloxone formulations on hand for the public. December 12, 2022.

Pennsylvania has been in the throes of an opioid epidemic for much of the past decade. People are dying from heroin and now fentanyl overdoses. It only got worse during the COVID pandemic.

The Pennsylvania Department of Health has a standing order for pharmacies across the state to make the opioid overdose-reversing medication Naloxone available over the counter without a prescription.

Chuck Kray is the owner of Hershey Pharmacy and Hershey Care and the former President of the Pennsylvania Pharmacists Association and he was with us on The Spark Friday to talk about Naloxone. He explained what the standing order means,”It allows anyone, be them, the person who would be the ultimate user or a family member or just a concerned citizen to walk into a pharmacy, ask for a Naloxone. And we have the ability to put that prescription through, including to their insurance and process that for the person. And then that would be used in case of an emergency. When people think of the Naloxone use and I think in the last four years there’s been about going on 80,000 doses of Naloxone given in Pennsylvania. And in all likelihood, that’s close to 80,000 lives that could have been saved. And many times it’s going to be thought that it’s going to be that drug user with fentanyl. You know, it could be even someone who comes in contact with a patch. Think of a toddler or someone very young. When you look at a lot of drugs, they’re measured in milligrams. Fentanyl is measured in micrograms, 1/1000 of a milligram. So the complete analgesic dose of a fentanyl patch might be 50 micrograms. It’s an amount almost too small to see. So if a toddler got into a discarded patch, which still has some active medication in it, it could it could cause a problem in a hurry. So it’s not just the person using a medication or using it legally or illegally, but it could be someone who accidentally came into contact with that medication.”

Kray was asked when Naloxone should be purchased,”Not sure if everybody should, but if you’ve got anybody around you that you know has on those type medications or has that issue in their life, it’s a good thing to carry. It’s no different than knowing CPR.”

Kray added that about 60% of Pennsylvania pharmacies carry Naloxone.