Radarra McLendon, founder and director of The Village of Reading, outside of her office in Alvernia University's downtown Reading location.

Many other cities across the commonwealth are not dedicating federal money to non-profit organizations. 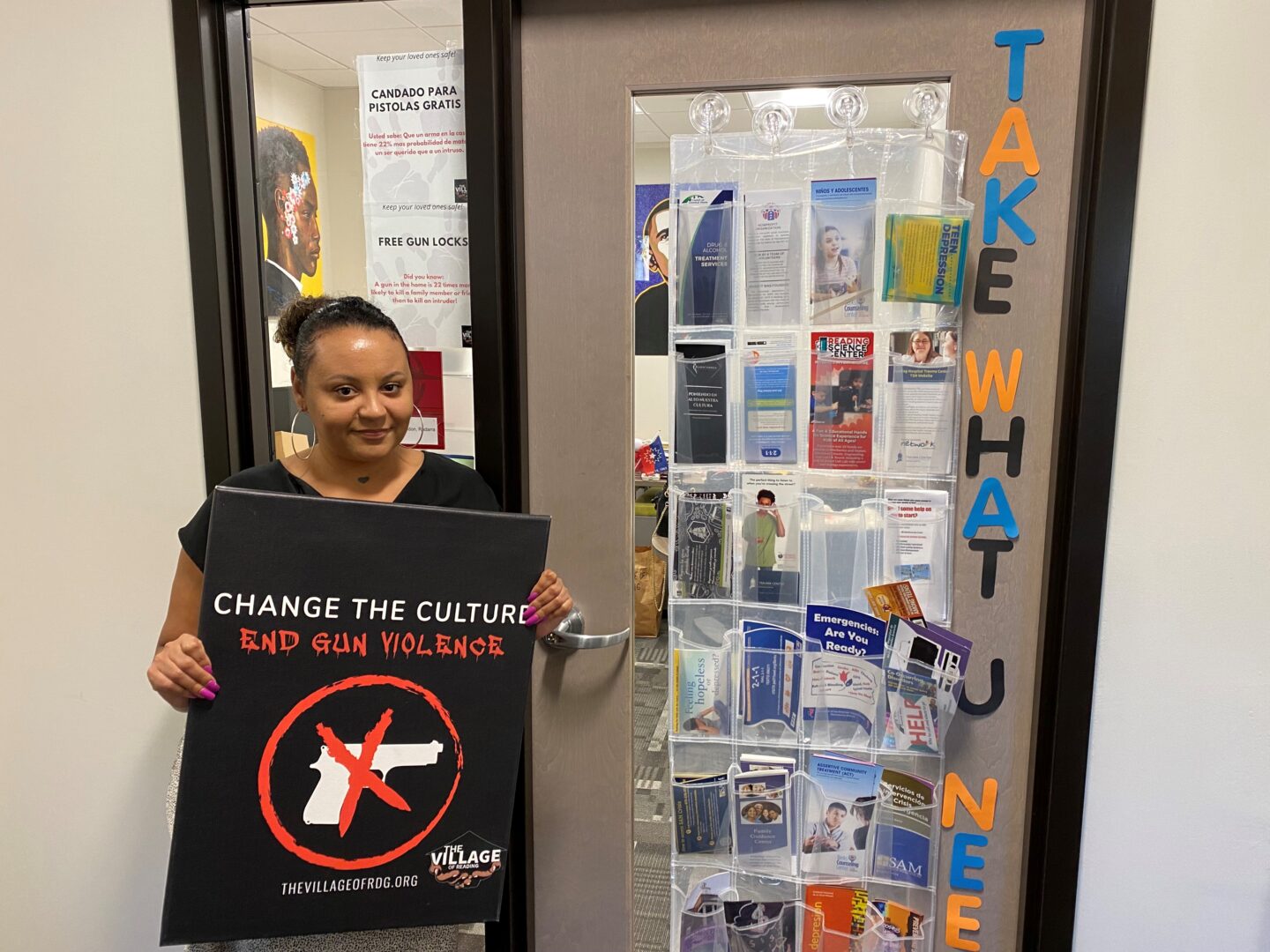 Radarra McLendon, founder and director of The Village of Reading, outside of her office in Alvernia University's downtown Reading location.

Seleda Simmons is used to making things happen, even when the money isn’t there.

Simmons said her two-year old nonprofit has put its energy into the community rather than obtaining grants. And whenever her group came up short, she put her own money into the effort because it was always worth it.

“Our main focus was to get out in the community and actually let the community know we are an organization that can be trusted,” Simmons said. “So if that meant taking out of our own pocket, then so be it.”

Now, Simmons’ violence prevention organization, the Real Deal 610, has received its largest grant to date—$50,000. The money came from the federal American Rescue Plan Act grant process. And while it’s a modest amount when compared to what other groups received, Simmons said her group is dedicated to putting every cent to good use.

“I thought it was very humbling that officials felt as though the work that we do in the community is so relevant,” Simmons said, adding some encouraged her to apply for a higher amount. 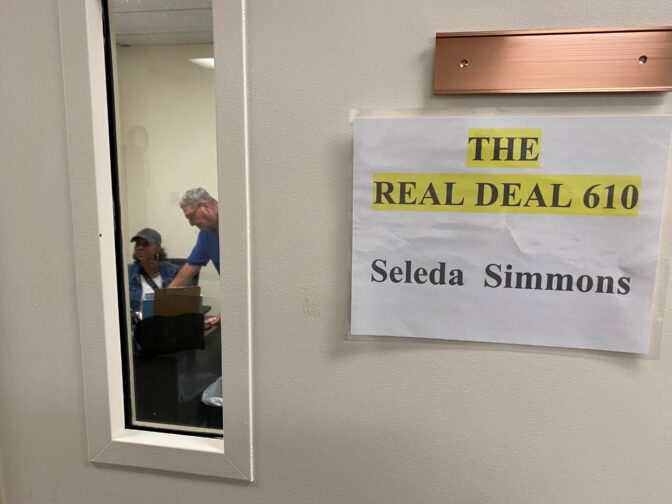 The Real Deal 610 is among a group of nonprofits in the city receiving a sizable injection of cash to help fund an effort that has been a central issue for Reading City Council and Mayor Eddie Moran as deadly crime has steadily risen over the past three years.

So far this year there have been 15 killings and 48 shootings in Reading, up from 10 murders last year, eight in 2020 and six in 2019, according to Reading Police. Currently, murders are at their highest since 2018, when they totaled 19.

In recent weeks, Reading has awarded more than $2.9 million dollars in ARPA money to organizations that claim to, at least in part, focus on violence prevention work in the community. The grants were not exclusively for violence prevention, but among many other questions, the city’s grant application asked groups if their programs are geared toward that issue.

Nearly $1.5 million of that has gone to organizations whose mission is much more explicitly devoted to violence prevention.

Reading is an outlier among other cities in the region that have been looking for ways to curb shootings, youth violence and murders. The city has entrusted hundreds of thousands of dollars to civic groups working to stop violent crime before it happens. Other places have mostly or solely made investments in their police departments.

Other cities around the country, such as Oakland, CA, have shown effectiveness in using strategies outside of traditional policing. Reading appears to be leading other cities in the state in empowering community groups to do anti-violence work outside of policing.

York City has battled to curb shootings and killings in recent months.

The city of little more than 44,000 has already experienced 16 killings since the start of the year, surpassing the 14 that happened there in all of 2021.

Safety was a top concern for city residents, according to a survey conducted by the city in the lead-up to its first rounds of ARPA awards.

York has dedicated a total of $2 million in ARPA money toward a cadet program, trauma informed care training, follow-up services for victims of violent crime and other initiatives.

Also from that money, nearly $625,000 is going toward community violence prevention work, which includes the city’s credible messengers program and Group Violence Intervention. 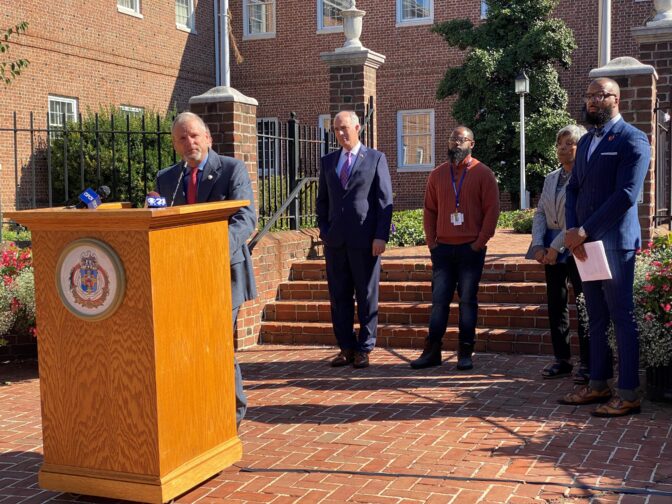 The credible messengers program identifies people at-risk for violence or who have recently fallen victim to violence and tries to influence them away from the activities that perpetuate violence and retaliation.

Group Violence Intervention is similar in that it aims to influence the decisions of young people to keep them away from violence.

Outside of those initiatives, the city has not dedicated any of its $35.3 million ARPA funds to community groups doing anti-violence work.

York Mayor Michael Helfrich said there is still opportunity to get money out to community groups steering young people away from hurting or killing each other.

“We certainly still have money that we have not spent yet, and I’m sure that more money yet is going to go to crime reduction,” Helfrich said.

Helfrich also said the city aims to hire a Spanish-speaking credible messenger, and he is also looking to use federal dollars from the Safe Communities Act, which allocates around $1 billion for community groups and state grants aiming to lessen gun violence.

Residents and activists in Allentown earlier this year urged the city dedicate ARPA money toward the goal of ending gun violence in the city. 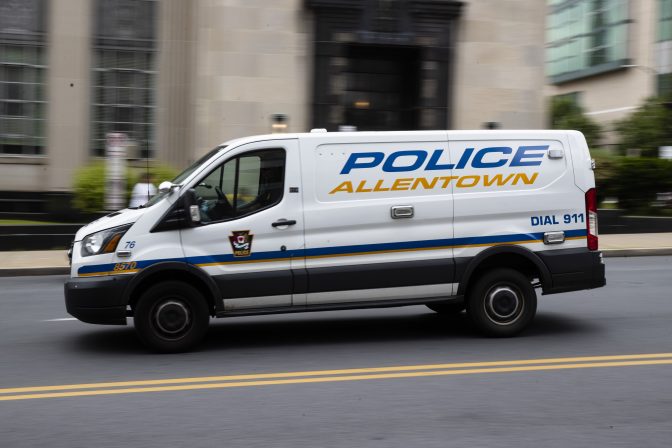 Allentown has not allotted any of its $57 million in ARPA funds for anti-violence groups or programs, according to city spokeswoman Genesis Ortega.

Most of the funds Allentown has already allocated has gone toward infrastructure projects.

The city of Lancaster has not dedicated any of its $39.5 million federal COVID relief funds to go toward nonprofit violence prevention initiatives, according to city spokesperson Amber Strazzo.

Rather than using ARPA money, the city has consistently allocated little more than $3 million on police and outreach services since 2020.

The city has also recently acquired up to $317,612 in public safety grants, with more than two thirds of that going toward training officers in trauma and crisis intervention.

The ARPA awards for Reading nonprofits were not wholly dependent on their participation in anti-violence programming. Many of the applications made requests based on lost revenue and their plans for supporting the community, which has shown effectiveness in reducing crimes in other parts of the country.

Star City Boxing, which aims to mentor and redirect energy of young people through the contact sport and mentoring, received nearly $216,000. Olivet Boys and Girls Club, which provides safe after-school spaces and programs for kids, received $404,500. 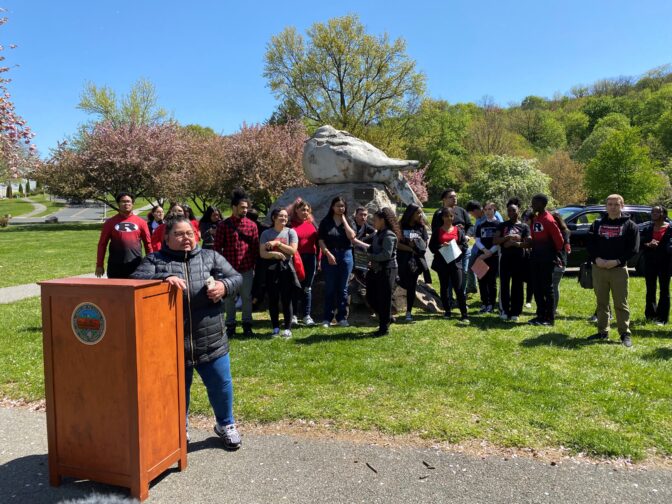 Edna Garcia-Dipini speaks at the Berks For Peace march in April. That initiative has not received funding by the city but her anti-violence arts organization, RIZE, did.

City Council also fulfilled the request of anti-violence group The Village of Reading for $143,600 to expand its outreach through part-time “violence interrupters,” similar to the credible messengers in York.

Radarra McLendon, the founder and the executive director of The Village of Reading, said she wants to meet the community where it is rather than rely on the community to look for her group.

“We’re looking at hiring people with lived experience to go out into the community, introduce the village, what we do, let them know where they can find us, how we can be reached, share our programming with the community, and then also to mediate violence,” McLendon said, adding that her group is in discussions with a local hospital to place the violence interrupters at bedsides of people who survived violence.

The Village of Reading also plans on taking over a building in Reading’s city park to create an arts cafe for young people, where they can spend their evening and even connect with therapists to talk about issues they are dealing with.

The effectiveness of trauma-informed counseling is evidenced in cities like Baltimore, and McLendon says she wants to give teens and young adults a creative and emotional outlet that can keep them clear of harm.

Looking to the future

The relatively sudden influx of support for the group has been a whirlwind, McLendon said.

“It’s both exciting and frustrating, because being a gun violence advocate for quite some time, and not getting the attention that I thought that it deserved and then all of a sudden, having the local administration and government put all this money opportunity into anti-violence work,” McLendon said. “And now it’s like gaining the attention that it deserved, you know, many, many years ago.”

Her group also received nearly $200,000 this year from the state for McLendon to take on her role full-time and for the group to better establish itself.

As a relatively new nonprofit with a newly obtained six-figure budget, there is also a need for guidance and organizational support, McLendon said. 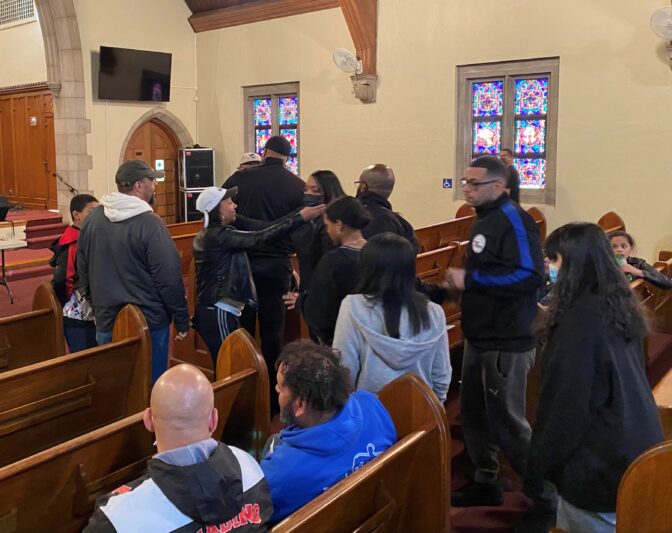 Seleda Simmons greets participants in a community meeting held in the days after multiple young people were shot in Reading in March.

At the end of the year, the Village will lose its space at Alvernia University’s prominent downtown Reading campus and it will move on from what McLendon called an incubator program offered through the university’s O’Pake Institute. So, the group is eyeing possible locations and partnerships.

“I think right now, our board and I are really discussing it, just hiring someone that can come in and paint that roadmap for us, and help develop us,” McLendon said.

Several blocks up Reading’s main corridor, Simmons said she has been empowered by the support and guidance given to her by the Berks Community Action Program.

BCAP offered Simmons a small office for the Real Deal 610 and has also been there to help the organization build and learn from its experiences without dictating how it operates, Simmons said.

“I have a space that people can come in and feel safe, feel comfortable,” Simmons said. “I don’t get invaded with questions, I get to just do me and be who I am and grow.”

Earning the trust of the community she serves and of other organizations who believe in her work is more powerful to her than grants, she said.

Teen sought in ambush outside Philadelphia school that killed 1, hurt 4