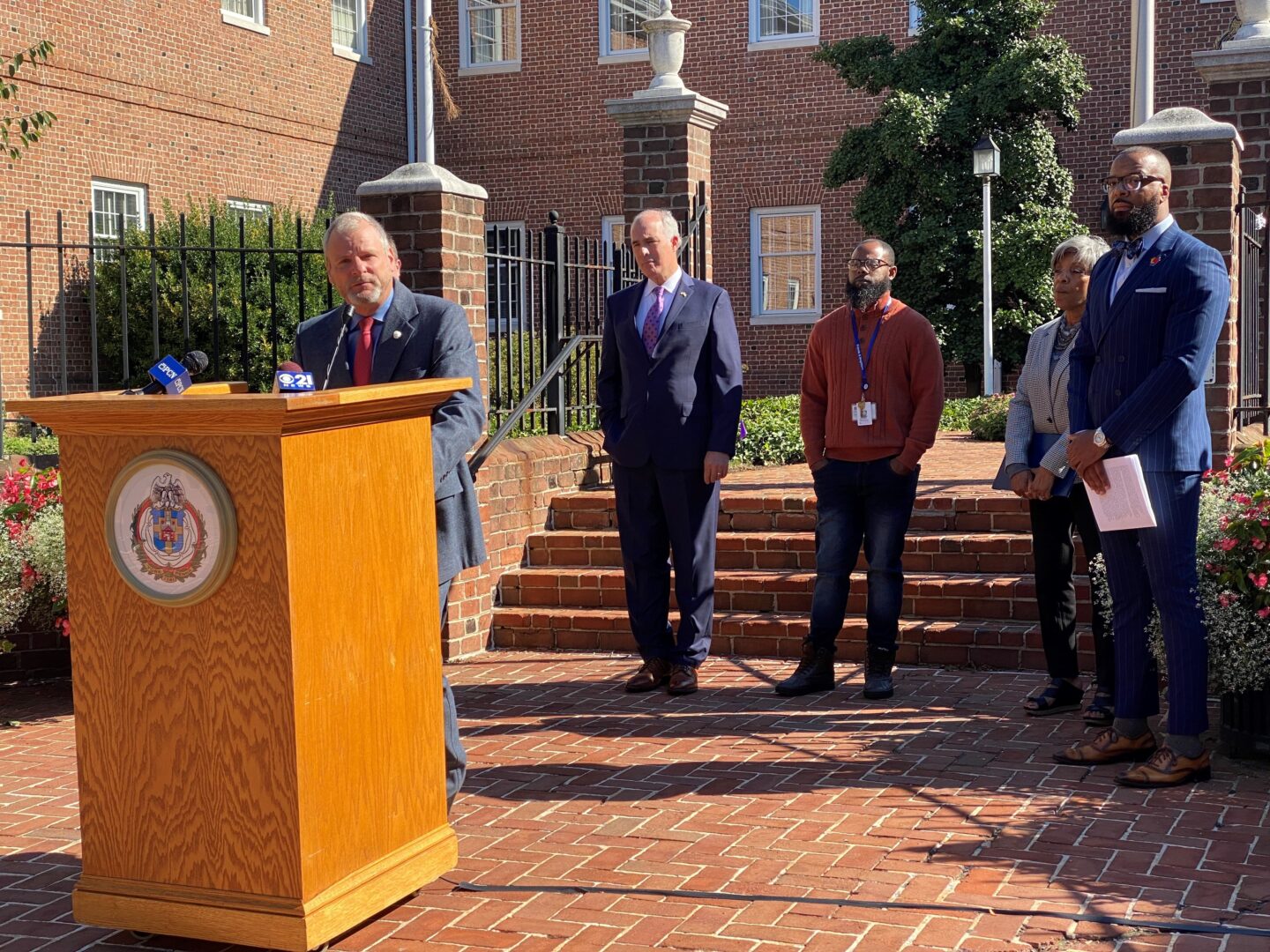 Michael Helfrich said he’s had his worst moments as York mayor in recent months as his city has experienced an increase in killings.

He was among elected leaders and community advocates who gathered Monday to discuss how the Bipartisan Safer Communities Act can benefit places like York. Passed by Congress in June, the act closes several loopholes in gun purchase regulations and also sends billions of dollars to communities and schools in aims to tamper gun violence.

“It is with mixed emotions that we host this press conference today,” Helfrich said. “We are very grateful for movement in Washington D.C. However, we also know that we are here because we are facing some of the worst violence in the history of York City.”

Democratic Sen. Bob Casey, who voted for the legislation, spoke at the event at York City Hall.

He said the legislation dedicates more than 10 billion dollars in mental health resources and more.

Helfrich said he is heartened by the investments in prevention and wellness aspects of the new law.

“I’m particularly thankful for the money for the mental health initiatives,” Helfrich said. “We are failing our families and our children, our loved ones, we are failing, we know that people have problems that we could be helping with.”

The law also allocates $250 million for community based violence prevention initiatives around the country.

Brandon Flood, the deputy director of governmental affairs for anti-gun violence group CeaseFirePA, said that money will go toward initiatives that bring people face-to-face and help deter violence through connecting with others.

“This additional funding source is crucial, as there are a significant number of extremely effective community based organizations that have been instrumental in curbing and or interrupting gun violence with proven success, including the credible messengers program here in York,” Flood said.

The program aims to have people with first-hand knowledge of the wide-ranging effects violence deter others from resorting to violence.

The law also allocates another $750 million in grants for states to implement “red flag laws.”

Among those red flag laws is the ability for families and law enforcement to temporarily prohibit people from accessing guns if they have exhibited urges to hurt themselves.

York has had 16 homicides since the start of the year, already surpassing the number the city had last year and nearing the 19 homicides the entire county saw in 2021.