Demonstrators take to the streets at the Youth Climate Strike event on Wednesday, Sept. 21, 2022. 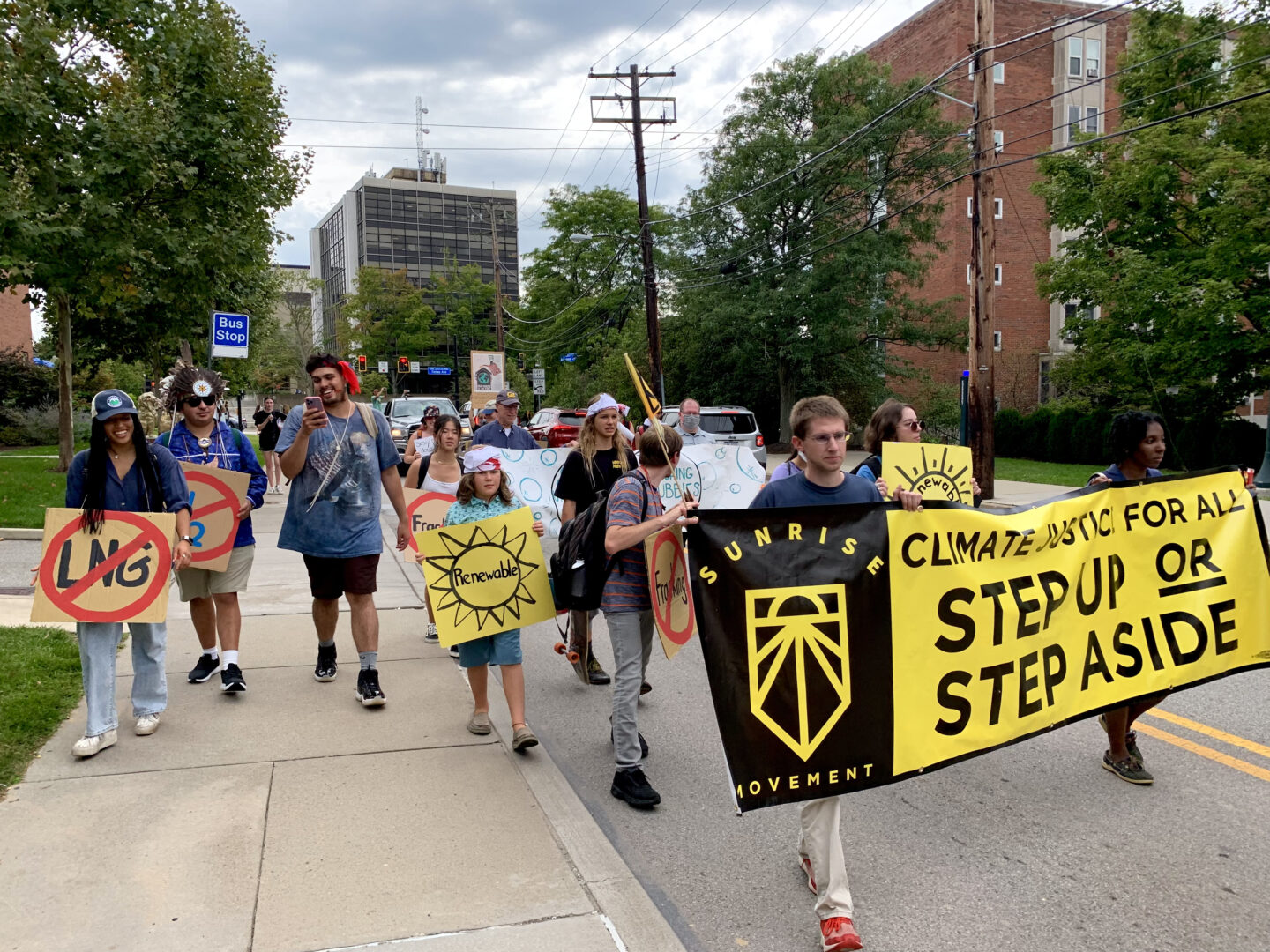 Demonstrators take to the streets at the Youth Climate Strike event on Wednesday, Sept. 21, 2022.

Event co-organizer Anaïs Peterson has done a lot of work informing communities, especially in the Ohio River Valley. Peterson spoke to the crowd about the importance of community-centered and intersectional climate action. 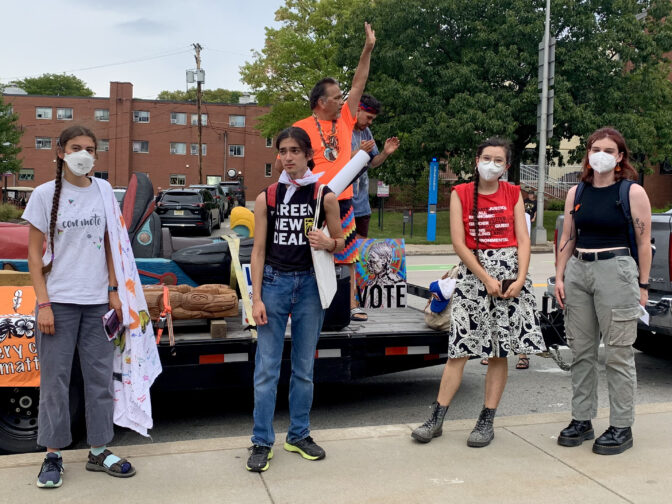 Members of the Lummi Nation speak about climate justice.

“We cannot trust the same systems and industry that created these problems to come up with just and real solutions for them,” Peterson said. “…We know that real climate solutions are rooted in justice, come from the leadership of those living on the frontlines, and from Indigenous, Black and Brown knowledge.”

A delegation of Indigenous youth and elders led by the Lummi Nation House of Tears Carvers transported a 14-foot totem pole honoring their late chief from Washington State for the demonstration. They plan to take it to other protests countering the forum in the coming days.

Cedar George-Parker, one of the young Indigenous climate organizers, argued that everyone needs to care for the earth as if it was a family member.

“And what happens when we love somebody? When they get hurt, we pick them up; we protect. Let’s do that for our land,” he said.

Caring for one another and the world around us was a significant theme of the rally. Another member of the delegation, Kwastlmut “Sadie” Olsen, spoke about the saltwater salmon and cedar trees near where her family lives.

Rally attendees were invited to touch the totem pole during a community prayer. Afterward, the crowd marched through Oakland.

Republican U.S. Sen. Pat Toomey, by contrast, said natural gas drilling is key to reducing carbon emissions. Research shows that combustion of the fossil fuel releases about half as much carbon dioxide as coal and one-third less than oil.

“What I think we ought to be doing is allowing permitting so that we can continue to develop more natural gas [and] the pipelines that allow us to bring it to market,” Toomey said on a call with Pennsylvania reporters.

Critics note, however, that methane leakages from gas pipelines and production and distribution facilities add greenhouse gasses to the atmosphere.

Even so, Democrats won passage of their $740 billion climate, tax, and health spending bill, known as the Inflation Reduction Act, last month by including a provision to streamline permitting processes for natural gas pipelines. Democratic U.S. Sen. Joe Manchin, of West Virginia, demanded the concession. He has yet to propose a new system, but West Virginia’s Republican Senator Shelley Moore Capito introduced a bill last week that would expedite and expand the permitting process. Toomey co-sponsored that legislation.

On Wednesday, he blamed President Biden’s decision in 2021 to block the completion of the Keystone XL crude oil pipeline as contributing to the world’s dependence on Russian oil. There is debate, however, over whether the project would have offset Russian imports.

Toomey said he supports the use of nuclear power to diversify the nation’s energy portfolio while also lowering carbon emissions. He predicted that market-based incentives would lead the private sector to develop technologies to reduce emissions further.