Central Pa. trade schools say enrollment is up amid a shortage of skilled laborers in the workforce, 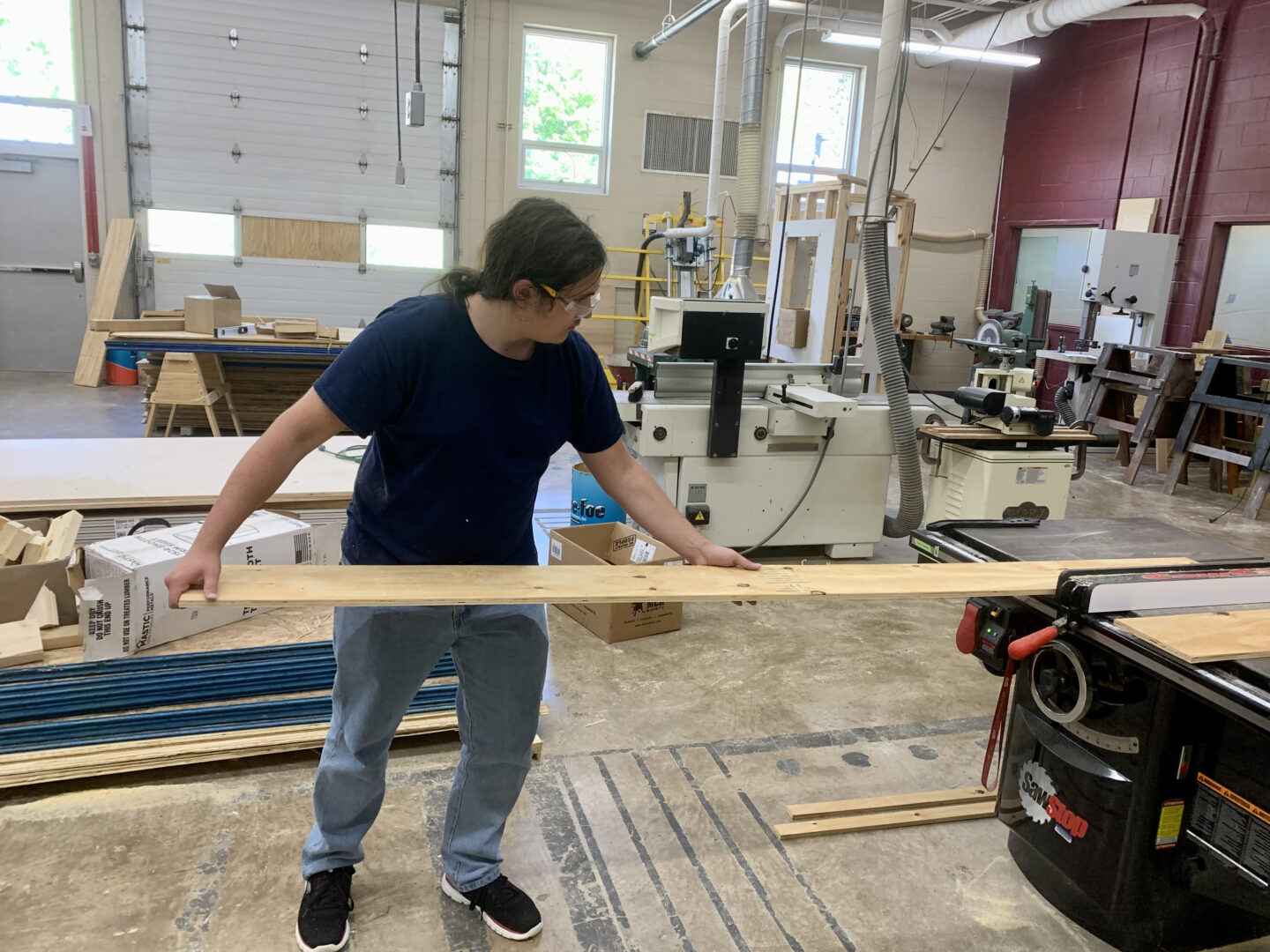 In a recent class at Clearfield County Career and Technology Center, which attendees and employees often call CTC, students in protective glasses work in pairs to measure wood panels and carefully cut them with table saws.

Instructor Greg Barger supervises the students’ work, chiming in when they need guidance. One student has a question about the measurements for the wood panels.

“So maintenance needs this 8-foot and 4-foot two-by-fours. So, we have to deliver those down. Now you cut them, and then just come on right back,” Barger said to the student. 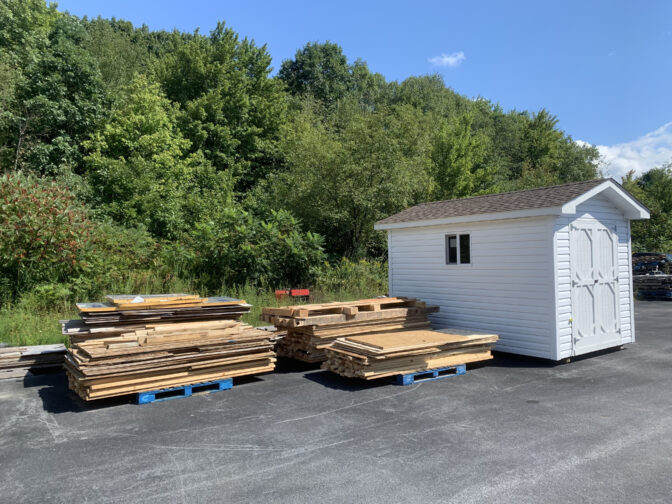 A day in Barger’s two-and-a-half-hour carpentry course at CTC looks different from an average high school classroom. His instructing room is filled with workstations with drills and piles of wood. His students will earn a carpentry certification from the school, along with a high school diploma. Most will go on to apprenticeships with a contractor.

At the end of last year, the U.S. Chamber of Commerce reported 62% of contractors said they had a “high difficulty finding skilled workers.” Barger said recruiters are eager to hire his students when they graduate. 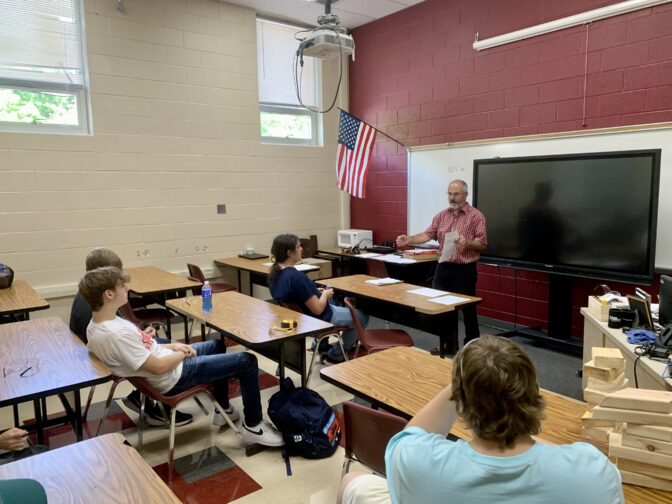 In addition to hands-on carpentry work, Barger’s class includes a “theory” lesson. In this class, his students practice their math skills to solve how much drywall, nails and mud they will need for their projects.

Clearfield County Career and Technology Center offers programs for high schoolers and adults. The high schoolers transfer from a local school to finish their last two years at the Center. One of those transfers is Jaron Dotts, a high school student studying HVAC.

He said he prefers the hands-on experience over regular high school work.

“When you’re in regular school, you’ve got your regular common core classes, there’s nothing hands-on. It’s all on the computer. Here, we get a chance to learn a specific trade, and it’s all hands-on,” Dotts said.

Archere Meek considered how cost effective his carpentry program is compared to a traditional four-year college.

“There’s also the topic of debt. And going to a school like this gives you the skills you need to potentially work straight out of school instead of being stuck in debt,” Meek said.

The schools the high schoolers transfer from pay a fee to CTC. The students themselves do not have to pay anything to attend the center. For adult learners, most programs are around $7,000 for a nine-month course.

She says since she began studying the transition from high school to post-secondary education, interest in career and technical education has grown and attitudes have shifted.

“Pennsylvania has some of the highest levels of college debt in the nation, and our public four-year colleges are some of the most expensive for low-income students. And so, you can understand why students would hesitate to take on that debt,” Cashdollar said.

She said school leaders have stopped solely pushing “college-for-all” and have begun telling students about alternatives.

“There are a variety of pathways, and the best one for you depends on your personal interests, your goals for the short and the long term, your career goals and your willingness to take on a certain amount of debt for payoff later on,” Cashdollar said.

A report released by the National Student Clearinghouse Research Center shows nationwide enrollment at two-year institutions in construction trades increased this spring over last by 19.3%. Over that same time period, four-year college enrollment dropped by 4.7%.

Central Pennsylvania trade schools show a similar trend. At Clearfield County Career and Technology Center, high school student enrollment is up by 14% over last year. Nearby Jefferson County-Dubois Area Vocational-Technical School has had a 52% increase in enrollment over the last four years.

Tiffany Cover has been the principal at CTC since December 2019. She said the skilled training opportunities that are not offered at most high schools is a draw for students.

“I have seen the increase since I’ve been here. The kids who came here really genuinely look to me to want to be here. They felt a need for it, they worked well hands-on, they worked with their strengths,” Cover said. 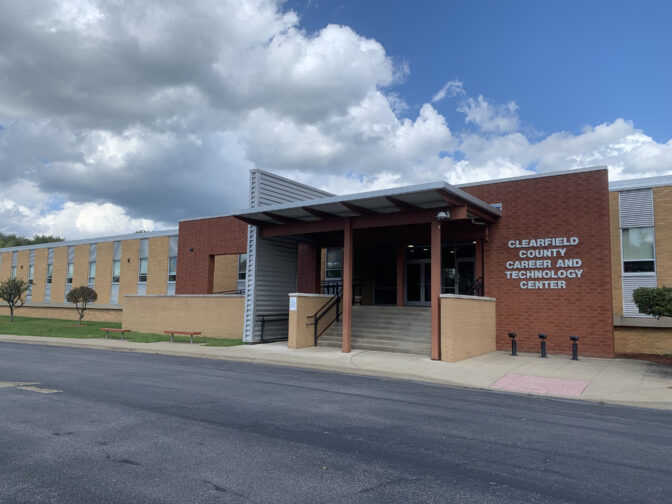 Clearfield County Career and Technology Center Principal Tiffany Cover said the Center is “pretty much at capacity.” Almost all programs are full and the ones that are not at full capacity only have a few spots remaining. She said the Center even increased its seating for most programs to meet student demand.

“Through the past couple of years, we’re seeing that shift. And I think once upon a time, career centers were looked at as maybe a place where kids who weren’t successful in a sending school went. And there’s way more to it than that. And I think now, the word is getting out there,” Cover said.

Cover said while some students pursue higher education after completing their CTC coursework, most enter the workforce right away.

She said some students even secure jobs before they complete their programs.

“Specifically last year, we had an adult student in precision machine. Didn’t even finish his full year here because he was scooped up by a local business, and he’s working there still. So, I mean, they’re recruiting a lot,” Cover said.

She is thrilled more students have enrolled at Clearfield County Career and Technology Center. But she said the national and local spike in enrollment in trade programs likely isn’t yet enough to meet industry demand.