The new stance contrasts with one of the key tactics of his campaign -- to relentlessly criticize Fetterman for supporting the early release of prisoners. 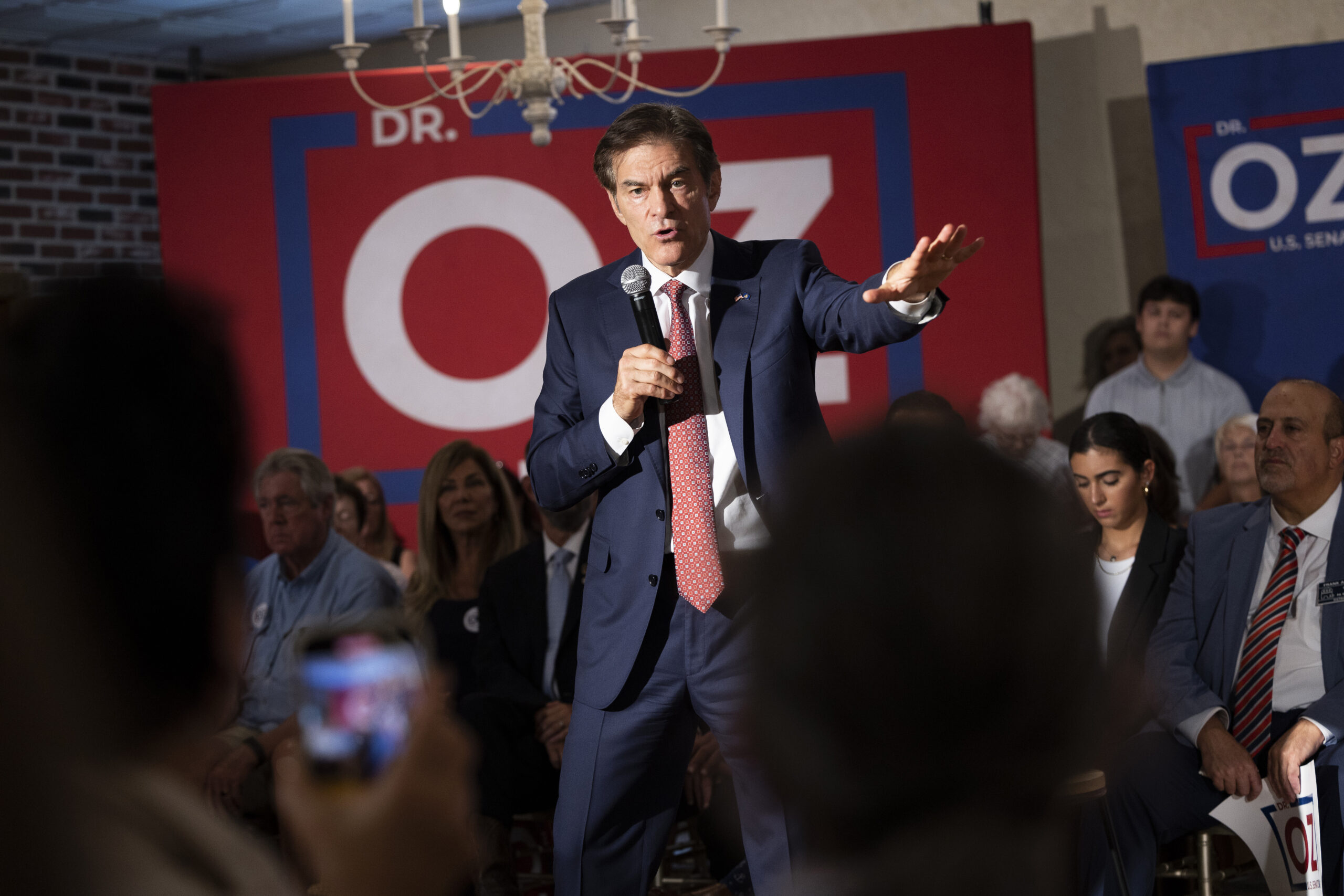 In a bid to woo Black voters Monday, Republican U.S. Senate candidate Mehmet Oz expressed support for laws that would reduce the federal prison population — even as his campaign continues to criticizes his Democratic opponent, John Fetterman, for supporting the release of more Pennsylvania prisoners.

On Monday, Oz held a roundtable with around a dozen Black residents in Philadelphia and released a “Plan to Fight for Black Communities.” In one of the plan’s proposals, Oz endorsed The First Step Act, a federal law passed in 2018 with bipartisan support that had at its center an effort to “reduce the size of the federal prison population.”

The law included provisions that reduce or eliminate mandatory minimum sentences for certain drug convictions, and also allowed people with nonviolent offenses to more quickly be released into halfway homes before their final release. “Dr. Oz believes that we can go further in analyzing federal penalties that are unfair, and reform our system of justice to make sure equal protection under the law is upheld,” Oz’s plan reads. 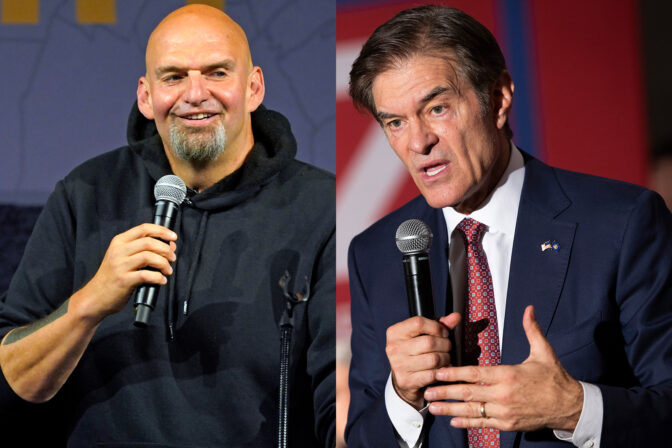 Oz cited the Philadelphia based rapper Meek Mill as an example of a time the criminal justice system was “wrong.” Meek was more than a decade in the criminal-justice system amid dubious criminal charges after a probation violation.

Although the First Step Act received bipartisan support, some Republicans criticized it after learning that hundreds of the first people to receive early release were involved in violent and sexual crimes, despite earlier assurances that it would affect only nonviolent offenders.

Oz’s new stance contrasts with one of the key tactics of his campaign so far, which has been to relentlessly criticize Fetterman for supporting the early release of prisoners. Up until now Oz had singled out a handful of violent offenders that Fetterman wanted released.

“Emptying our prisons means more hardened criminals on the streets, hurting our communities,” said the narrator in one of Oz’s recent ads.

But while this week’s policy statement suggests that Oz too favors some prisoner releases, it’s not clear how much overlap there is with Fetterman’s approach.

The number of prisoners receiving commutations for life sentences under Fetterman increased by more than 700% compared to Gov. Tom Wolf’s first term. The number of pardons per year has roughly doubled since Fetterman took over as chair of Pennsylvania’s Board of Pardons — a position he holds by virtue of being Wolf’s lieutenant governor.

Fetterman’s campaign was quick to cite Oz’s new proposal as a case of saying one thing to Black voters and another to his Republican base. “He just told Black voters that he supports criminal justice reform — at the same time he’s attacking me for freeing innocent men and wanting to reform racist sentencing laws,” said a Fetterman statement.

Britanny Yanick, a spokesperson for the Oz campaign, didn’t respond directly to questions about how Oz’s approach to sentencing reform would be different than Fetterman’s. Instead, she wrote an email that repeated previous campaign statements that Oz would be tougher on crime.

“It’s time to take back our cities from Far Left politicians and woke mobs,” Yanick wrote.

But Liz Komar, a lawyer with the Sentencing Project, said the rationale for easing sentences at the federal level is much the same as doing so for prisoners in state prisons. One of the key principles underlying the First Step Act, she said, is that very few people over 50 continue to commit serious crimes. 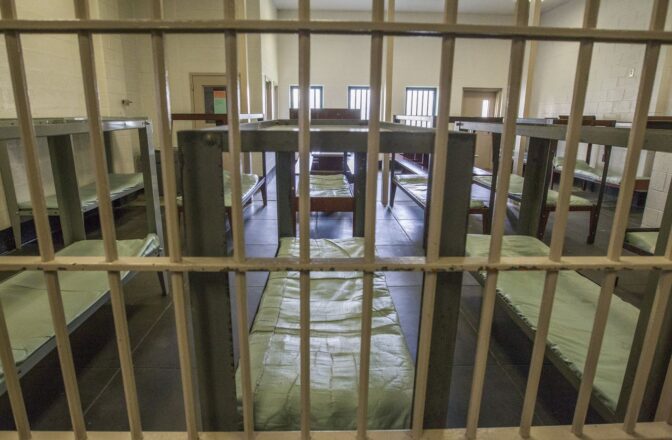 This photo was taken during a May 2015 tour of the Dauphin County Prison.

Pennsylvania has a higher rate of people serving life sentences than federal prisons, she said, in part due to the automatic life sentences from murder convictions.

“Pennsylvania could learn from the federal model,” she said. “Pennsylvania has an opportunity to also revisit some of their most extreme sentences.”

John Pfaff, who teaches criminal law at Fordham University, said that residents in communities that suffer the most violence also tend to be the ones who support the most reforms. “They see the trade-offs between crime and bad enforcement, and they realize that this aggressive punitive approach doesn’t always work,” he said.

State Rep. Chris Rabb, who represents the area of Philadelphia where Oz’s roundtable was held Monday, said Oz didn’t discuss the details of his approach to releasing prisoners early. Nor did he bring up other parts of his plan, such as community policing.

“For too long candidates have come belatedly into black communities and pandered for votes,” said Rabb, whose appearance at the Oz event itself made waves. “But ultimately these candidates want to be policy makers, so they need to lead with what they’re actually going to do. And that’s not what [Oz] did.”