Want to learn more about Pennsylvania’s 2022 election candidates? Learn how to research who is on your ballot, their stances, and who is funding their campaigns. 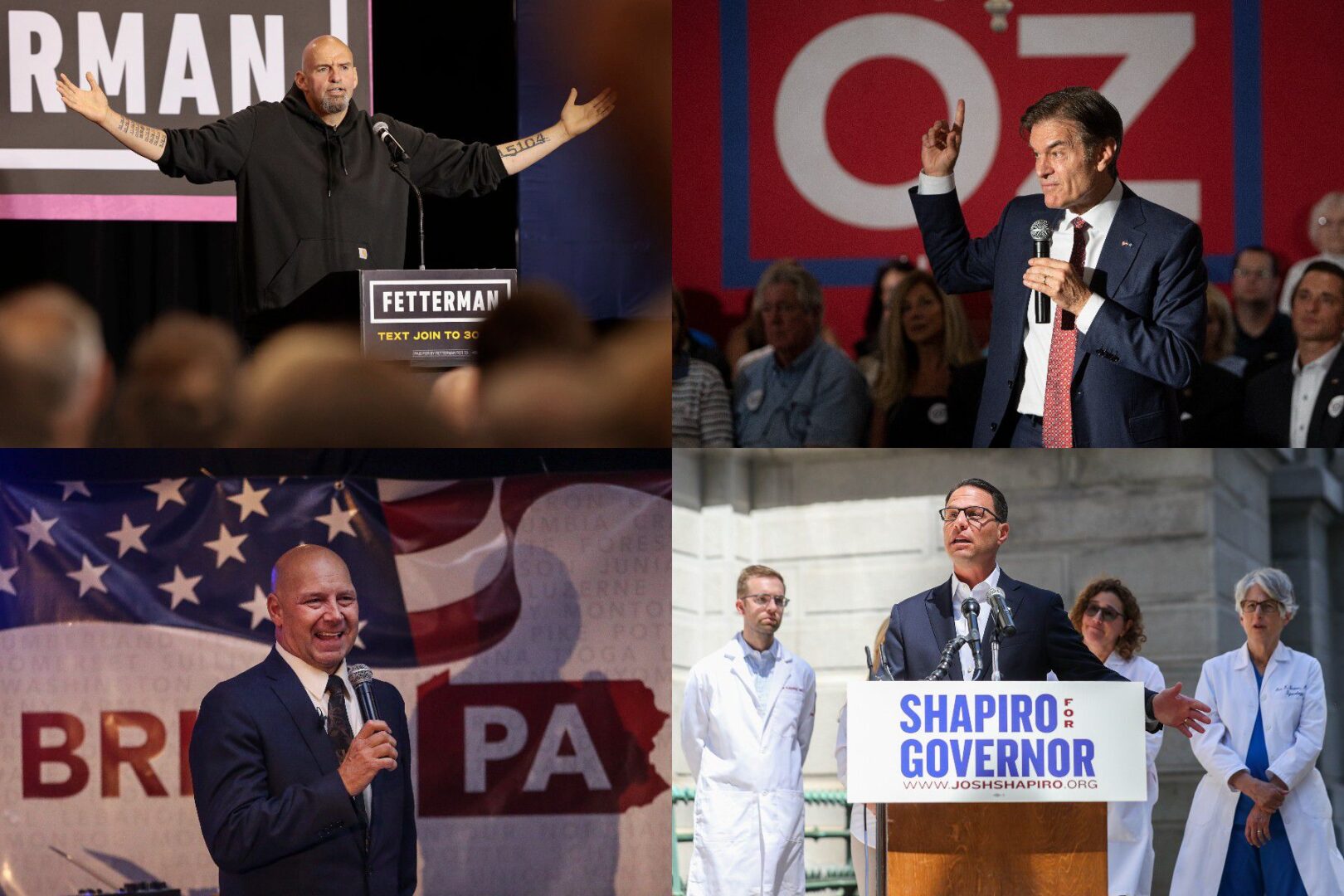 All eyes will be on Pennsylvania this November election as a number of contentious races on the ballot will determine the state’s political future.

In the race for governor, voters will pick between Democrat Josh Shapiro, the state’s attorney general; Republican Doug Mastriano, a state senator; and a handful of third-party candidates.

In the U.S. Senate, where Democrats’ slim margin hangs in the balance, voters here could determine which party controls the chamber in 2023. Representing them will be either Democrat John Fetterman, the current lieutenant governor, or Republican Mehmet Oz, a retired surgeon and TV personality.

While those races may be getting the most media attention, Pennsylvanians will also vote for their U.S. House representatives and lawmakers in the state legislature, where Democrats seek to chip away at the Republican majority in both the state House and Senate.

It’s vital to thoroughly research the candidates on your ballot, and we’re here to help. Here are a few steps you can take to prepare for Nov. 8:

Read everything you need to know about voting by mail.

Voting in person? Use this tool to find your polling place.

Find who is on your ballot

All voters, regardless of where they live, will see the same candidates for governor, lieutenant governor, and U.S. Senate on their ballot.

All voters will also choose their representative to Congress and to the state House. Half of the lawmakers who serve in the state Senate — those in even-number districts — will be up for reelection.

Pennsylvania’s Department of State has a tool that allows you to find your congressional, state House, and state Senate districts. All users need to do is enter their county and address.

Some counties, such as Montgomery County, publish sample ballots. Check with your county election office to get one (see a list of offices here).

BallotReady and the League of Women Voters’ Vote411 initiative also provide sample ballots based on your address.

Read about the candidates

News articles can offer an in-depth look at a candidate, detail how a community perceives them, and raise any potential red flags about the candidate’s beliefs or affiliations. But it’s important to vet the trustworthiness and accuracy of the news source.

To learn how to vet your sources, read this guide to spotting false information by Cornell University, and this guide to analyzing a news source by Melissa Zimdars, a communications professor who researches misinformation.

Spotlight PA has compiled a guide to the governor’s race that breaks down where the candidates stand on key issues. We will also be examining a host of specific issues and the candidates’ positions on them here. The following stories also explore their stances:

For the U.S. Senate race, here are stories that dive into the candidates’ stances:

Use candidates’ names and a search engine to learn more about them. Campaign websites usually provide background on a candidate, list their platform, and detail endorsements they’ve received.

You can also use Facebook’s ad library to explore how candidates or political groups boost their messages across the platform.

You can look up the legislative history of current and former state lawmakers — the bills they’ve authored, supported by becoming a co-sponsor, or voted for — to get an idea of their values and priorities.

Users can search using the legislature’s “Bills by Sponsor” page, selecting the chamber, session, and lawmaker’s name. Sessions refer to the two-year periods between elections. For example, the current legislative session is from January 2021 to November 2022.

To find a lawmaker’s profile page, you can find their name from the roster pages for the state House and Senate.

Find out who is funding their campaign

Under federal and state campaign finance laws, all candidates are required to regularly file paperwork that shows who has given them money and how they spent it. Donations from political committees, organizations, or even individuals can be an indicator of who influences the candidate, and the policies they might support once elected.

Pennsylvania’s Department of State publishes the financial filings for the governor, lieutenant governor, and legislative candidates. The agency has a special website for people to search for and view filings for candidates and political committees. Using the search function, people can search for specific candidates or committees and choose an election year or filing deadline, called cycles, to view.

Candidate profile pages have all the documents they filed to run for office. From there, you can select their committee, and view all of their financial information.

The campaign finance filings list donors, split between small donations and large donations (greater than $250) from individuals and other political committees, plus a list of the campaign’s expenses during that filing period.

For governor, lieutenant governor, and state legislature candidates, the last filing deadline before the election is in late October.

For U.S. Senate and congressional races, candidates’ finances are available on the Federal Election Commission’s website, which also has a searchable database of candidates and committees. The candidate’s profile lists political committees affiliated with them and a breakdown of their finances. Viewers can click on the committee to view the committee’s finances and their campaign finance reports.

Here are the pages for some of the top candidates in the general election:

Mail ballot fight persists in Pennsylvania and other key states, sure to slow count