The forecast produced by the Smoky Mountains website predicts much of the U.S. will start seeing the most dramatic colors by late September to mid-October. 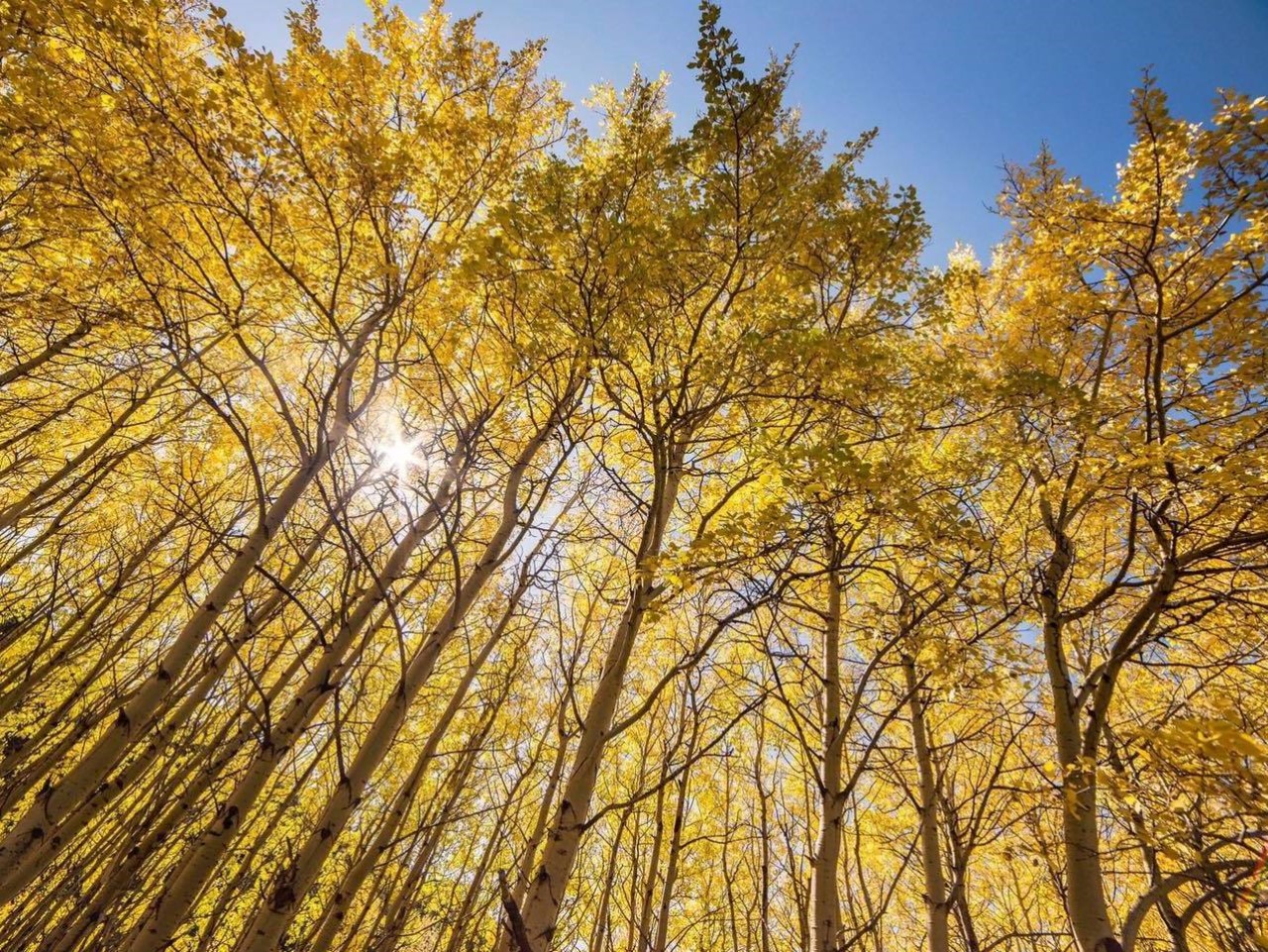 Fall’s dazzling colors will soon transform woods and forests around the U.S., delighting spectators — if they can figure out when to see the fall foliage at the peak of their transformation.

A map of foliage patterns is here to help, offering a best-guess guide to when aspen, birch, larch and maple trees will turn vivid shades of gold, orange and crimson.

The forecast produced by the Smoky Mountains website predicts much of the U.S. will start seeing the most dramatic colors by late September to mid-October. But fall foliage can be very tricky to predict, especially as climate change brings warmer temperatures and disrupts historic rainfall patterns.

The timing comes down to several weather factors

Areas where warm temperatures persist can see fall colors arrive later than normal, especially if they’ve had near-average amounts of rainfall. And right now, the U.S. is coming off its third-hottest summer on record, according to the National Oceanic and Atmospheric Administration.

Dry conditions are another factor. In areas where rainfall has been scarce, leaves could start changing color early this year, and their effect might be less vibrant.

The U.S. Drought Map currently shows large sections of central and western states are experiencing moderate to exceptional drought. Much of the eastern U.S. is in better shape, but portions of the mid-Atlantic and Northeast, from Maryland up to Maine, are experiencing abnormally dry or drought conditions.

“We see a forest that is healthy in the far north but increasingly stressed by heat and drought in the south and near the coast,” Yankee magazine says in its report on the New England region.

The folks behind the Smoky Mountains’ map acknowledge that like any forecast, theirs might not prove to be 100% accurate for every area. But they say their map is based on a complex algorithm that generates a strong prediction.

“Sunny, but not hot, days and cooler nights provide the optimal conditions for fall foliage, with the lower temperatures slowing the production of chlorophyll — the pigment that gives plants their green color — and sunlight increasing sugar production,” according to North Carolina State University’s College of Natural Resources.

Dry conditions in parts of the Northeast have experts warning that people may need to temper their expectations for the fall show.

“The timing might not be the same, the colors might be a little bit more muted and not as beautiful and robust as we usually get to experience here in New England,” as Nicole Keleher, the Massachusetts Department of Conservation and Recreation’s forest health program director, told NPR member station WBUR.

Some areas could be helped by more rainfall — as long as it doesn’t come with strong storm winds that knock leaves down.

“When there is more rain, the colors pop even more,” the National Park Service says, adding, “When there is a cool fall, the red maple leaves appear brighter as well.”

When chlorophyll steps aside, other pigments shine

As trees prepare to conserve their energy for the following spring, some of them also produce another pigment, anthocyanin, that brings striking red and purple colors.

“The falling of the leaves and the changing of the colors are all in preparation for the tree to hunker down and basically hibernate in the wintertime,” Williams said.