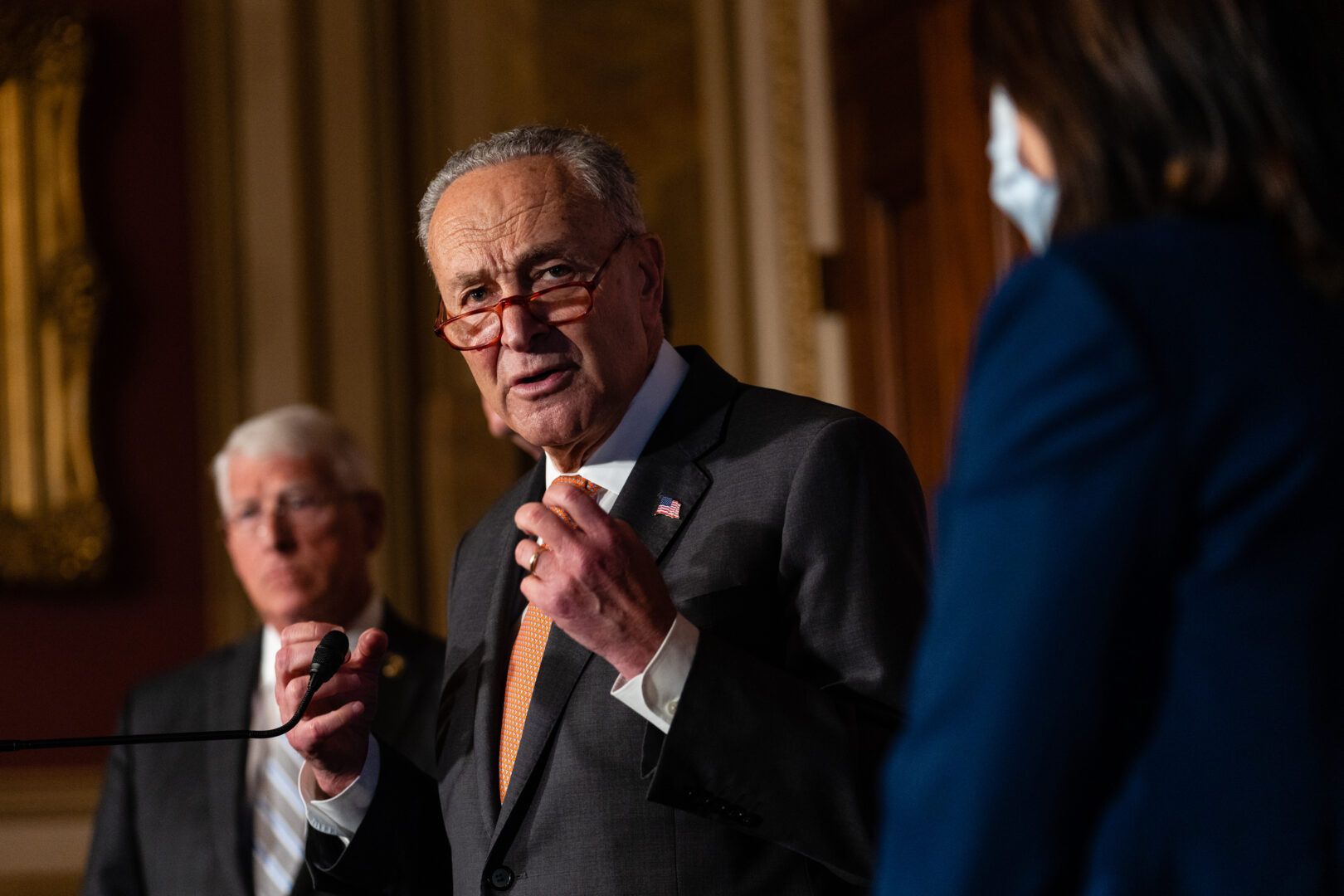 In just under two weeks, the United States went from shirking its climate pledges to breaking ground trying to meet them.

The nearly $370 billion energy and climate spending deal struck between Senate Majority Leader Chuck Schumer and conservative Democrat Joe Manchin would be the single largest federal clean energy investment in U.S. history. While it falls short of the $555 billion package Democrats proposed last year, preliminary assessments of the legislation by climate change modeling experts indicate that it would put the United States in a much stronger position to meet its pledges.

“It really makes me incredibly optimistic,” said Jesse Jenkins, leader of the REPEAT Project at Princeton University, which analyzes the impact of government climate actions.

With the new policies in the bill, Senate Democrats ballparked that the United States could lower its greenhouse gas emission by 40% from 2005 levels by the end of the decade. That does not quite meet President Biden’s stated goal of reducing emissions by at least half at that point.

“It doesn’t get us all the way there on its own, but it keeps us in the climate fight,” said Jenkins.

The Rhodium Group, which in previous projects showed the U.S. falling far short of its climate goals, is still analyzing the text of the legislation but also shared a preliminary assessment.

“It could plausibly put the U.S. on track to reduce emissions by 40% in 2030. Additional action by the Biden administration and states can help close the rest of the gap to the target of a 50-52% cut in emissions by 2030,” said Director Ben King.

The bill still needs to pass procedural steps in the Senate, and secure the support of all 50 Democrats to have a chance at passage via budget reconciliation rules.

But closing in on the country’s topline goals is “exceedingly meaningful,” said Sarah Ladislaw, a managing director at RMI, a nonpartisan organization that’s pushing the country to transition to cleaner energy faster.

She said the Biden Administration set an aggressive climate goal, and “the deepest fear of everybody in the climate community is that pledges are pledges and actions don’t necessarily follow them.” Securing the investments in the reconciliation bill would give such ambitious goals credibility, said Ladislaw.

The newly dubbed “Inflation Reduction Act of 2022” takes aim at transportation and electricity generation, the two most greenhouse gas-polluting sectors of the U.S. economy, according to the Environmental Protection Agency.

It includes $60 billion for the domestic manufacture of clean energy components, in order to grow local supply chains for renewable energy infrastructure such as solar panels and wind turbines.

It also extends tax credits that incentivize the development of wind and solar power projects, and expands them to cover newer energy technologies such as hydrogen power. 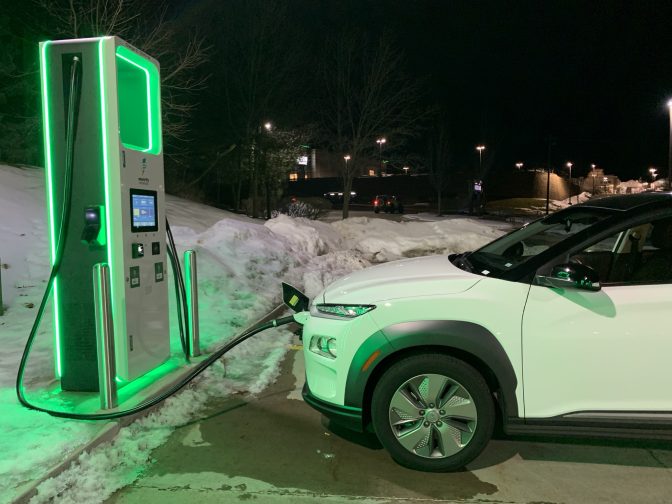 There are also a range of budget lines aimed at boosting the adoption of electric vehicles, making it cheaper for Americans and U.S. companies to switch off gas. Qualifying individuals in the market for an electric vehicle would get a $7,500 tax credit for buying one new, or $4,000 for used.

The sheer scope of proposed spending is unusual, said Ladislaw, noting the inclusion of $60 billion for environmental justice work, part of an existing plan to direct dollars to communities disproportionally suffering the effects of climate change and pollution. A long-debated methane emissions programs would reduce climate-warming pollution from fossil fuel production.

From subsidizing manufacturing and construction, to mitigating pollution, to making green technology more affordable for consumers, “it just has the full suite of things that you would want to see in a piece of energy legislation that takes seriously the transition that we need,” said Ladislaw.

Compromises win over many, but not all

Although many Democrats and climate advocates have come around to compromises made to get Manchin on board, language about new oil and gas production soured some climate activists’ support.

Brett Hartl, government affairs director at the Center for Biological Diversity, called provisions to permit leasing for oil and gas drilling on public lands and offshore waters “a climate suicide pact” and a blow to the communities that live nearby.

“More oil and gas leasing is completely incompatible with maintaining a livable planet, so we’re forced to fight this,” said Hartl.

“We are very concerned about this bill’s potential negative impact on energy prices and American competitiveness, especially in the midst of a global energy crisis and record high inflation,” said Anne Bradbury, CEO of the American Exploration and Production Council, a lobbying group for oil and gas producers.

But the approach of supporting renewable energy technology and continued fossil fuel extraction did win support from others in the fossil fuel field.

“We’re excited to see the way that this has played out and what language actually has made it into this proposed piece of legislation,” said Erik Milito, president of the National Ocean Industries Association, a group that represents both offshore wind and offshore oil and gas producers.

Supporters are hoping that these compromises, if successful in getting through Congress, will also help make the policy stick.

“It’s clearly a necessary trade off politically,” said Jenkins. “If the alternative is no bill, then this is clearly preferential.”

What to know about Pa. DEP's newest plan to reduce pollution to the Chesapeake Bay