Ollie Wenditz, 13, spoke at the meeting: "I am interested in sports, and if I were to try out for the basketball team, I would not at all want to be on the girls' team. That would make me feel uncomfortable and not true to myself." 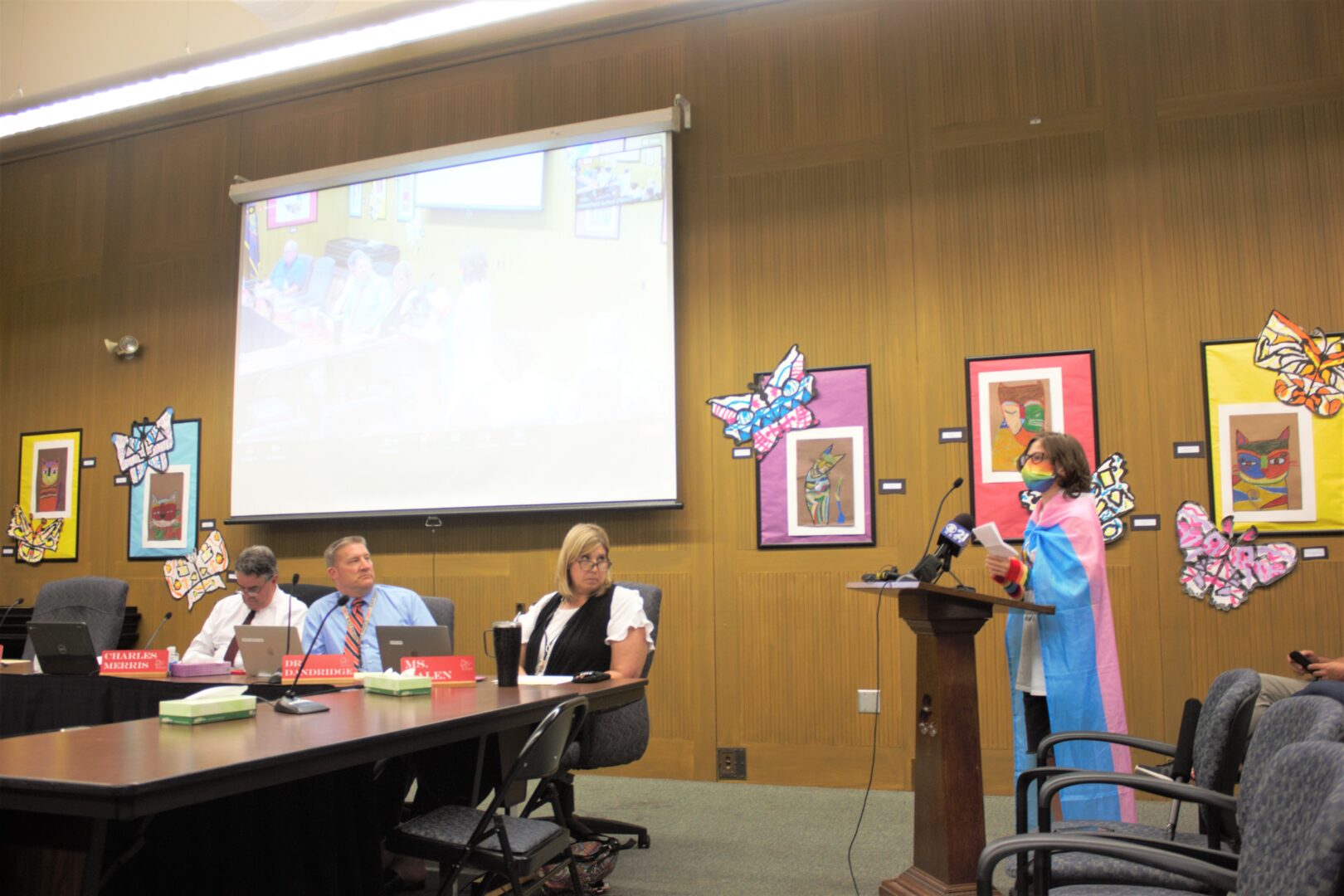 Ollie Wenditz, 13, spoke at the meeting: "I am interested in sports, and if I were to try out for the basketball team, I would not at all want to be on the girls' team. That would make me feel uncomfortable and not true to myself."

Hempfield School District in Lancaster County will adopt a policy prohibiting transgender student athletes from competing in teams that correspond with their gender identity. It is believed to be the first school district in Pennsylvania to pass such a ban.

The board voted 6-2 on Tuesday night to approve the policy, which takes effect immediately.

Board members who voted for the policy say the goal is to ensure girls have equal athletic opportunities in sports.

Jim Maurer, who voted against the policy along with Mike Donato, says it is exclusionary and will lead to costly legal fights with parents in the district.

“As the Chair of the Finance Committee, we need to be responsible for fiscal responsibility in this school district. I believe we’re at risk for further lawsuits in the future, which will take away dollars that should be available for the educational needs of our students,”  Maurer said.

Legal experts say the district could risk violating Title IX, a federal law that states that no person will be discriminated against on the basis of sex “under any education program or activity receiving federal financial assistance.” U.S. Department of Education rules say gender identity and sexual orientation are categories protected under Title IX.

The Education Law Center, a nonprofit legal advocacy group, wrote an open letter to the district, citing concerns from parents and community members. Attorneys from the center said the school district could lose federal funding if the federal education department finds a violation of Title IX.

The lawyers wrote the policy “will be in direct violation of Title IX” and said past court decisions show the law’’s “nondiscrimination mandate ensures LGBTQ students and others have equitable access to education free from sex discrimination.”

Lynn Wenditz, a parent of a trans student, was one of the parents opposed to the policy.

“I’ve heard such awful, vile, disgusting things come out of residents’ mouths, regarding transgender students here. My son hears that. He internalizes that. I tried to shield him, and protect him as best I can, as any parent should. He hears these decisions you guys are making,” she said. “And that tells him that he’s not good enough, that there’s something wrong with him.”

Another community member, Richard Boyer, spoke in favor of the policy.

“Preserving the equality and integrity for girls sports ensures that there are future opportunities to excel as an athlete and represent Hempfield. To the board members that will be voting against this policy: Good luck in your future endeavors as your time in that seat will end and you will be replaced. ,” Boyer said,

The policy was crafted in collaboration with the Independence Law Center, a Harrisburg-based firm that has litigated against transgender rights in schools. The center is affiliated with the Pennsylvania Family Institute, a nonprofit that advocates for what it calls traditional family values and “religious freedom.”