SAN RAFAEL, CALIFORNIA - NOVEMBER 07: Packages of Juul mint flavored e-cigarettes are displayed at San Rafael Smokeshop on November 07, 2019 in San Rafael, California. Juul, a leading e-cigarette company, announced that it is halting sales of their popular mint flavor e-cigarette after the release of two studies that showed a surge in teen use.

The FDA orders Juul to pull all of its vaping products from the U.S. market 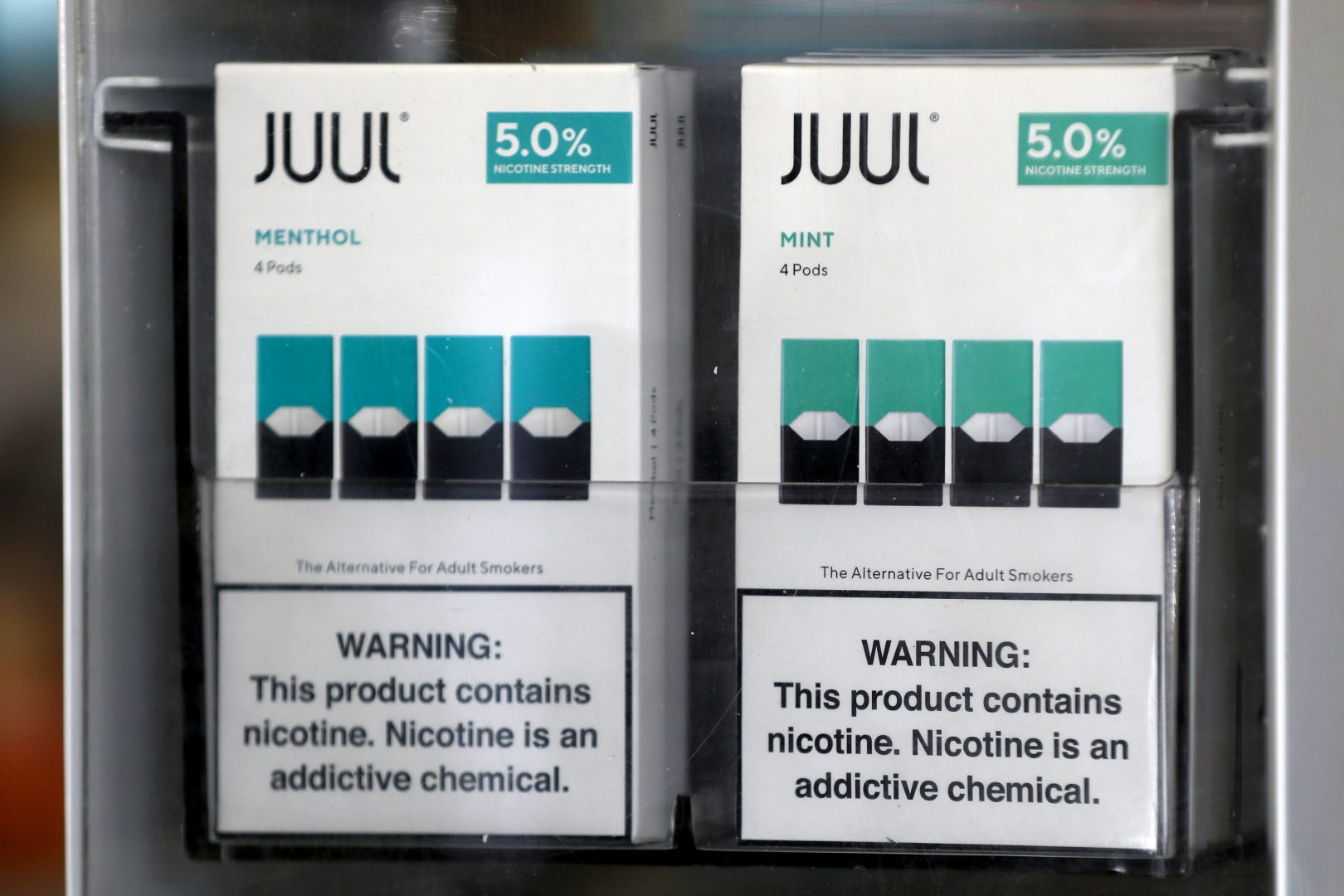 SAN RAFAEL, CALIFORNIA - NOVEMBER 07: Packages of Juul mint flavored e-cigarettes are displayed at San Rafael Smokeshop on November 07, 2019 in San Rafael, California. Juul, a leading e-cigarette company, announced that it is halting sales of their popular mint flavor e-cigarette after the release of two studies that showed a surge in teen use.

The Food and Drug Administration has issued a marketing denial order to Juul, telling the company to remove its e-cigarettes from the U.S. marketplace — a decision that promises to shake up the vaping market.

The decision applies to “all of their products currently marketed in the United States,” the FDA said.

Citing the FDA’s review of Juul, which accounts for a large portion of the U.S. e-cigarette market, FDA Commissioner Robert M. Califf stated, “We recognize these make up a significant part of the available products and many have played a disproportionate role in the rise in youth vaping.”

The decision comes nearly two years after Juul submitted its application to the FDA, hoping to continue selling its products.

As news of the FDA’s decision emerged, it was welcomed by the advocacy group PAVe, or Parents Against Vaping e-cigarettes.

“JUUL will finally be held accountable for creating the youth vaping epidemic, and igniting a new industry of highly-addictive flavored products that are harming millions of American kids,” the group’s founders, Meredith Berkman and Dorian Fuhrman, told NPR via email.

“This is an enormous step in the right direction,” they added.

But the decision incensed Amanda Wheeler, the president of the American Vapor Manufacturers Association.

Wheeler accused the FDA of waging a “campaign of regulatory arson against the nicotine vaping products that millions of Americans rely on as an alternative to cigarettes.” It was a sign, she said, of the FDA’s “staggering indifference to ordinary Americans and their right to switch” to vaping.

The FDA’s denial could signal a dramatic shift in how regulators view e-cigarettes. Their supporters credit Juul and other vape companies with offering addicted smokers a less harmful alternative to cigarettes.

The FDA itself acknowledges that potential. In recent months, it has authorized other companies’ vape devices and products — but only after the agency became convinced the companies are doing enough to steer clear of youths.

In March, for instance, the FDA stated that in one case it reviewed, “the likely benefit for adult smokers who significantly reduce their cigarette use … outweighs the risk to youth, provided that the company follows postmarketing requirements to reduce youth access and youth exposure to their marketing.”

Critics say the process of vaping highly addictive nicotine has its own health risks — and they’ve accused Juul of targeting minors through its marketing practices and youth-friendly flavors. In recent years, the pushback prompted Juul to eliminate flavors such as mango and crème. It now sells just two variations: tobacco and menthol.

According to the FDA, nearly 10.7 million young people from 12-17 years old have used e-cigarettes or are open to trying them.

Who you'll hear from and what to expect in today's Jan. 6 House committee hearing