The grave of Wade Ayres as the Office of Army Cemeteries prepare to disinter eight Native American graves at the Carlisle Barracks on June 10, 2022. There children were students at the Carlisle Indian Industrial School operated by the Department of the Interior until 1919. 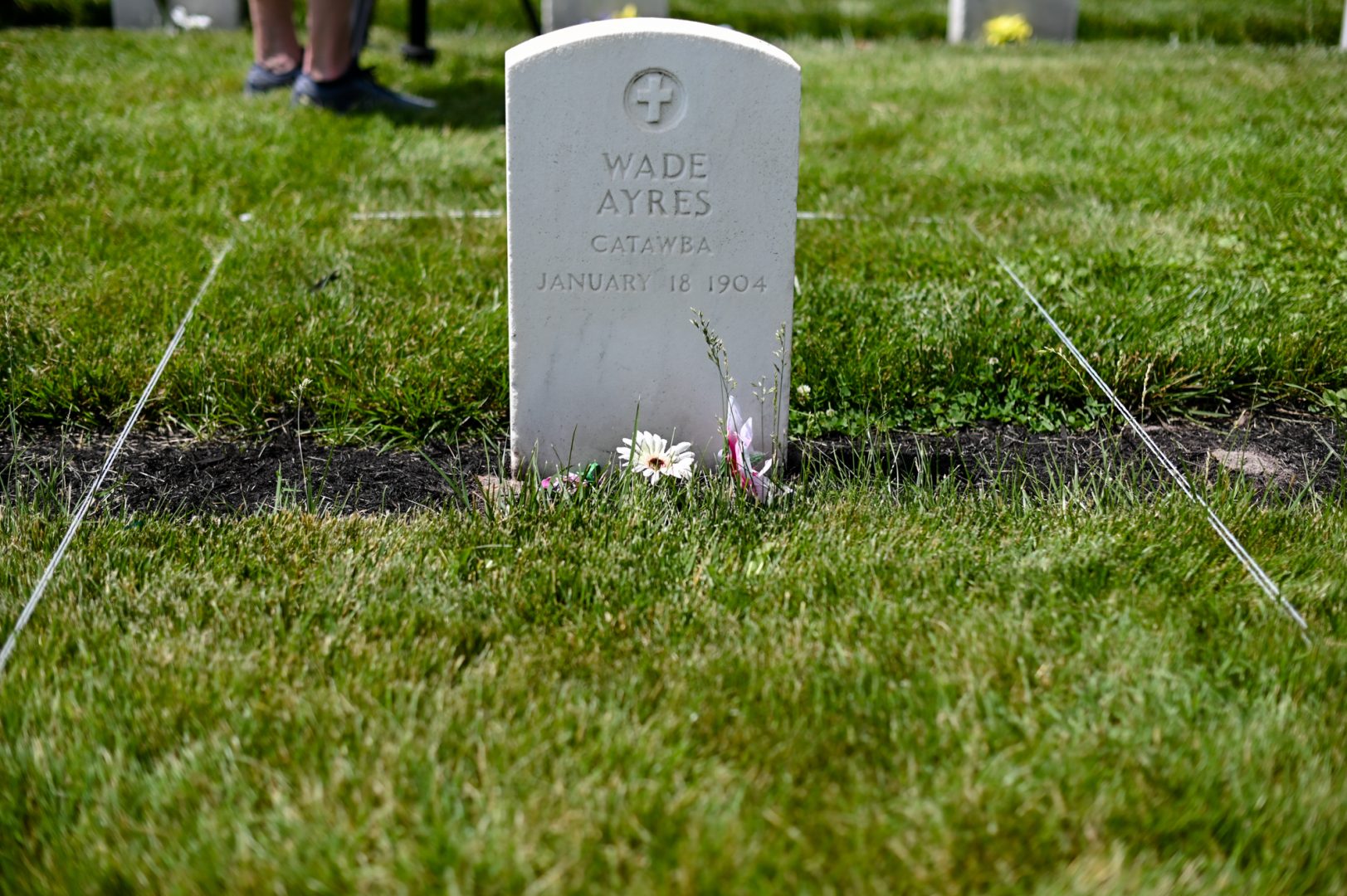 The grave of Wade Ayres as the Office of Army Cemeteries prepare to disinter eight Native American graves at the Carlisle Barracks on June 10, 2022. There children were students at the Carlisle Indian Industrial School operated by the Department of the Interior until 1919.

The tombstone bore the name of Wade Ayres, a Native American boy who died at a government-run boarding school in Pennsylvania more than a century ago and was thought to have been buried on the grounds of what is now a U.S. Army base.

But when the Army exhumed grave B-13 over on Saturday, intending to repatriate the boy’s remains to the Catawba Indian Nation of South Carolina, they did not match those of a male age 13 or 14. Instead, they belonged to a female age 15 to 20, the Army said in a statement.

Her remains were reburied in the same grave on Monday and marked unknown.

“The Army is committed to seeking more information in an effort to determine where the remains of Wade Ayres are buried so that he may be returned to his family and the Catawba nation,” the Army said.

Messages were sent to Catawba and Army officials on Tuesday seeking more information about efforts to locate Wade. It was also unclear whether the Army is seeking to match the unidentified female to a tribe.

The discovery came as the Army disinters the remains of eight Native American children who died at the government-run Carlisle Indian Industrial School. The disinterment process began earlier this month and is the fifth such project at Carlisle, the home of the U.S. Army War College.

The Army transferred more than 20 sets of Native American remains from Carlisle in earlier years, but its repatriation efforts have not always gone as planned. In 2017, a grave thought to belong to a 10-year-old child actually contained two sets of remains, from a teenage male and a person of undetermined age and sex.

There could be a number of reasons why remains do not match cemetery records, including shifting ground, poor record-keeping and a mixup at the time of burial, said University of South Florida forensic anthropologist Erin Kimmerle.

“Unfortunately, it happens all the time,” Kimmerle said in a phone interview Tuesday. “I’ve probably done 40 different exhumations in known, existing cemeteries and every cemetery had issues.”

The Carlisle cemetery was relocated in 1927 to make way for new construction at the base, according to the Carlisle Indian School Digital Resource Center at Dickinson College. Kimmerle said it’s possible that graves were switched at that time. She said she suspects Wade might be buried nearby.

More than 10,000 children from more than 140 tribes passed through the Carlisle school between 1879 and 1918, including famous Olympian Jim Thorpe, as part of a U.S. policy to force Native American children to assimilate to white society.

The school sought to separate Native children from their cultures, cutting their braids, dressing them in military-style uniforms and punishing them for speaking their native languages.

Some 186 children originally were buried in the cemetery at the site.

Pa. Republican lawmakers block assault-style gun ban for those under 21