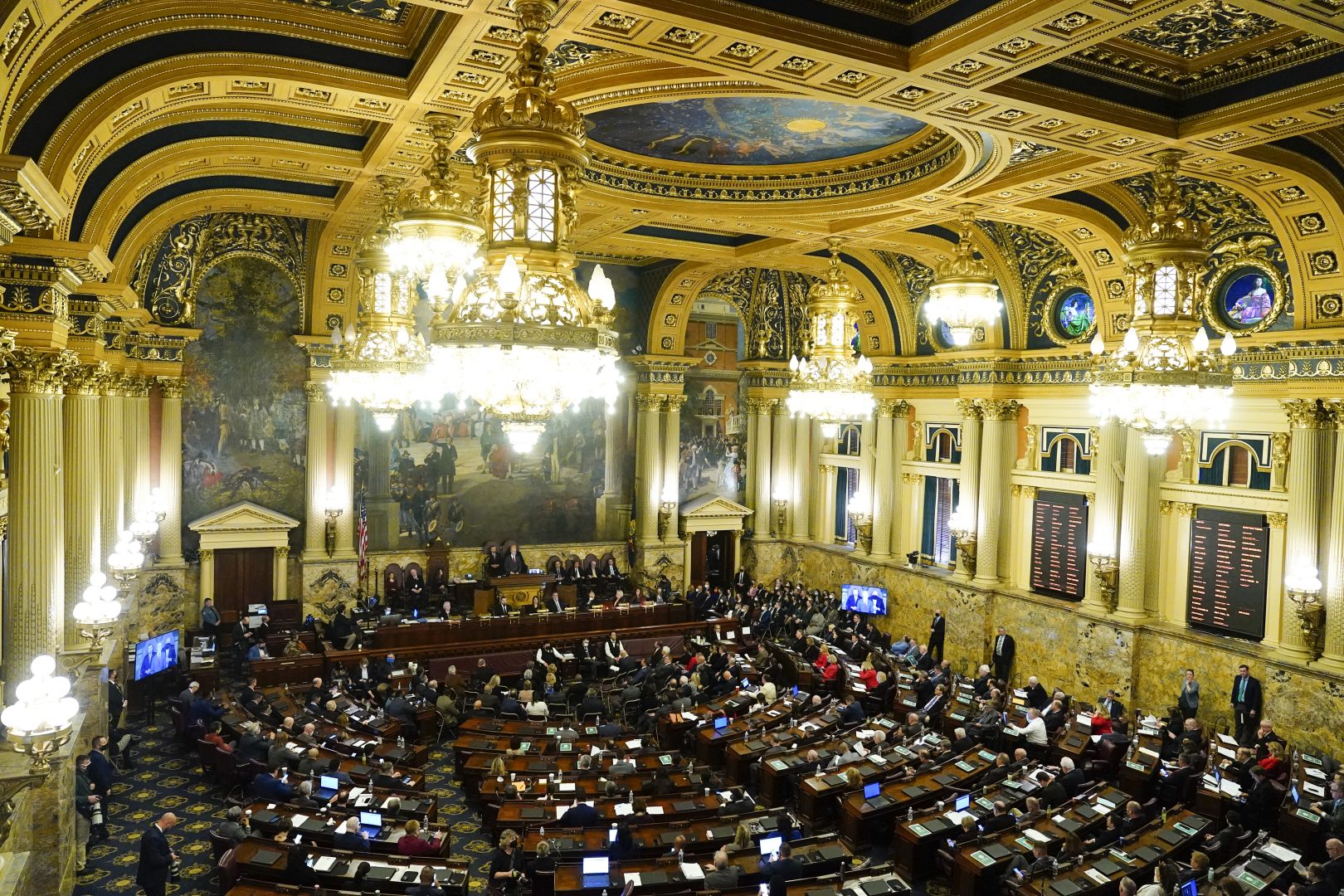 Pennsylvania’s Senate approved two competing plans Wednesday to slash the state’s corporate net income tax rate, although Democrats warned the bills are premature because there is no agreement with Gov. Tom Wolf.

The bills passed on a nearly party-line basis, 31-19, in twin votes in the Republican-controlled chamber. Two Democrats sided with every Republican senator in voting for the bills.

Sen. Vincent Hughes (D-Montgomery) was among those who voted ‘no.’ He said he supports a lower corporate income tax rate that’s coupled with other economic boosters.

Wolf, a Democrat, has said he is optimistic about coming to an agreement with Republican lawmakers on a plan to cut taxes for corporations that pay Pennsylvania’s 9.99% tax rate, one of the nation’s highest.

However, Wolf has yet to agree to any such plan as part of budget negotiations ahead of the July 1 start of the new fiscal year, Democrats say. Wolf is aiming for a 2% corporate income tax cut by next January, an idea he outlined in the the state spending proposal he introduced earlier this year.

“[That] would broaden the tax base and ensure a more level playing field among businesses,” spokeswoman Beth Rementer said in an email.

One of the bills approved Wednesday would reduce the rate by a half-percentage point annually until it reaches 6.99%, costing the state just over $1 billion annually by the 2026-27 fiscal year, according to Wolf administration estimates.

Sen. Ryan Aument (R-Lancaster), who is sponsoring that measure, said during floor debate that lawmakers have to do more to encourage firms to set up shop in Pennsylvania.

“The first step to achieving those goals is to make the state’s corporate net income tax rate competitive with that of our neighboring states,” Aument said.

The state House of Representatives in April passed yet another plan that has been sitting in the Senate.

For years, Wolf has sought a tax cut, but with structural changes to crack down on tax avoidance that were opposed by the Pennsylvania Chamber of Business and Industry. Talks this year have centered on giving auditors more power to prevent tax avoidance or inserting triggers to reduce the rate if certain revenue thresholds are met.

The state’s bank accounts are now flush with $12 billion in reserves and surpluses, boosted by inflation and an economy juiced with federal pandemic subsidies. That has given lawmakers more incentive to cut taxes.

Over time, corporate tax collections in Pennsylvania have shrunk from about 20% of all tax collections in the 1999-2000 fiscal year to about 15% in the 2020-21 fiscal year, largely because of the Legislature’s passage of a law that ended a separate tax on business assets. Companies paid around $4.3 billion in corporate income taxes in the last fiscal year, according to the state’s Independent Fiscal Office.

During a visit to Philadelphia, President Biden focuses on workers as high inflation remains a risk