During a visit to Philadelphia, President Biden focuses on workers as high inflation remains a risk

The speech before the AFL-CIO convention in Philadelphia was the president's attempt to reset the terms of the debate on the economy. 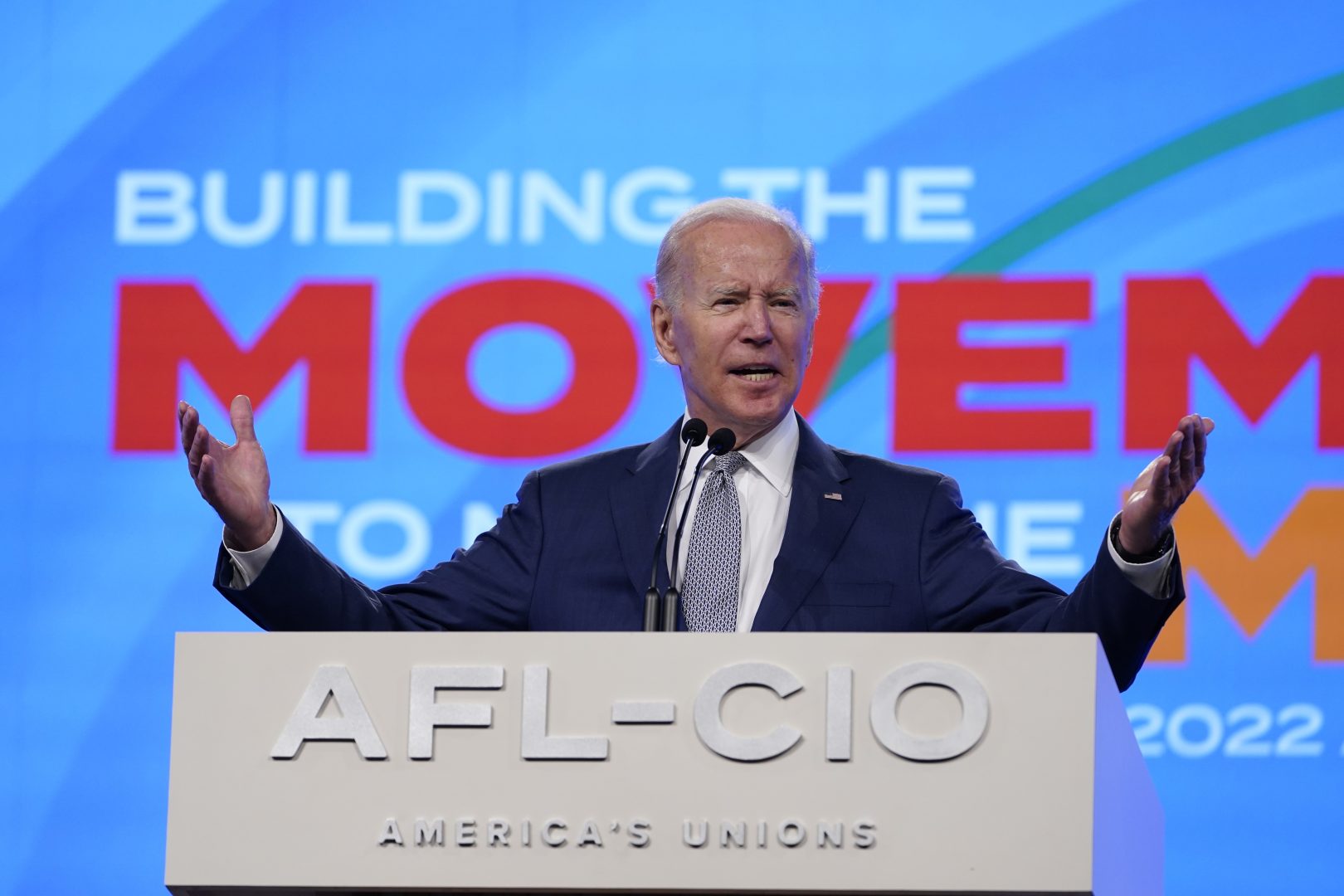 President Joe Biden told the largest federation of labor unions on Tuesday that he’s working to rebuild the U.S. economy around workers, an attempt to draw a contrast with Republicans who have increasingly attracted blue-collar votes.

“We should encourage unions,” Biden said. “I’m not just saying that to be pro-union. I’m saying it because I’m pro-American.”

The speech before the AFL-CIO convention in Philadelphia was the president’s attempt to reset the terms of the debate on the economy as the president’s own approval ratings have slid while consumer prices and the cost of gasoline have surged.

Inflation at a more than 40-year high has caused voters to sour on the economy, despite a recovery after the pandemic-induced downturn that has led to robust hiring and a healthy 3.6% unemployment rate. The president on Tuesday tried to remind his audience of the food lines and layoffs during the coronavirus pandemic that preceded his presidency, contrasting that with the improvements in household balance sheets under his watch. 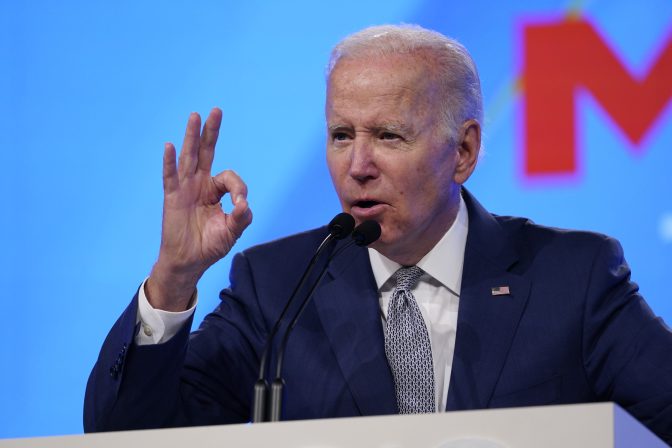 But even as the economy has quickly amassed jobs, inflation has left many workers feeling worse off as wages have not kept up with the costs of living. The Labor Department said Friday that average hourly earnings, after adjusting for inflation, have fallen 3% over the past year.

Inflation has left Biden and Democrats’ control of the House and Senate vulnerable in the upcoming midterm elections. Republican lawmakers have blamed the president’s $1.9 trillion coronavirus relief package for causing inflation to start rising last year. GOP lawmakers also say the Biden administration has been too restrictive on domestic oil production.

Biden says the GOP is focused on cutting taxes for companies and the wealthy. Republicans argue that their 2017 tax overhaul created a firmer base for growth by reducing corporate tax rates, making U.S. companies more competitive. They say enabling companies and individuals to hold on to more of what they earn will boost growth, while Biden counters that laws enabling unionization and boosting child care benefits for families will lead to growth through a stronger middle class.

Biden has tried to take specific aim at a proposal by Sen. Rick Scott, R-Fla., that suggests all Americans should owe federal income taxes. Many Republican lawmakers have either disowned the proposal or offered caveats, since tax credits are a means of financial support for poorer and middle class U.S. families.

“Republicans have it all backwards: Their plan literally calls for increasing taxes on middle class and working people and cutting taxes on corporations and wealthy Americans,” Biden said. “I believe in bipartisanship, but I have no illusions about this Republican Party, the MAGA party.”

The president faces an uphill battle in restoring union membership, which has declined for decades as it became harder to organize workers and many factory jobs moved away from communities with a history of unionization. Only 10.3% of U.S. workers belonged to a union last year, down from 20.1% in 1983, according to the Bureau of Labor Statistics.

The nature of who belongs to unions has also changed over time as nearly half of union members work for the government. Just 7.7% of manufacturing workers and 12.6% of construction workers hold a union card, as the movement’s blue-collar roots have diversified into white-collar professions.

Despite the decline in unionization, the movement still generates value. Government figures show that the median unionized worker earns about $10,000 more annually than a worker without a union.