Gov. Tom Wolf and the legislature must agree to a budget by June 30.

Pennsylvania is sitting on billions in stimulus money. Lawmakers may actually agree on a plan to spend some of it.

With the June 30 deadline to pass a budget approaching, Republican lawmakers who had previously shunned additional spending seem to be warming to the idea. 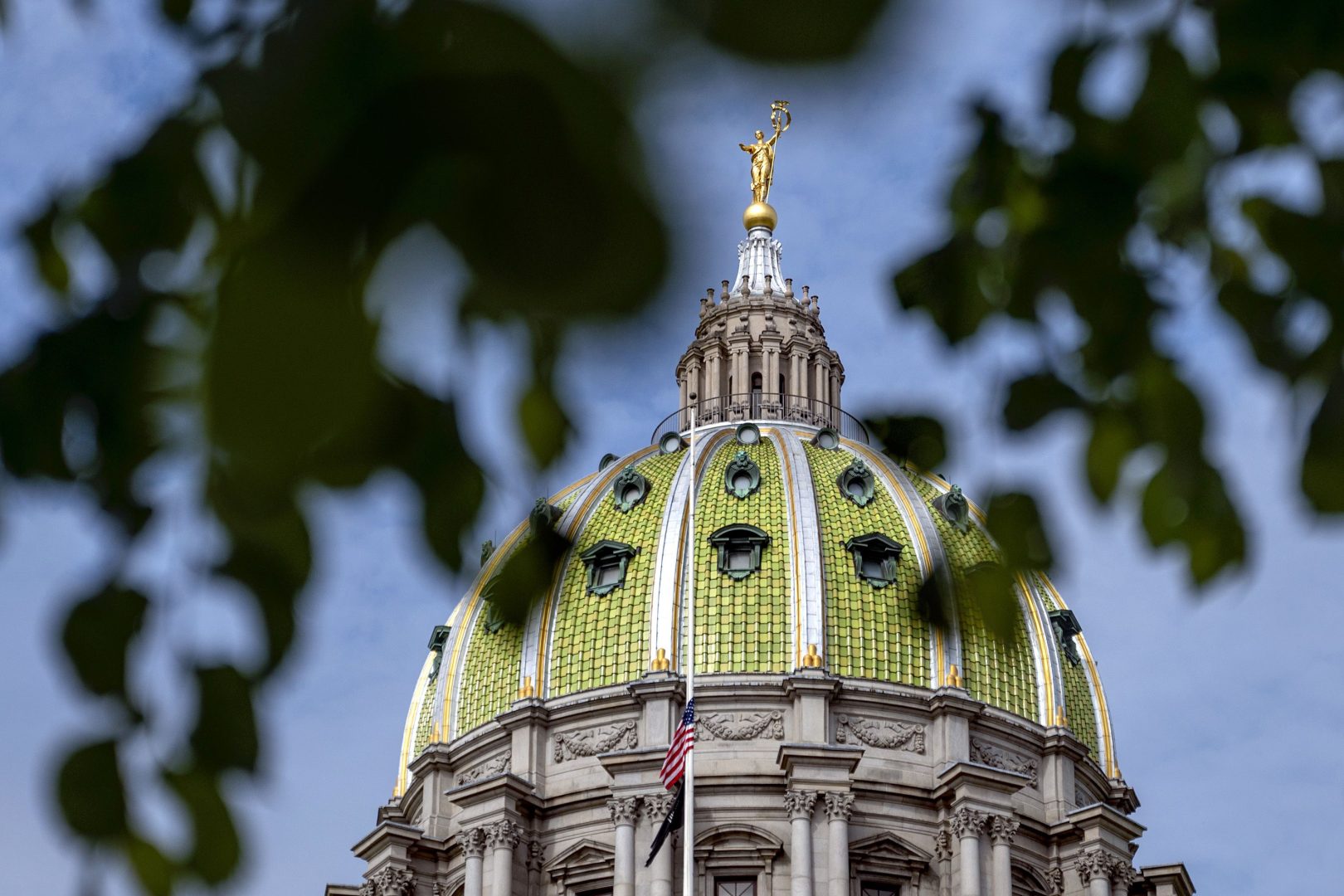 Gov. Tom Wolf and the legislature must agree to a budget by June 30.

(Harrisburg) — As the June 30 deadline for the Pennsylvania legislature to pass a new budget approaches, support for spending some of the state’s billions in remaining stimulus money and surplus tax revenue is gaining bipartisan traction.

Discussions are preliminary, and top budget negotiators stressed on the record that nothing was yet concrete.

But lawmakers, lobbyists, and top staff pointed to a number of small bipartisan proposals percolating across the Capitol — on issues from the environment to child care — that could be the building blocks of a spending plan. 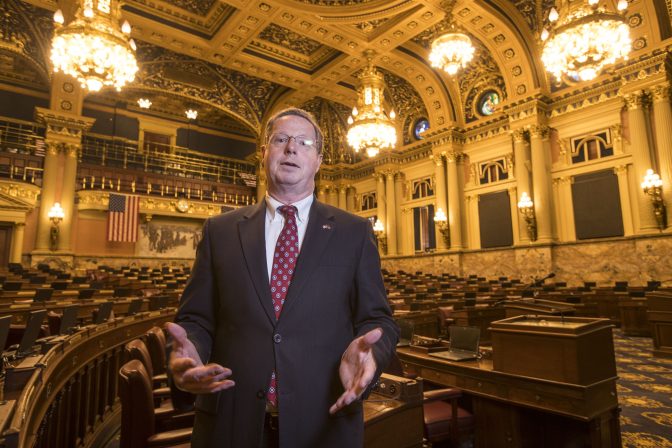 Every year, Pennsylvania’s governor and legislature must agree on how to route tens of billions of dollars to education, criminal justice, economic development, and human services — decisions that affect every Pennsylvanian.

Negotiations are a delicate affair. During Gov. Tom Wolf’s first term, the state had less money than expected, causing drawn out budget impasses between the Democrat and Republicans who control the legislature.

Pennsylvania’s financial picture has changed in recent years, with the state’s coffers getting a $7.9 billion boost from stimulus money in 2021. In response, Wolf and his legislative allies called on the legislature to spend some of that windfall on higher education, paid family leave, and school repairs, among other priorities.

Instead, Wolf and legislative Republicans agreed last year to boost overall education funding, and used much of the stimulus money on general government operations rather than new programs, squirreling away billions more for a rainy day.

Earlier this year, Wolf released a budget proposal that would appropriate billions more to education and infrastructure. Republicans countered that additional spending would be fiscally irresponsible. 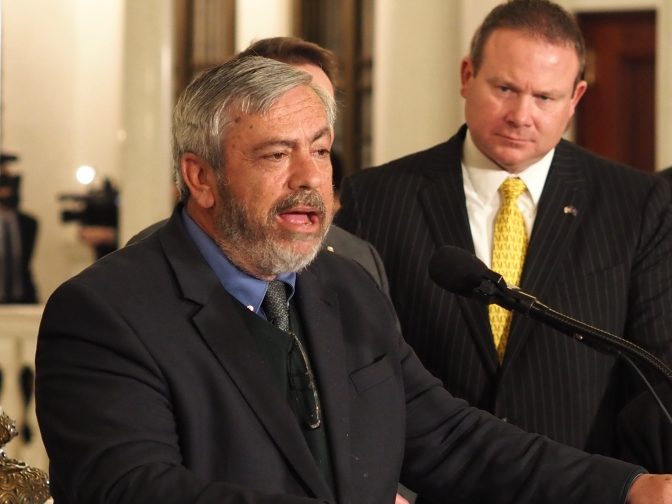 But with negotiations now beginning in earnest, that tune has now changed, with some Republicans signing on to or offering up projects as ways to spend the state’s surplus. Pennsylvania still has $2.2 billion in remaining stimulus money, and at least $4.9 billion in surplus tax revenue.

One area with bipartisan support is spending on the environment, including clean water projects, land preservation, and overdue repairs to state parks.

Lawmakers are also considering putting some of that money toward the cleanup of the Chesapeake Bay, of which the Susquehanna River is a key tributary.

Runoff from Pennsylvania farms often pollutes the bay by way of the river, and federal regulators have said that the state isn’t doing enough to fix the problem.

Saylor mentioned the Susquehanna River basin as an issue that “we’re going to be taking care of” this year, though he did not offer details.

Insiders pointed to a bipartisan bill from state Rep. Lynda Schlegel Culver (R., Northumberland) that would put $500 million of stimulus money into such projects, especially those in the basin.

Other issues that are getting Republican attention include more state funding for child care and pre-K, nursing homes — a perennial recipient of funds — and housing.

Progressive lawmakers have been building bipartisan support for a broad housing plan known as the Whole Homes Repair Fund, which would use stimulus money to provide grants to homeowners and landlords alike to make renovations big and small. 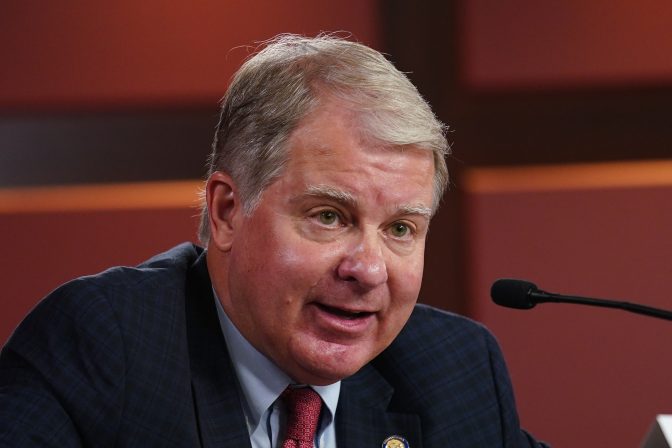 Representing part of the Coal Region, Argall said that he’s often sought state dollars to demolish old, rickety houses. Now, as his region attracts new employers, he’s switched gears to asking for money to “fix these houses up before they collapse” — potentially saving the state dollars in the end.

Argall said he talked with Browne about the issue this week.

Insiders questioned whether an election year spending spree could pass muster with more conservative lawmakers in the state House.

Both Browne and Saylor, the senior Republicans charged with negotiating the budget, lost their primary elections this year, potentially empowering dissident members who oppose new spending.

Legislative Republicans’ messaging has also been critical of spending seen as excessive, such as Wolf’s proposal to use the stimulus money to send some Pennsylvanians $2,000 checks.

The state House Republican Policy Committee, which develops and messages policy goals, is set to focus on inflation this week. One planned meeting is called “How Radical Liberal Policies Have Driven Inflation to Historic Highs.”

The state’s current windfall, Rowe said, needs “to be spent on single-use issues” such as infrastructure projects, “as opposed to setting up new bureaucracies, new agencies, new spending that we’re going to have to then continue to appropriate for going forward, because this money is not coming back again.”

Rowe said he’ll wait to see the final budget plan before making a decision on how he’ll vote.

Democrats, who have their own spending priorities, expressed optimism that a deal could be reached.

While acknowledging that “the vibe” from the recent primaries didn’t seem conducive to compromise, state House Minority Leader Joanna McClinton (D., Philadelphia) said this year’s surplus should be an incentive for both sides “to negotiate in good faith and really get it out the door to folk who are struggling.”

“To do nothing,” she added, “is not acceptable.”

Pennsylvania families facing food insecurity can get help this summer