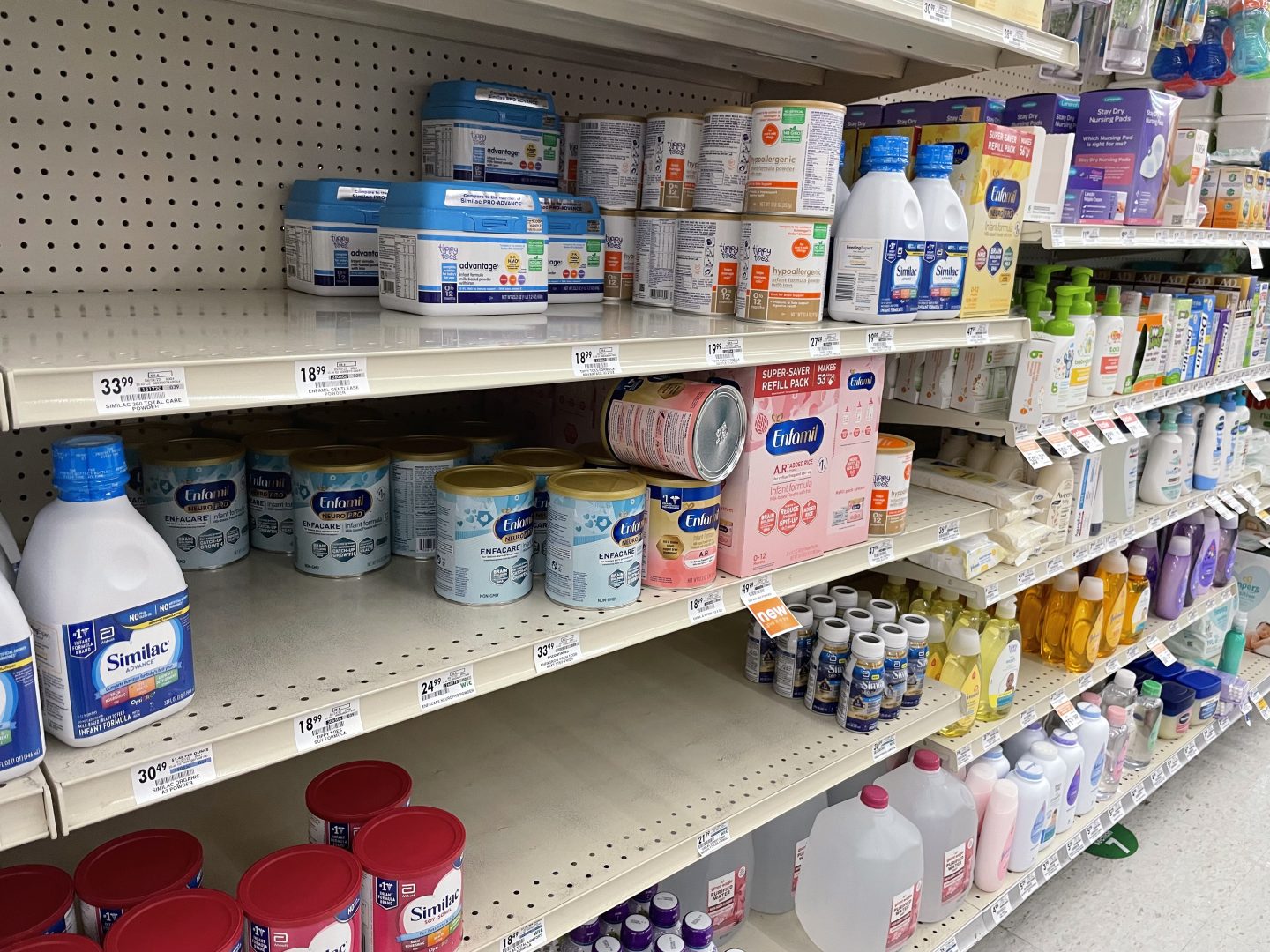 Having family members scour stores in other cities and states.

“Literally, in the last week, it’s been nowhere to be found,” said Ross Township mother Deanna Tomaselli of the Enfamil Neuropro her 11-month-old daughter eats.

“I have enough for probably a month or so, but I don’t know what’s going to happen after that,” said Erin Arnold, who lives in Jefferson County and has a six-month-old baby.

Formula has been impacted by the supply-chain issues that have roiled the economy in the wake of the pandemic. The issue was exacerbated earlier this year when manufacturer Abbott Nutrition recalled some formula after four babies were hospitalized and two died after being sickened by its product. Some retailers have also limited how many items customers can purchase.

Mollie Lust, who lives in the Observatory Hill neighborhood in Pittsburgh’s North Side, said the recall wiped out much of the formula she had purchased. “We have family members in like seven different states looking for it, mailing it to us if they can find it,” she said.

The issue has drawn the ire of Congress.

The U.S. House Energy and Commerce Committee has said it will hold a hearing on the issue later this month.

The recall “exacerbated the already-dire situation,” U.S. Senator Bob Casey said in a letter last month to the commissioner of the Food and Drug Administration.

“While many infant formulas are interchangeable from a health or regulatory perspective, parents of infants who rely on formula to supplement breastmilk or as a sole source of nutrition find that in practice, infants often prefer certain formulations. Additionally, some infants develop allergies or sensitivities that require the use of specific formulas to ensure the infant’s continued health and growth… Furthermore, infant formula is expensive, and the sudden drop in supply caused by the recall is likely to drive up prices even further,” Casey and his Senate Democratic colleague Sherrod Brown wrote.

The shortage has risen in visibility as Republicans have attacked President Joe Biden on the issue; the White House addressed it during a press briefing Monday. On Thursday, the White House said the President met with retailers and manufacturers about the issue.

The Food and Drug Administration said in a statement this week it recognizes the supply issues and is working to fix them.

“We recognize that many consumers have been unable to access infant formula and critical medical foods they are accustomed to using and are frustrated by their inability to do so. We are doing everything in our power to ensure there is adequate product available where and when they need it,” said FDA Commissioner Robert Califf.

Experts advise against diluting formula to stretch it out or making your own at home, as that can be harmful to babies.

Tomaselli said she has couldn’t breastfeed because her milk didn’t come in.

“I wanted to, but I couldn’t. And it’s like 11 months later, I can’t magically make milk appear today. So, I think people need to just not be judgmental and understand that formula is essential for babies’ growth and development.”