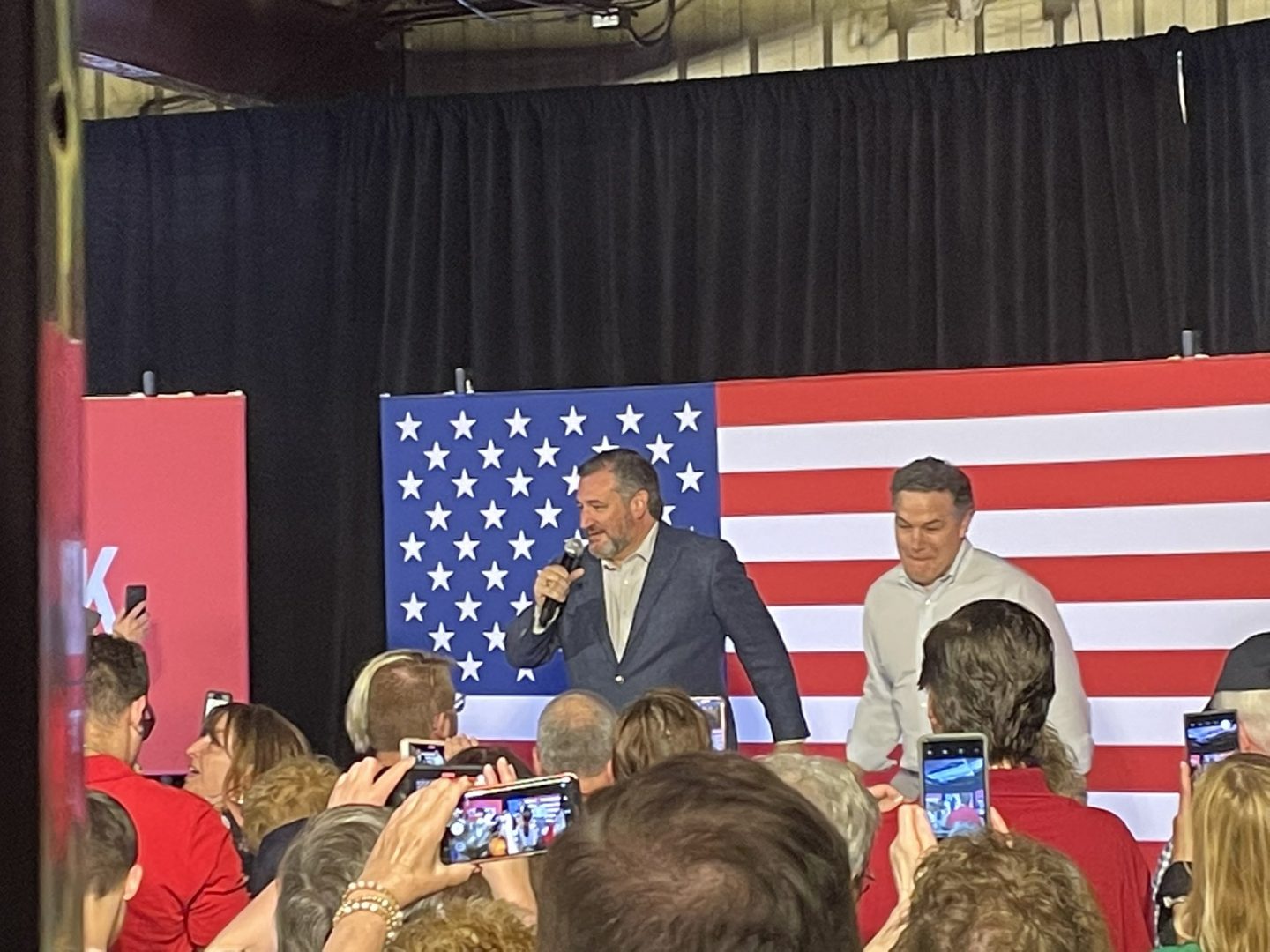 Cruz told the crowd of more than 100 people that he was backing McCormick, who is running in a crowded Republican primary for U.S.Senate. Cruz explained that McCormick was the most conservative candidate that can win in November.

“The whole objective is to save the country,” Cruz said. “So you might be wonderful, but I’m not interested at tilting at windmills. We need to win.”

McCormick touched on a number of issues during his speech, including the economy, energy, immigration, firearms and access to abortion.

“I believe that life begins at conception and ends with death,” he told the crowd and then referenced the U.S. Supreme Court leaked draft opinion that suggested the court could overturn Roe v. Wade.

McCormick is competing in the May 17 primary; other leading candidates include Mehmet Oz and Kathy Barnette.