Martha Stringer shows some of Kimberly's art from high school in their home in Morrisville, Pa., on August 7, 2020.

Lawsuit says Kim Stringer was not capable of complying with corrections officers’ orders. 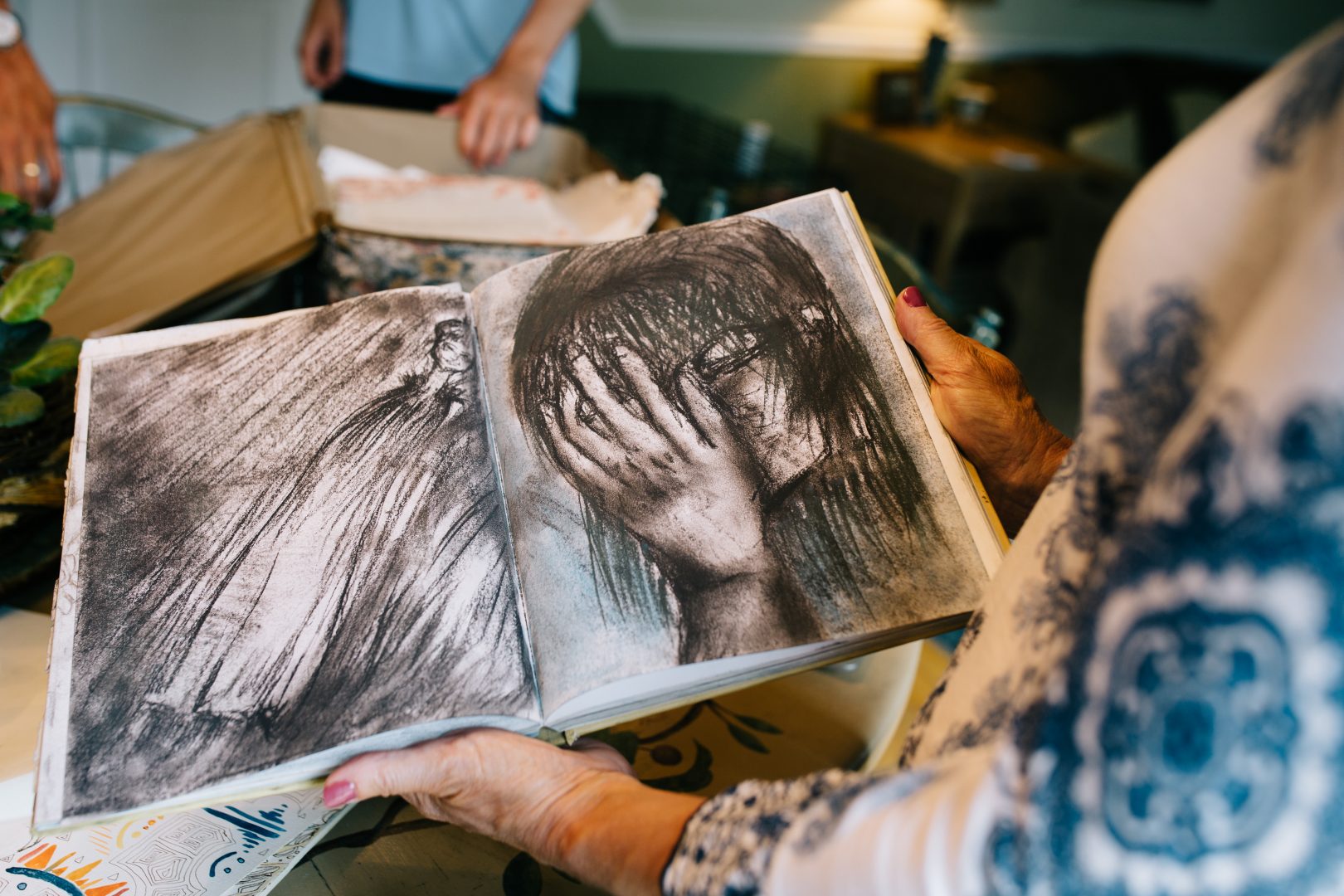 Martha Stringer shows some of Kimberly's art from high school in their home in Morrisville, Pa., on August 7, 2020.

(Harrisburg) — A Yardley couple is suing Bucks County and 10 county jail employees over what they allege were civil rights violations against their daughter, 29-year-old Kim Stringer.

Stringer lives with a serious mental illness that was getting worse by the spring of 2020, according to David Inscho, attorney for plaintiffs Martha and Paul Stringer, who have power of attorney for their daughter. Stringer had developed “worsening paranoia” as a symptom of her illness, Inscho said. After Stringer hit and threatened a neighbor in April 2020, Falls Township police arrested her and she was sent to Bucks County jail awaiting trial.

In several incidents listed in the complaint, when Stringer didn’t respond, guards pepper-sprayed her and placed her in a “restraint chair,” which prevents a person from moving. County records and officials have since confirmed most of these details.

The 18-page filing in U.S. Court alleges three civil rights violations and demands a jury trial. It states that “policymakers in Bucks County knew that individuals suffering from mental health disorders would frequently come in contact with the criminal justice system” and the jail, and that those inmates would have “a reduced capacity to follow directives from guards.”

“Prior to Kimberly Stringer’s incarceration, policymakers in Bucks County were aware that uses of force on inmates with mental illness could be detrimental to their physical and mental health,” the complaint states. “Moreover policymakers were aware that uses of force on mentally ill individuals for not complying with directives was unreasonable, malicious and sadistic when those individuals were incapable of complying due to their mental illness.” 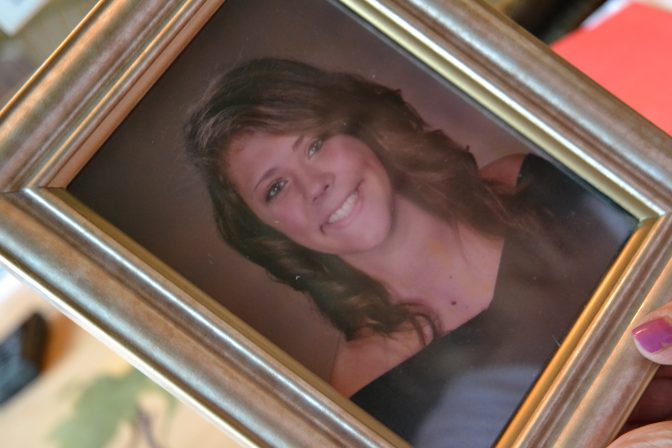 In this June 2019 photo, Martha Stringer holds a photo of her daughter, Kim.

That question — when should a person be expected to comply with an order? — is central to the complaint, Inscho said. Here, the county understood that Stringer had a severe mental illness and was incapable of following orders. However, that didn’t stop guards from using physical force against her when she didn’t comply.

“And as a result they executed multiple procedures where mace was used on her, where she was held in a restraint chair, all of which was done to a woman who at the time didn’t have the capacity to understand what she was being asked to do,” Inscho said.

The complaint notes that when Stringer was transferred to Norristown State Mental Hospital — two days after widespread public outcry over her situation — Stringer was “in a catatonic state, unable to verbally communicate and nearly entirely unresponsive.”

The filing asserts that Stringer suffered “worsening mental and physical illness, including potential brain damage and seizure disorder,” as a result of the alleged excessive force. Her mother Martha said that a doctor has found that Kim may suffer from a type of seizure disorder. 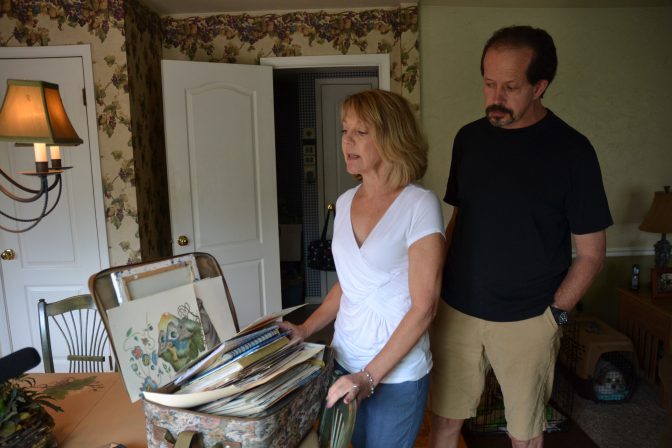 Martha and Paul Stringer stand near a box of their daughter Kim’s art from when she was in school. Martha said Kim left the art with them for safe keeping.

“I still feel sick when I think about how Kim was treated while she was incarcerated and suffering from psychosis,” Stringer said. “It continues to remind me how we need to educate those who are in a position to care for or oversee individuals who are experiencing psychosis.”

Bucks County Correctional Facility and county commissioners Gene DiGorolamo, Robert J. Harvie, Jr. and Diane Ellis-Marseglia did not respond to requests for comment. A county spokesperson said the county declined to comment. Corrections officers named in the filing were not immediately available.

Stringer said her daughter remains in treatment and is working toward recovery. She hopes the complaint exposes mistreatment that people with mental health conditions may suffer in jail.

“My hope is that mental illness will be treated more like a medical condition which, when addressed early on, can provide significantly improved outcomes,” Stringer said. “This would go a long way to address the suffering, stigma and discrimination against those with mental illness.”