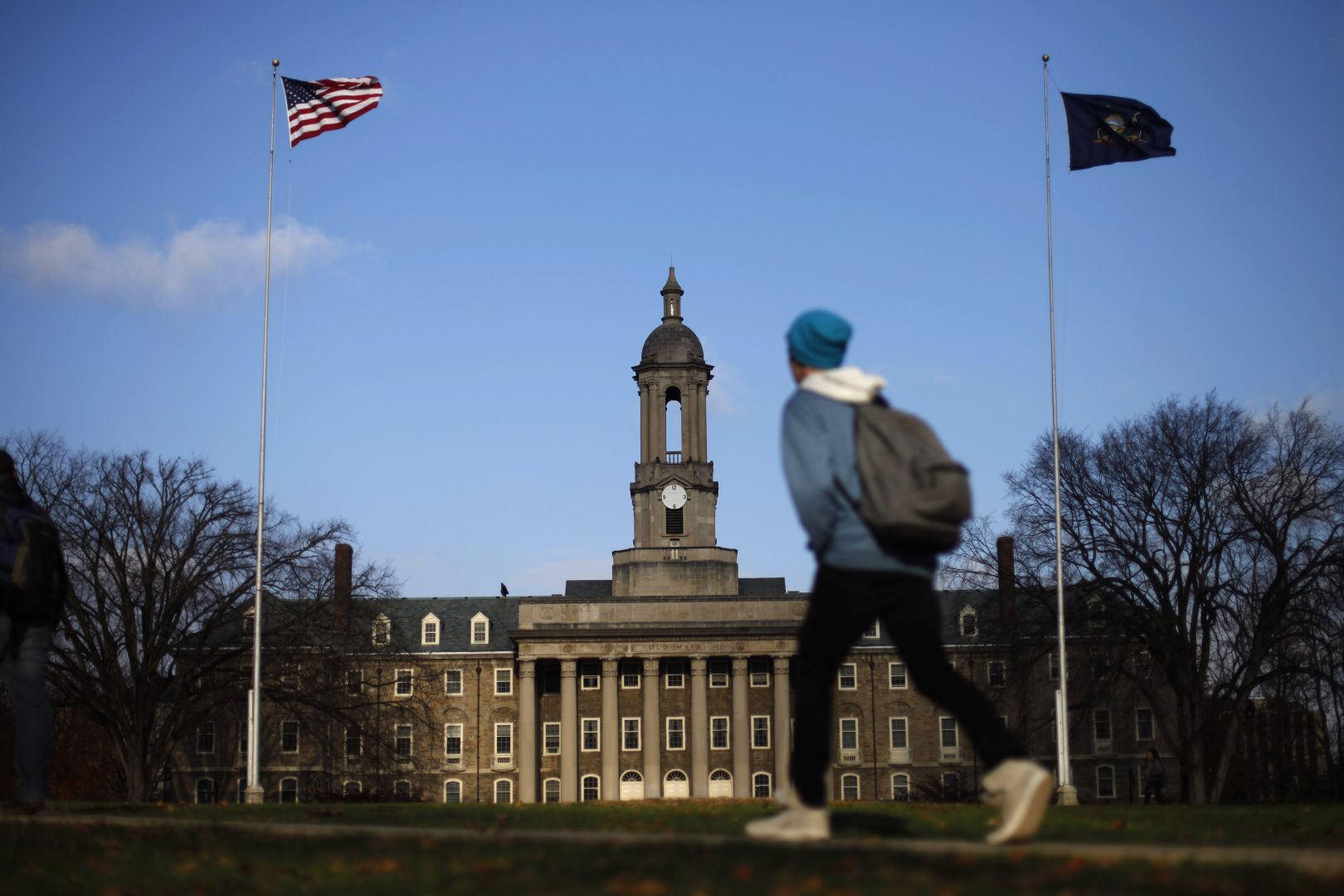 Students gathered at the bottom of the Old Main steps toward the end of the rally to provide a makeshift candlelight vigil for those who didn’t survive their sexual assault cases.

Despite the wet weather, people marched throughout campus sharing sexual assault and domestic violence statistics as well as their own personal stories. Attendees started the rally at Old Main, before going to the library, East Halls, Pollock Commons and then back to Old Main for the final segment.

“Storytelling is such an important thing in general. And a lot of people usually dismiss what happened or they don’t think it was real and there’s a lot of gaslighting in that,” Good said. “But it’s important to tell these stories and be like, you know, ‘This happened to me. This happened to other people as well.’ It makes it more real and I think that’s really important.”

She also wants people to remember that the attackers aren’t always men.

At the end, two students read poems while attendees held up their phones with their flashlights on. The makeshift candlelight vigil honored those who didn’t survive being sexually assaulted.

Senior student Jahnia Marimon is part of the Lambda Theta Alpha Latin Sorority, which puts this event together every year.

“I always say little sparks can start big fires. So what seem to be little movements that we’re doing here at Penn State campus is making a difference nationwide in some sense because we’re touching at least one person,” Marimon said.