Pennsylvania has a truck driver shortage, a new truck-driving apprenticeship in Carlisle hopes to tackle the problem

Pennsylvania is short almost 4,000 drivers, according to the Pennsylvania Motor Truck Association. 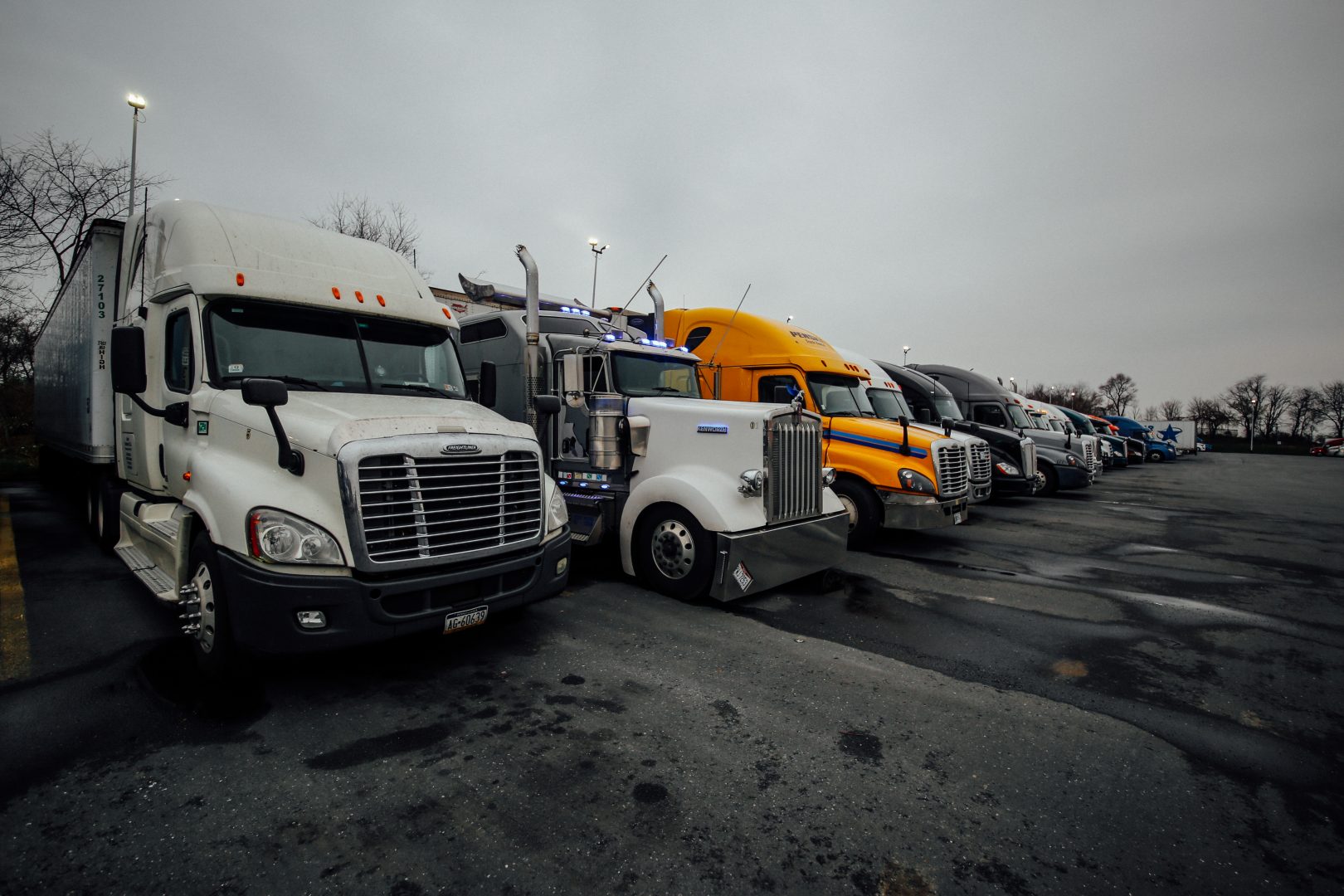 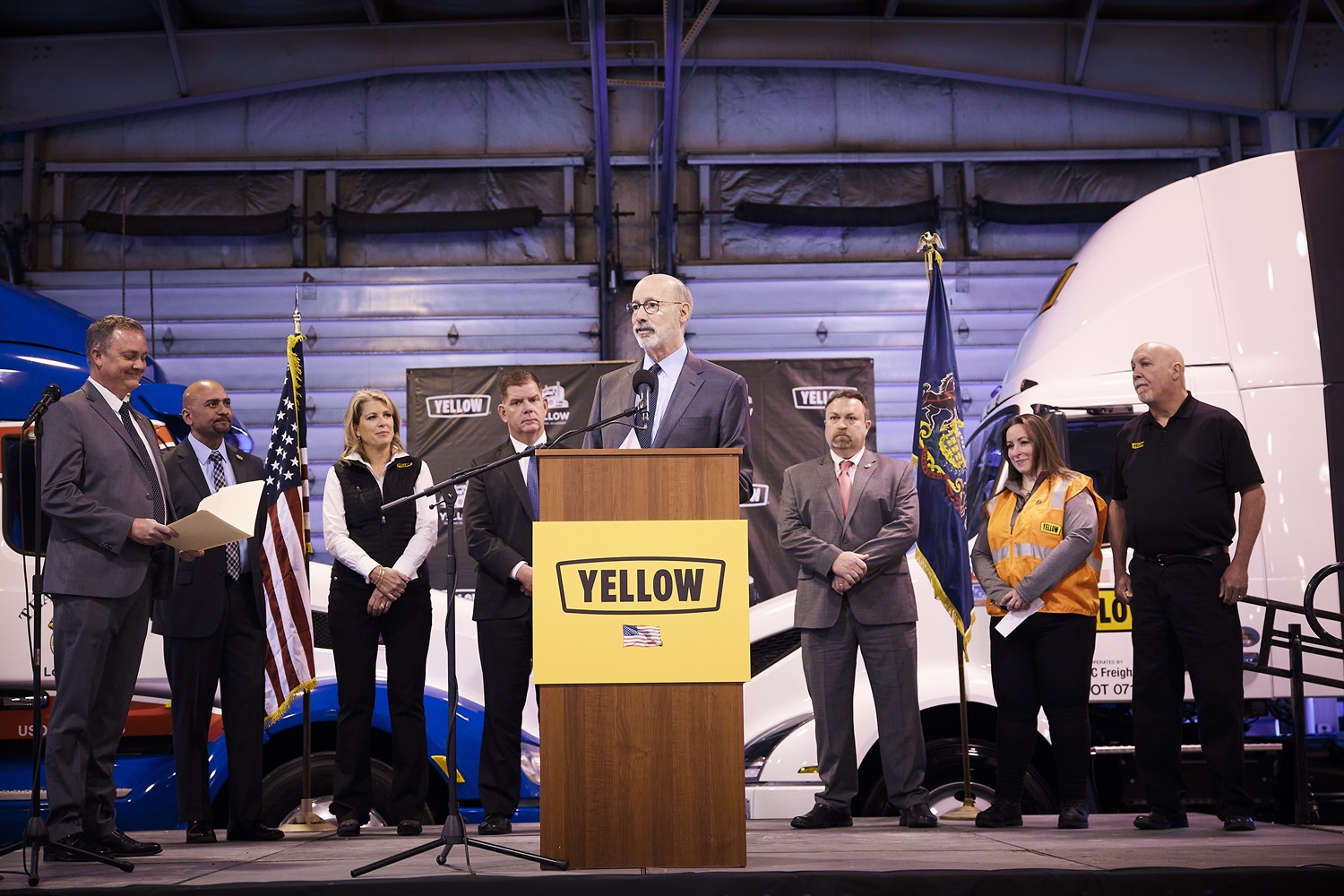 (Carlisle)-A new apprenticeship program in the midstate hopes to help address a shortage of truck drivers in Pennsylvania.

Transportation company Yellow Corporation is opening the Yellow CDL Driving Academy in Carlisle. The academy, which is registered through the U.S. Department of Labor, offers four weeks of classroom instruction, as well as behind-the-wheel training to people who want to become certified drivers.

The program is tuition-free and it pays students $17.50 an hour to attend commercial driver’s license training. Students do not have to commit to working at Yellow after obtaining their CDL, but they do commit to working various shifts and days of the week, including overtime.

“We feel very strongly that no one should have to pay to get their commercial driver’s license in the state of our economy right now, in our need for drivers, so we try to make it very easy,” said Tamara Jalving, vice president of safety and recruiting for Yellow.

In 2021, the American Trucker Associations estimated that there was a shortage of just over 80,000 drivers. Pennsylvania is short almost 4,000 drivers, according to the PA Motor Truck Association.

Yellow Corporation is not the only trucking company creating incentives to attract more drivers.  Since the industry is losing more drivers than it is gaining, companies such as Centerline Drivers are offering sign-on bonuses and raises. Another Maryland-based company, Cowan Systems, is offering signing bonuses of up to $20,000 to new drivers.

Jalving says the driver shortage stems, in part, from an image problem – the idea that truck drivers work grueling hours and have no time for family.

“I think that detracts a lot of women in particular, or even a younger demographic,“ Jalving said. “They say, ‘Well, I don’t want to be on the road, I don’t want to be sleeping in the back of a tractor at a roadside stop,’ and frankly, that’s just not trucking today.”

Another issue, she said, is that drivers are aging out of the profession while the demand for truckers is still up. Yellow said it is focusing its recruitment efforts to attract more women and people from diverse racial and ethnic backgrounds.

Rebecca Oyler, president of PA Motor Truck Association, said the average age of truck drivers is pushing 50, and not many younger drivers are joining the industry. She said although driver shortages were already a problem before 2020, the coronavirus pandemic made the problem worse because a lot of older drivers opted to retire during that time rather than risk their health or work during a time of unusually high demand.

“A lot of the driving schools were shut down. Even when they reopened, they were at reduced capacity, so that really slowed down the training and testing as well,” Oyler said. “We had a period there where we weren’t really even getting new drivers into the industry to make up for the drivers we were losing.”

Oyler said Pennsylvania has over 65,000 trucking companies, most of which are small, locally owned businesses. Most, she said, do not have the resources to set apprenticeships like Yellow’s, so they are having to find other ways to reach drivers, like, for example, reimbursing drivers for CDL classes or paying them to attend CDL classes if they commit to staying at a certain company for a year.

Gov. Tom Wolf joined Secretary of Labor Marty Walsh at a launch event for the program in Carlisle on Tuesday.

Walsh said 99 employers created such programs. His visit to Carlisle marked the last day of the challenge.

“The success of Yellow’s CDL academy in producing some of the safest drivers on the road reflects the great power and promise of apprenticeship to be a proven workforce tool in the trucking industry,” Walsh said.

“Apprenticeship programs prepare workers for success by equipping them with the skills to compete for good jobs that offer family-sustaining wages,” Wolf said. “This is more important than ever as Pennsylvania’s economy continues to rebound following the COVID-19 pandemic.”