This photograph, which was taken from outside of Norristown State Hospital property, shows an in-use building set to be demolished as part of a land conveyance agreement.

A homeless shelter and crisis care center will also close due to the agreement. 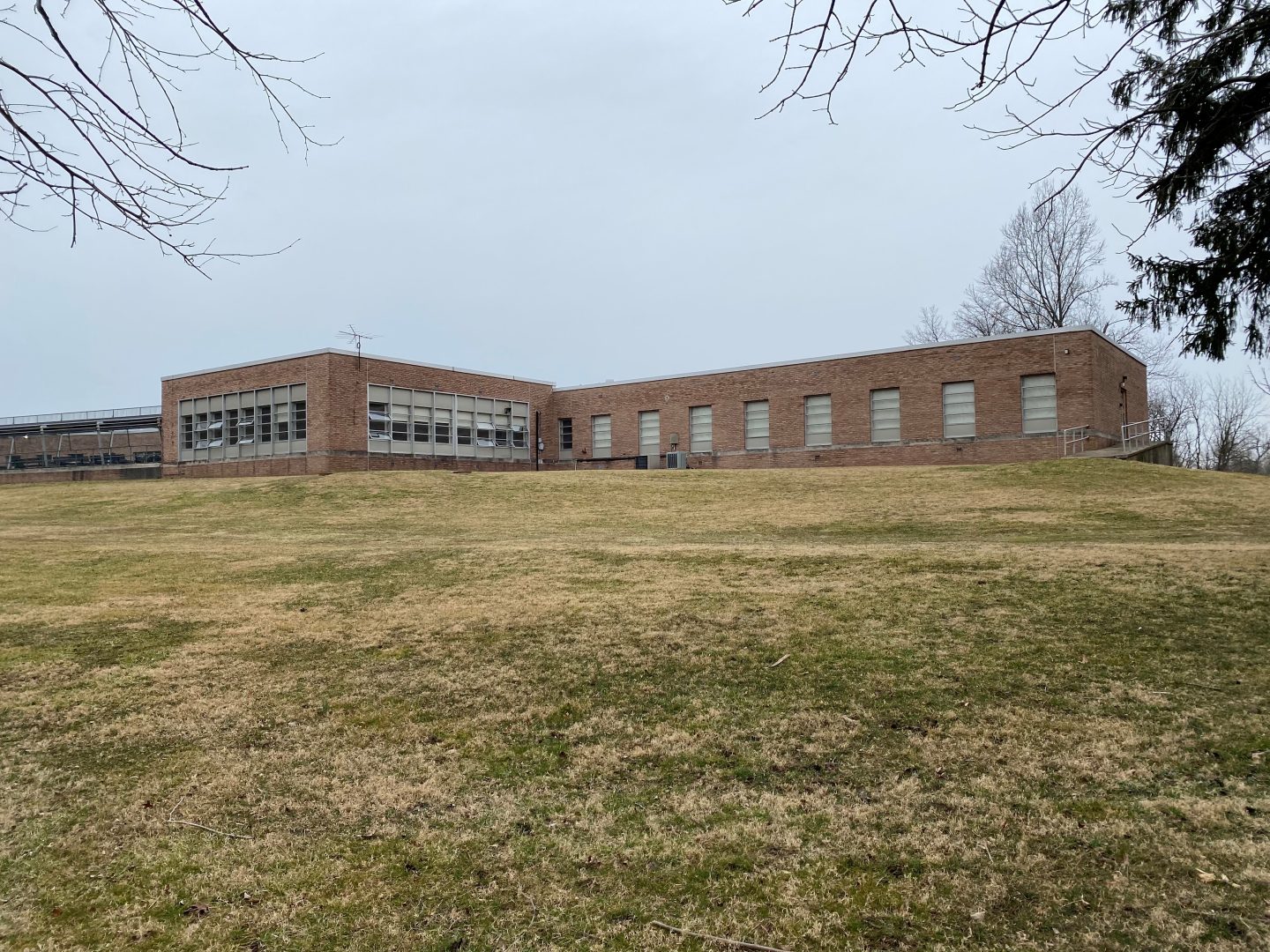 This photograph, which was taken from outside of Norristown State Hospital property, shows an in-use building set to be demolished as part of a land conveyance agreement.

(Norristown) — About two dozen people with serious mental illness who live on the campus of Norristown State Hospital are set to lose their current home and their support services in late June.

While the state says it is working with counties to place them in other programs, county mental health administrators say no openings exist right now — leaving counties scrambling to find options for some of the most vulnerable people in their care.

They live on a parcel of land in Norristown that the state is granting to Norristown borough, which has said it plans to transfer it to the Montgomery County redevelopment authority. The 68-acre property is also the site of a homeless shelter that provides beds for up to 50 people and a crisis diversion program with eight beds. Both will have to close or relocate due to the deal.

“The system is really at a critical point now,” Duffy-Bell said. 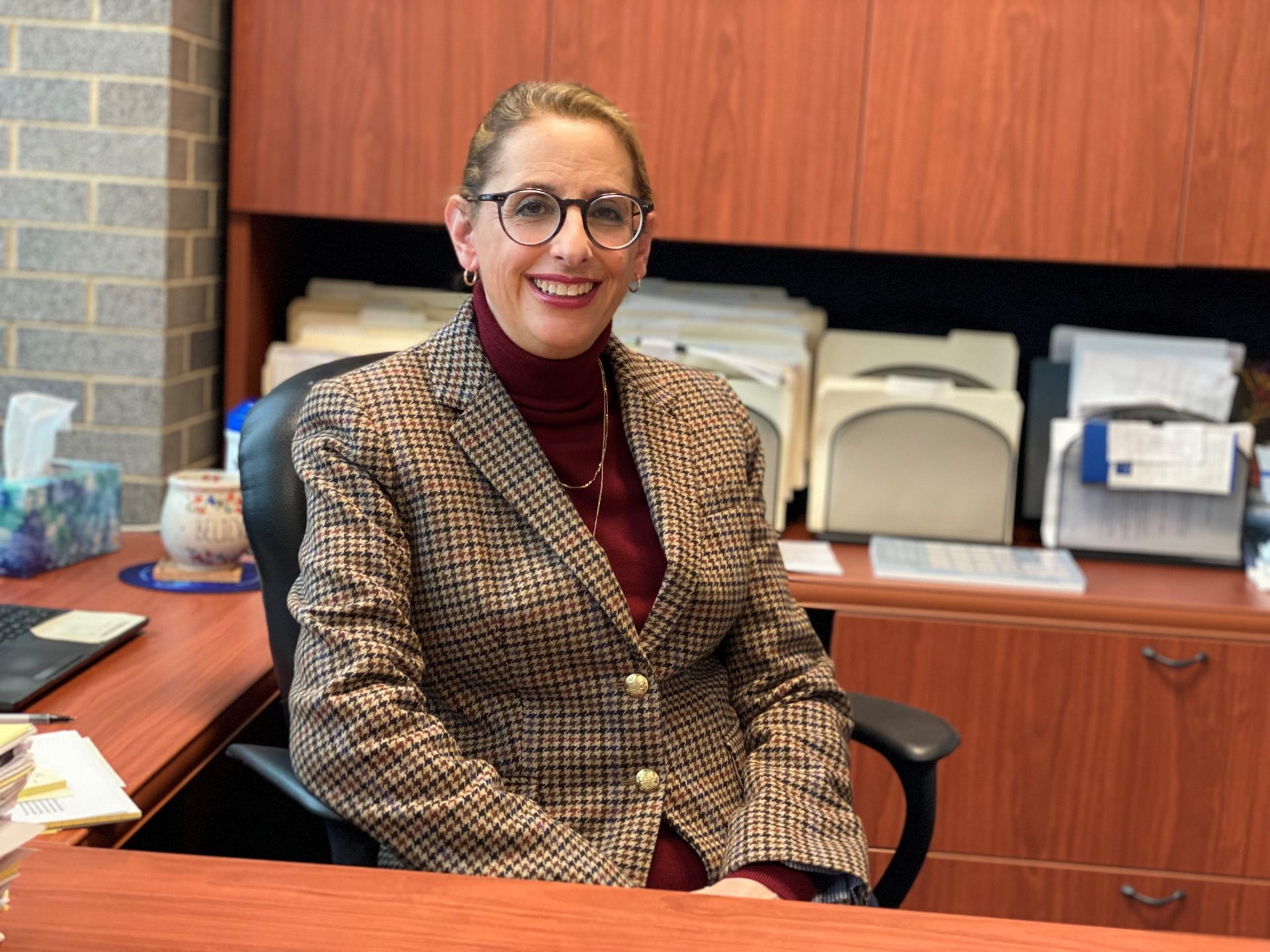 As many as 5,000 people lived at the 188-acre state hospital in Montgomery County during the mid-20th century. That number plummeted to 1,700 by the 1970s, following advancements in medications to treat mental illness and a nationwide move away from institutions. In 2017, Norristown stopped taking most patients.

Today, crumbling buildings overgrown with vines loom over the mostly unused property. In one corner of the sprawling campus, barbed wire fencing delineates the 255-person “forensic” unit — which provides services to people who have been charged with crimes but deemed unfit to go to trial. Another 120 beds are for a “forensic step-down” program, which helps people after they’ve been released from criminal justice oversight.

The people who will be affected by the land conveyance are not part of those groups, Duffy-Bell explained.

Rather, their situation reflects just how difficult it can be to secure housing in communities amid surging real estate prices, limited supply and what she calls “NIMBY-ism” — meaning, homeowners don’t want people with mental illnesses living near them.

“Despite all the education and the anti-stigma campaigns, it’s hard to find housing,” Duffy-Bell said. 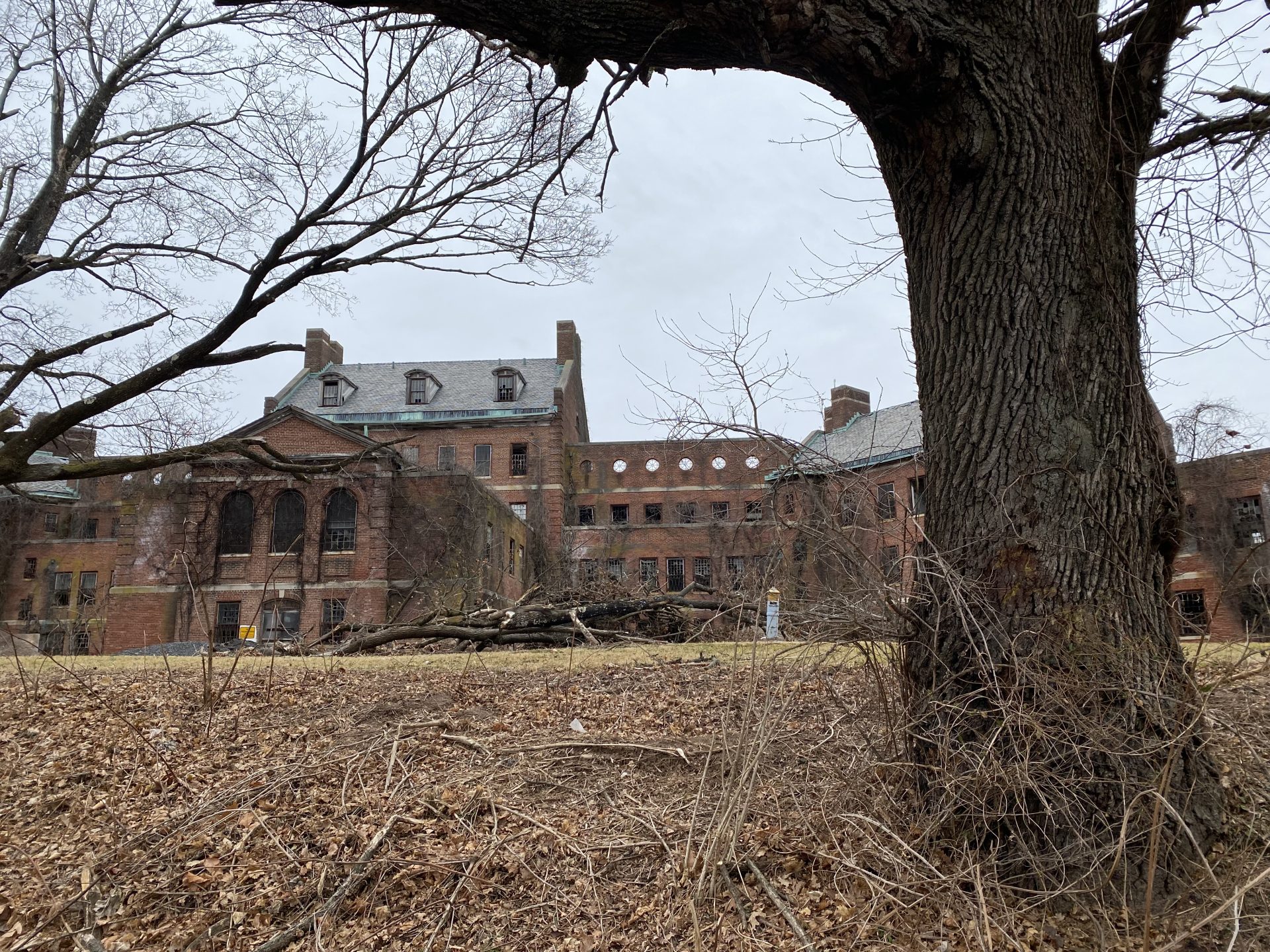 Much of the 188-acre Norristown State Hospital campus is out of use and in disrepair, as shown in this photo that was taken from outside of state hospital property.

In 2016, the state, and county mental health directors, came up with a creative solution: They set up “community” housing at an unused building on the corner of Norristown State Hospital. Behavioral health services provider Elwyn supplied the staff. Millions were invested to update the building.

But just one year later, the Wolf administration announced a plan to revamp the state hospital property, calling into question whether the program could remain. After a study commissioned by the state recommended that some of the property be given to Norristown borough, administrators in the five-county region knew they would have to find different homes for the people in the program, Duffy-Bell said.

But a plan to set up inpatient care with medical provider Crozer was interrupted when the health system was acquired in February by Delaware-based ChristianaCare. Now that plan is pushed back until at least mid-2023.

Another plan to open a residential care center in Delaware County is nowhere near being ready, Duffy-Bell said.

And while Bucks County plans to set up a forensic diversion and treatment center, it’s not expected to be ready until fall 2023.

The coronavirus pandemic also has complicated efforts to find people homes and support services, Duffy-Bell said. Citing estimates, she said that 21% of available beds were not in use in late January because people sick with the virus had to be kept quarantined, leaving some beds vacant.

“These are people with serious mental illness who need a 24/7 supervised level of support in a relatively secure environment that does not necessarily allow for unmonitored comings and goings,” she said. There are long wait lists for the beds that can take some people in that group, she said. 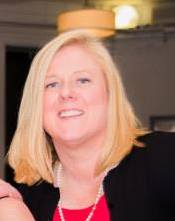 She said the “coordinated homeless outreach center” on-site doesn’t just provide a place to sleep. It helps people identify challenges they are facing, which for various reasons may be preventing them from being able to rent an apartment or house.

“The biggest reason is affordability,” Howard said. “There’s really a humongous lack of affordable housing in Montgomery County only made worse by Hurricane Ida.” The September 2021 hurricane destroyed hundreds of homes in the region. Some people are still living in hotels as they search for new homes.

The Norristown property also is the site of “Carol’s Place,” an eight-bed “crisis residential program that is meant to divert people who are experiencing a mental health crisis from needing a higher level of care, such as a hospital and inpatient hospitalization stay,” Howard said.

Howard is securing a new location for Carol’s Place and is confident the deal will be completed by summer. In contrast, the future of the homeless shelter and the residential mental health care program are uncertain.

“None of the other programs are going to be up and running by this summer,” Howard said. “That’s the biggest challenge at hand. What will be the interim solutions for the people being served on the grounds there?”

One solution proposed by Duffy-Bell is for the redevelopment authority to lease the in-use building for another year. She said that would give them more time to set up the three community programs elsewhere.

It’s unclear whether the town would be open to that idea. Emails to Norristown spokesman Kevin Tustin and municipal administrator Crandall Jones went unanswered. County spokeswoman Kelly Cofrancisco said Norristown plans to transfer the land to the Montgomery County redevelopment authority, “while Norristown, which will have complete site control, oversees the redevelopment process.”

Pennsylvania Department of Human Services spokesman Brandon Cwalina said the Wolf administration supports the land conveyance, which is part of a plan to expand the forensic unit on the campus.

Cwalina noted that the state added beds elsewhere to offset the losses that closing the Norristown program would create. Those beds are in use.

“DHS is committing time and staff resources to assist the counties in securing appropriate treatment and care for all of these individuals and will ensure their safe transitions to other providers before Elwyn is required to vacate the property on July 24, 2022,” Cwalina said. “We want to emphasize that these transitions are not just for housing, but for treatment as well.”

Democratic state Rep. Matt Bradford of Montgomery County said he and his staff “have been having regular conversations with both the department and the county of Montgomery on how the individuals currently served at Norristown State can be safely and responsibly transitioned to alternate locations.”

“Additionally, I fully support the governor’s proposed investment of both state and federal funds into additional access for mental health and workforce services,” Bradford said. “This investment is a long overdue restoration of funding and is desperately needed.”

For Duffy-Bell and Howard, addressing the decades of insufficient funding for county mental health services is essential to preventing problems like this one in the future.

Duffy-Bell said lawmakers often point to one-time funding allocations as a solution, when what counties need are reliable funds that increase along with the cost of living.

“I think it all comes down to economics,” she said. “That, and getting the people that have the power to make the decisions, the budgetary decisions, to understand the concept of sustainable funding.”

Correction: This story has been updated to indicate that the state is conveying the property rights to the borough of Norristown, not the county redevelopment authority.