Only 6 counties and 4 cities have health departments in the state. 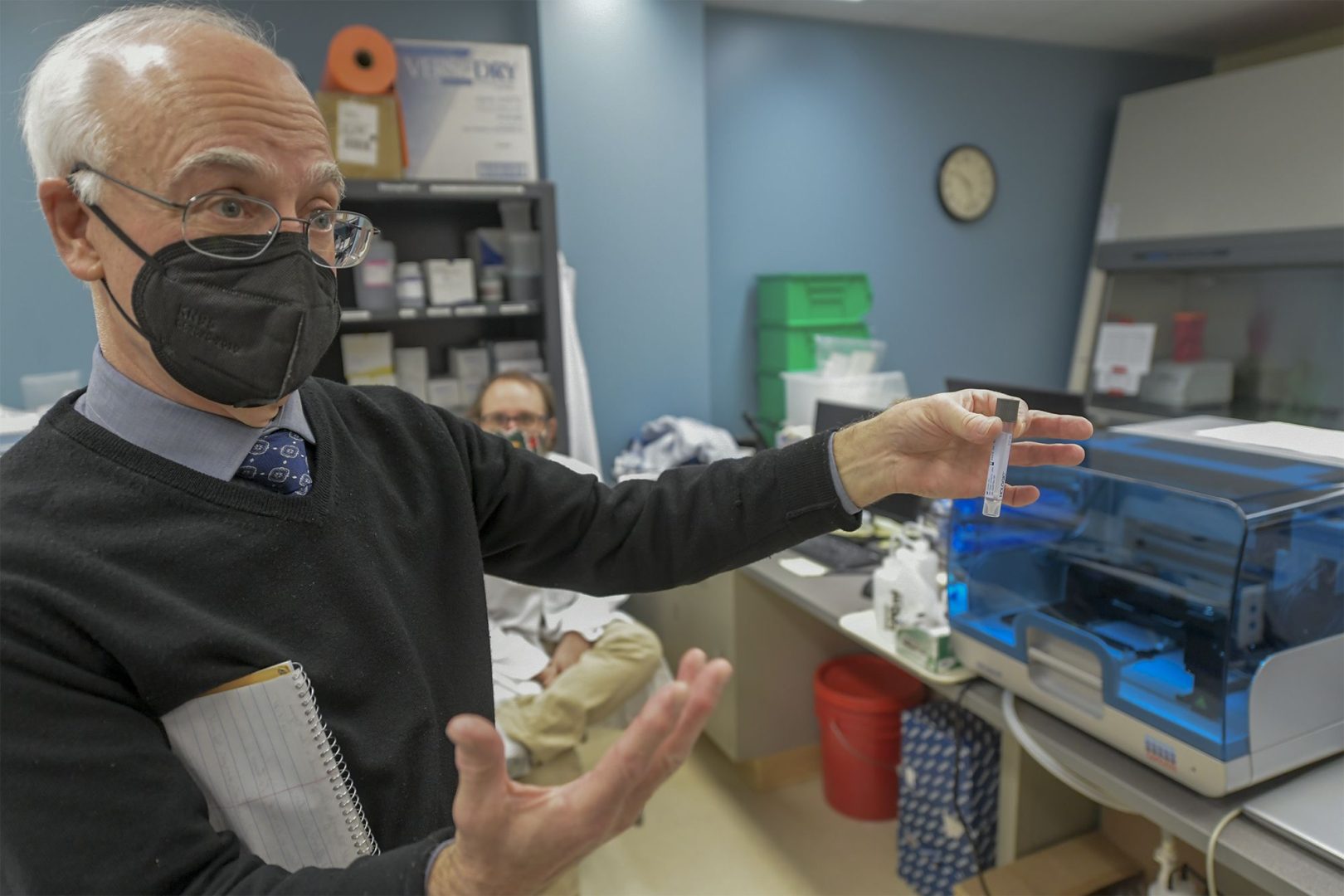 (Harrisburg)  — For more than two years, public health officials have answered Pennsylvanian’s most pressing questions about the coronavirus: Where are tests available? Are masks necessary? Who is eligible to get a vaccine?

Who provides this information and how easy it is to find may depend on where you live. Roughly half of the state’s nearly 13 million residents live in a county or city covered by a local health department. The other half — many of them living in rural parts of Pennsylvania — rely solely on the state for a limited number of public health resources and services.

In places with a local health department, many of those tasks were handled by health officials on the ground. But in counties without one, some officials said they were frustrated by a lack of communication with the state and limited control over how decisions were made. As a result, a few contemplated creating their own local health departments. All of those plans were ultimately scrapped.

To better understand those discussions and why they failed, Spotlight PA talked to public health experts, researchers, and local and state health officials to probe how local health departments work, when they can be useful, and why some counties chose to walk away.

Do I have a local health department?

If you live in Allegheny, Bucks, Chester, Erie, Montgomery, or Philadelphia counties, you have a county-level health department. Allentown, Bethlehem, Willkes-Barre, and York all operate city health departments. The newest local health department, in Delaware County, is nearing final approval from the state and is expected to officially launch this year. These areas represent 46% of the state population.

If you live anywhere else, you get services directly from the state Department of Health.

What do public health departments do, exactly?

State law requires local health departments to provide basic public and environmental health services. This can include programs to manage communicable diseases like tuberculosis or sexually transmitted infections, oversight of water supplies and pollution, inspections of swimming pools and restaurants, and monitoring diseases transmitted by animals or insects like rabies or lyme.

If you live somewhere without a local health department, the state provides similar services through a network of six health districts and 60 health centers. As state spending on public health has dwindled over the past decade, however, some of those services have been stretched thin.

Pennsylvania has about 170 community health nurses – 50 of whom are temporary hires performing pandemic-related duties – 30 contracted case investigators, and 27 clerical support staff to serve roughly half of the state, according to information provided by the health department in February. That’s roughly one full-time nurse for every 58,000 people relying on state health department services.

According to figures from the State Health Access Data Assistance Center, a public health policy research program, Pennsylvania ranked among the lowest in state per capita public health funding in 2020, spending just $15 per person. Only Missouri and Nevada spent less.

Pennsylvania is one of only six states — along with Alaska, Maine, Oklahoma, Tennessee, and Wyoming — that has what the Association of State and Territorial Health Officials classifies as a “mixed” setup, where both local and state employees play a role in managing public health.

A little more than half of states have largely decentralized public health systems, where most of the state’s population is served by some type of local health department overseen by local officials. This includes Pennsylvania’s neighbors — New Jersey, Ohio, and West Virginia — along with other states with large populations, like California, New York, and Texas.

Experts cautioned against comparing states, even if they are classified the same way.

“There is no ideal,” said Caroline Brazeel, senior director of population health and innovation at the Association of State and Territorial Health Officials. “There is no normal for what this looks like. Success is really dependent on what is required to improve the health of the people in your state.”

That’s because even health departments that have a similar structure might have very different responsibilities, depending on what duties are assigned to them by state laws and their residents’ needs.

“Just as all politics is local, all public health is ultimately local,” said Levi. “You have to be able to have a granular sense of what is going on in individual communities to be able to provide the right mix of services.”

What about the pandemic? Did Pa. communities with local health departments have better outcomes?

It’s hard to tell from COVID-19 case data alone because many factors, like population size and density, affect those figures. However, there is anecdotal evidence that shows local health departments had some advantages.

Throughout the pandemic, state health officials have argued they can’t release certain information because of the 1955 Disease Prevention and Control Law, which allows the Pennsylvania health department to withhold information to protect individuals’ privacy.

This at times made it difficult for local officials to get basic data related to the spread of the coronavirus — including case counts and demographic details — in their own communities.

Officials in areas with local health departments didn’t have that problem.

Well-established lines of communication between the local and state health departments also made it easier to get timely guidance as the COVID-19 landscape changed, Lyon said.

“We had a real advantage where we could pick up the phone and ask questions,” Lyon said.

In Allegheny County, the only southwestern county with a local health department, the local lab ramped up capacity to run tens of thousands of COVID-19 tests for the area’s long-term care facilities, jail, medical examiner’s office, pediatric clinics, and emergency medical service providers.

Having that capacity in-house saves time and money, said Patrick Dowd, chief operating officer of the Allegheny County Health Department. It’s cheaper than contracting with another lab and paying to ship samples elsewhere, he said. It also speeds up turnaround times and gets information to officials faster.

“It was critical,” Allegheny County Executive Rich Fitzgerald said of working with the county’s health department director, Debra Bogen. “I cannot overemphasize how important having a health department was, and having a leader like Dr. Bogen, who could make local decisions instantly.” 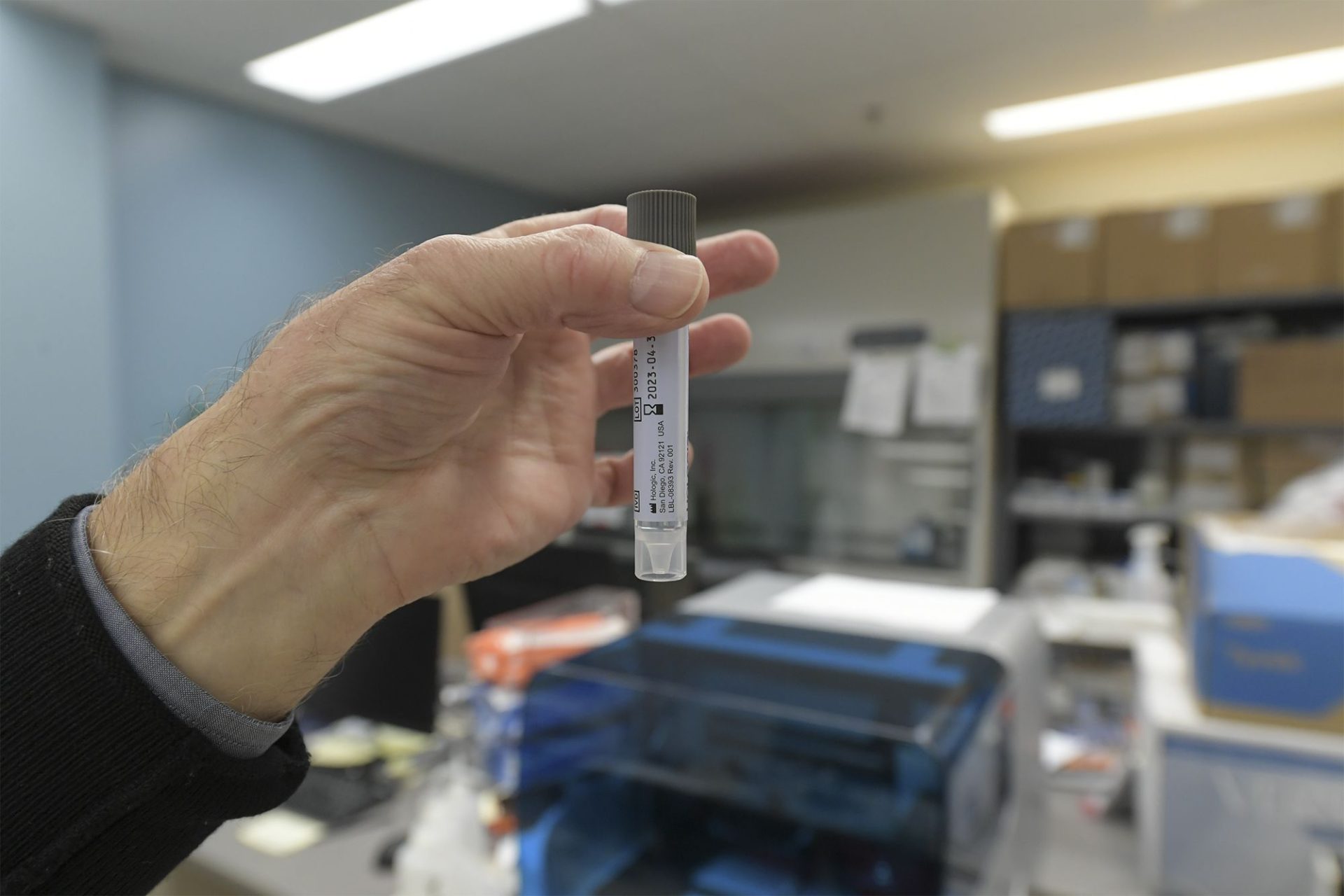 What about when we’re not in a pandemic? Does having a local health department make a difference?

Having a local health department does not automatically lead to better health outcomes, said Levi, the George Washington University professor.

Small counties or cities might not have the funding or staff to provide all the regular services a community needs, let alone to mobilize in an emergency, Levi said.

In Pennsylvania, some evidence suggests that having local health officials focused on a particular county or region could have a positive impact on residents’ health.

One example: swimming pool inspections, which help prevent and catch infectious disease outbreaks. A 2019 Tribune-Review report compared inspection protocols in Allegheny County, where there is a local health department, to those in neighboring Westmoreland County, which relies on the state. The report found that pools in Allegheny were inspected regularly, while those in Westmoreland were inspected only when complaints were made.

The state also stopped requiring pools under its jurisdiction to regularly submit documents — like bacteriological reports or water logs — that would help flag maintenance lapses that could lead to disease outbreaks.

In Delaware County, a large, suburban county in the southeast, officials started the process of establishing a new local health department in January 2020 — before the pandemic — because the county needed more programs to support areas like maternal and child health, immunization, and infectious disease prevention, said Monica Taylor, vice chair of the Delaware County Council.

She pointed to a rise in sexually transmitted infection cases as one example: This year, Delaware County hit the highest number of syphilis cases on record in the past 20 years.

Having a local health department will give the county the resources to track this data and respond quickly, she said.

In Greene County, a small rural county in the southwest that relies on the state for public health services, Commissioner Mike Belding made a similar argument.

He cited a 2021 Pittsburgh Post-Gazette report that illustrated an alarming increase in the number of babies exposed to drugs during pregnancy in areas like southwestern Pennsylvania, where the opioid crisis continues to take a toll.

Much of the data alerting officials to the problem is collected at hospitals in neighboring West Virginia, where many mothers go to give birth. What little information the Pennsylvania Department of Health does track isn’t adequately communicated to local officials, Belding said.

“We don’t know how bad it is because we don’t have that communication link,” Belding said. 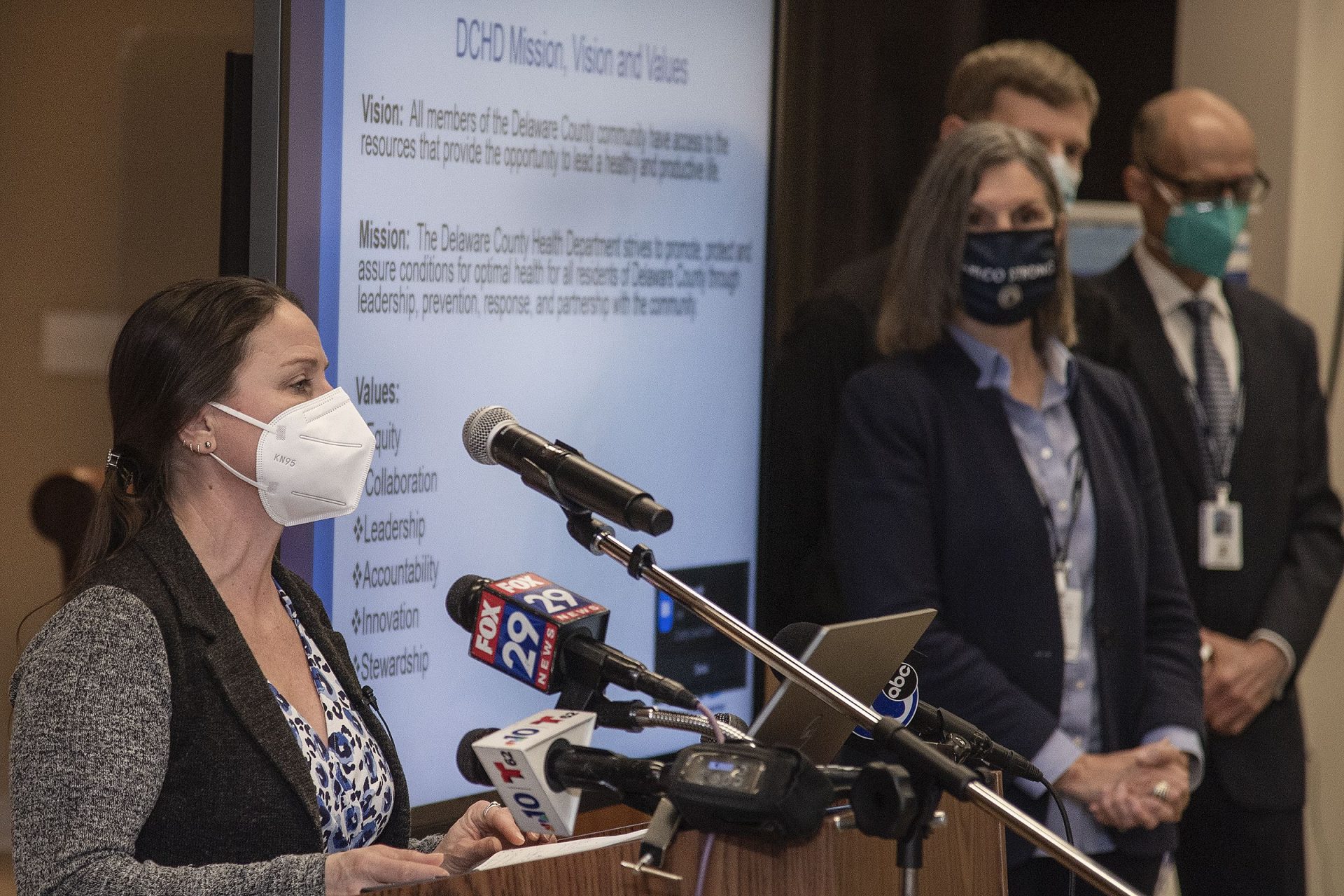 Why don’t more cities and counties create their own health departments?

Like so many decisions, it comes down to money and politics.

While the pandemic prompted several counties to consider creating their own local health departments, all of those plans were either scrapped or scaled back.

Facing similar challenges during the pandemic, commissioners from seven counties in the southwest met last year to discuss the potential of starting a regional health department.

Those plans were tabled after it became apparent that the price tag would exceed what any of the counties were willing to take on, said Washington County Commissioner Diana Irey Vaughan, who was among those leading the effort.

When Vaughan spoke with Spotlight PA, she wasn’t able to put a dollar amount on how much establishing regional or individual county health departments could cost.

But in Greene County, where officials during the pandemic raised property taxes for the first time since 2010, any additional cost is out of the question.

“I’d say it’s off the table for us,” Commissioner Mike Belding said. “We just can’t afford that.”

In Lancaster County, the three-member county board of commissioners scrapped plans to create a local health department over concerns about cost and duplicating efforts already handled by the state. Officials also criticized the state’s public health laws, which they said are outdated and don’t give counties enough flexibility to tailor local health departments to their needs.

“The more that people learn of the outdated and draconian, one-size-fits-all requirements, the more people turn away from advocating for a (county) department,” Lancaster County Commissioner Ray D’Agostino said during an Oct. 5 commissioners’ meeting.

Instead, commissioners voted 2-1 to create a health advisory council, made up of volunteers, that would report directly to the board. The council would not have the authority to enact or enforce policy, speak on behalf of the county, or spend any county funds, according to a charter document.