Teacher Tara Matise exercise with her prekindergarten students participating virtually in her classroom ahead of planned in-person learning at Nebinger Elementary School in Philadelphia, Friday, March 19, 2021.

As the COVID-19 pandemic drags on, the substitute teacher shortage in Pennsylvania gets worse

The challenge in finding instructors can be even greater for rural school districts. 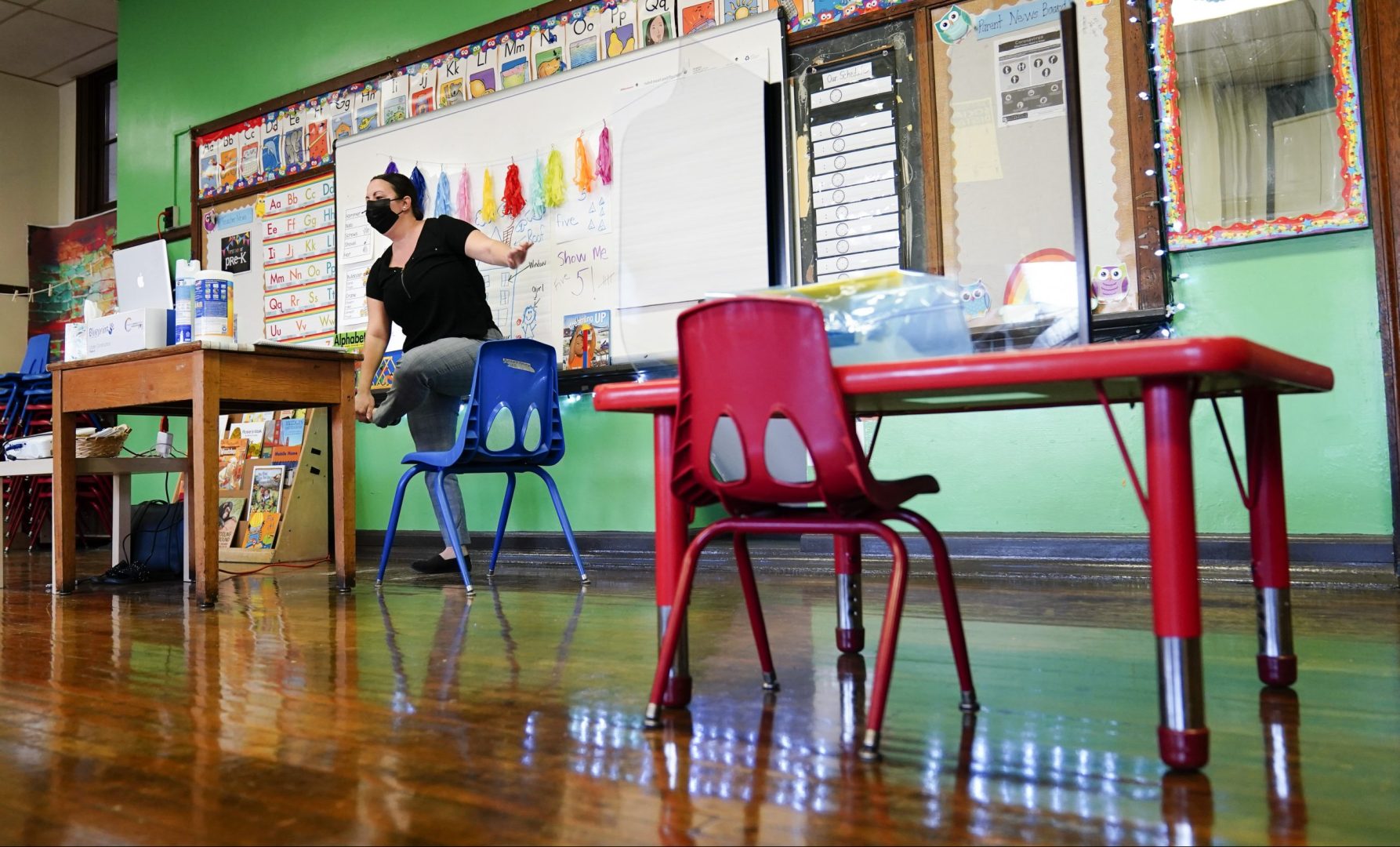 Teacher Tara Matise exercise with her prekindergarten students participating virtually in her classroom ahead of planned in-person learning at Nebinger Elementary School in Philadelphia, Friday, March 19, 2021.

(State College) — If a teacher is sick or needs time off, the school just hires a substitute, right? But what do administrators do when there are almost no substitutes to call?

For many school districts in Pennsylvania, the COVID-19 pandemic has compounded a substitute teacher shortage that was already there. That challenge can be even greater for rural school districts.

Just ask Bryce Sherrard, the health and physical education teacher at the Oswayo Valley Middle and High School. Only in his second year on the job, he’s learning how to pull double duty.

“Yeah, so I was covering history today, as well as my P.E. class. While the kids are getting changed, I am going over the plans that were left for history,” Sherrard explained.

So while his class was getting ready to play volleyball, Sherrard had the history students sit along the wall while he gave them that day’s lesson so they could get their work done.

“And then they hopped in and played some volleyball today,” he said. 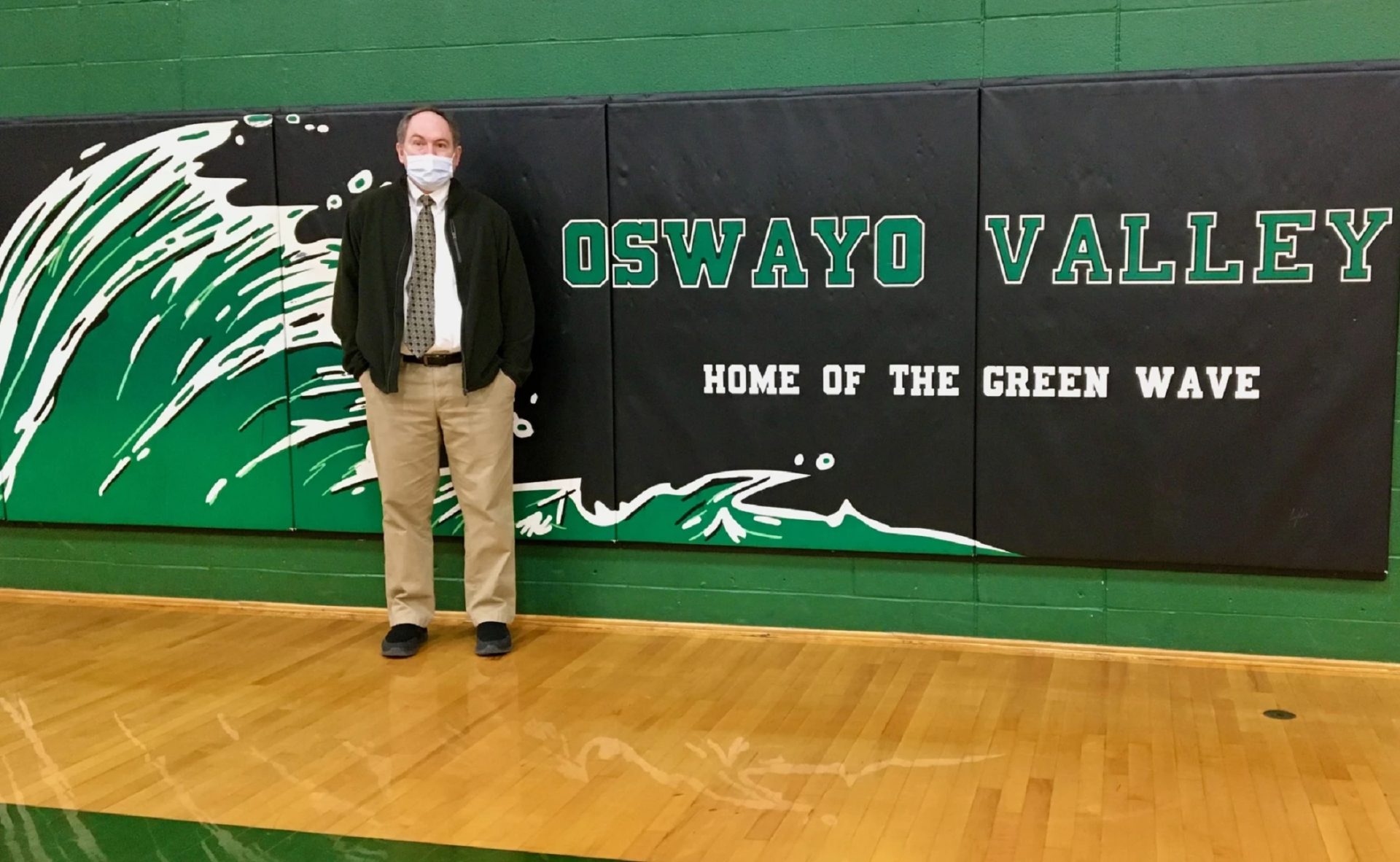 Mark Schlosser, principal of the Oswayo Valley Middle/High School, has had to fill in for teachers during the COVID-19 pandemic. Like many school districts, Oswayo Valley has a limited number of substitute teachers.

The Oswayo Valley School District is a small, rural district that serves Potter and McKean counties near the New York border. Along with usual teacher and staff absences, some staff might be out more because they’ve been exposed to COVID or have it. And like other districts, the administrators and teachers are trying to keep kids in class, even while managing absences and a lack of substitute teachers.

That’s where Mark Schlosser, the middle-high school principal, comes in.

“If you haven’t done some shadowing, and contrast, please review what you’ve done. And fill in some of those gaps,” Schlosser said to an art class on a recent day. “Remember, I’m not your art teacher. I don’t know what good shadowing looks like. But if it’s just all one color, I do know that much.”

That day, Schlosser was spending about half his time in classrooms.

“I’m pushing what — 28, almost 29 years education,” Schlosser said. “This is unprecedented. Never, never have I seen anything like it.”

Substitutes were already hard to come by in rural districts like this one. But, once COVID hit, it made it harder.

“We do have some retirees that have subbed in the past, but they’ve stopped subbing. So that’s thrown that dynamic in,” he said. “You’ve got the normal apprehension of being a substitute. But then that health component.”

Others might not want to wear a mask all day.

After teaching art class, Schlosser was supervising lunch, something he said he would take turns doing even without the pandemic. More time in the classroom and teachers doubling up means less time for other things, like planning.

“Multitasking is a myth,” Schlosser said, maintaining his sense of humor. “OK, it doesn’t work. You can’t multitask with eighth graders in an art room.”

Schlosser’s schedule that day had him filling in for four classes — something happening every day that week. 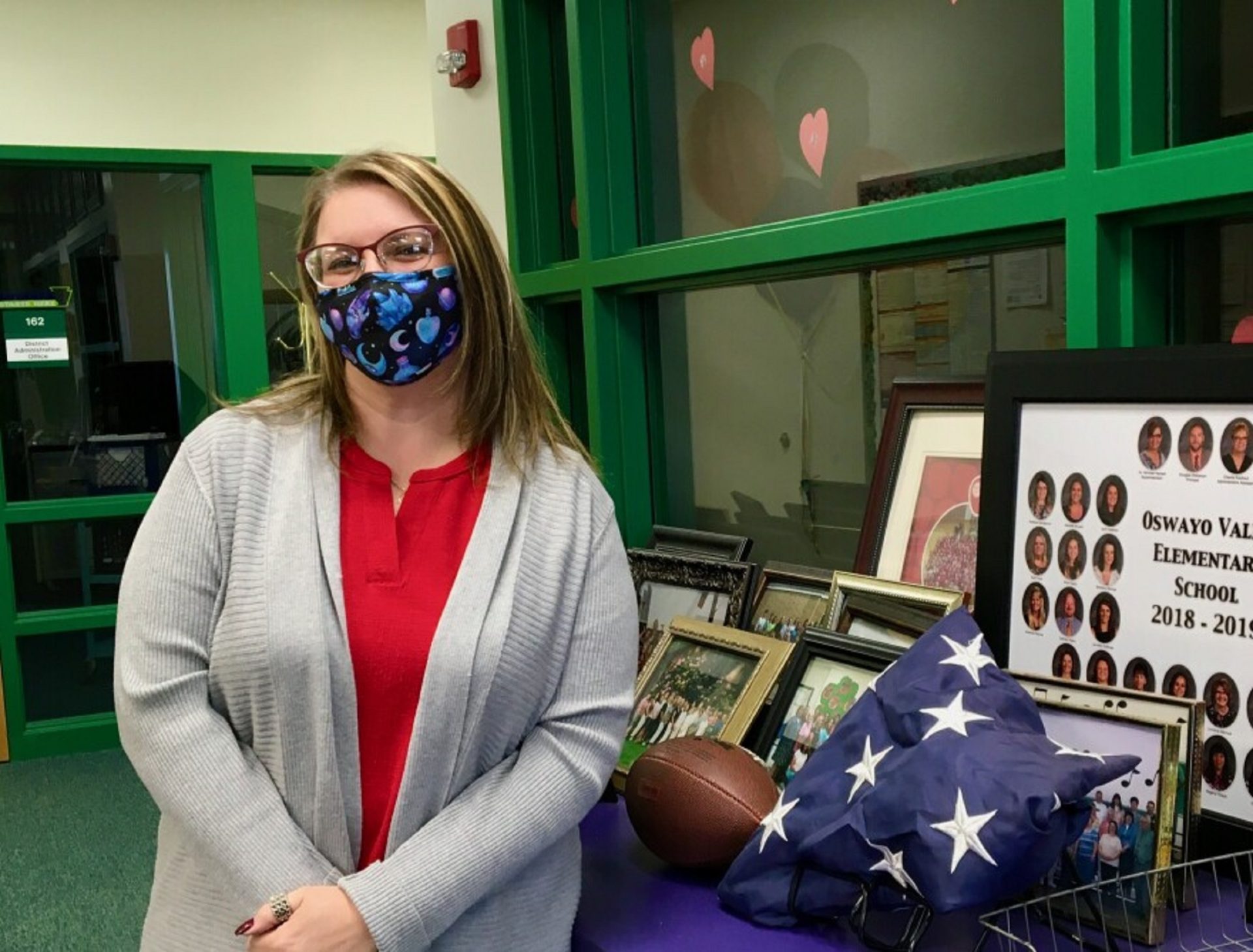 That school had gone from in-person to remote learning during a recent week. Seven people were going to be out in one day — which is about a third of the instructional staff. Only two of the absences were COVID-related, but for a district of that size, that’s enough.

As far as turning to substitutes, Schlosser said there is no pool of substitutes to call. They have one who is filling in long-term for a teacher.

“Well, there are no substitutes to find,” he said. “There’s there’s no one to call. So that’s, that’s not on my desk. Don’t worry about it. There’s nobody there. So I’m glad I’m laughing about it. It’s either laugh or cry.”

Peggy Schooling, executive director of the Pennsylvania School Study Council and a professor in education at Penn State, said there’s been a teacher shortage for some time. Substitutes in particular have been an issue too and the pandemic added to it. The council is a nonprofit that works with school districts, bringing research and practice together.

What’s behind that shortage?

According to the Pennsylvania School Boards Association, daily substitute teachers in Pennsylvania were paid an average of $105 a day in 2020-21. Then you look at who the substitutes are. Schooling said that’s often new teachers who haven’t landed a permanent job, others who don’t have the needed Pennsylvania certification. And a big group — retirees, who are usually older.

Really impacting the shortage now, she said, is competition with businesses and health care offering higher wages and bonuses.

“What I am seeing some districts do is if you’re subbing for us, and you sub X amount of days we’ll pop on another $300,” she said. “So they’re trying to compete, but I think there’s just a disparity there, because the dollars aren’t there.”

Some districts are raising their pay, but it still might not be enough. The state has also taken steps to ease the shortage. A teacher who is retired can fill in, and teachers with inactive certificates can sub for longer than before. The state is letting people with some college credits and experience, but no degree, fill in.

But for schools in rural areas like Oswayo, the challenge isn’t just easing the rules. It’s finding the people.

“Every year we see less and less actual certified teachers graduating from colleges. So, you know, I don’t see all of a sudden the substitute teacher [shortage] getting better,” said Erika Emerick, principal of the Oswayo Elementary School.

They’ve had to double-up classes, use teachers’ prep time for teaching or even cancel that day’s science class. All of that affects what students are learning. And with COVID, students are out longer than for a typical sickness. There is virtual instruction, but it’s not the same.

“So we have huge gaps in students’ instruction. We have teachers that are scrambling to close those gaps while still keeping the other students in their class that were here going,” she said. “And it’s just — it’s a crazy atmosphere right now. And instruction is not what it used to be or should be and it won’t be the way it used to be for a while.”

Despite all of that, Emerick said the teachers are great at being flexible and doing what needs to be done.

Back in the middle and high school gym, Sherrard says it can be challenging, but the teachers leave good lesson plans, and they all help each other out.

“Anything we can do to keep these kids in school,” he said, “we try to do it.”