An ingenious new technology allows prosthetic legs to move and feel like the real thing. 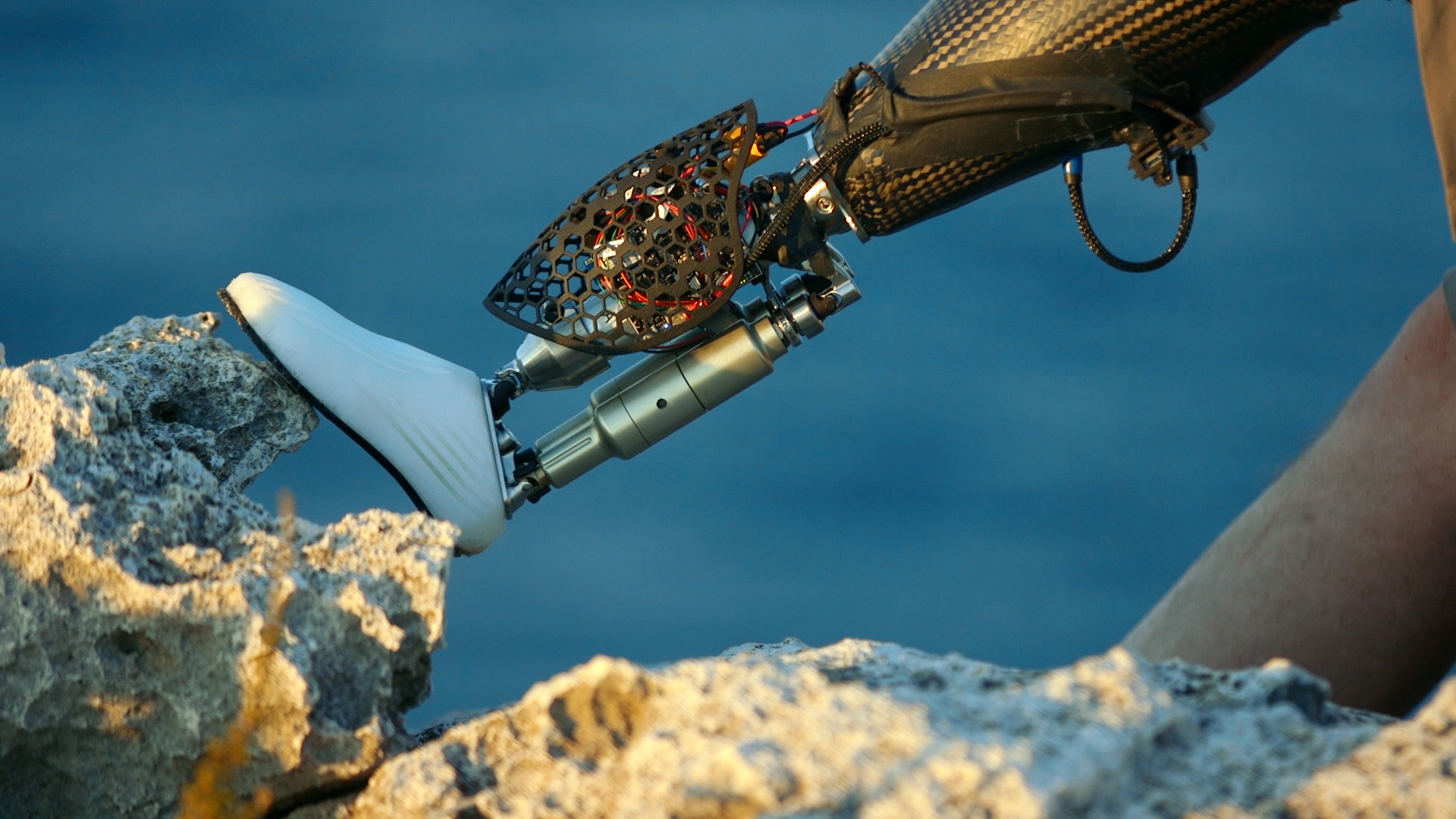 Augmented follows the dramatic personal journey of Hugh Herr, an MIT biophysicist who today creates brain-controlled robotic limbs. At age 17, Herr’s legs were amputated below the knee due to frostbite after he and a friend got lost in a snowstorm during an ice climbing trip and nearly died. Frustrated by the limitations of the prosthetic legs available at the time, Herr set out to reinvent them. While still a teenager, he crafted outsized prosthetic limbs that not only allowed him to continue to pursue his rock-climbing passion but also made him an even more adept climber than before.

Then, after training as an engineer, Herr devoted himself to creating more advanced limbs that use motors and electronics to mimic the body’s muscle and nerve control systems. In the course of his work, he realized that the standard way of amputating limbs—essentially unchanged since the Civil War era—inhibits the potential of prosthetics. The film follows Herr’s moving collaboration with Jim Ewing, a friend who was also injured while climbing, and Dr. Matthew Carty, a surgeon at Brigham and Women’s Faulkner Hospital in Boston, MA.

With Herr’s team at the MIT Media Lab, including Shriya Srinivasan and Tyler Clites, they test a new way of performing amputations that enables robotic limbs to move and feel like the real thing, thereby augmenting the patient’s ability to control the function of their prosthetics. Herr hopes that someday the bionic innovations he and his colleagues pioneer might do more than merely replace lost limbs but possibly even enhance human potential.