Mail ballots seen here in a secure facility inside the Erie County Courthouse in November 2020.

A court just struck down Pennsylvania’s mail voting law. Here’s what you need to know. 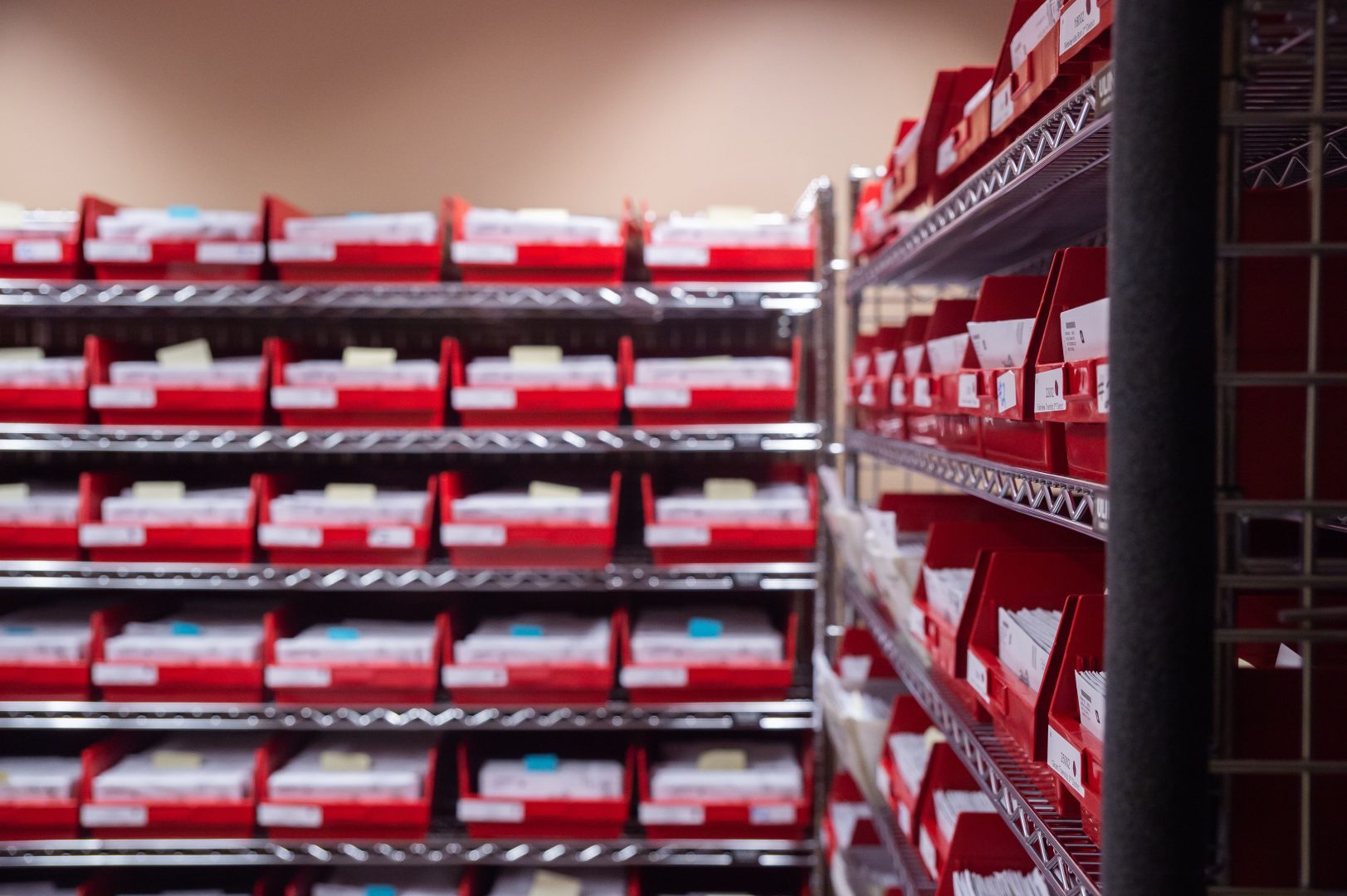 Mail ballots seen here in a secure facility inside the Erie County Courthouse in November 2020.

HARRISBURG — Pennsylvania’s mail voting law, known as Act 77, was ruled unconstitutional Friday by a state court after a challenge brought by Republicans, but it will remain in place for the time being as the Wolf administration pursues an appeal to the state Supreme Court.

Here’s what you need to know about the decision and how it might affect you:

Why did the court strike down the mail voting law?

Three of the five Commonwealth Court judges — all Republicans — decided that no-excuse voting would require an amendment to the state constitution, one that would explicitly permit any voter to request a mail ballot regardless of the reason.

The constitution currently states that voters have to cast ballots at a polling place within their district. Absentee ballots can be cast by voters who are unable to appear in person because of “business or occupation,” are unable to go to their polling place because of “illness, disability, or observance of a religious holiday,” or cannot vote because of Election Day duties, such as in the case of a poll worker.

Given it has been necessary in the past to amend the constitution to specifically state who can vote absentee, the three judges — Mary Hannah Leavitt, Patricia McCollough, and Christine Fizzano Cannon — found no-excuse mail voting would also require such an amendment.

What did the dissenting judges say?

Two Commonwealth Court judges elected as Democrats, Michael Wojcik and Ellen Ceisler, wrote in their dissent that the majority is wrongly lumping in no-excuse mail voting with the language in the constitution allowing absentee voting.

The two pointed to another section of the constitution that empowers the legislature to “provide for another means by which an elector may cast a ballot,” such as Act 77.

That section states: “All elections by the citizens shall be by ballot or by such other method as may be prescribed by law.” (The emphasis was added by the judges.)

“Thus, the General Assembly is constitutionally empowered to enact Act 77 to provide for qualified and registered electors present in their municipality of residence on an election day to vote by no-excuse mail-in ballot,” Wojcik wrote in the opinion.

He continued: “I disagree with the Majority’s faulty premise that the no-excuse mail-in ballot method of voting is merely a subspecies of voting by absentee ballot.”

What does this mean for the May primary?

That remains to be seen.

The Wolf administration has already appealed the decision to the state Supreme Court. As that process plays out, the mail voting law remains in place.

If the court accepts the case, which is widely expected, legal experts and others believe it will decide the matter swiftly, given the proximity of the May primary and the need for county election offices to prepare for any potential change in the law.

Who brought the challenge?

Doug McLinko, a county commissioner from Bradford County, filed a lawsuit in July challenging Act 77. A similar suit was brought by a group of Republican state lawmakers the following month, including 11 who voted to approve mail voting when the law was first passed:

Three others also participated in the challenge who either voted against the law, or who were not in office when it was passed:

Why are lawmakers challenging a law they passed?

The mail voting law was the result of months of negotiation between Wolf and the Republican-led legislature, but at the time, the issue of constitutionality was hardly front and center.

Importantly, the law didn’t just permit no-excuse voting, it also ushered in other changes, including moving voter registration deadlines closer to the election and providing aid to counties to buy new voting machines. As part of the negotiations, GOP legislative leaders got Wolf to concede to eliminating the option for straight-party ticket voting — a move decried by Democrats during the floor debates.

At the time, then-Senate Majority Leader Jake Corman (R., Centre) called the law “the most significant modernization of our elections code in decades.”

It wasn’t until 2020 that the issue of constitutionality gained traction, after then-President Donald Trump and his allies raised claims, without any credible evidence, that the election was stolen because of widespread fraud involving mailed ballots.

Since then, Republicans across the country have attacked the integrity of mail ballots and attempted to usher in other laws that would restrict ballot access. Voting rights advocates have said those efforts are not based on fraud but rather a concerted effort to suppress the vote, one that would disproportionately affect communities of color.

Corman, who is now the Senate’s president and who is running for governor, has done a political and policy 180 from just two years ago. In a statement Friday, he praised the Commonwealth Court’s decision, saying he had “no confidence” in mail ballots.

What’s the difference between a law and a constitutional amendment?

Unlike traditional bills, amending the state constitution is a time-consuming process.

First, the legislature has to approve a proposed amendment in two consecutive sessions (each legislative session lasts two years). Once that happens, then voters get to decide the matter through a ballot question.

What’s the likelihood an amendment would pass?

In the majority decision, the Commonwealth Court judges noted that no-excuse mail voting has so far been popular. They posited that, if a constitutional amendment was presented to the voters, it “is likely to be adopted.”

But in order for a proposed amendment to even begin moving through the legislature, it needs the support of Republican leadership. Corman, the top Republican in the Senate, made no mention of such a proposal in his Friday statement.

It would also need to be supported by a majority of lawmakers in both the House and Senate, a bar that may be out of reach considering many Republicans’ radically different views on mail voting now compared to 2019.

What are legal experts saying?

Bruce Ledewitz, a Duquesne University professor and a state Constitutional expert, said if the high court takes the case, “it will be a close legal question.”

Though voting rights advocates excoriated the Commonwealth Court decision Friday, Ledewitz said both sides have raised valid legal arguments, and he doesn’t expect the high court, if it accepts the case, to rule along party lines.

Still, he believes the justices will ultimately reject the lower court’s decision and uphold Act 77.

“Generally speaking, the Supreme Court has voted in favor of expanding access,” Ledewitz said. “If I had to bet, which I don’t, I would bet that they reverse. But … It’s going to be a close matter.”