The action came two days after the Delaware County district attorney filed criminal charges against them in the shooting death of 8-year-old Fanta Bility and the wounding of three others. 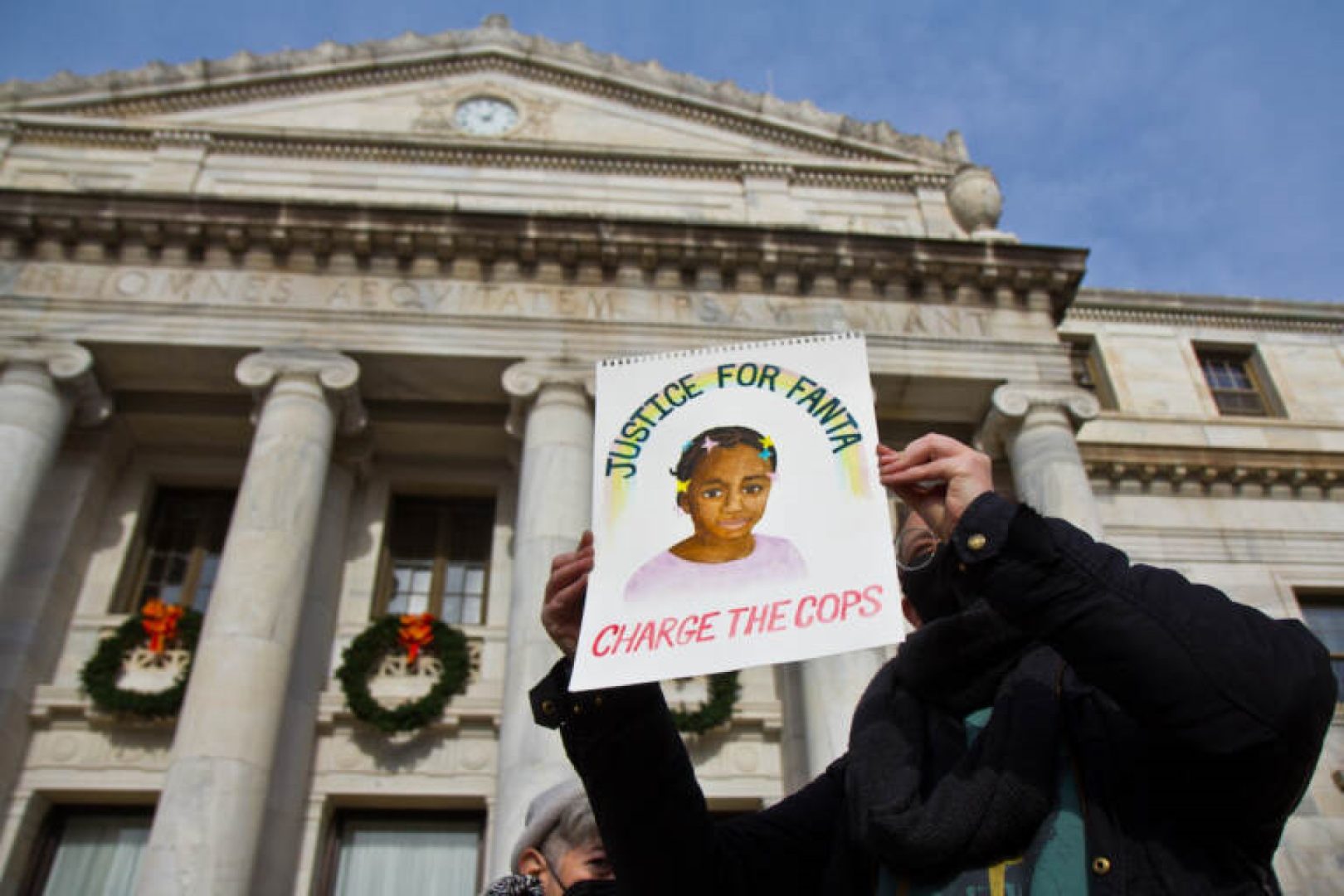 Sharon Hill Borough Council approved Thursday night, in three separate 6-1 votes, the firing of police officers Sean Dolan, Devon Smith, and Brian Devaney. The action came two days after the Delaware County district attorney filed criminal charges against them in the shooting death of 8-year-old Fanta Bility and the wounding of three others.

Council member Sandra Holcombe was the lone no vote in all three instances. 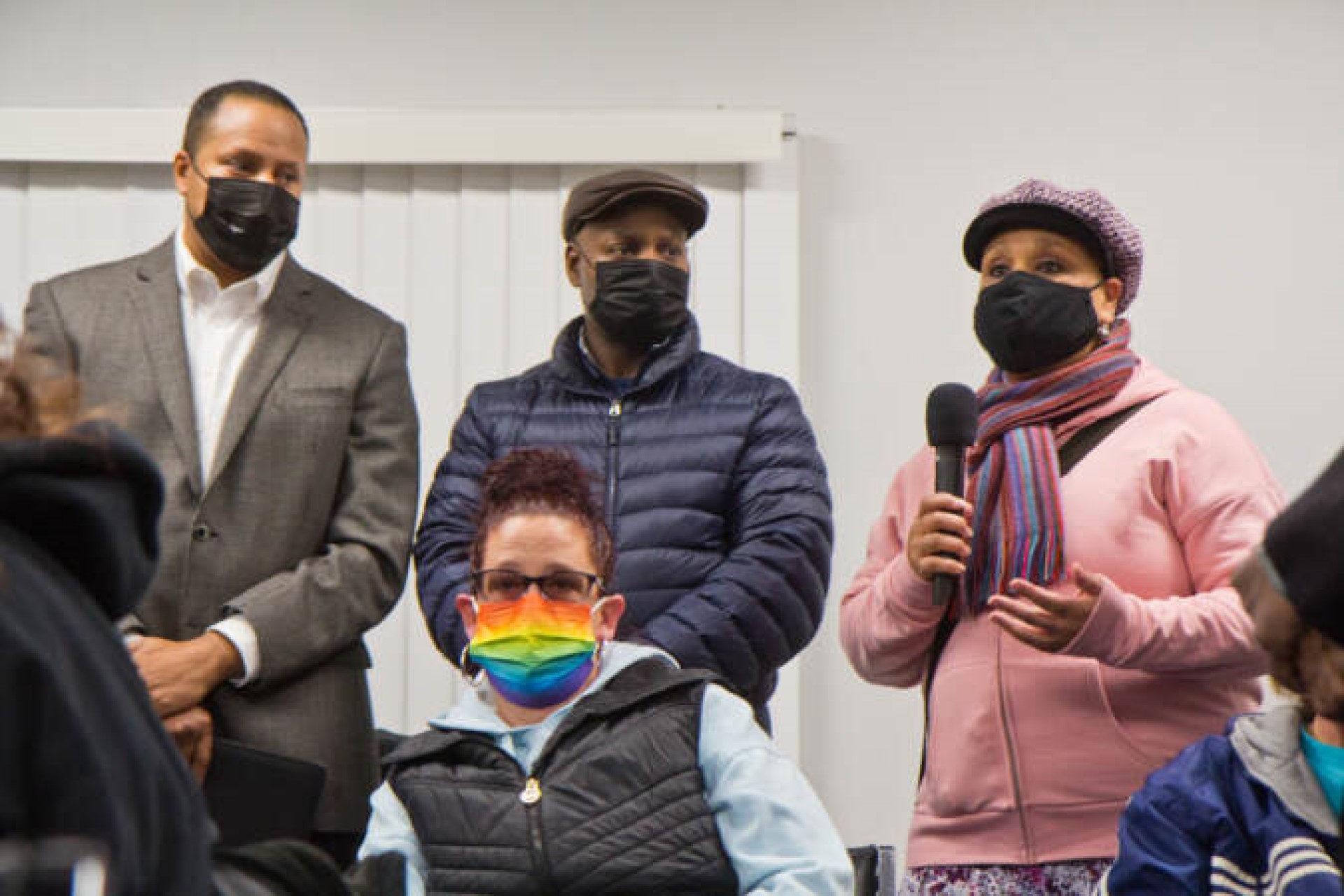 Councilmember Edward Booker was just appointed to his post last week to fill a vacancy on council. This was his first meeting.

“You hope that your first day isn’t when you have to make a decision to terminate officers. Personally, I never want to terminate a person. It just happens with work. It’s a thing that happens in life. But the most important part is — there was misconduct. And there was other issues involved with this case,” Booker told spectators after the vote.

“Can we ignore what happened at the time? No, we can’t,” Booker said. 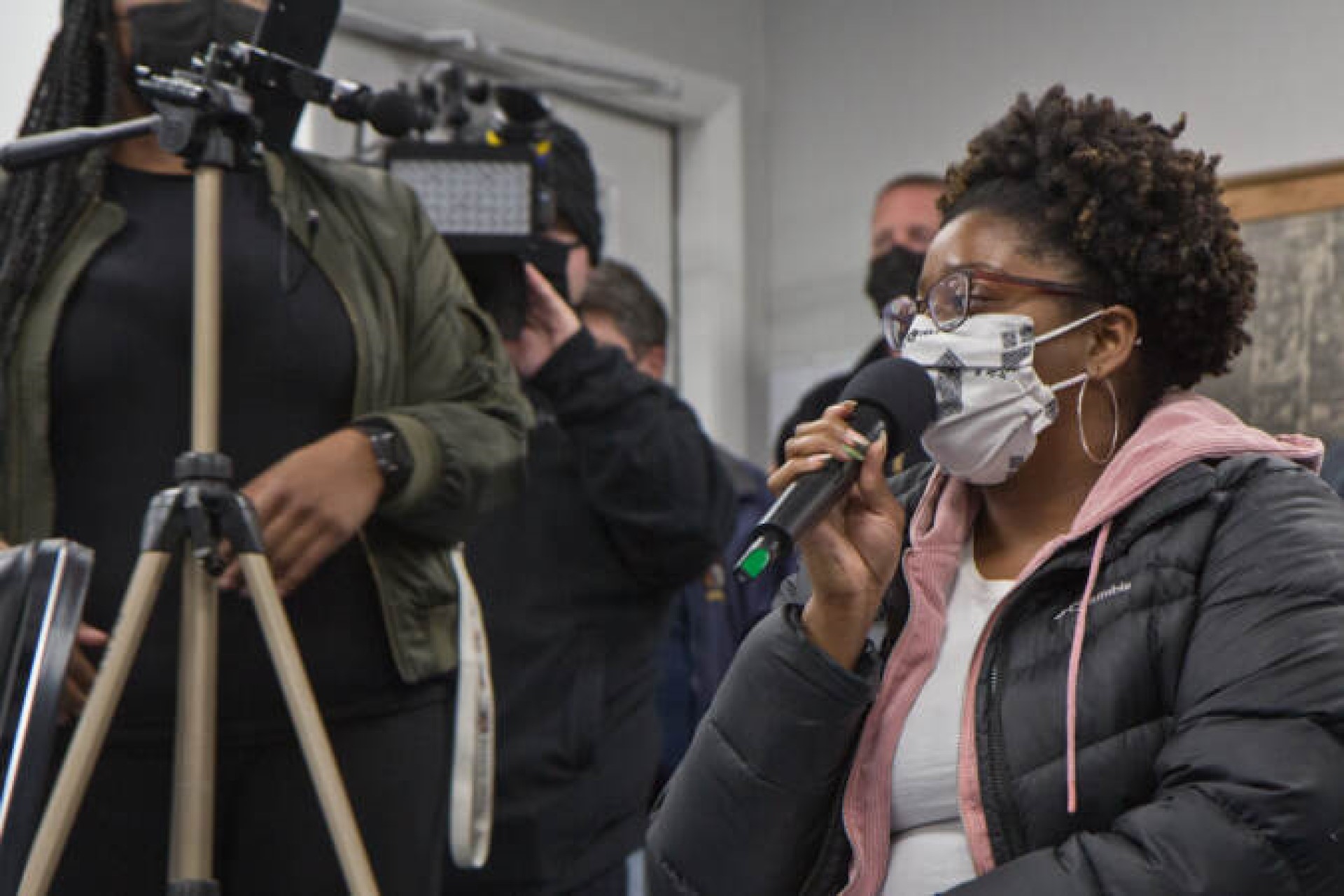 On Tuesday, with the conclusion of a grand jury’s investigation into the August shooting after an Academy Park High School football game, Delaware County District Attorney Jack Stollsteimer filed charges of manslaughter and reckless endangerment against the officers.

Immediately after the charges were announced, Council President Tanya Allen said in a statement that the council would look to “move forward with measures that will hold the officers accountable.” 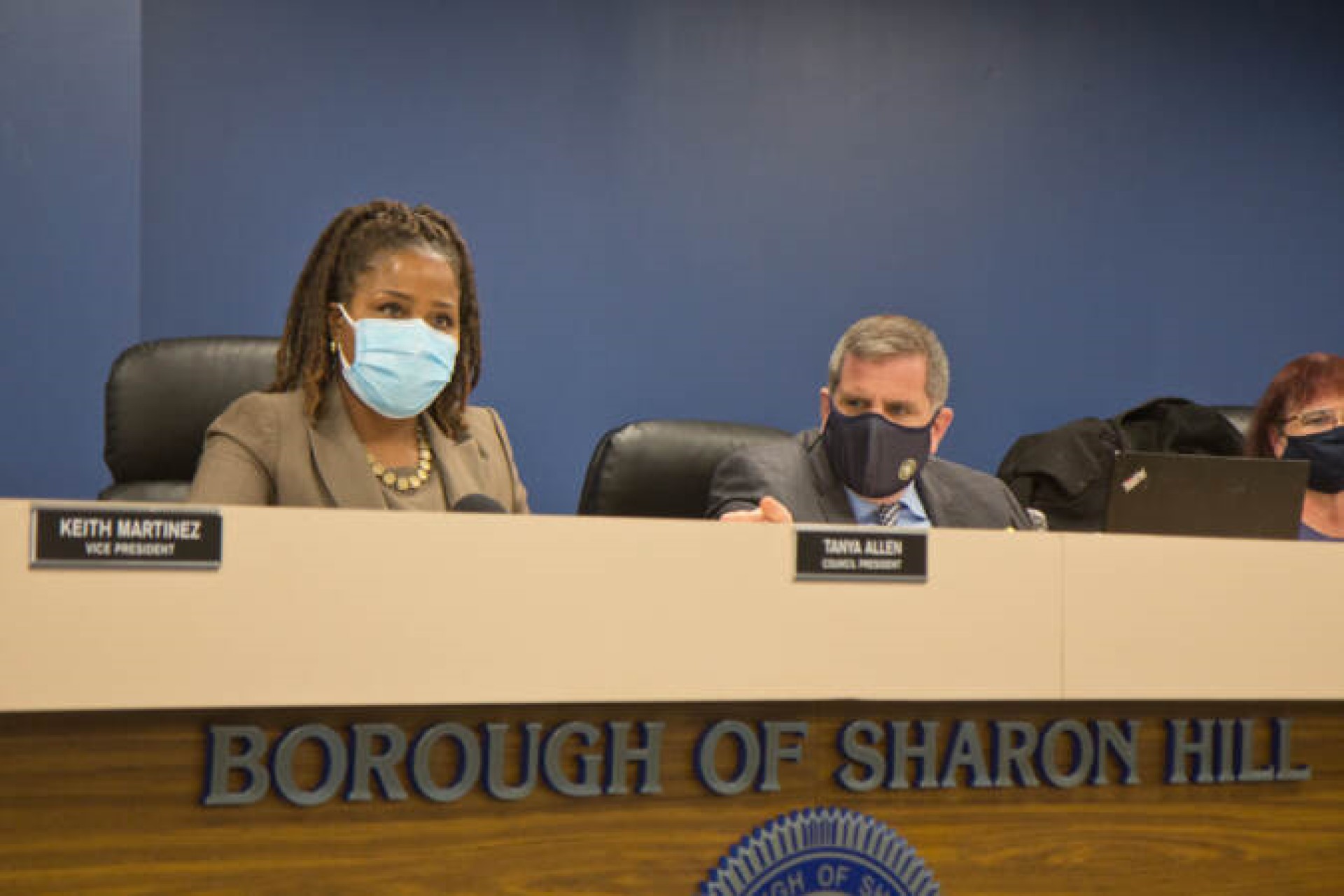 Placed on Thursday night’s meeting agenda was a motion to fire the officers citing Section 1190 of the Sharon Hill Borough Code, which says the council has the ability to terminate police officers who “neglect or violate any official duty or violate any law if the violation constitutes a misdemeanor or felony.

Though the borough has now moved to punish the individual officers, an administrative investigation is still being conducted by former Philadelphia District Attorney Kelly Hodge.

According to documents seen by The Philadelphia Inquirer, the three officers acted in violation of the police department’s use-of-force policy. Adopted in 2016, it prohibits officers from firing weapons if an innocent person could get injured.

Department guidelines also ban officers from firing at moving vehicles except in the case of self-defense or in defense of the public. The policy is similar to that of the Philadelphia Police Department. Whether this argument will be used in court remains to be seen.

The Borough Council’s votes were nearly unanimous Thursday night, but the crowd in attendance was divided on the issue of firing — which led to some very tense moments.

Prior to the vote, Dyamond Gibbs spoke on behalf of the Bility family during a public comment period.

Gibbs told WHYY News in a subsequent interview that the family is worried that Sharon Hill Police Chief Richard Herron may not be held accountable.

“We’re aware, of course, of the charges brought up against the officers, but the family was asking about the role of the police chief and all of this, why he’s been so quiet,” Gibbs said. “And yes, we know there’s a lawsuit out there against him. But he’s never said that, ‘Hey, this is not our policy, this is wrong.’”

WHYY News asked Herron for comment after Thursday night’s meeting, and he declined the request. 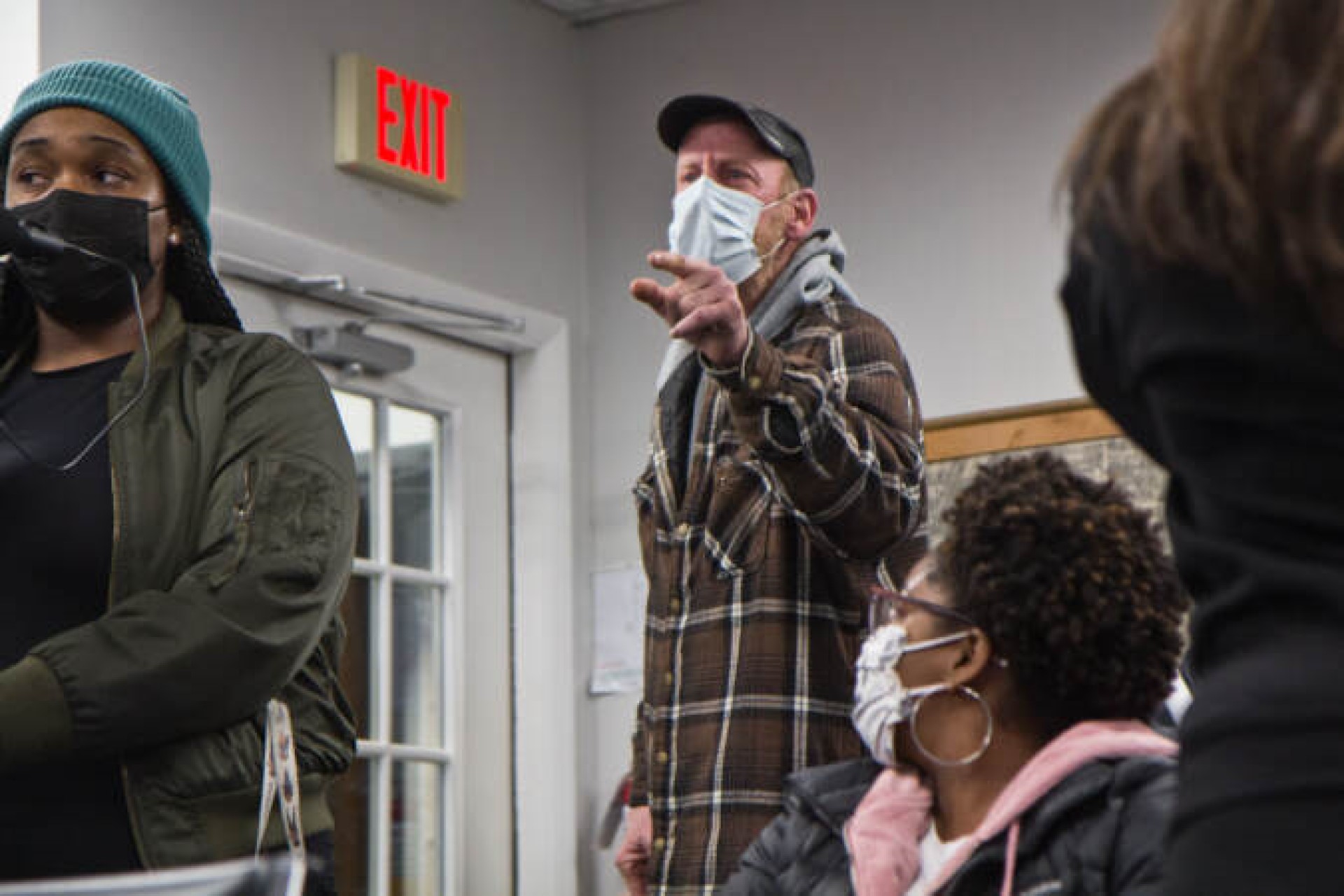 On Tuesday, Joseph Fitzgerald, president of Delaware County Fraternal Order of Police Lodge No. 27, released a statement in support of the three officers and vowing to “provide a vigorous defense against these allegations.”

“Our members have served the Sharon Hill community with respect and integrity, and we ask the public for continued patience as this case moves through the criminal justice system,” Fitzgerald said.

A spokesperson for the District Attorney’s Office told WHYY News that Dolan, Smith, and Devaney had turned themselves in on Tuesday morning and were arraigned. Bail was set at $500,000, unsecured.

A preliminary hearing for the officers is scheduled for Jan. 27.

In concluding the early portion of the meeting in which the votes to terminate were taken, Council President Allen said, “Our quote of the meeting is, `We must accept finite disappointment but never lose infinite hope,’ by Dr. Martin Luther King.” 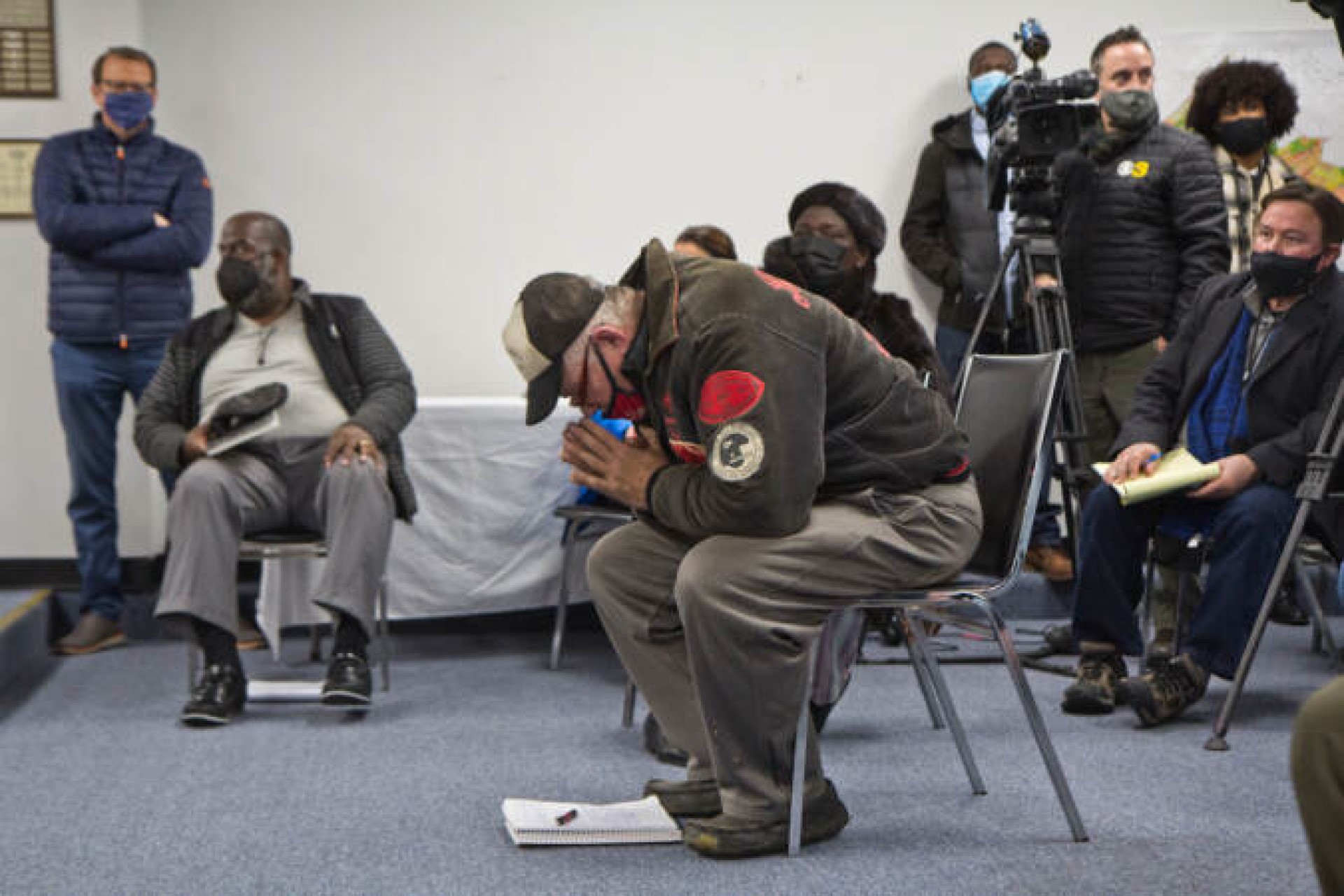