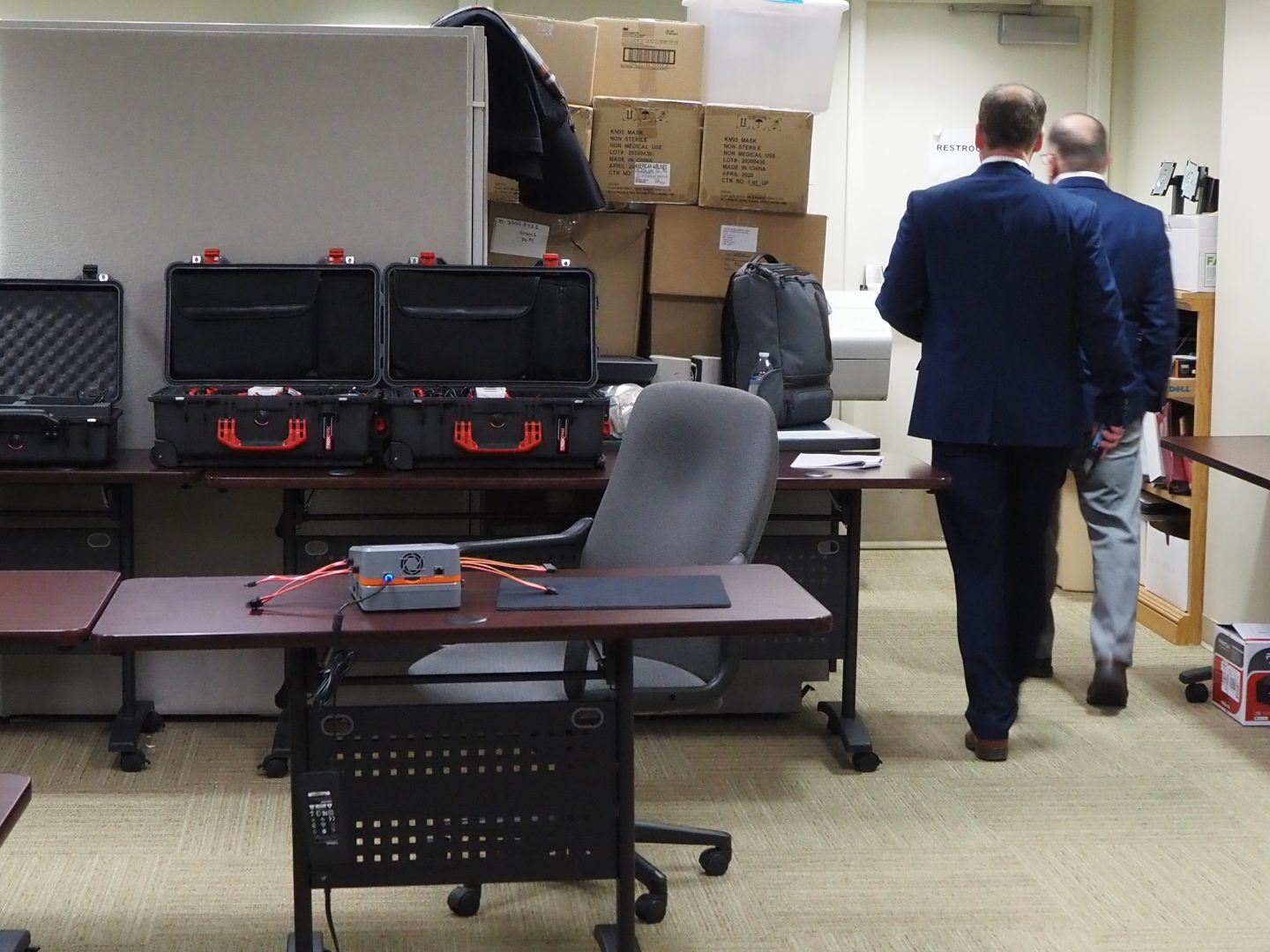 (McConnellsburg) – The Pennsylvania Supreme Court temporarily blocked a data security company hired by state Senate Republicans from examining Fulton County’s voting machines last week. But a legal team representing the county is fighting to get the probe back on track.

The standoff has put the focus on those leading that effort, and on questions about the process that remain unanswered.

Those who have instigated and supported looking at Fulton County’s machines have ties to organizations and lawmakers who have backed false claims about the last presidential election.

The probe is part of a push by a Republican-led state Senate committee, chaired by Sen. Cris Dush (R-Cameron), to investigate Pennsylvania’s last several elections, despite audits confirming results and a previous Senate election review that yielded suggestions about how to make Election Day run more smoothly in Pennsylvania.

Dush and others haven’t been clear about why they want to probe Fulton County’s voting machines. But lawyer Thomas Breth of western Pennsylvania firm Dillon McCandless King Coulter & Graham, who is representing the county, said it doesn’t matter.

“We’re not going to second-guess a request coming from the chairman of a committee within the Pennsylvania Senate. As a governmental entity ourselves, we have a constitutional obligation to cooperate with other governmental entities,” Breth said before the Supreme Court court decision Friday. 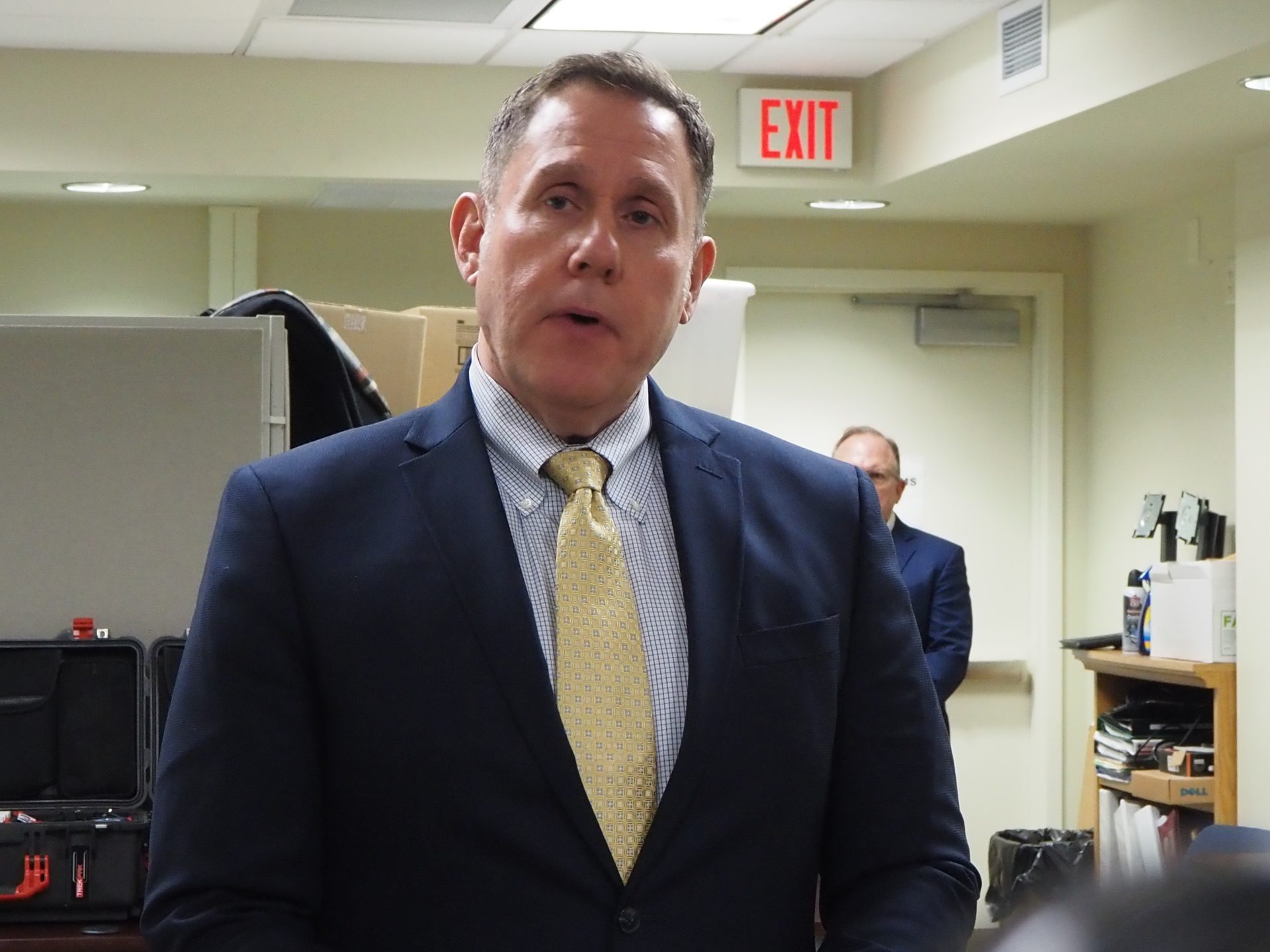 Lawyer Thomas Breth, retained by Fulton County’s Board of Commissioners to help oversee an inspection of its 2020 voting machines, speaks to the media during a Jan. 14, 2022 board meeting.

Breth and another lawyer at his firm, Thomas King, were brought in by Fulton County months ago to help the county sue the Department of State over a decision to decertify the same machines Senate Republicans want to examine. Since they’re decertified, the machines cannot be used in any future elections.

The agency said it did so because a third-party company inspected them last year, which it said broke voting security protocols. The company, Wake TSI, found nothing unusual and would go on to help the Arizona Senate conduct its widely-discredited election review.

Breth has said he and King are helping Fulton County as special counsel for the Amistad Project, housed under a conservative law group called the Thomas More Society. That project was deeply involved in trying to overturn Pennsylvania’s 2020 election results.

On its website, the Amistad Project boasts about having “ongoing litigation against the left’s shadow government.” Spotlight PA reports the project tried unsuccessfully at least five times to get Pennsylvania courts to block the counting of certain types of ballots in 2020.

King is also general counsel for the Republican Party of Pennsylvania.

Stuart Ulsh, one of Fulton County’s two Republican commissioners, is supporting a review of the county’s election materials and told a state Senate panel last fall that he has taken his cues on that from Republican senators like Judy Ward (R-Blair) and Doug Mastriano (R-Franklin).

“I was in conversation with Senator Ward,” Ulsh said. “She just asked me if I would be interested or if I had any thoughts of doing an investigation of our elections.”

A document obtained by the Arizona Mirror shows Mastriano helped set up the Wake TSI voting machine inspection last year. That was paid for by a group known as Defending the Republic, a nonprofit with ties to former President Donald Trump’s campaign lawyer Sidney Powell.

Ulsh said he never asked questions about who set that review up or how it was paid for, but did do his own research before allowing the inspection to happen without a public vote.

“I actually Googled them and checked them out to see what credentials they had, and after looking at that I had no reason not to think that they couldn’t do the job that we was wanting them to do,” Ulsh said.

Wake TSI had no election-related experience at the time. The company describes itself as a custom IT services firm on its website. 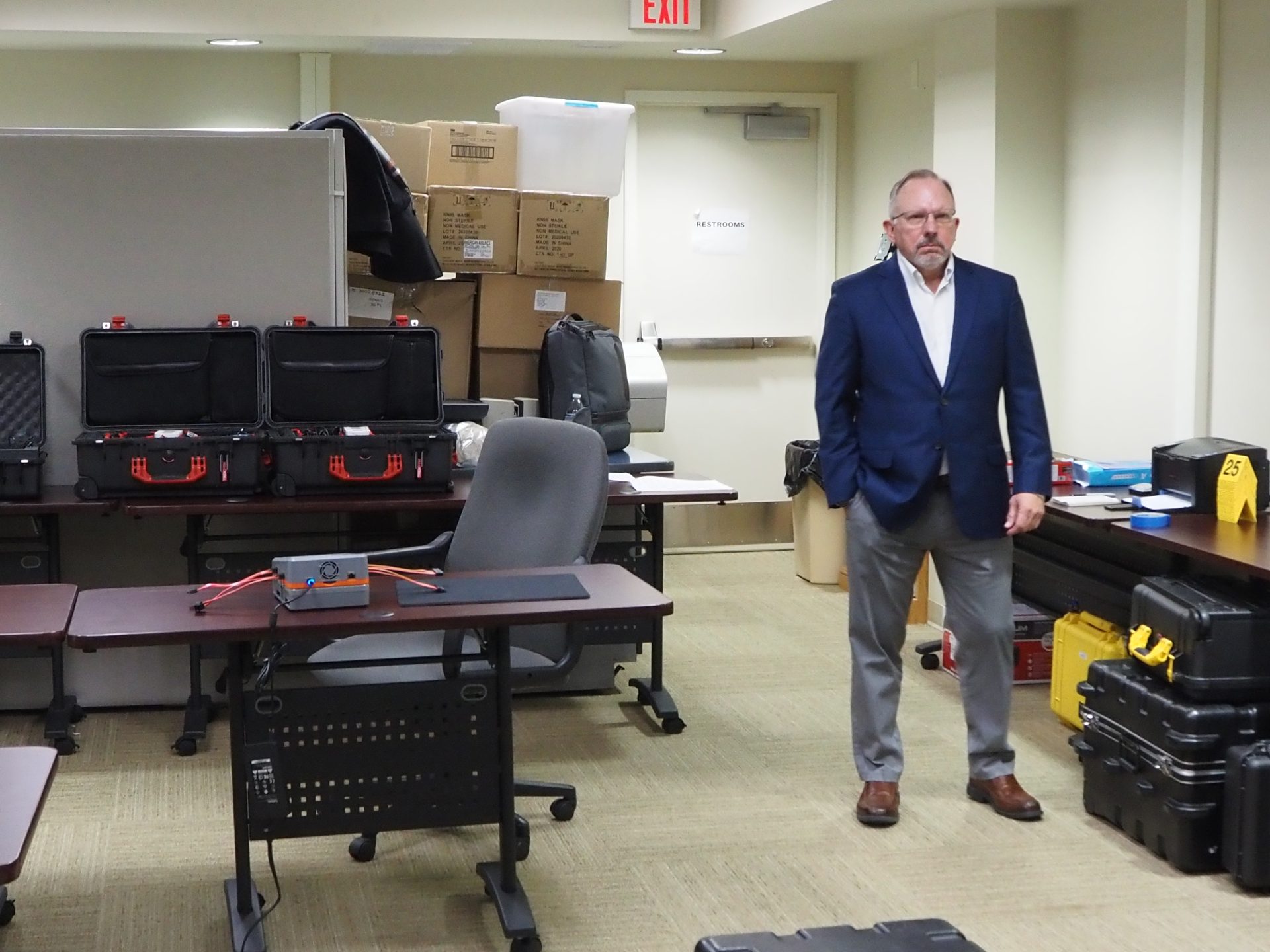 Data security company Envoy Sage president Steve Lehr stands near unidentified equipment before a Jan. 14, 2022 inspection of Fulton County’s 2020 voting machines. The inspection did not proceed as planned after the Pa. Supreme Court ordered a halt.

Fulton County commissioners have been the only ones willing to work with Republican state senators on their elections probe. When Mastriano asked York, Tioga and Philadelphia counties to offer up things like voting equipment for scrutiny last summer, they refused.

A key reason why Fulton County is in Republican crosshairs is because it used Dominion voting machines in 2020. Trump’s allies have falsely claimed those machines were used to flip votes for President Joe Biden.

The public also doesn’t know how the Senate would be inspecting those machines, or if it would follow state or federal guidelines on inspections.

Stanley Brand, a Distinguished Fellow in Law and Government at Penn State Dickinson Law, said not knowing anything about the inspection process opens up more questions.

“What happens when you breach the very important security of these machines, and allow non-certified, not professional people access to these machines?”

Dominion has asked Fulton County to send the machines it used to a federally-certified lab to be inspected, as a way of avoiding any security breaches. The county’s legal team, including Breth, has suggested that wouldn’t be necessary.

Breth addressed the inspection process to a small audience that had gathered to watch it take place last week, but was vague.

“The inspection will be done in such a manner that it will not impact the integrity of the system or the data that’s contained within the system,” he said.

Whether Republicans will get a look at the machines at all is in the hands of the state Supreme Court. The Wolf administration appealed a lower court decision allowing the inspection, and Fulton County sent arguments against the appeal to the court last week. The administration’s reply brief was due Wednesday.

Brand said judges can take their time with the case, but added it will have to answer the thorny legal issues at some point.

“I think it goes right to the heart of protecting the integrity of the [election] process and I would imagine the Supreme Court would be sensitive to that,” Brand said.

A spokeswoman at the Attorney General’s office said the court will likely make a decision based on the briefs, but it’s unclear when judges will decide.