County officials maintain they did nothing wrong 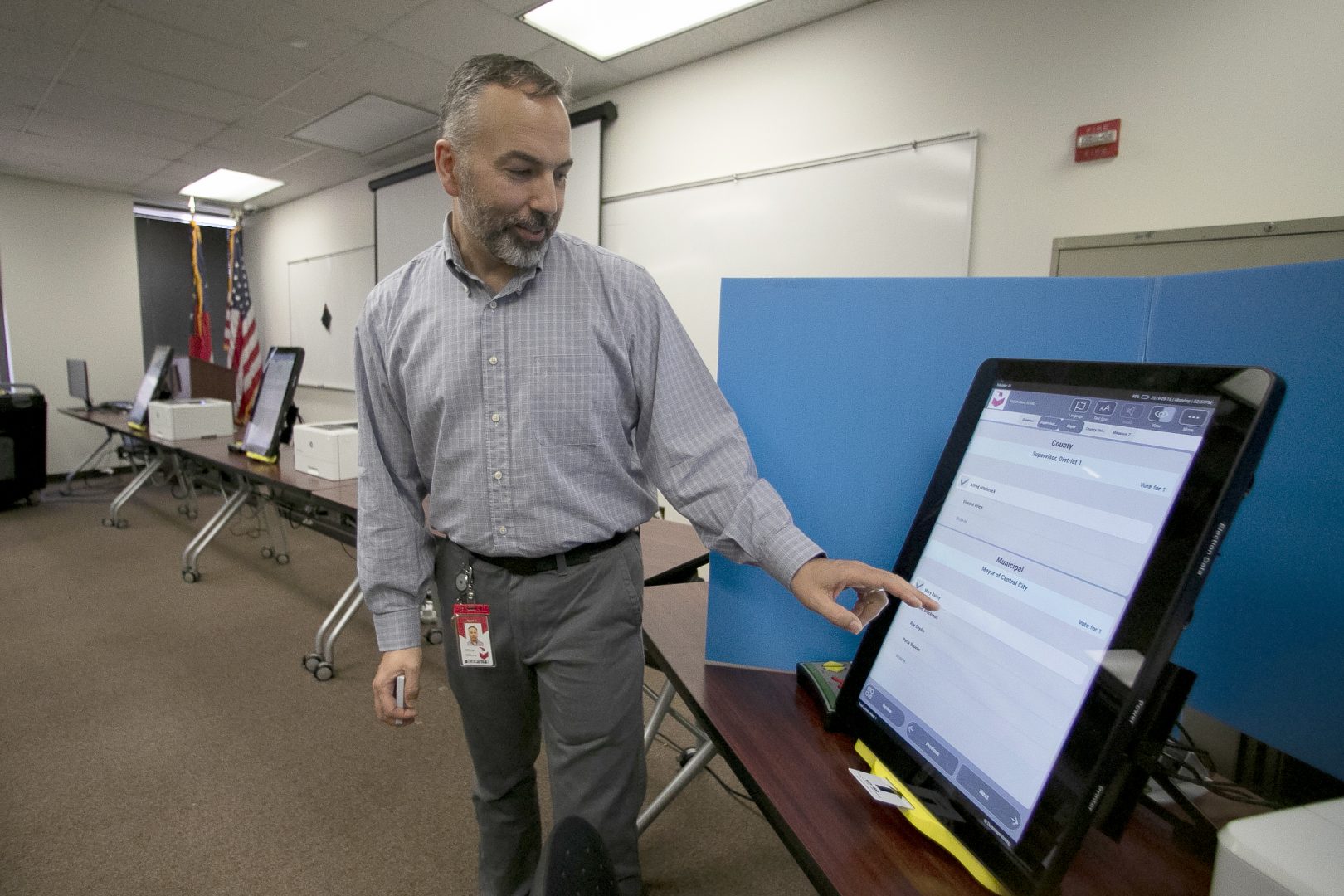 (Harrisburg) — Pennsylvania’s top election official has decertified the voting machines of a sparsely populated county that disclosed that it had agreed to requests by local Republican lawmakers and allowed a software firm to inspect the machines as part of an “audit” after the 2020 election.

The action by Acting Secretary of State Veronica Degraffenreid almost certainly means that Fulton County — where officials maintained they did nothing wrong — will have to buy or lease new voting machines.

The lawmakers’ request for the “audit” came amid former President Donald Trump’s baseless claims that the 2020 election was rigged against him in Pennsylvania and other battleground states.

Degraffenreid, an appointee of Democratic Gov. Tom Wolf, notified Fulton County officials in a letter Tuesday that the inspection violated state law. It was done in a manner that “was not transparent or bipartisan” and the firm had “no knowledge or expertise in election technology,” Degraffenreid wrote.

“I have no other choice but to decertify the use of Fulton County’s leased Dominion Democracy Suite 5.5A voting system last used in the November 2020 election,” Degraffenreid wrote.

Pennsylvania’s election law gives counties the duty to “maintain proper chain of custody” of ballots and voting systems, requirements that ensure that any election is conducted transparently and that voting systems are not compromised, Degraffenreid wrote.

Voting systems that pass anti-tampering tests are certified by states. The U.S. Election Assistance Commission accredits labs to test voting machines and provides guidance to states on how to maintain a chain of custody over voting systems. 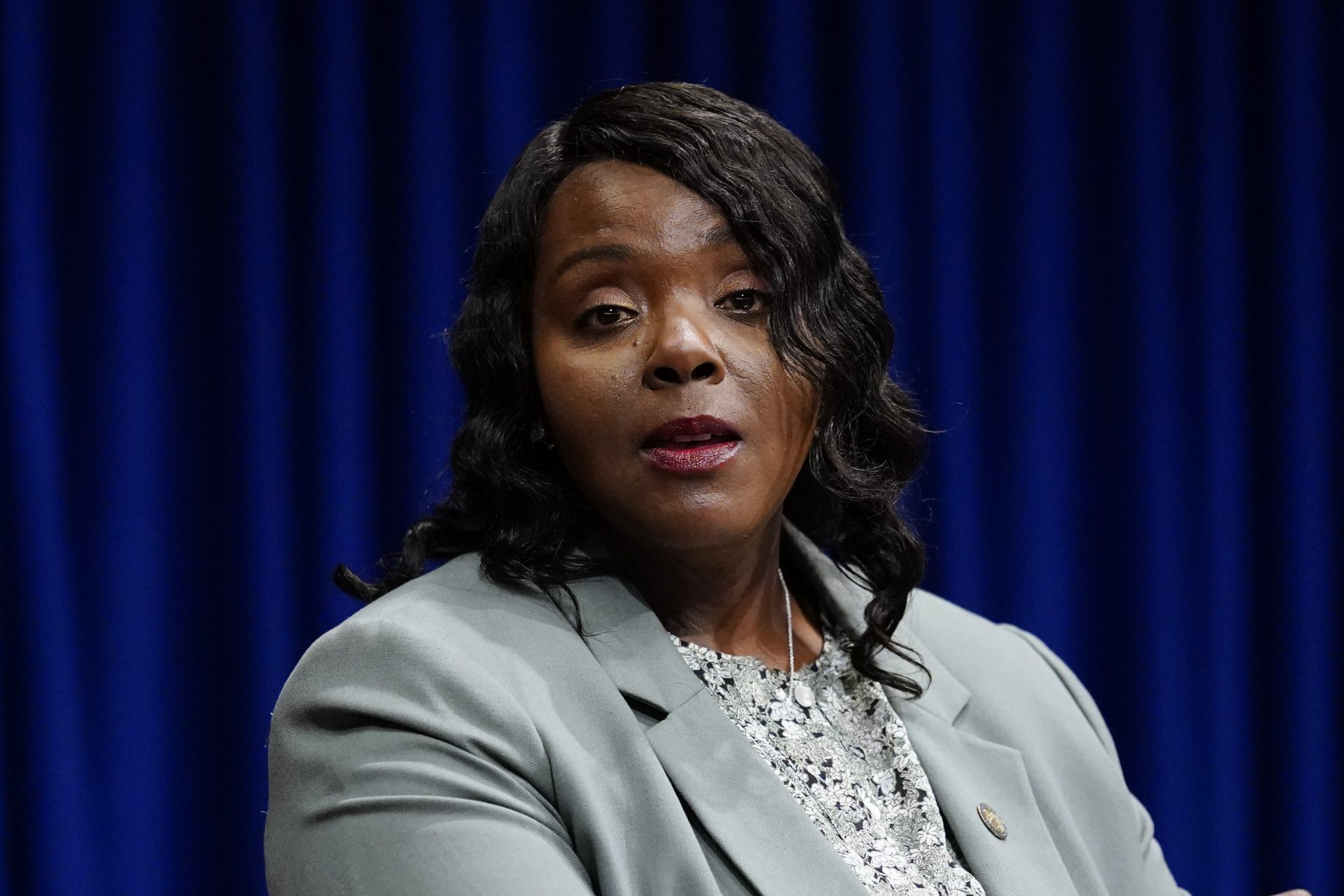 Acting Secretary of State Veronica Degraffenreid speaks with members of the media during a news conference at the Pennsylvania Capitol in Harrisburg, Pa., Wednesday, May 26, 2021.

Degraffenreid made the decision as several counties in Pennsylvania are pushing back against pressure from some Republican state lawmakers and their allies to provide access to their voting systems for a “forensic investigation.”

Edward Perez, global director of technology development at the California-based OSET Institute, which is devoted to research on election infrastructure and administration, said it is not normal to hand election equipment to inexperienced, third-party auditors who are not experienced with election administration practices or with voting system technology.”

In May, Fulton County’s elections director wrote to Degraffenreid to say that lawmakers had asked the county in December to allow an “audit to prove to the voters that the 2020 General Election was run appropriately.”

Under the supervision of Fulton County’s information technology director, employees of the West Chester-based software company Wake TSI took backups of data on computers used in ballot-counting, “complete hard drive images” of the computers and ”complete images” of two thumb drives that had been used on election night to transfer results files, the county elections director wrote.

Wake TSI agreed not to “disturb or manipulate” any election equipment, and they were watched at all times by county staff, the county elections director wrote.

But, Degraffenreid wrote on Tuesday, neither Fulton County nor the vendor, Dominion Voting Systems, nor the Department of State “can verify that the impacted components of Fulton County’s leased voting system are safe to use in future elections.”

About 8,000 votes were counted in Fulton County’s 2020 election, with voters backing Trump by almost seven-to-one over Democrat Joe Biden. Biden went on to win Pennsylvania by more than 80,000 votes.

In an interview last month, Stuart Ulsh, chairman of the Fulton County commissioners, said no one touched their voting machines, except the county’s computer staff, and that the county paid nothing for the inspection.

“This wasn’t done looking for a problem,” Ulsh said. “It was done for transparency.”

Wake TSI went on to work briefly on a widely discredited partisan “audit” in Arizona after the state’s Senate Republicans used their subpoena power to take control of Maricopa County’s voting machines, a review fueled by Trump’s baseless claims.

Maricopa County last week approved nearly $3 million for new vote-counting machines, saying the machines were compromised because they were in the control of firms not accredited to handle election equipment.

Arizona Secretary of State Katie Hobbs, a Democrat, had said she would seek to decertify the machines if the county planned to use them again.