Temple head coach Rod Carey looks on with his team during the second half of an NCAA college football against Houston, Saturday, Nov. 13, 2021, in Philadelphia.

The Owls completed a 3-9 season on Saturday with their seventh straight lopsided loss, falling to Navy 38-14.

(Philadelphia) — Temple fired coach Rod Carey on Monday after three seasons with the school, ending a tenure that started with a bowl game and finished with a combined two conferences wins in the last two seasons.

The Owls completed a 3-9 season on Saturday with their seventh straight lopsided loss, falling to Navy 38-14.

“It’s never an easy decision to replace a head coach,” Temple athletic director Arthur Johnson said. “The past two seasons have not been easy with the challenges of the pandemic. I want to thank Rod for staying committed to our student-athletes and wish him and his family well in their next chapter.” 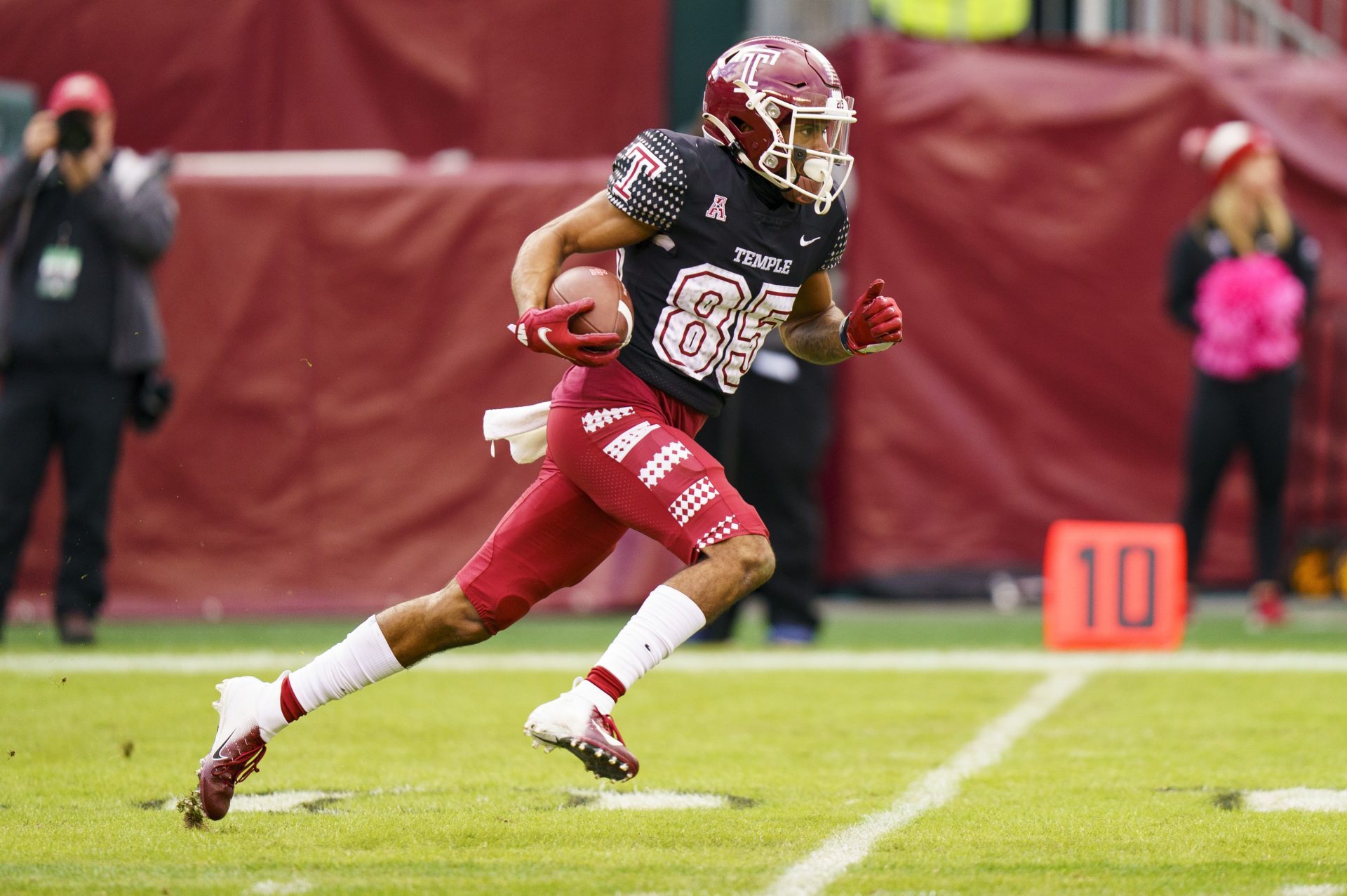 Temple wide receiver Amad Anderson Jr. (85) returns the kick during the second half of an NCAA college football against Houston, Saturday, Nov. 13, 2021, in Philadelphia. Houston won 37-8.

The unusual timing of his hiring was the result of Manny Diaz taking the Temple job after Geoff Collins left for Georgia Tech, but soon after Diaz was hired by Miami.

But the Owls went 1-6 last year in a season wrecked by COVID-19 issues and then finished tied for last in the American this year. The Owls lost their last seven games.

“I’ve never been through a bad streak like this,” Carey said after Saturday’s loss. “Our team stayed together.”

Earlier this year, Temple finally hired a replacement for the athletic director who had hired Carey. Johnson, a veteran administrator who most recently worked at Texas, was named Temple AD in October. Temple tried for years to build an on-campus stadium to help boost interest and create revenue but instead is stuck playing at cavernous Lincoln Financial Field, home of the Philadelphia Eagles.