For people who want to start their own farms, there’s no guarantee they’ll find land. It's a top barrier for newcomers in the agriculture industry.

(Pittsburgh) — Stephanie and Taylor Rickert have always wanted to own a farm. They grew up in farming families, but most of the land was sold off when they were still kids.

So several years ago, in their early twenties, the couple started to search for their own place. It was a daunting task that bordered on the impossible.

“[We] couldn’t find anything,” Taylor said. “We actually went out and made note cards that said, ‘Please call us back. We’re young, and we’re looking for a farm,’ with our name and number. And we actually went around and knocked on people’s doors.”

For people who want to start their own farms, there’s no guarantee they’ll find land. It’s a top barrier for newcomers in the agriculture industry.

No one wanted to sell to the Rickerts, or they wanted too much money, the couple said. Other properties were snapped up before the Rickerts could get to them.

But then, a relative near McConnells Mill told the couple that her neighbors were moving to a nursing home and about to put their 20-acre farm up for auction. 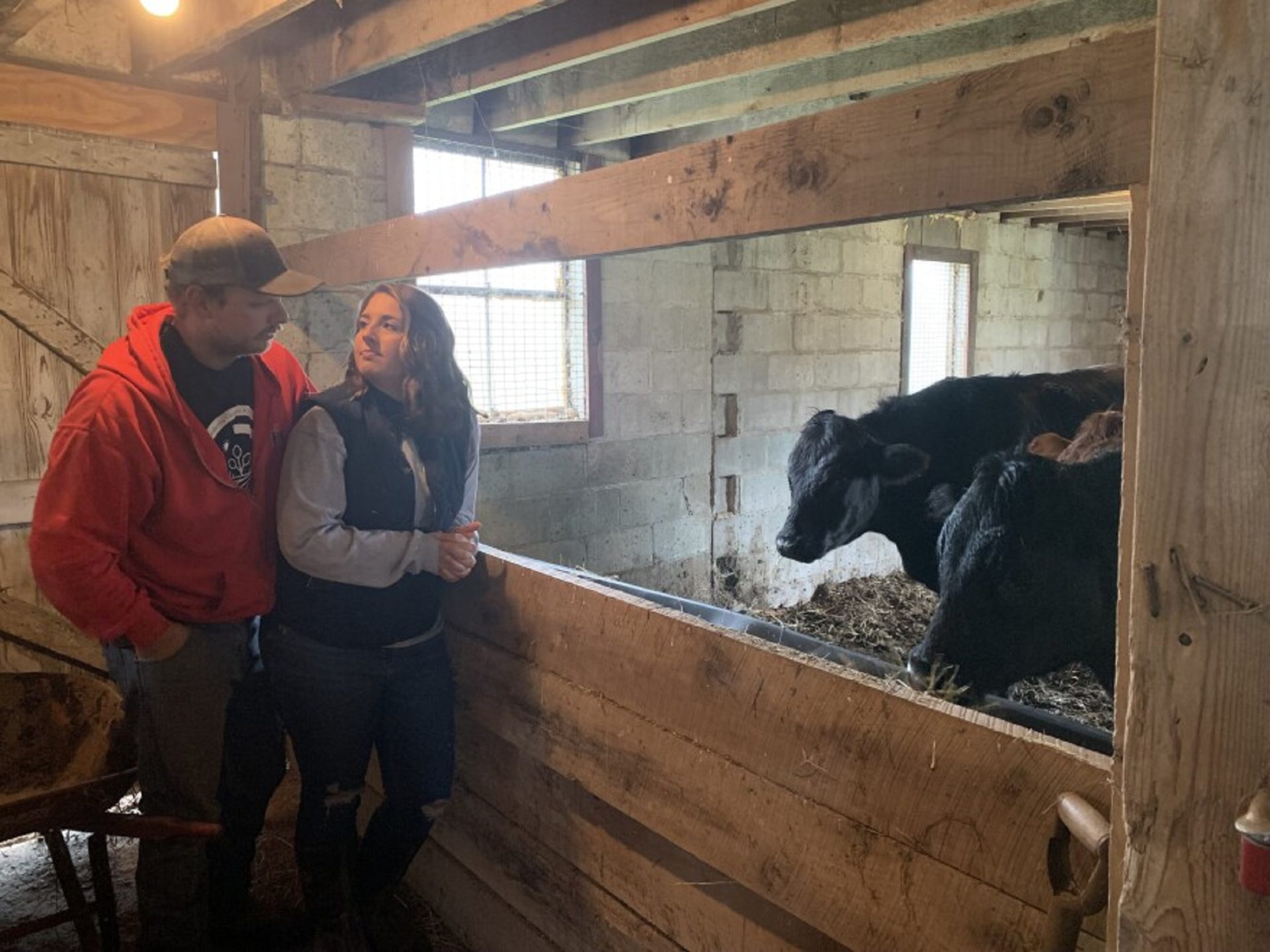 Taylor (left) and Stephanie Rickert bought their 20-acre farm in the village of Princeton in August 2020. They had searched for several years, and property was so hard to come by that they resorted to going door-to-door to ask landowners to sell.

The Rickerts weren’t sure they could compete — developers would probably bid, too, and auctions involve hefty down payments.

But then, the couple got a call from the family that owned the farm.

“We’re like, ‘Yeah, we really want it. We’re doing as much as we can.’ And then they go, ‘Well, we’ll just sell it to you outright then,’ which changed the whole ballgame.”

The Rickerts bought the farm last year at a slightly reduced price. Now, they raise chickens, cows, and pigs, and sell enough meat and eggs to keep their business going.

They attribute their success to both dogged persistence and tremendous luck.

“And at the end of the day, it only took one special family like the people that we bought this [place] from to say, ‘You know what? Put all the money aside. … Our parents want to see this stay a farm. Is that worth it to them?’ And it was,” Taylor said.

The Rickerts both still work full-time off the farm — Taylor on a municipal road crew and Stephanie as a dental hygienist. It’s common for small farm operators to have off-farm jobs to supplement their income.

First-generation farmers like the Rickerts, who don’t already have land, often cannot acquire enough acreage to farm at the scale needed to make a living.

“It’s exceedingly difficult to build anything of significance under a traditional farm lease,” said Margaret Schlass, also a first-generation farmer who started her own farm in 2009, when she was 23 years old.

At the time, she could only afford to rent, and after years of searching, she ended up in handshake deals for two properties in Richland Township and one in Middlesex Township.

“The handshake lease is so common in [agriculture],” Schlass said. “When you start asking people to put things in writing, they start to want to just back away.”

From the beginning, she knew it was a risk not to have a written lease. But during her first five years in operation, it seemed like she’d made a good bet: She had hundreds of customers, including local restaurants, and employed as many as a dozen people on her roughly 50-acre produce farm.

But at year six, her biggest landlord pulled the plug, and Schlass had to shut down the business.

“That just goes to show you [that] you can work as hard as anybody. … You can have wonderful customers. And all it takes is one landowner saying, ‘I don’t see you here anymore.’ And your whole business comes crashing down,” Schlass said.

FILE: A herd of Holstein cows on dairy farm in Pennsylvania.

Now an industrial mechanic, Schlass doesn’t regret the risks she took with her farm.

“I wanted to live my dream. It was my only option,” she said. “I didn’t have the resources to go out and buy the perfect farm for me. … I don’t have any inheritable land, any inheritable anything.”

Newcomers in ag often struggle to compete with developers when trying to purchase land. This pressure is especially pronounced near urban centers, which can make it difficult to access areas with high concentrations of consumers.

Given the high cost of land, many beginning farmers are forced to accept year-to-year leases or handshake agreements.

This dynamic further strains an aging industry that is projected to face a severe labor shortage in the coming years.

A 2018 study commissioned by the Pennsylvania Department of Agriculture predicts the state will have 75,000 unfilled ag jobs by 2027. That estimate represents about a quarter of the sector’s existing workforce. 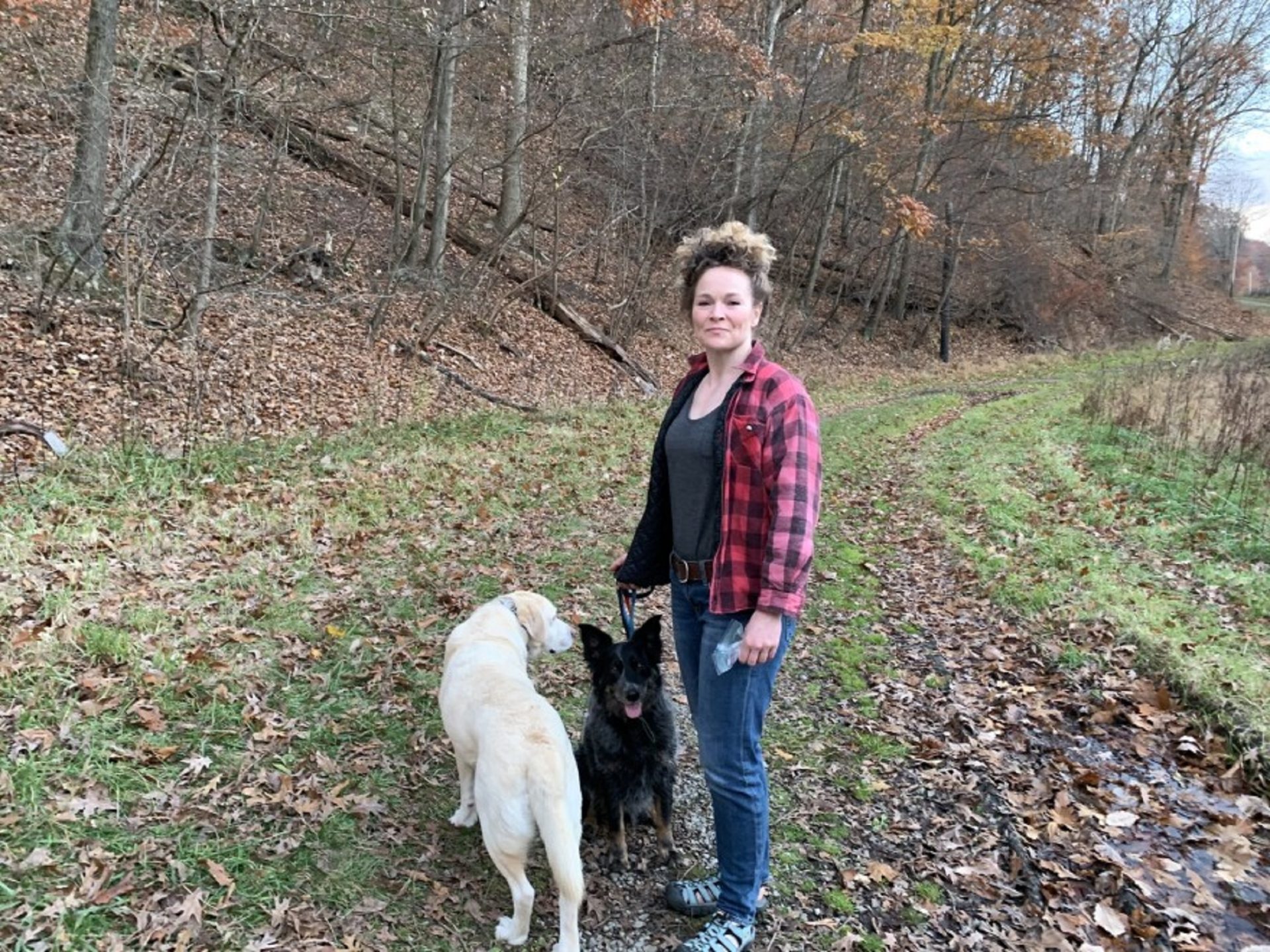 After shuttering her farm in 2015, Margaret Schlass became an industrial mechanic.

The Western Pennsylvania Conservancy got involved in this effort about five years ago even though it has historically focused on protecting state parks and natural areas. In 2019, the land trust announced it had launched a program, called the Farmland Access Initiative.

“What we decided … we’d try is buying the properties ourselves and then leasing them out to farmers at really arguably subsidized rates and really help them just give them a chance to really develop their businesses,” said Shaun Fenlon, the conservancy’s vice president of land conservation.

The nonprofit now owns three farm properties outside Pittsburgh. Fenlon said the small farms in the program generally don’t provide a livable income for their tenants and that the conservancy has no plans to obtain more farmland.

So, the high cost of land is likely to remain an obstacle for new farmers.

Still, Margaret Schlass said she hasn’t ruled out giving farming another try. But the right opportunity would have to come along.

“It’s your whole life, so as a farmer, you need it to meet your needs: You need it to have the right amount of acreage, [and] it needs to be the right farm for you. … It needs to give you the things you need to be successful,” she said.