Records from the archives are currently set to be released to the committee on Friday.

(Washington) — A federal judge has denied former President Donald Trump’s request to block documents from being handed over to a House committee investigating the Jan. 6 riots at the U.S. Capitol.

In a ruling issued Tuesday, U.S. District Judge Tanya Chutkan said the records, which are held by the National Archives, can be released to the panel overseeing the probe into Jan. 6.

“Accordingly, the court holds that the public interest lies in permitting—not enjoining— the combined will of the legislative and executive branches to study the events that led to and occurred on January 6, and to consider legislation to prevent such events from ever occurring again,” Chutkan wrote.

She added that Trump “is unlikely to succeed on the merits of his claims or suffer irreparable harm, and because a balance of the equities and public interest bear against granting his requested relief.”

Records from the archives are currently set to be released to the committee on Friday. Following Tuesday’s ruling, attorneys for Trump quickly filed notice of an appeal. 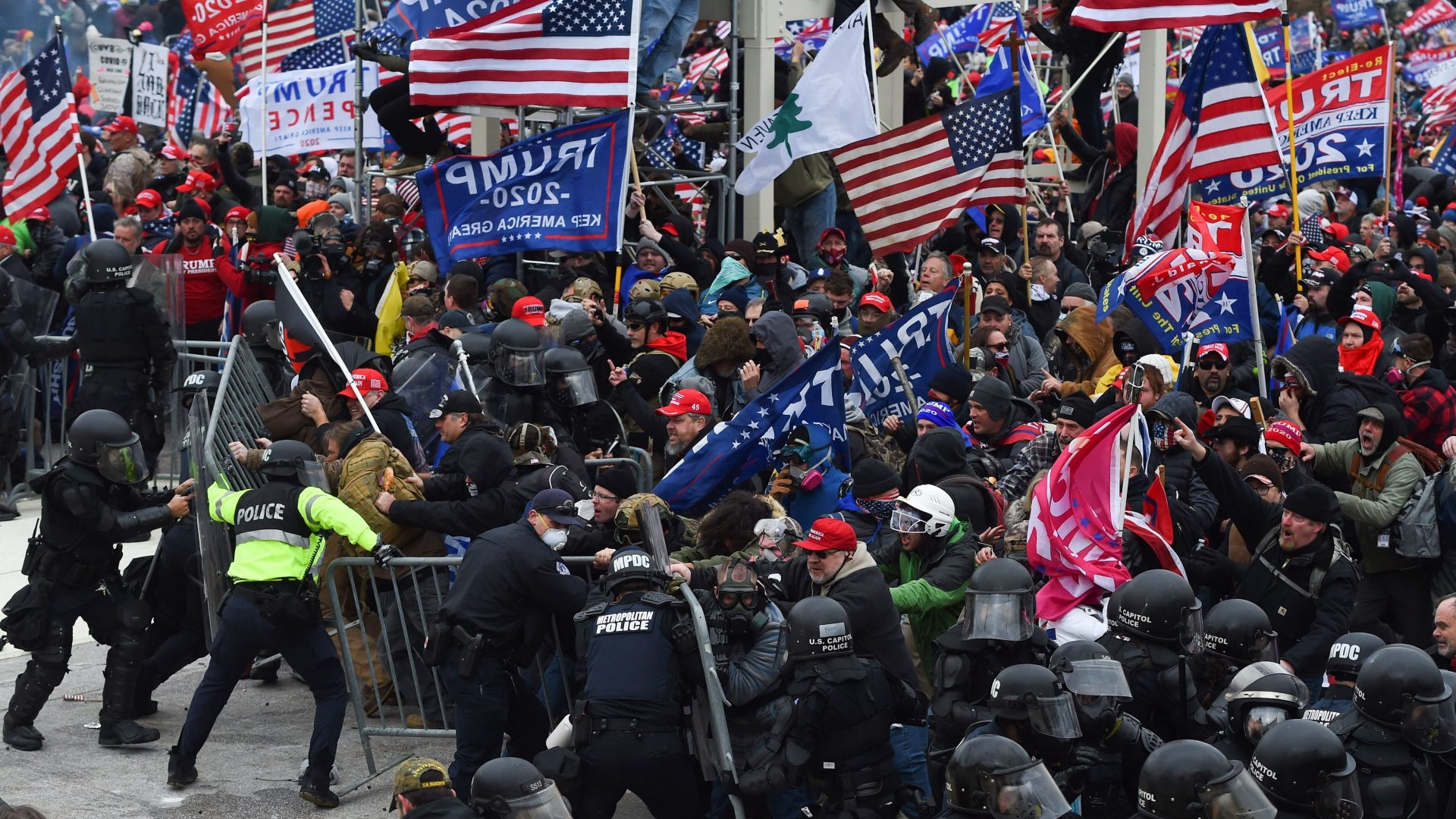 Trump supporters clash with police and security forces as they push barricades to storm the US Capitol in Washington D.C on January 6, 2021. (Photo by ROBERTO SCHMIDT/AFP via Getty Images)

Trump had filed suit last month seeking a preliminary injunction to block the records from being released. He called the House panel’s request for records a “vexatious, illegal fishing expedition” that was “untethered from any legitimate legislative purpose.”

The former president had claimed executive privilege — a concept that protects certain documents and conversations from public disclosure — still applies to a former presidential administration.

Trump has also used the same claim of executive privilege to encourage former members of his administration subpoenaed by the House committee — including former White House chief strategist Steve Bannon and former chief of staff Mark Meadows — not to cooperate with the investigation.

During a hearing in the case last week, Trump attorney Justin Clark argued that not allowing the former president to invoke executive privilege would harm the institution of the presidency. Executive privilege largely sits with the current president, defense attorneys for the Jan 6. committee and National Archives argued.

President Biden has said he supports the release of the documents. 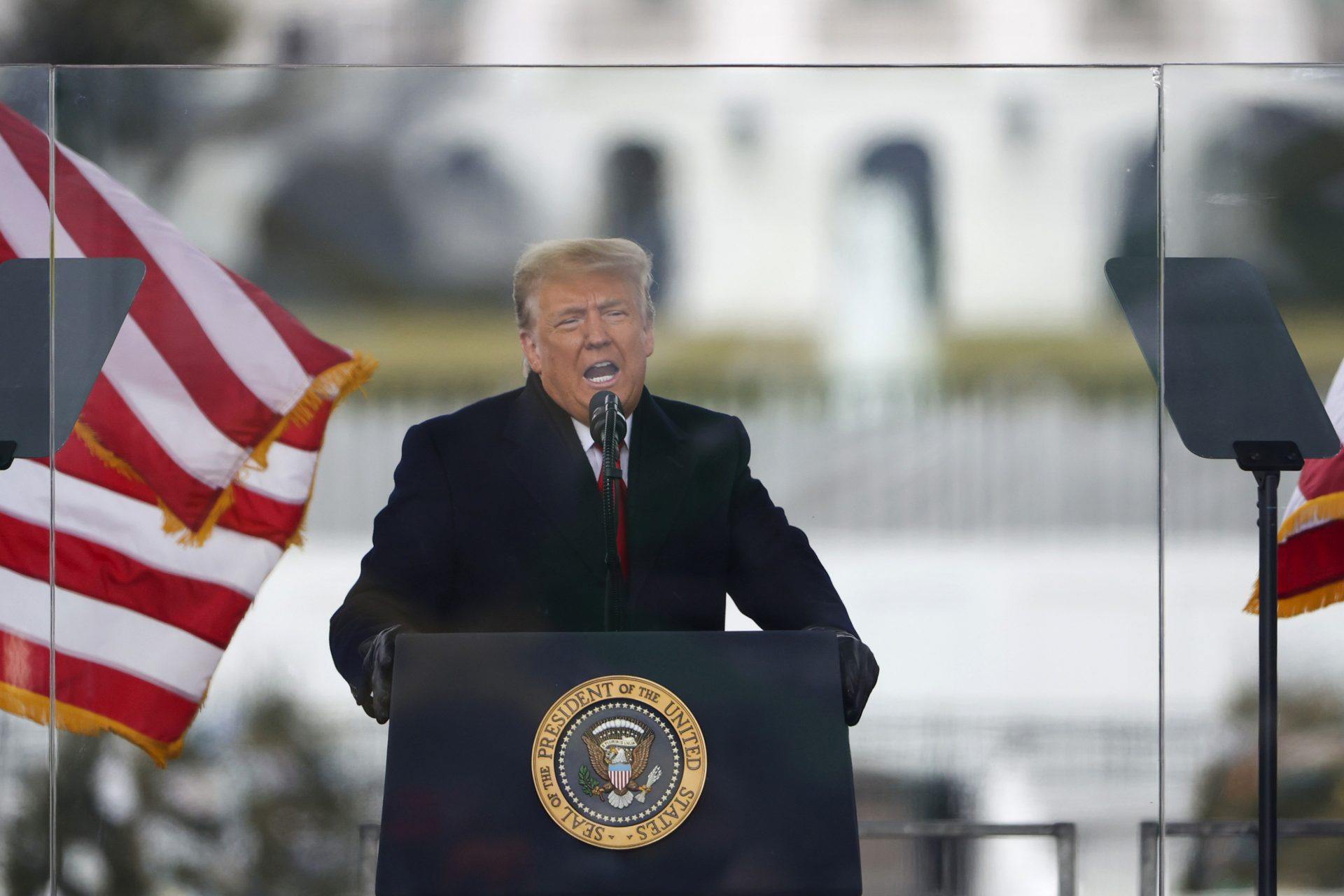 President Donald Trump speaks at the “Stop The Steal” Rally on January 06, 2021 in Washington, DC. Trump supporters gathered in the nation’s capital today to protest the ratification of President-elect Joe Biden’s Electoral College victory over President Trump in the 2020 election.

According to recent court filings, Trump was seeking to block call logs, drafts of remarks, and speeches and handwritten notes from Meadows and others.

Speaking to CNN Tuesday night, Rep. Bennie Thompson, D-Miss., called Chutkan’s ruling “a big deal.” Thompson, who chairs the House select committee in charge of the Jan. 6 probe, said Trump should “man up” and stop behaving like a “spoiled brat.”

Since the committee was formed in July and began its work looking into the events leading up to and on Jan. 6., Trump has repeatedly attacked the panel’s work.

The former president has also continued to promote unfounded claims about election fraud — a notion that fueled the Jan. 6 attacks on the Capitol as Congress was certifying the election in favor of President Biden.