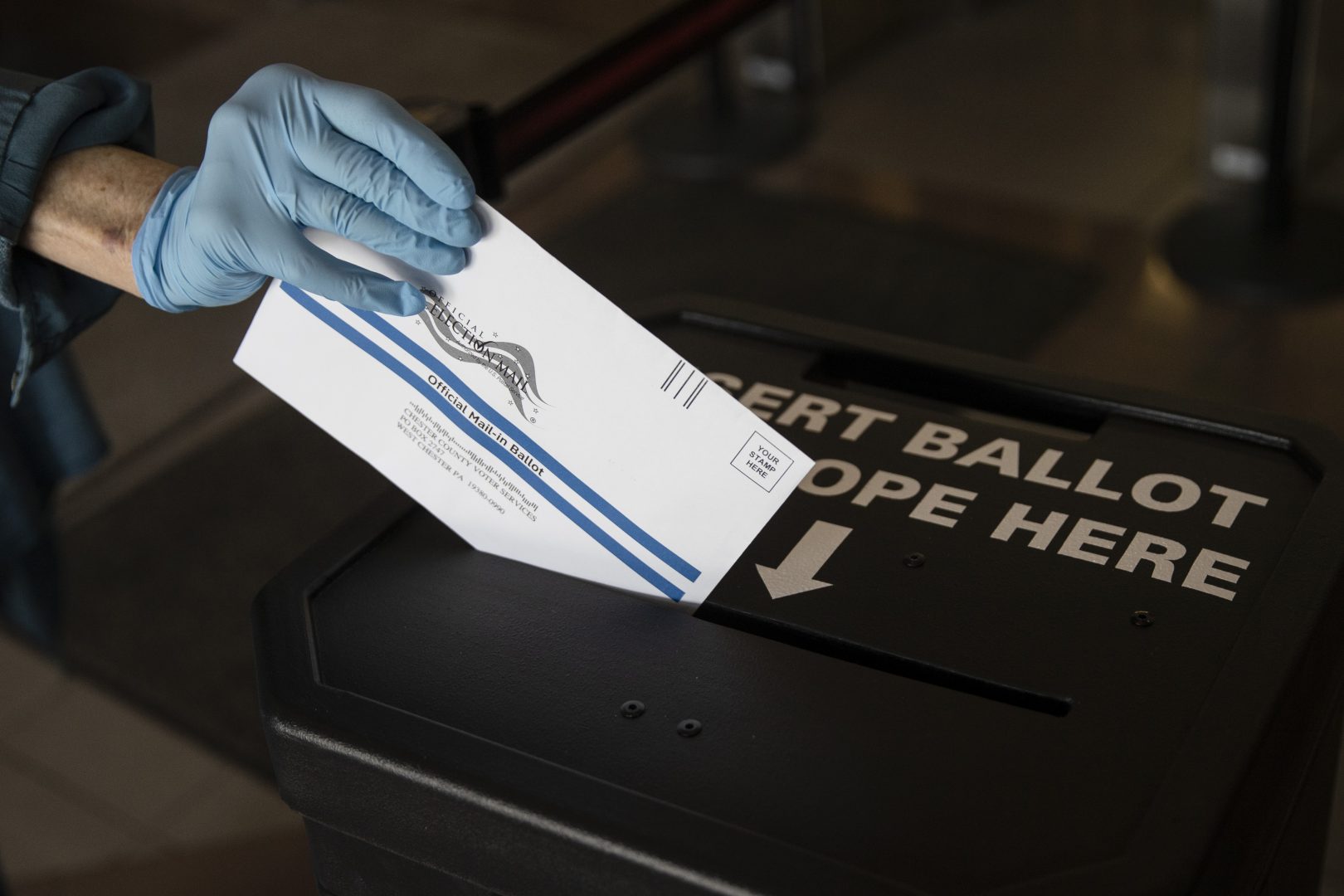 (Harrisburg) — A Pennsylvania Senate hearing designed to gather input from the Department of State about potential changes to election law was over quickly on Tuesday because the Wolf administration decided not to participate in person.

The topic was a bill introduced last month by the Republican chair and ranking Democrat on the State Government Committee, a proposal that would address ballot tabulation deadlines, the use of ballot drop boxes and clearing dead voters from the rolls.

Chairman Dave Argall, R-Schuylkill, said he could not comprehend why Acting Secretary of State Veronica Degraffenreid did not appear. 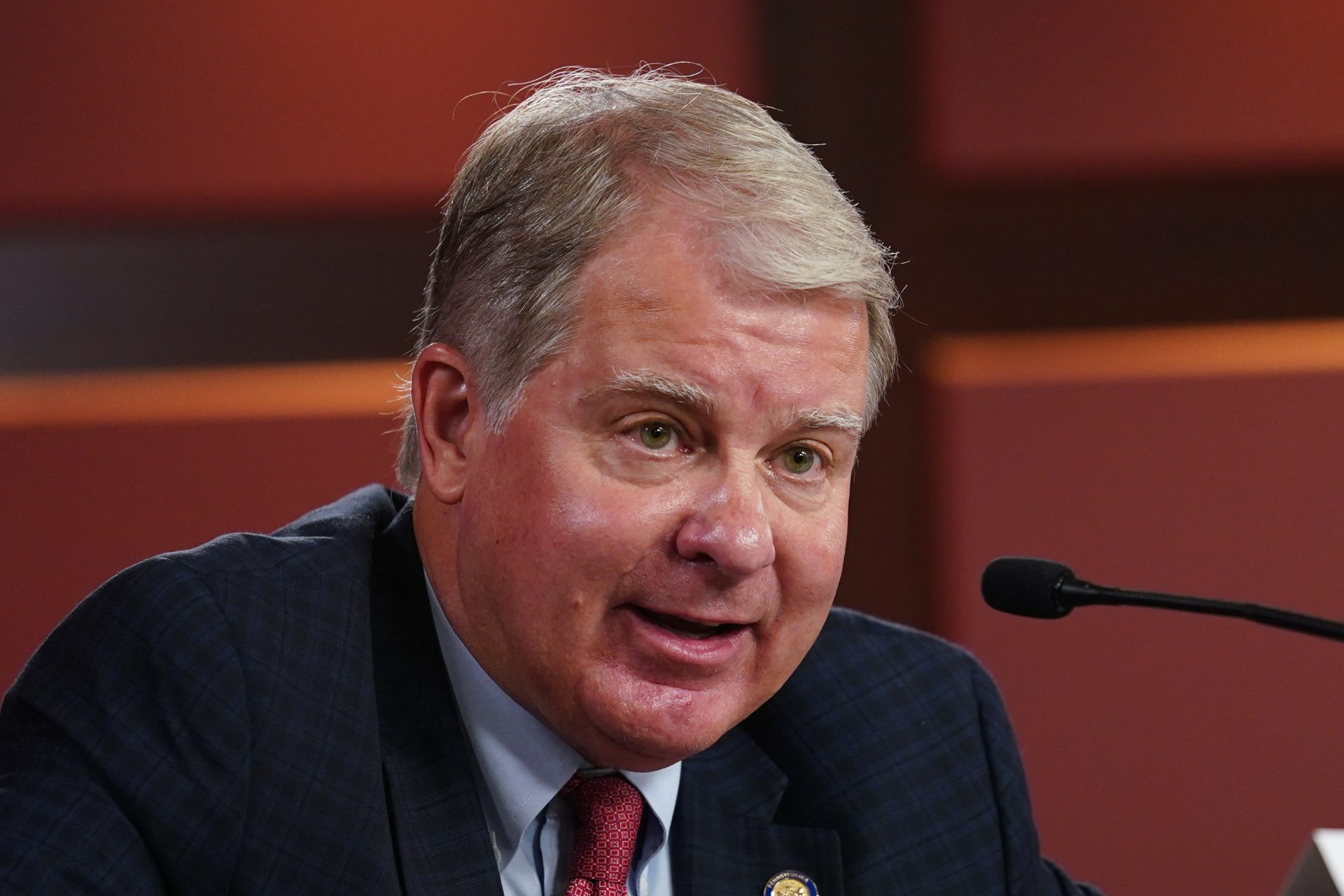 “We need a public discussion. We need public explanations,” Argall said before offering to reconvene on Wednesday if she changes her mind.

Argall said the acting secretary agreed to show up, but didn’t. If that keeps up, he said, election code changes that counties have asked for will not come up for a vote.

“We don’t want to spend months and months and months on a bill that ends up in the governor’s trash can,” Argall said after the Tuesday meeting. “We’re looking to work with the administration [and] as you see, that’s not been easily accomplished.”

Department of State communications director Wanda Murren said her office provided written comments and offered to respond to any written questions from the committee.

The bill, sponsored by seven Republicans and four Democrats, would maintain the state’s greatly expanded mail-in voting option and would not change the Department of State’s authority to issue election guidance to counties, a role that came under GOP criticism last fall.

Drop boxes would still be permitted but would have to be continuously monitored. In its written remarks, the Department of State called the proposed drop box regulations onerous, saying the bill would require that they meet regulations that apply to standard polling places.

“These requirements would place a tremendous burden on our counties and disincentivize the use of drop boxes, which are an election administration best practice,” the agency told the committee.

The Senate proposal would end the ability of voters to place themselves on a permanent list to receive mail-in ballots — a list that now covers more than 2 million Pennsylvania voters, the Department of State said.

The bill also would let counties begin processing mail-in ballots three days before election day and give voters less time before elections to apply for a mail-in ballot. It would not require more stringent identification for voters, a change that many Republicans support. The Department of State said in its remarks that counties should have three weeks ahead of Election Day to complete ballot processing tasks.

Republican senators said they were disappointed that Degraffenreid did not participate. Among them was Sen. Kristin Phillips-Hill, R-York, who recalled the Wolf administration’s mantra about running a “government that works.”

But Sen. Maria Collett, D-Montgomery, noted that court challenges to how the 2020 election was administered all failed and described the hearing as political theater. Senators knew Degraffenreid was not planning to attend, she said, but some Republican senators traveled to Harrisburg for the hearing anyway and might make taxpayers cover their expenses, Collett said.

The Democrat said Republicans should prove they only want to talk about the bill if they wish to have the Department of State participate.

“Not…question the secretary or the administration again on things that have already been ruled on,” Collett said.

This comes as Republican senators are subpoenaing DOS for election materials to conduct what Democrats, including Attorney General Josh Shapiro, have panned as a partisan election investigation. Those subpoenas are being challenged in state court.

Pa. Republican lawmakers and the U.S. Capitol attack
As part of WITF’s commitment to standing with facts, and because the Jan. 6 attack on the U.S. Capitol was an attempt to overthrow representative democracy in America, we are marking elected officials’ connections to the insurrection. Read more about this commitment.
Sens. Argall and Phillips-Hill are among the lawmakers who signed a letter asking members of Congress to delay certifying Pennsylvania’s electoral votes — despite no evidence that would call those results into question.
This supported the election-fraud lie, which led to the attack on the Capitol.