No. 4 Penn State at No. 3 Iowa sets up as a day for defenses

The 5-0 Nittany Lions are tied for 21st with nine takeaways and third in scoring defense at 12 points per game. 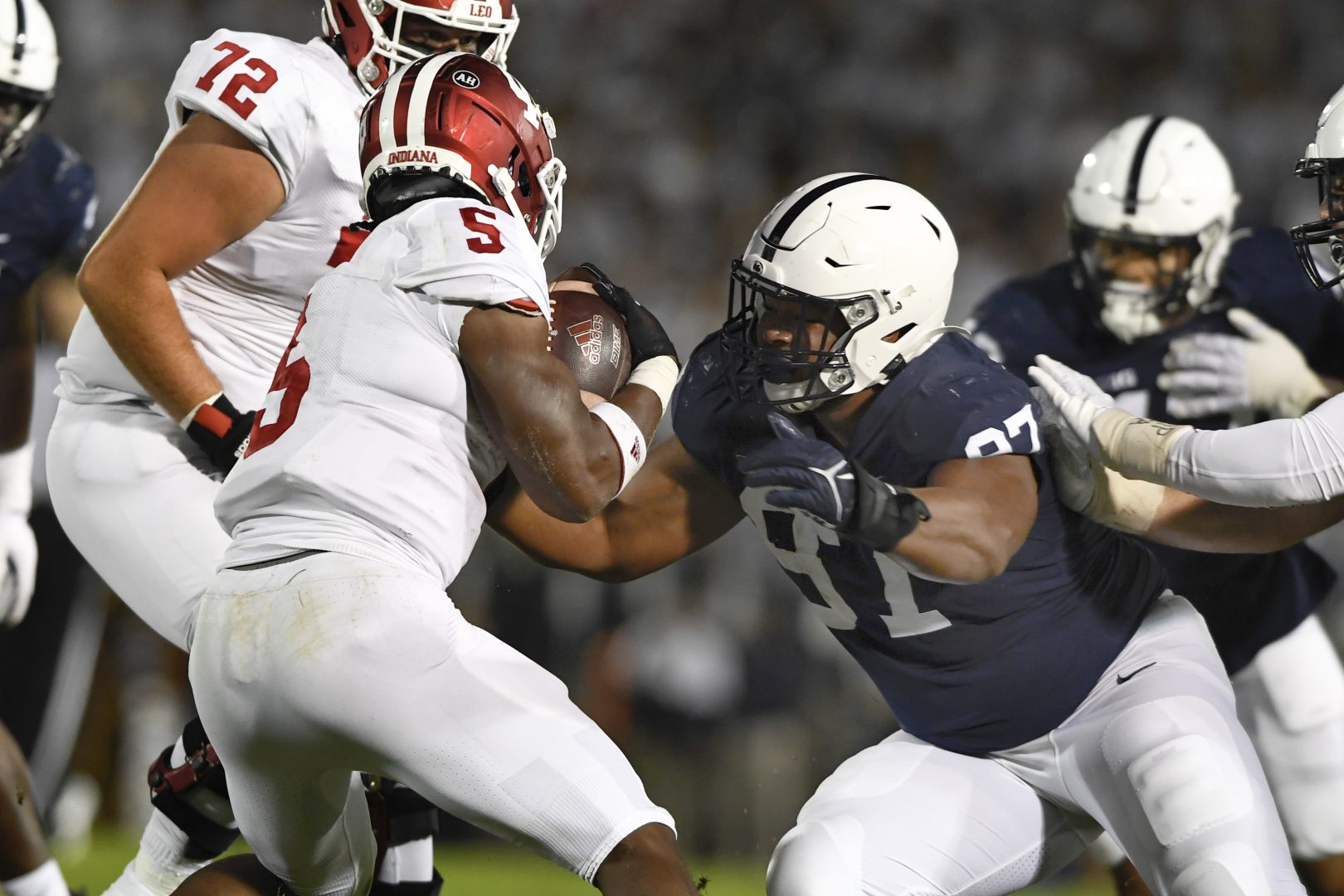 (Iowa City, Iowa) — The last time Penn State and Iowa met at Kinnick Stadium, both were among the top three teams in the nation in scoring defense and the Nittany Lions won 17-12.

The setup will be the same Saturday when No. 4 Penn State returns to face the No. 3 Hawkeyes. 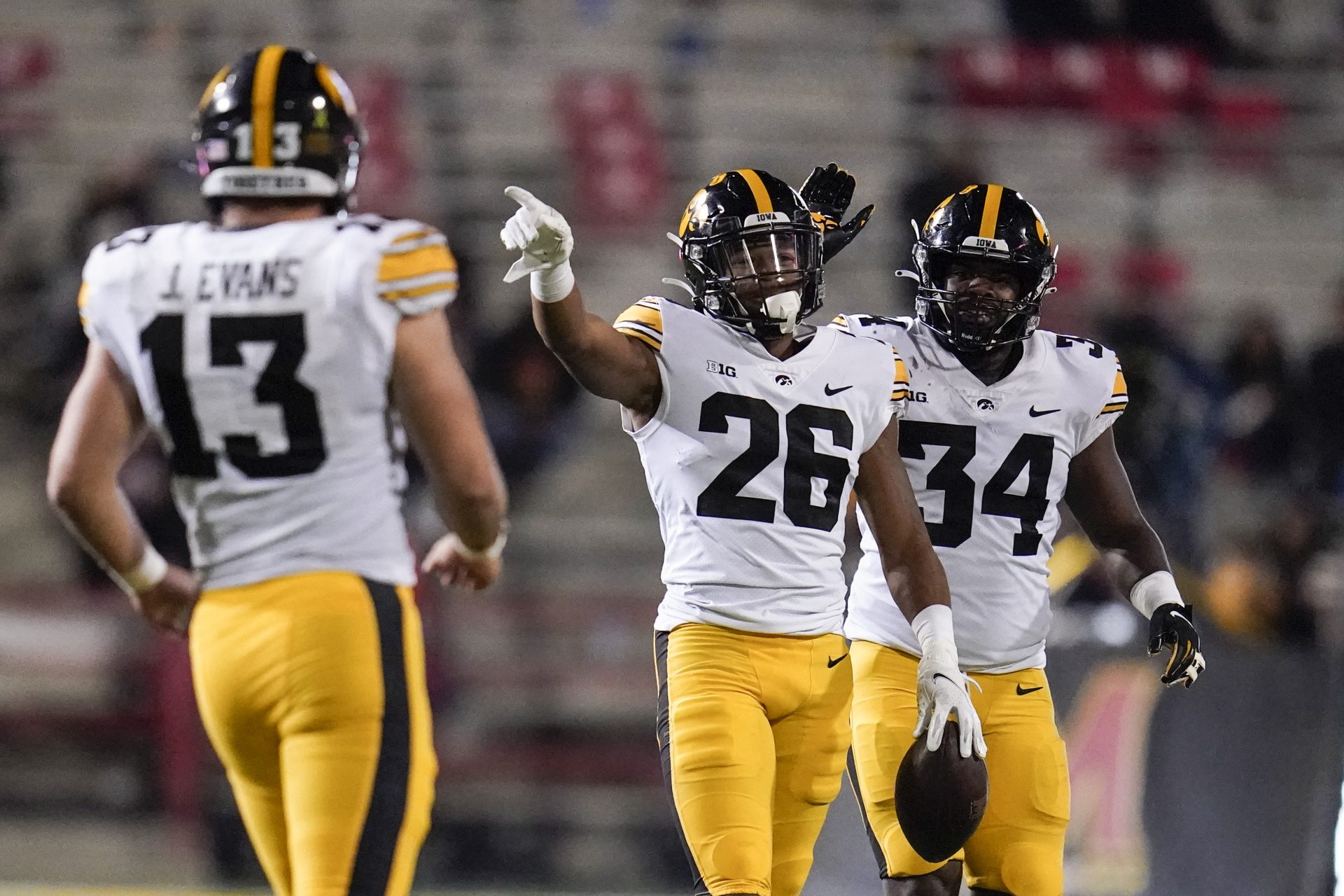 Iowa defensive back Kaevon Merriweather (26) reacts after making an interception on a pass from Maryland quarterback Taulia Tagovailoa, not visible, during the second half of an NCAA college football game in College Park, Md., in this Friday, Oct. 1, 2021.

The Hawkeyes have had at least three takeaways in three of their five games. Six different players had interceptions in the win over Maryland. Cornerback Riley Moss leads the Big Ten with three, including two he returned for touchdowns in the opener against Indiana.

“I would not say that they’re simple,” Franklin said. “But you look on tape and who they are this year for the most part is who they were last year and the years before that, and their kids are sound.”

Penn State’s defense got its first shutout in two years in a 24-0 win over Indiana last week. The Nittany Lions are second nationally in red zone defense with opponents scoring on only 53.3% of their trips inside the 20-yard line.

Neither team is prone to giving up big plays. The Hawkeyes are tied for first with only 12 plays of 20 yards or longer against them. The Nittany Lions have allowed just 15 of those plays.

“It’s a challenge when you play them,” Ferentz said. “The one thing for sure, going back a long ways, if you’re not ready to play, it could be embarrassing, so you better get ready to play.”

Iowa is on an 11-game winning streak dating to last season. Penn State has won nine in a row since a 41-21 loss to the Hawkeyes last season.

“When you’re talking about two opponents coming together like this, and especially with us being on the road, the margin of error is going to be small,” Franklin said. “And it all adds up.”

Ferentz was an Iowa assistant under Hayden Fry the last time the Hawkeyes were involved in a top-five matchup. That was in 1985, when No. 1 Iowa defeated No. 2 Michigan 12-10 on a last-second field goal by Rob Houghtlin.

Ferentz told his players what to expect.

Iowa has its highest ranking since the 2015 team was ranked No. 3. The Hawkeyes have had just six top-five matchups in the history of the program. Penn State has played in 11.

“You’ve thought of these games ever since you were a kid,” Iowa defensive end John Waggoner said. “These are the games you want to play in.”