Secretary of Aging Robert Torres speaks at a press conference in Harrisburg on Feb. 11, 2021. 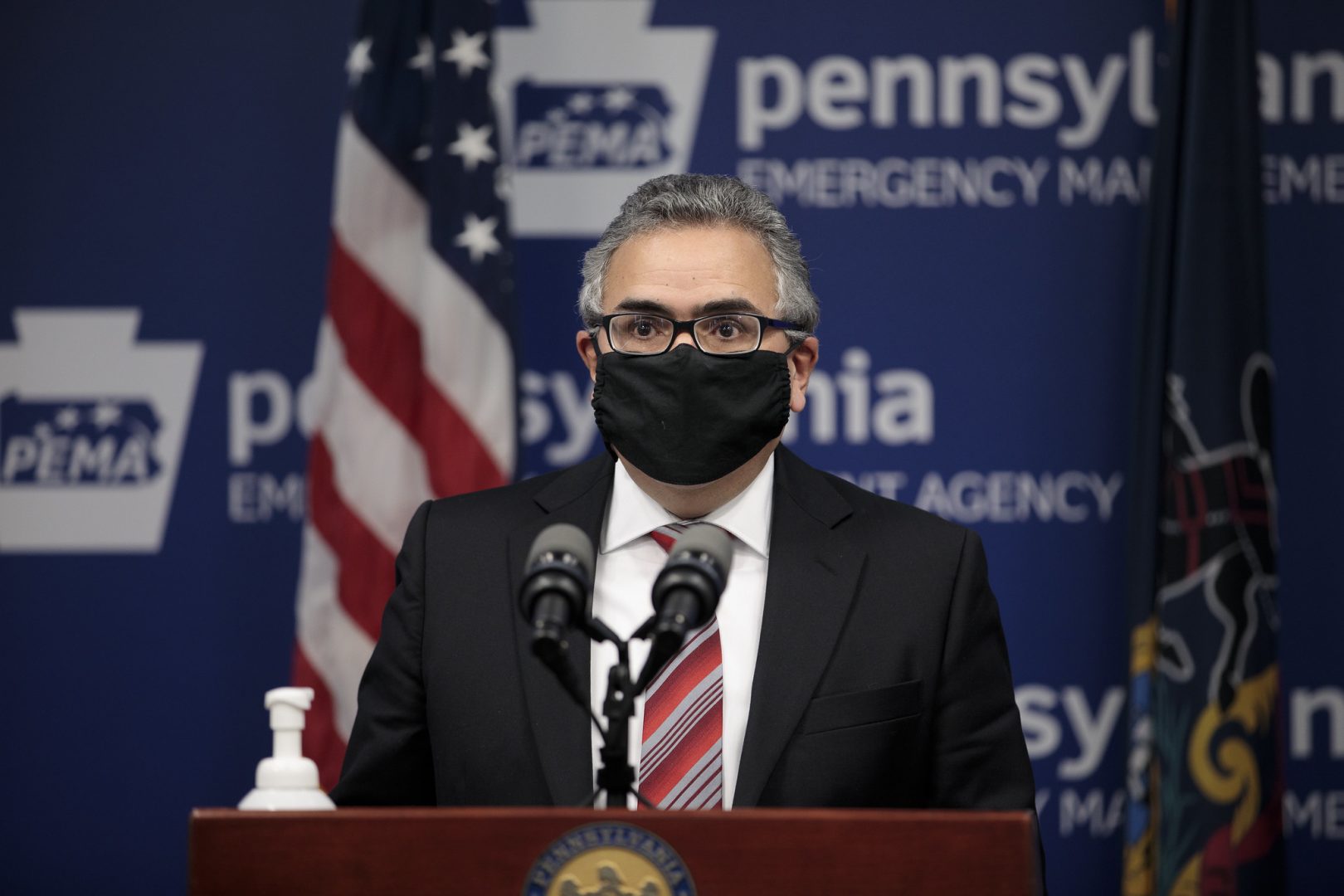 Secretary of Aging Robert Torres speaks at a press conference in Harrisburg on Feb. 11, 2021.

(Harrisburg) — Gov. Tom Wolf’s administration became so concerned about how three cases of neglect or abuse of older people were handled in Philadelphia that it is ordering improvements at an agency there, but officials are refusing to disclose what happened to those three people, or whether they are alive.

The Aug. 6 letter by Wolf’s Department of Aging secretary, Robert Torres, came weeks after staff at the state agency began raising alarms, including that caseworkers’ caseloads were above the limit in state law.

Torres’ letter went to the president of the Philadelphia Corporation for Aging, a nonprofit with a state contract to field and respond to calls about elder abuse and neglect in the city.

A copy requested by The Associated Press was heavily redacted. The redactions left it unclear whether those three adults are alive or dead, and both the department and the nonprofit have refused to disclose what exactly happened to them.

The AP is appealing the redactions.

But an internal email in late June by the director of the department’s protective services office may give details about one case.

In it, Denise Getgen wrote to a colleague to ask why a PCA caseworker would find out that an older person “is possibly sick and dehydrated, and incapacitated and then not act immediately to assess and/or address these serious medical concerns?”

Two of the cases had been “terminated,” or closed, while one remained active, Torres’ letter said.

Among other things, Torres ordered PCA to retrain its staff on medical risk and intervention and write a policy on when caseworkers must see potential victims in person and on what to do when a caseworker can’t get in touch with a potential victim.

The Philadelphia Corporation for Aging is one of 52 local agencies across Pennsylvania, some of which are county-run while others are nonprofits, that field calls about elder abuse or neglect. They employ caseworkers to investigate and coordinate with doctors, service providers and if necessary, law enforcement.

In recent years, the number of such calls have risen, according to state data.

Most calls involve an elderly person who lives alone or with a family member or caregiver. Poverty is often a factor.

Philadelphia has been one of the lowest-rated agencies in the department’s stoplight-colored rating system for grading county-based agencies after state inspectors periodically review a sample of cases.

The department doesn’t publicly post those ratings, but has provided them upon request by the AP.

Najja Orr, PCA’s president, said in an interview Wednesday that the pandemic has worsened long-standing difficulties in recruiting people to do the demanding job of a caseworker.

PCA’s biggest challenge over the past few months has been staffing, while hot temperatures made the summer a trying stretch, as Philadelphia saw three heat advisories, Orr said.

The agency is working to hire more caseworkers, satisfy Torres’ requests and follow state laws, Orr said, even as he acknowledged that caseworkers are struggling to balance large caseloads.

“Our goal is to make sure that we hone in on those areas and to try to identify the areas that they’d like us to strengthen and then work very collaboratively, closely with them,” Orr said.

Torres’ Aug. 6 letter is one of the department’s starkest warnings in recent years to any of the county-based agencies it oversees.

In it, Torres said the cases “are very concerning” and that the letter is a “formal notification of non-compliance.”

“The Department requires assurances that sufficient and appropriate actions are being taken to protect older adults from all types of abuse and that responsive, quality protective services are being delivered in Philadelphia County,” Torres wrote.

Should a county-level agency fall short, Pennsylvania reserves the right to take over the task, or fire it and hire some other agency. It has never done that.

Asked what it would take to consider firing PCA, Torres said he hopes it won’t come to that. A transition could be complicated and he believes PCA’s leadership is committed to improving, Torres said.

“I think it’s important that Philadelphia Corporation knows Philadelphia,” Torres said. “And I want to do the best we can to help prop them up and get them through this situation.”

For weeks before Torres’ letter, department staff had been raising an alarm about what they were seeing in Philadelphia, according to internal emails released to the AP under a Right-to-Know Law request.

Some emails were heavily redacted.

On May 3, Getgen, director of the department’s protective services office, emailed PCA officials to tell them that she did “not understand why we are still finding cases like this (incomplete investigation, incomplete documentation, gaps of time between investigative activities, etc.),” despite repeated state interventions.

Getgen told Torres on May 19 that, “I continue to have serious concerns about the performance” of PCA. A couple of days later she told Orr that many PCA caseworkers had “well over 30 active cases,” the limit in state law.

On June 29, she alerted Torres to “two very recent and concerning cases” at PCA, although the details and outcome of those cases was not disclosed.