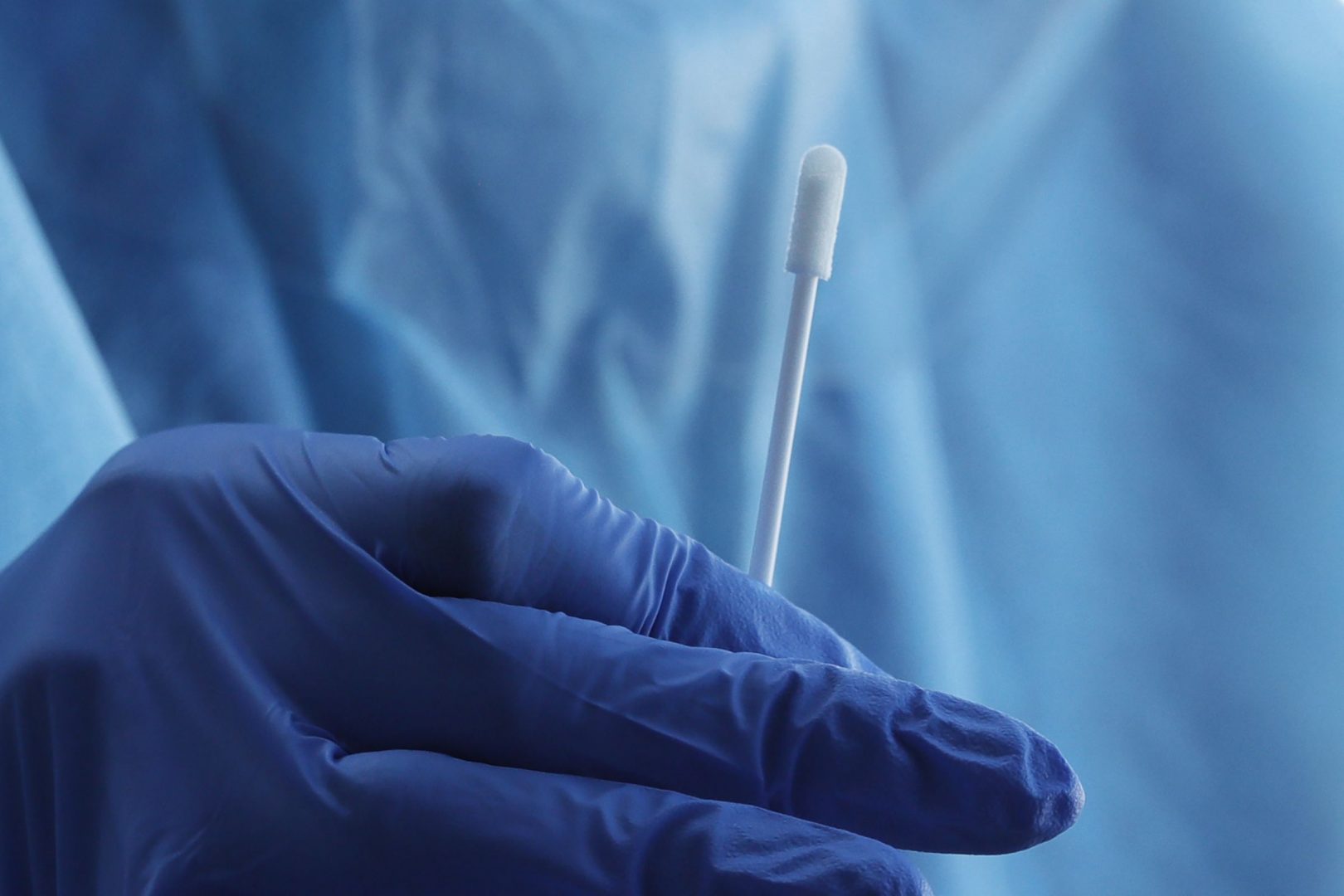 The Wolf administration will hire at least 100 contact tracers as it rebuilds its depleted team, a dramatic workforce reduction compared to earlier this year and a number well under what experts estimate Pennsylvania needs to contain the spread of COVID-19.

The new $9 million program will be administered by Boston-based Public Consulting Group, which the state picked after the previous company was fired for failing to secure the personal information of 72,000 people.

Contract documents show that the Pennsylvania Department of Health could request up to 200 additional contact tracers plus additional support staff if necessary. Those workers will supplement 145 state health nurses and 250 people employed through municipal health departments. “Health systems and schools have been known to conduct their own contact tracing efforts,” a Department of Health spokesperson said, though he did not say how many are doing so.

Given the rapid spread of the delta variant, combined with a slowing vaccination rate and fewer mitigation efforts in place, the number does not seem sufficient, said Chrysan Cronin, a professor of public health at Muhlenberg College.

“I just don’t think that’s going to be nearly enough,” she said.

Contact tracing is a public health tool used to contain outbreaks of infectious diseases by alerting people who might have been exposed to an infected person.

The process is initiated by case investigators, who reach out to people who test positive for COVID-19 to find out who else they have been in contact with. That information is then passed on to tracers, who make calls to those contacts and instruct them to get tested and to quarantine to avoid potentially spreading the virus.

Based on population size and daily case counts, Pennsylvania needs at least 1,954 contact tracers, according to a tool produced by the George Washington University Institute for Workforce Equity.

“When we were being more careful, and people were not out and about without masks, and without eating out indoors at restaurants, it was probably easier to do contact tracing because each person may have only been in close contact with a handful of people,” said Edward Salsberg, a researcher at George Washington University who worked on the tool. “It may be more difficult now when people are more likely to have been gathering, or been at restaurants.”

When the pandemic first emerged in spring 2020, Pennsylvania was dependent on a diminished force of 131 state-employed public health nurses to take on contact tracing in areas without a local health department. The Wolf administration greatly expanded its capacity last summer when it hired Insight Global to bring on more than 1,000 new contact tracing staff.

But even with that larger workforce, case investigators struggled to reach more than a quarter of people who tested positive within 24 hours last fall, while many Pennsylvanians failed to answer contact tracers’ phone calls.

“People don’t want to answer the phone. … People do not realize how important it is to give the information that we need to make certain that we can control disease,” Michael Huff, then-director of contact tracing and testing for the health department, said in November. “This is a challenge to all states across the country.”

The program suffered another setback in May when the health department was forced to fire Insight Global after some of its employees stored 72,000 people’s information — including names, counties of residence, details about a person’s COVID-19 infection, and other health details — in unsecured Google Drive files accessible on the internet.

The hundreds of contact tracers hired through Insight Global stopped working for Pennsylvania in June. At a hearing with state lawmakers in late July, Keara Klinepeter, executive deputy secretary for the health department, said 12 members of the Pennsylvania National Guard are performing contact tracing as the state transitions to a new program.

Their work will continue until Aug. 20, a department spokesperson later told Spotlight PA.

Public Consulting Group will hire 50 contact tracers by the end of August, contract documents show. Another 50 tracers, plus additional case investigators and supervisors, will be added by mid-September.

The firm will also hire a security, privacy, and data compliance officer who will “monitor and ensure compliance with all confidentiality and data security aspects of the contract,” according to the state Department of Health.

In a statement, a health department spokesperson said officials used data on the volume of cases and contacts throughout the pandemic, along with call center information, to determine the new staffing levels.

“These numbers were determined based on discussions with epidemiologists and analyzed trends throughout the pandemic,” the statement said. “Starting with 100 contact tracers provides a solid foundation of trained personnel to handle the initial anticipated work.”

When asked about expectations for contact tracers — the number of calls they would make per day, for example — the spokesperson said in a statement that each outreach attempt is different and could require multiple calls, a varying number of questions, or extra time to connect a contact with social support services.

“For these reasons, there is no one-size-fits-all standard for the expected number of calls or contacts per day,” the statement said.

More scrutiny as the state scales back

State lawmakers have questioned how the health department selected Insight Global and Public Consulting Group, and whether the process used to hire the companies was sufficiently transparent.

Insight Global was initially hired in July 2020 for $22.9 million through an expedited procurement system that allows state agencies to bypass the usual public bidding process in order to acquire services in an emergency.

The cost eventually grew to $58 million as the department added staff to the program, purchase orders on file with the Pennsylvania Treasury Department show. The health department has paid Insight Global $28 million so far, but a hold has been placed on future payments as litigation related to the data breach is handled.

State lawmakers probed the new contract with Public Consulting Group during hearings in late July after Spotlight PA reported that the health department was using the same emergency procurement process to hire the company to take over the program.

In a letter following those hearings, two Senate committee chairs asked the department to provide “precise data quantifying how the contact tracing program has improved the trajectory of COVID-19 case counts in the commonwealth.”

The lawmakers also asked for details related to the Insight Global data breach and the contract with Public Consulting Group, including how Pennsylvania’s contact tracing program compares with other states using the company.

As of Tuesday, the health department had not responded to the follow-up questions, said Jon Hopcraft, chief of staff for Sen. Kristin Phillips-Hill (R., York), chair of the Communications and Technology Committee.

Pennsylvania isn’t the only state to scale back its contact tracing program since the spring, when cases nationwide started to subside and vaccines became widely available.

But states that are serious about contact tracing should maintain a workforce at least on par with the one they had last fall and winter, said Crystal Watson, an assistant professor of public health at Johns Hopkins University who has conducted a nationwide survey of contact tracing programs since April 2020.

“I think it’s still very important and it does save lives, and it is a tool that we should be using,” Watson said.

Neighboring New Jersey, which has a smaller population than Pennsylvania and is also working with Public Consulting Group, started scaling back its contact tracing program in June but still has 1,646 contact tracers. The health department there is monitoring new COVID-19 cases and contact tracer workload, and could scale the program back up if needed, a spokesperson said.

Even the most well-staffed programs could struggle to keep up with rapidly rising case counts, Watson said.

States may need to consider ways to triage cases for contact tracing, prioritizing settings like schools, nursing homes, other congregate living facilities like prisons and jails, or environments where people work closely together, like meat processing facilities that saw significant outbreaks early in the pandemic.

But Watson said relying only on contact tracing to control epidemics driven by the delta variant “is not realistic.”

“I think we’re seeing in some of the southern states that if we don’t take any other measures, then we are going to see significant outbreaks,” she said.

As of Monday, the Wolf administration was not considering a statewide mask mandate, Acting Health Secretary Alison Beam said. Requirements for masking in schools and businesses, like restaurants and entertainment venues, are decided at the local level.

Instead, the administration is focused on getting more Pennsylvanians vaccinated by supporting small, local clinics, and through grant funding for community groups conducting outreach.

About 64.5% of Pennsylvania adults are fully vaccinated, Centers for Disease Control and Prevention data show.

‘We are in a state of emergency’: What's behind the rising suicide rate among Black kids