(Harrisburg) — Pennsylvania’s high court on Wednesday dealt a blow to victims of child sexual abuse, throwing out a lawsuit by a woman whose lower court legal victory had given hope to others with similarly outdated claims who’d sued in the wake of a landmark report that documented decades of child molestation within the Catholic church in Pennsylvania.

The 5-2 decision ended plaintiff Renee Rice’s legal effort to recover damages from the Roman Catholic Diocese of Altoona-Johnstown for allegedly covering up and facilitating sexual abuse she said had been inflicted on her by a priest in the late 1970s.

Rice sued in 2016, but the court majority said that was too late under the Pennsylvania statute of limitations.

A Superior Court panel in 2019 had ruled there were enough facts to let a jury decide if Rice had been prevented from learning about the alleged cover-up of her abuse.

As a child, Rice had been brought in to clean the living space of her alleged attacker, Rev. Charles F. Bodziak, and was a church organist. Bodziak has denied the allegations.

The Supreme Court majority said the two-year statute of limitations began to run when Rice was last assaulted by Bodziak, purportedly in 1981, although it may have expired in 1987, when she turned 20. Rice did not pursue her claims until a 2016 grand jury report into abuse in the diocese.

“We need not resolve the issue as it is clear the statute of limitations expired decades ago,” wrote Justice Christine Donohue for the majority. 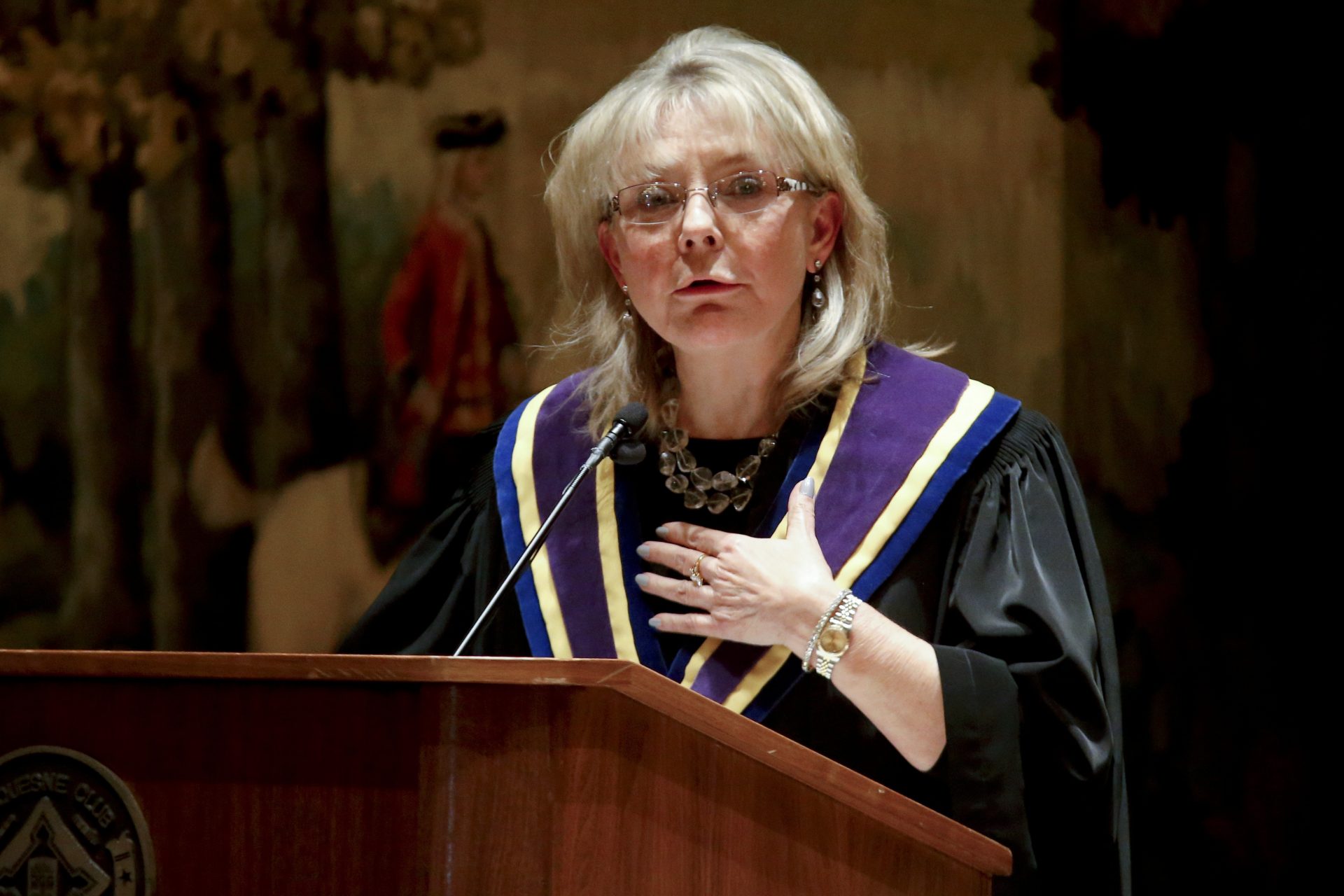 FILE PHOTO: In this Jan. 8, 2016 file photo, Pennsylvania Supreme Court Justice Christine Donohue addresses those gathered at her swearing in ceremony in Pittsburgh.

Donohue said that whether “courthouse doors should be opened for suits based on underlying conduct that occurred long ago is an exercise in line drawing that includes difficult policy determinations” and that courts are “ill-equipped to make that call.”

“Once a child knows they’ve been assaulted by a priest, it puts them on notice that they should have suspected and investigated whether or not the diocese was aware of this priest conduct, concealed it, hid it from the parishioners, including the plaintiff,” Perer said.

“They’re going to apply the statute of limitations the way it should be applied in Pennsylvania,” Anderson said. “It’s been the law, established law, for a long period of time. There’s nothing unique or different about this case.”

The lower court ruling on Rice’s side had generated a slew of new cases filed within two years of a landmark August 2018 grand jury report that detailed the sordid history of hundreds of abusive priests across the state over seven decades.

Anderson and Perer both said those cases are probably not going to succeed, given the new decision.

“This is going to have a significant impact on the viability of those cases,” Anderson said.

Victims’ hopes to overcome the time limits on civil litigation now rest in the Pennsylvania Senate, where Majority Leader Kim Ward, R-Westmoreland, has signaled no interest in moving legislation similar to a bill that passed the House in April. The proposal would allow now-adult victims of child sexual abuse to sue the perpetrators or institutions that did not prevent it when it happened years or decades ago.

A constitutional amendment to provide a two-year litigation window was badly fumbled by Democratic Gov. Tom Wolf’s administration earlier this year, putting it years behind schedule.

Many childhood victims of sexual assault lost the right to sue in Pennsylvania when they turned 18 or were young adults, depending on state law at the time.

The Associated Press typically does not name people who say they are victims of sexual assault unless they want to be identified, as Rice has indicated she does.

Rice alleges Bodziak abused her at St. Leo’s Church in Altoona, including attacks in the choir loft, a car and a cemetery.

Unemployed advocates call for benefits to be restored