Maricopa County ballots cast in the 2020 general election are examined and recounted by contractors working for Florida-based company, Cyber Ninjas, Thursday, May 6, 2021 at Veterans Memorial Coliseum in Phoenix. The audit, ordered by the Arizona Senate, has the U.S. Department of Justice saying it is concerned about ballot security and potential voter intimidation arising from the unprecedented private recount of the 2020 presidential election results.

The controversial Arizona GOP-led election review is drawing Republicans from Pa., and other states

(Washington) — Republicans from a growing number of states are traveling to Maricopa County in Arizona to witness a controversial election review ordered by GOP leaders in the state Senate, a sign that similar probes may be sought elsewhere across the country.

The Arizona review has the full-throated support of former President Donald Trump, who continues to make baseless claims about a stolen 2020 election.

On Monday, officials with the Nevada Republican Party toured the recount and met with Cyber Ninjas, a Florida-based cybersecurity firm that critics warn is unqualified to review the election and is run by a CEO who has spread conspiracies of election fraud.

In this May 6, 2021 file photo, Maricopa County ballots cast in the 2020 general election are examined and recounted by contractors working for Florida-based company, Cyber Ninjas at Veterans Memorial Coliseum in Phoenix.

A day later, two Republican state senators from Georgia took a similar tour alongside a state representative from Alaska. So did David Shafer, chairman of the Georgia GOP.

On Wednesday, former Georgia state Rep. Vernon Jones, a pro-Trump figure who’s running to oust Georgia Republican Gov. Brian Kemp in a primary, met with Arizona legislators before taking his own tour of the coliseum.

And Randy Pullen, a former chair of the Arizona Republican Party who’s serving as a spokesman for the review, said lawmakers from Wisconsin and Virginia may take their own tours later this week. Arizona state Sen. Wendy Rogers revealed the name of one such incoming visitor: Virginia state Sen. Amanda Chase, a controversial Republican who recently lost the GOP nomination for Virginia governor.

Most of the Republican visitors have expressed an interest in replicating what’s happening in Arizona in their home states. Pennsylvania state Sen. Cris Dush told reporters he “absolutely” wants an Arizona-style review conducted on his own turf, as Pennsylvania GOP leaders face growing pressure to pursue such a probe.

Conservative radio host John Fredericks, whose tweet served as an announcement of a visit by Georgia state Sens. Burt Jones and Brandon Beach, wrote that the lawmakers would “meet with Arizona audit leaders and state senators to get a blueprint for a statewide forensic audit in Georgia.”

A full roster of Republicans visiting the coliseum is hard to come by. Pullen, the spokesman, has only confirmed basic details about which states Republicans have traveled from, not the names of lawmakers and other officials making the trip.

A spokesman for Cyber Ninjas did not respond to questions about who’s coordinating the visits. But in court filings, the firm’s attorneys have argued they expect their work in Maricopa County to be the first of many “similar business opportunities” for other governments across the country. 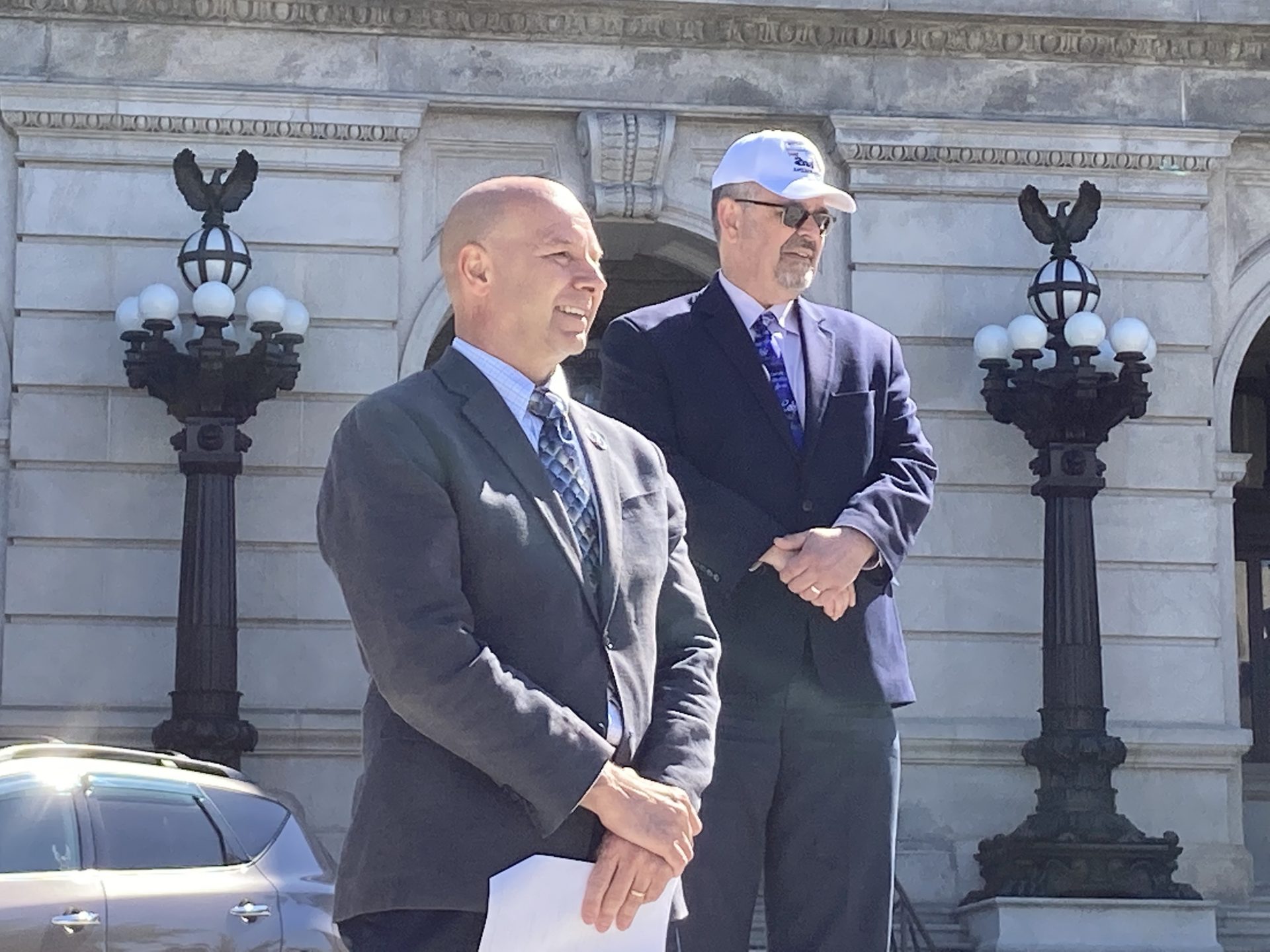 Arizona Senate President Karen Fann, a Prescott Republican responsible for ordering the election review and hiring the firms conducting it, boasted she’s heard from lawmakers in other states keeping a close watch on the effort. Fann later told CNN the process will be the “gold standard” for auditing elections.

Critics, including election experts observing the recount on behalf of Democratic Secretary of State Katie Hobbs, say the review is anything but.

Hobbs recently published a list of issues her observers have noted from the coliseum floor — including frequent changes to processes and procedures, and violations of rules implemented by the private firms running the operation. Those firms, particularly Cyber Ninjas, have been criticized as biased and inexperienced. Cyber Ninjas CEO Doug Logan spread conspiracy theories of election fraud before his company began its work in Maricopa County.

The end of the review may finally be in sight, though it’s still many weeks away.

Ken Bennett, a liaison to the firms appointed by Fann, told reporters on Tuesday that the hand recount of nearly 2.1 million ballots should be finished by the end of the week.

But it’ll take three to four weeks more to conduct what Bennett described as a paper evaluation of the ballots and weeks after that for firms to publish a final report for Arizona Senate Republicans. The paper evaluation will review “anything to do with the authenticity of the ballot,” Bennett said.