FILE PHOTO: To Honor and Serve, right, with jockey Jose Lezcano aboard, heads to the finish line during the running of the Pennsylvania Derby horse race at Parx Racing, Saturday, Sept. 24, 2011, in Bensalem, Pa.

FILE PHOTO: To Honor and Serve, right, with jockey Jose Lezcano aboard, heads to the finish line during the running of the Pennsylvania Derby horse race at Parx Racing, Saturday, Sept. 24, 2011, in Bensalem, Pa.

They want the state to cut subsidies to the horse-racing industry that top $230 million annually and redirect the funds to students and the State System of Higher Education. Pennsylvania’s Racehorse Development Fund, the most generous in the nation after New York, traces back to 1967 but was vastly expanded in 2004.

According to a new report by the Keystone Research Center, the state has spent more than $3 billion supporting the industry since 2010.

Sharon Ward, director of the Pennsylvania Budget and Policy Center, said it’s time “for the [horse-racing] industry to stand on its own two feet.”

She said instead, the state needs to redirect funds to education.

“The bottom line is this: Hidden behind the lore and pageantry of horse racing is a crumbling industry,” said Ward, “propped up with funds that have been robbed from our young people.”

According to the Keystone Research Center, taxpayers are, in essence, funding racehorses at three times the rate they are investing in students in state universities.

Ward tied this into the state’s plan to merge six state universities into two regional hubs, which a University of Massachusetts study found would cut about 13% of university jobs.

Meanwhile, the report’s authors claim the state’s six racetracks are in decline. Attendance is low, and Pennsylvanians are increasingly betting on horses outside of the state. 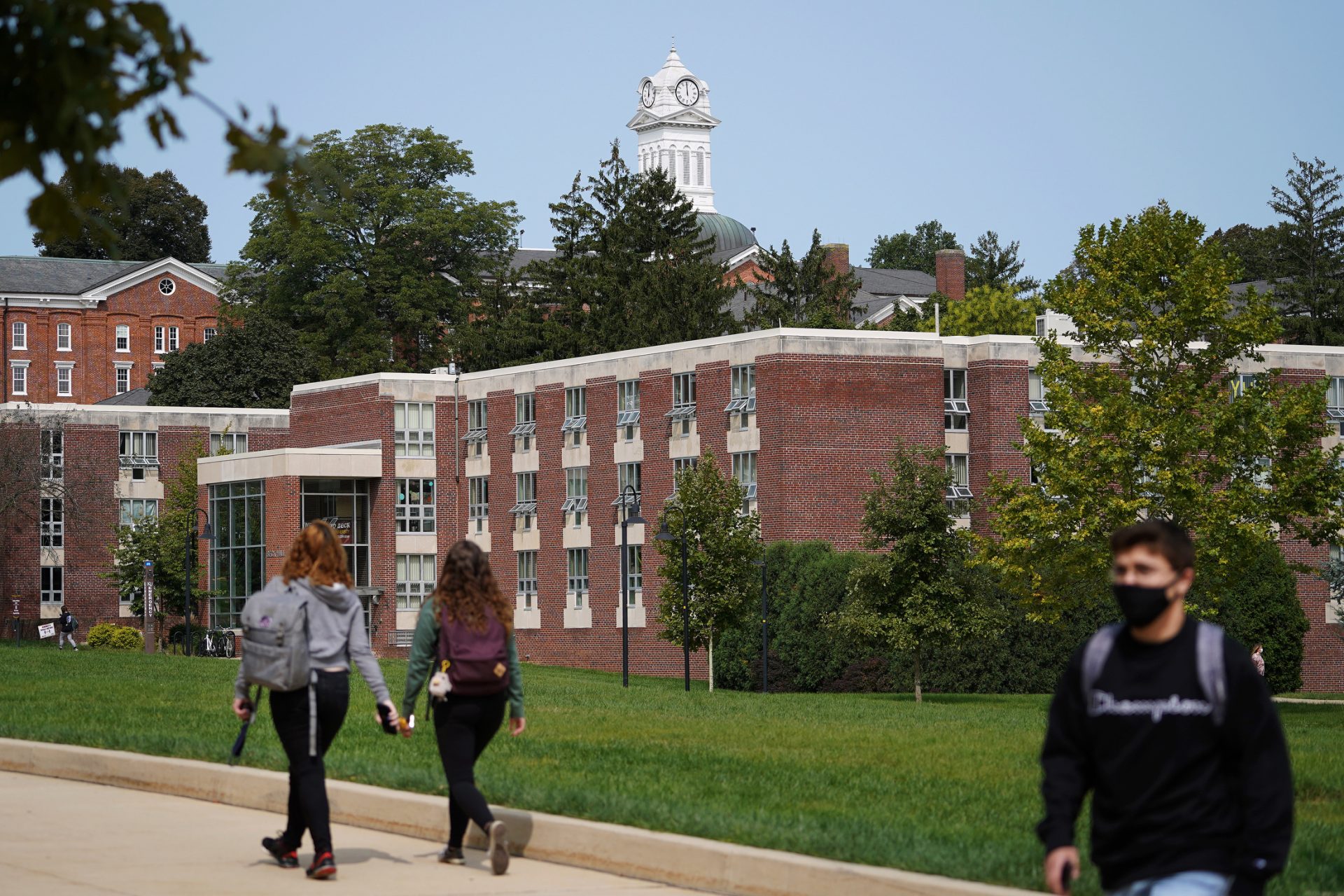 FILE PHOTO: Students walk on the campus of Kutztown University.

Advocates highlighted the fact that the horseracing subsidy has remained generous as student debt has risen and state support for higher education hasn’t kept pace with tuition.

According to the Association of Pennsylvania State College and University Faculty, in 2001 Pennsylvania students covered 41% of their college costs on average. In 2016, that number rose to 73% as school costs have steadily climbed higher.

Sean Crampsie, director of government relations for the association, summarized it as moving from a “state-funded model, to now a student-funded model.”

A report last week from the State Higher Education Executive Officers Association, a national advocacy group, found Pennsylvania has had the largest drop in per pupil support for state school students nationally from 2001 to 2019.

“We are putting much more pressure on our students to fully fund their education,” said Crampsie, “when students just a decade ago had over 50% of their college paid for by the state.”

Advocates pointed to a proposal Gov. Tom Wolf made last February to redirect the subsidy funds. Wolf proposed the Nellie Bly Tuition program, which would take $204 million from the Pennsylvania Race Horse Development Trust to fund scholarships for roughly 25,000 students who pledge to stay in the state after graduation.

Pete Peterson, a spokesperson for the Pennsylvania Equine Coalition, has long argued against cuts to industry subsidy. In an interview Wednesday, he said losing it will cost jobs and send negative ripple effects through the state’s agricultural industry.

“You don’t address one debt problem by putting an entire industry out of business,” said Peterson.

According to the Keystone Research Report, since 2010, 1,400 racehorses have died in Pennsylvania, including more than 700 at Parx Racing in Bensalem.

“Frankly, I think thoroughbred racing needs to come to an end,” said Holly Cheever, a veterinarian who spent time working in the industry.

She said horse owners are increasingly feeding horses drugs to improve performance, and racing them prematurely.

“[The horses’] lives are not the glamour and glitz that they appear to be when you see them come strolling out to the actual track,” said Cheever. “They’re living lives of misery and they’re dying much too soon.”

Peterson said the horse industry cares about this issue, and deaths of horses are decreasing.

“This year was the lowest number they’ve had in the history of track,” said Peterson.

For education advocates, it’s still a matter of state priorities.

Ward remarked, “look to the future or cling to the past, support live students, or dead horses.”