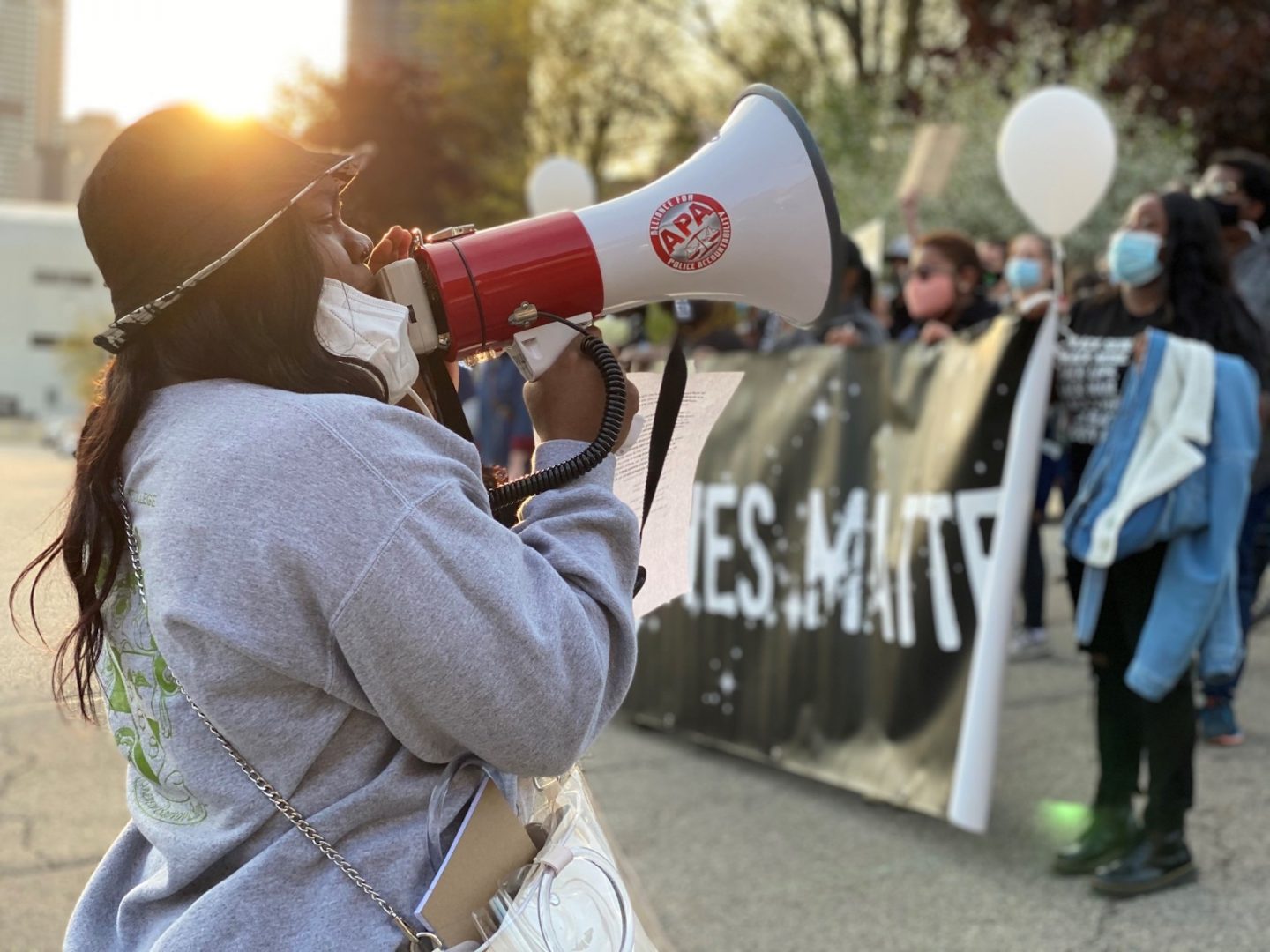 (Pittsburgh) — Protesters gathered at Freedom Corner in Pittsburgh’s Hill District Tuesday evening after a jury found former Minneapolis police officer Derek Chauvin guilty on all of the counts he faced over the death of George Floyd last May.

Two groups of young activists rose to prominence during that time: Black, Young, & Educated and Pittsburgh I Can’t Breathe. Both marched through the city Tuesday evening after the guilty verdict in the Chauvin trial was announced.

Leaders have spent the last few months diversifying their tactics when it comes to activism. Much of their work has included meeting people where they always are: their smartphones.

Black, Young, & Educated initially formed in 2018 as a collective teaching peers about racism at open mic nights around Pittsburgh. But in 2020, the group became synonymous with the Saturday marches they organized, branded as “Civil Saturdays.”

The main goal of the weekly demonstrations was to call for a change to Pennsylvania’s use of force laws. Some Civil Saturdays protesters — chanting “Hey hey! Ho ho! 508 has got to go!”— hadn’t heard of the law before the teenagers of B.Y.E. spoke out.

Title 18, Section 508 of Pennsylvania’s consolidated statutes gives police officers autonomy to shoot a fleeing suspect. Michael Rosfeld, the officer who shot and killed Antwon Rose as he fled unarmed in 2018, was acquitted of criminal wrong doing.

Hundreds of people spoke out against the law at Civil Saturdays marches. 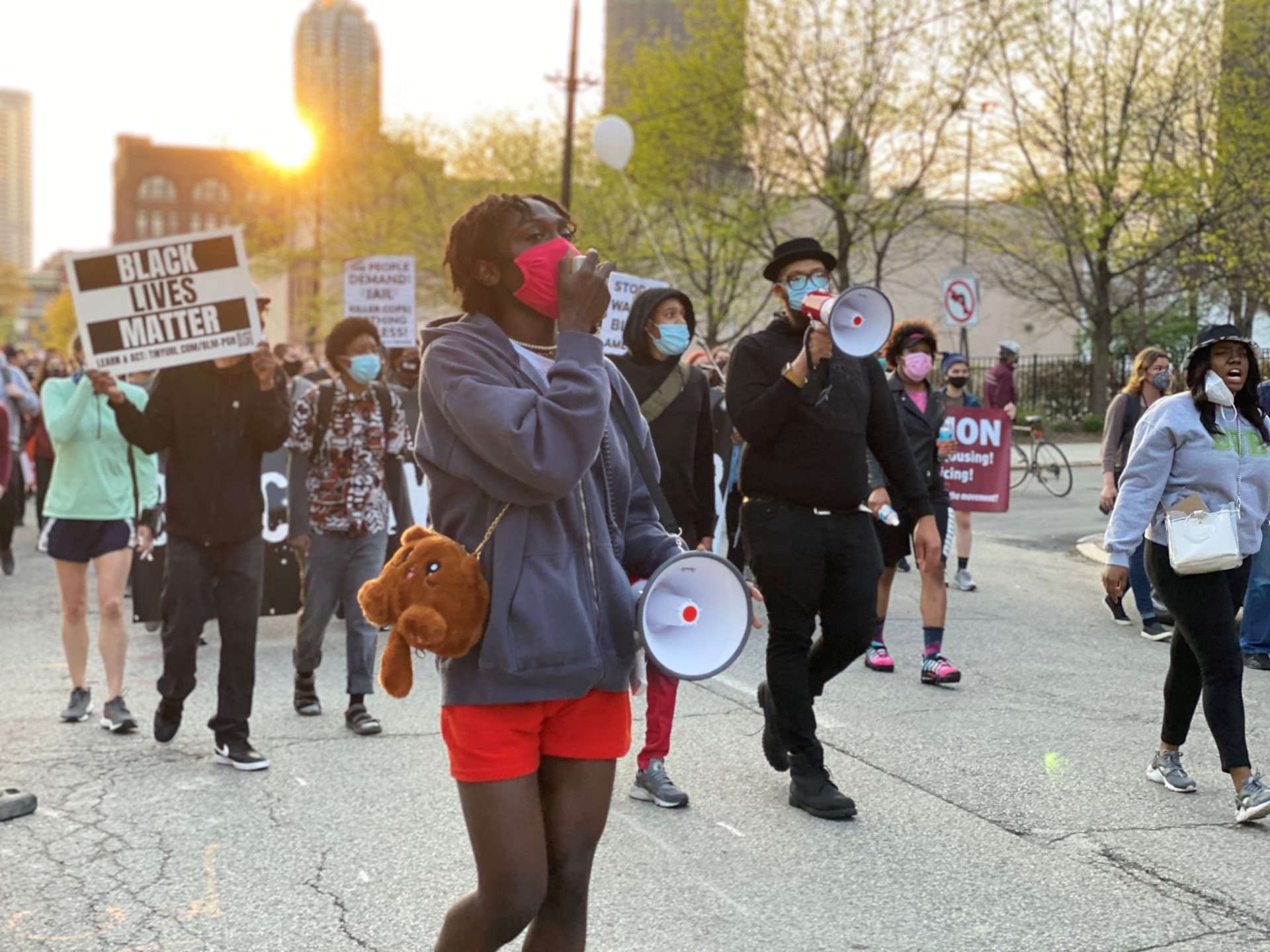 “It was definitely shocking that as [many] people came out. But to have that support was definitely a good thing,” Nick Anglin, B.Y.E. co-founder said. “People are interested in learning about this message.”

A bill in the Pennsylvania House introduced by local Reps. Summer Lee and Ed Gainey would amend the language to include a standard of reason. An officer would only be able to use deadly force to protect themselves or others from imminent death, serious injury, kidnapping or rape; not to make an arrest. The bill has languished in the House since it was introduced in 2019.

Another group, Pittsburgh I Can’t Breathe, formed shortly after the viral videos of George Floyd hit timelines. CEO Alexis Mighty said the Facebook group served as a megaphone for information about where to meet for demonstrations and how to contribute from home.

Pittsburgh I Can’t Breathe began organizing its own protests to support local families affected by police violence. The group brought marches into Wilkinsburg to call for the name of the officer who killed Romir Talley in 2019. Mighty said the demonstrations allowed Black Pittsburghers to speak about racism on their own terms.

“A lot of the times, not to be rude but, it’s white washed. It’s down played,” Mighty said. “Protesting … when we get our message out, it displays how we feel. It shows how angry we are, how hurt we are, how broken we are.”

The crowd sits along Ross Ave listening to stories about Romir Talley and the work required to learn Officer Gowans’ identity. The officer wasn’t known to the public until earlier this month. Talley died in December. @905wesa pic.twitter.com/jogVzs996v

But months of nonstop protesting can take a toll on a person’s mental and physical health, said Anglin.

“It was basically every day of the week we were protesting because we were supporting other protests,” Anglin said. “So it was like, every day we were out on the streets walking for about four or five hours. That was a lot.”

After B.Y.E. held its final Civil Saturdays march in September, the group took time to rest and strategize. Some members went to colleges in other towns. The group applied for, and won, a $49,000 operating grant from the Pittsburgh Foundation in December to use toward future projects.

Pittsburgh I Can’t Breathe has reimagined how to best use its resources too, said Mighty. They teamed up with the Alliance for Police Accountability to gather signatures for two ballot petitions this winter. Both measures will appear on May’s primary election ballot.

The first initiative would ban no-knock search warrants. Officers would be required to knock and announce their presence as police when executing a warrant at a residence. They then would have to wait at least 15 seconds for the occupants to answer and open the door. Officers would also be required to use body cameras during the search, for at least five minutes beforehand and afterward, and during any subsequent arrest or search. The police killing of Breonna Taylor in Louisville last March amplified national calls to ban no-knock warrants.

The second would limit the use of solitary confinement at the Allegheny County Jail. The policy would include exceptions for facility-wide lockdowns and emergencies where an inmate threatens the safety of others or seeks to be isolated to protect their own safety. However, in those cases, the jail warden would need to document why isolation is necessary. The warden would also be required to produce monthly reports on the use of solitary confinement.

“That’s always been our main goal is to serve as a resource and educate people. Because that’s our name, Black Young and Educated,” Palmer said. “We have to really fill our toolbox with a lot of information we’re not getting from school … and teach other young people, like, ‘Hey! This is what’s going on.’” 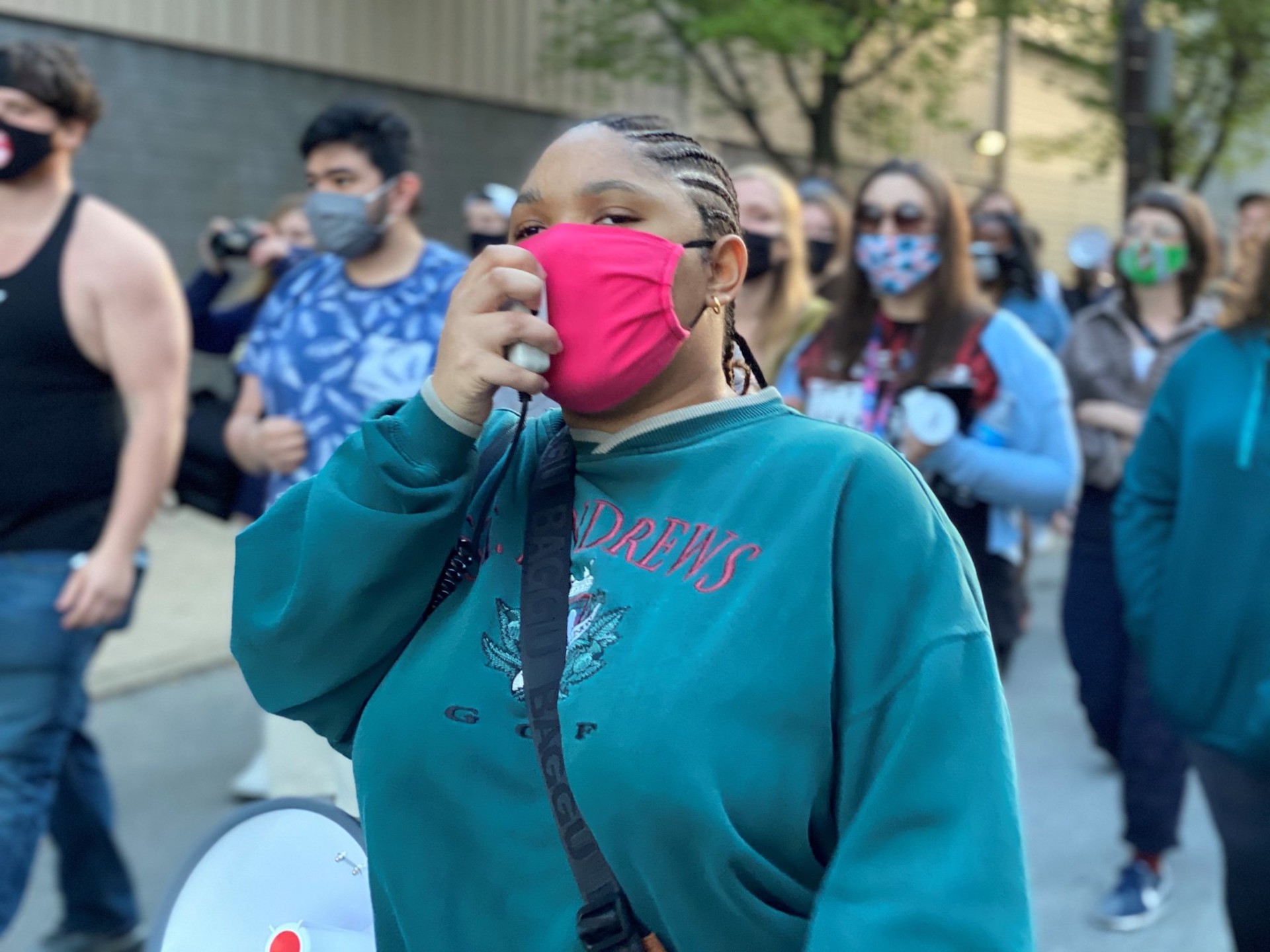 Treasure Palmer, Co-founder of Black, Young, & Educated, leads marchers in chanting Tuesday, April 20, 2021, after the verdict in the case of Derek Chauvin.

The group is getting ready to launch a new series called, “Know your rights,” which aims to teach people about what to do when they’re pulled over by police and how to protest. Anglin said the campaign will include video content published to the group’s Instagram account, which has more than 10,000 followers. He said the content will use language young people resonate with.

“We know how to interact with each other,” Anglin said. “We know how to navigate the world of teenagers and young adults. I feel like we have the upper hand [on older activists] when it comes to educating youth.”

Black, Young, & Educated recently biked around the city handing out face masks, water, sunscreen and forms explaining how people experiencing homelessness can get their stimulus checks. Anglin and Palmer supported local Asian American organizers last month during a protest against the rise in hate crimes against the community during the pandemic.

B.Y.E stopped short of endorsing any political candidates currently running for office, but Anglin and Palmer said they plan to educate their social media following about the issues so voters can make an informed choice.

Pittsburgh I Can’t Breathe is endorsing Rep. Ed Gainey for Pittsburgh’s mayor. The group co-hosted a forum featuring all of the mayoral candidates that will appear on the May ballot.

“We’re not talking just about murders anymore,” Mighty said. “This season I believe is about progression … Now it’s just getting the right people in the right places in order to make America a better place.”

Mighty, Anglin and Palmer led protesters through Pittsburgh Tuesday after a jury declared Derek Chauvin guilty on all counts. Palmer said it’s hard to celebrate knowing this doesn’t bring victims like Floyd back, but the verdict is a sign of hope.

“This isn’t something that we see often,” Palmer said about the verdict. “Even though we got justice, we still have more to do.”

Businesses in Pa. and other states scramble for help as job openings go unfilled