In this Jan. 31, 2019 photo, students walk on the Northeastern University campus in Boston.

Steve Waithe has also coached at Penn State, the Illinois Institute of Technology, the University of Tennessee and Concordia University Chicago.

(Boston) — A former track and field coach at Boston’s Northeastern University was arrested Wednesday and charged with using bogus social media accounts to try to trick female student-athletes into sending him nude photos of themselves, prosecutors said.

Steve Waithe, 28, of Chicago, is accused of creating fake social media accounts to contact track and field athletes and offering to help get rid of compromising photos of them he claimed to have found online.

He would send pictures he had obtained of the victims and try to persaude them to send more explicit photos to him so he could “reverse image search,” authorities said in court documents.

Prosecutors say Waithe also would regularly ask to use female athletes’ cellphones at practice and meets so that he could film their form. One victim told authorities that at least once she saw Waithe scrolling on her phone instead of recording.

Waithe, who is is charged with cyberstalking and wire fraud in Boston federal court, was arrested in Chicago and was expected to make a court appearance there later Wednesday. An email seeking comment was sent to his attorney. 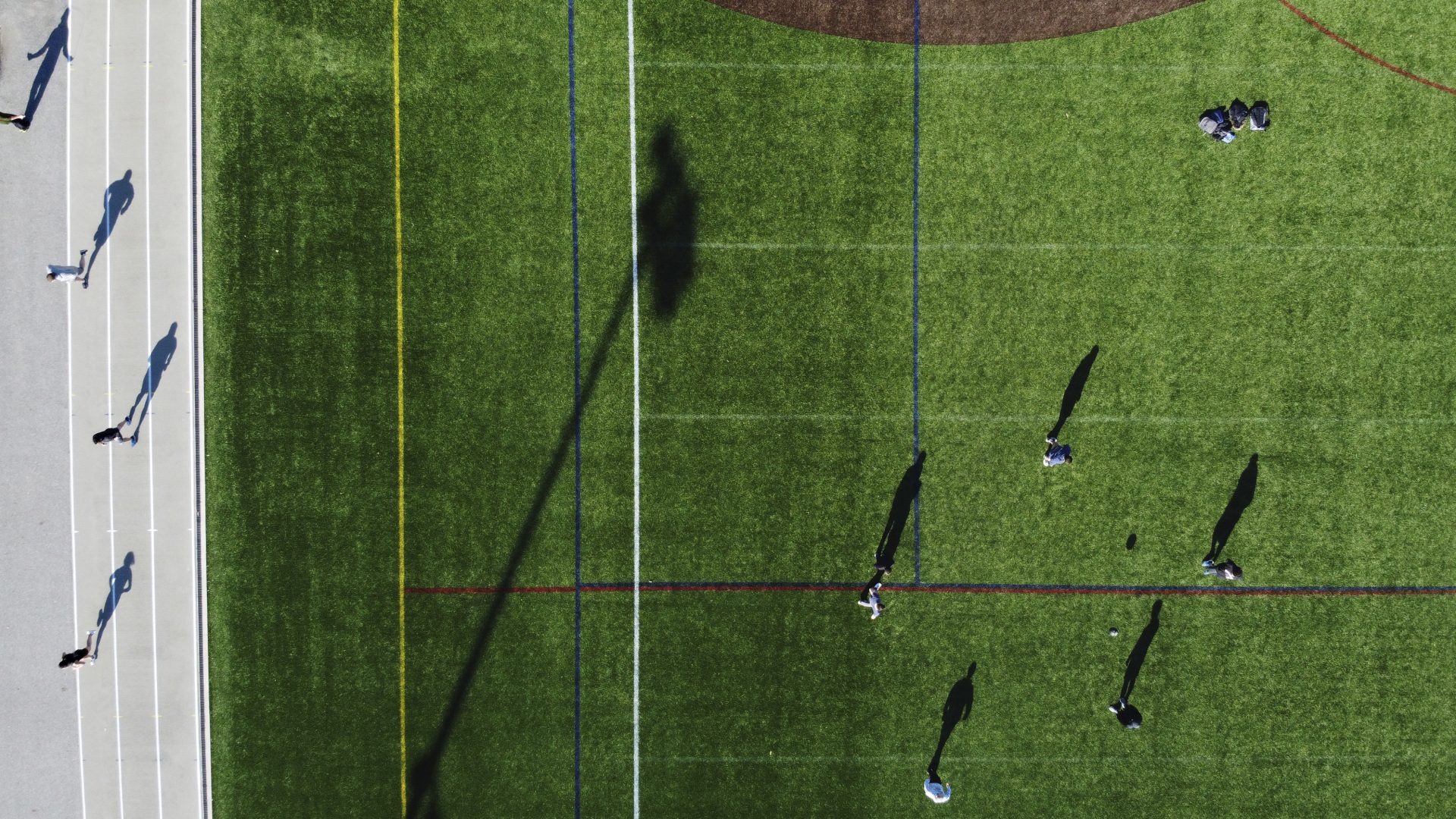 Northeastern University students kick a soccer ball around while social distancing on a field as others run around the track, Thursday, March 26, 2020, in Boston.

Waithe worked at Northeastern from October 2018 until February 2019, when, the school says, he was fired as a result of a university investigation into his “inappropriate conduct toward female student athletes.”

“Impacted students were provided with counseling and other resources. The university also contacted federal law enforcement officials and worked in full cooperation for the duration of the federal investigation,” Renata Nyul, a Northeastern spokesperson, said in an email.

In one case, authorities say Waithe contacted a victim through an Instagram account and claimed that he was trying to help people whose nude photos were “leaked” get the images taken offline. He sent the victim nude photos of herself, which she told authorities had been saved to her cellphone. She said she had given Waithe her phone on multiple occasions to film her form during practice, prosecutors said.

Waithe is also accused of cyberstalking one victim by sending nude photos of her to her boyfriend, hacking into her Snapchat account, and using an anonymized phone number to text her. Authorities say additional victims were the target of a separate scheme to get women to send photos of him via email under the guise of “athlete research” or “body development.”

Waithe sent emails under a female persona requesting information about height, weight and diet habits and asked for photos in a “uniform or bathing suit to show as much skin as possible,” prosecutors said. The emails often included attachments of explicit photos of his fake persona as a guide and promised to send the victim gift cards at the end of the study, authorities said.

Prosecutors say investigators have found more than 10 victims of the “body development” scheme and identified more than 300 explicit images of victims in Waithe’s Google accounts.

Prosecutors say Waithe has also coached at Penn State University, the Illinois Institute of Technology, the University of Tennessee and Concordia University Chicago.