As Patty Fortney-Julius, left, offers support, her sister Lara Fortney-McKeever cries as she speaks to reporters during a news conference in Newark, N.J., Monday, Dec. 2, 2019. The two sisters from Pennsylvania are suing the Archdiocese of Newark and the Diocese of Harrisburg, Pennsylvania. They allege clergy in Newark knew a priest had sexually abused children before he moved to Harrisburg and abused them and their sisters for years. Lawsuits alleging sexual abuse by Roman Catholic clergy are taking center stage in New Jersey as the state's relaxation of statute of limitations rules takes effect. (AP Photo/Seth Wenig)

(Harrisburg) —  The state House of Representatives showed solid support Tuesday for enacting a two-year lawsuit window for child victims of sexual abuse as a regular bill, two weeks after the Legislature gave its first round of approval to a similar constitutional amendment.

The 148 to 53 vote set the table for a final vote in the chamber, and if the House gives its final OK, the state Senate and governor would still need to approve it. The Republican leader’s office said the final vote could occur Wednesday.

The prime sponsor, Rep. Jim Gregory, R-Blair, noted his amendment would allow lawsuits outside the statute of limitations against both public and private entities.

“All public and private defendants are treated the same to ensure that all victims are treated equally,” Gregory said before the successful vote on his amendment. 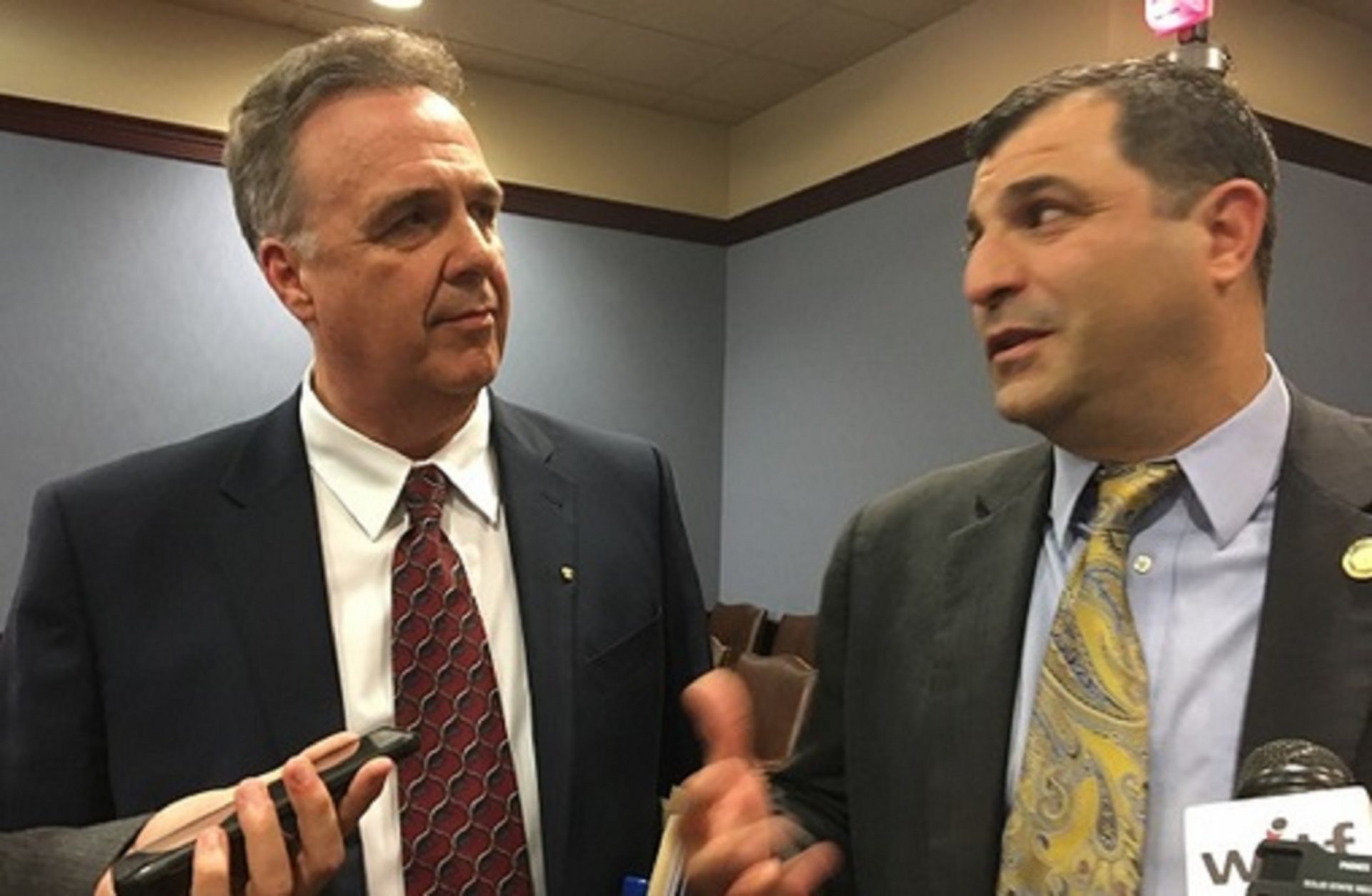 A proposal by Rep. Brett Miller, R-Lancaster, would have delayed implementation of the bill unless and until the constitutional amendment is enacted. Miller said he wanted to “advance the issues of the people” while also defending the constitution’s legal protections for defendants.

“All this is doing is delaying justice to the survivors of this commonwealth who have waited 15-plus years to be able to go into a civil court of law here and learn the truth,” said Rep. Mark Rozzi, D-Berks, a leading advocate of the two-year lawsuit window proposal.

As for the state constitutional amendment, it still needs to be passed by both chambers during the 2023-24 legislative session before going to voters for final approval as a referendum.

Many victims lost the right to sue when they turned 18 or were young adults, depending on Pennsylvania state law at the time.

Early this year, a constitutional amendment had appeared to be on track to probably go before voters in May, but the Department of State failed to advertise it as required, restarting the lengthy process.

The mistake led to the abrupt resignation of Secretary of State Kathy Boockvar. She has described it as an administrative error, and the Wolf administration is investigating.

The deciding vote in Pa.’s high-stakes political redistricting could be yours, if lawmakers agree