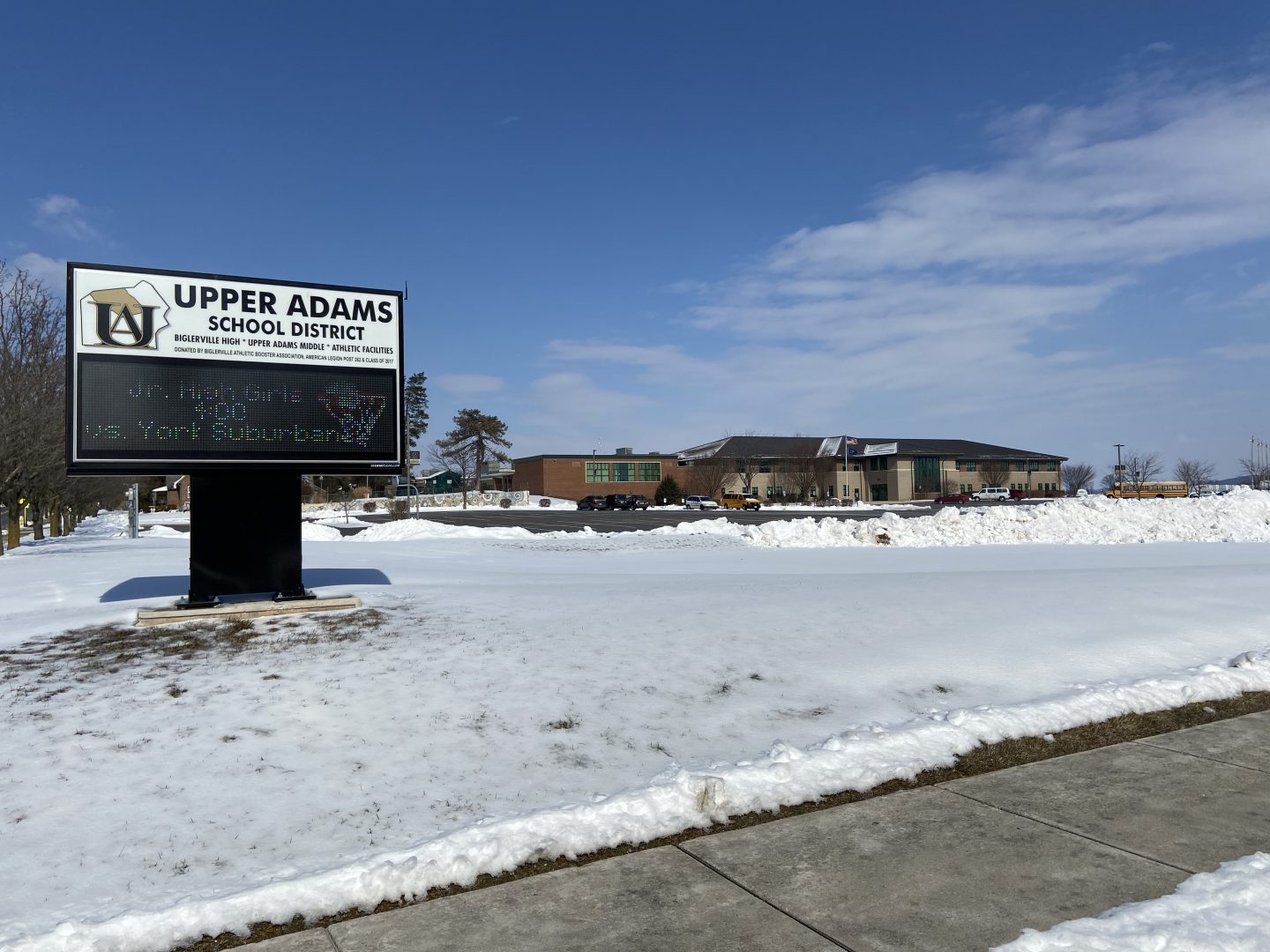 (Biglerville) — The Upper Adams School District is beginning to roll out its anti-racism plan in response to a social media campaign sharing allegations from current and former students.

A 17-page document on the district’s website describes its approach to “ensure [it is] educating all students in a safe, healthy and non-discriminatory learning environment” while keeping the community up to date on its progress.

One piece already underway involves training for staff and board members. The district’s plan also touches on hiring, curriculum, community engagement and an equity audit.

“We’re able to provide those face-to-face which is good, but while social distancing in our auditorium, so we have everybody spread out,” he said.

More training by the Pennsylvania Human Relations Commission and the Lincoln Intermediate Unit is scheduled for April and May and will focus on issues like unconscious bias, identity, and restorative practices.

In the long-term, the district promises to evaluate its hiring practices and curriculum with equity in mind. Superintendent Wesley Doll said that will involve working with anti-racism experts to recruit and hire employees who reflect the community as vacancies occur. But he cautioned the latter goal, changes to curriculum, will take time.

“It’s going to take several years to thoroughly go through each of our curriculum areas and have those conversations and work on updating it,” he said. “It would just be very, very overwhelming to do that all at one time. And I would prefer not to do that so quickly that there isn’t thought that is put into it.”

School board members and K-6 teachers will eventually receive training as well, according to Doll and the plan.

Another issue involves investigating allegations and schools’ handling of reports: prior to publishing its plan, the district hired law firm Fox & Rothschild for that work. It also plans to implement school climate surveys by May and undergo an equity audit through the Lincoln IU, which will “take a deeper look” at ways to “promot[e] inclusivity, cultural sensitivity, and equity.”

The plan is a work in progress and will be updated, Doll said. The document includes a commitment to publish annual progress reports and engage the community throughout the process. The superintendent said he is working with two local clergy to reach more people.

As part of its response, the district set up two listening sessions for current and former students. Two students attended, Doll said.

“I look at it as not really quantity but quality,” he said. “The conversation that we had with the two students was an hour and forty minutes, and the information that we gathered was very powerful.”

Doll said Upper Adams has received about two dozen reports online, in letters, or in the listening sessions and that the law firm will also consider information shared anonymously on social media.

Some of the recent reports to have reached the district through official channels came from emails community members sent to the school board. The board read excerpts of those aloud during its March meeting, but said it could not read them in full because of time and specific references to individuals included in the allegations.

The Facebook page dedicated to exposing racism called for residents to send anonymous reports so that they would be read into public comment. The weekend before the meeting, supporters of the social media campaign gathered at the school to amplify students’ concerns.

LaRock Hudson, who has been acting as a spokesperson for anonymous students, said at first he considered that event a success, but it came at a price.

“It seems as though after school’s been back in session, some of the students who were involved have been harassed more so than they were before the event,” he said. As the school district moves forward with the plan, he said it is imperative to “be proactive” about protecting students who have made reports from retaliation.

Another consideration, he said, is setting up “safe and sterile spaces” for groups within the school community to support one another through a process that will take a lot of time and personal reflection.

Of the plan more generally, Hudson said he would have liked to see more input from current and former students at the center and more community engagement at the outset. And he said the district should do more to recognize the decades of racism in the allegations.

This does not mean asking individuals to take direct responsibility for everything that happened before they arrived, he said, but rather “holding the school district as an institution accountable” and expecting those who are part of it to work toward change.