In this Saturday, Feb. 23, 2019 photo, Mike Carpenter, uncle of Greg Longenecker, walks the field where Longenecker was killed by a bulldozer in 2018, in Bernville, Pa.

Gregory Longenecker had fled into thick brush after being caught growing 10 marijuana plants on public land near Reading. 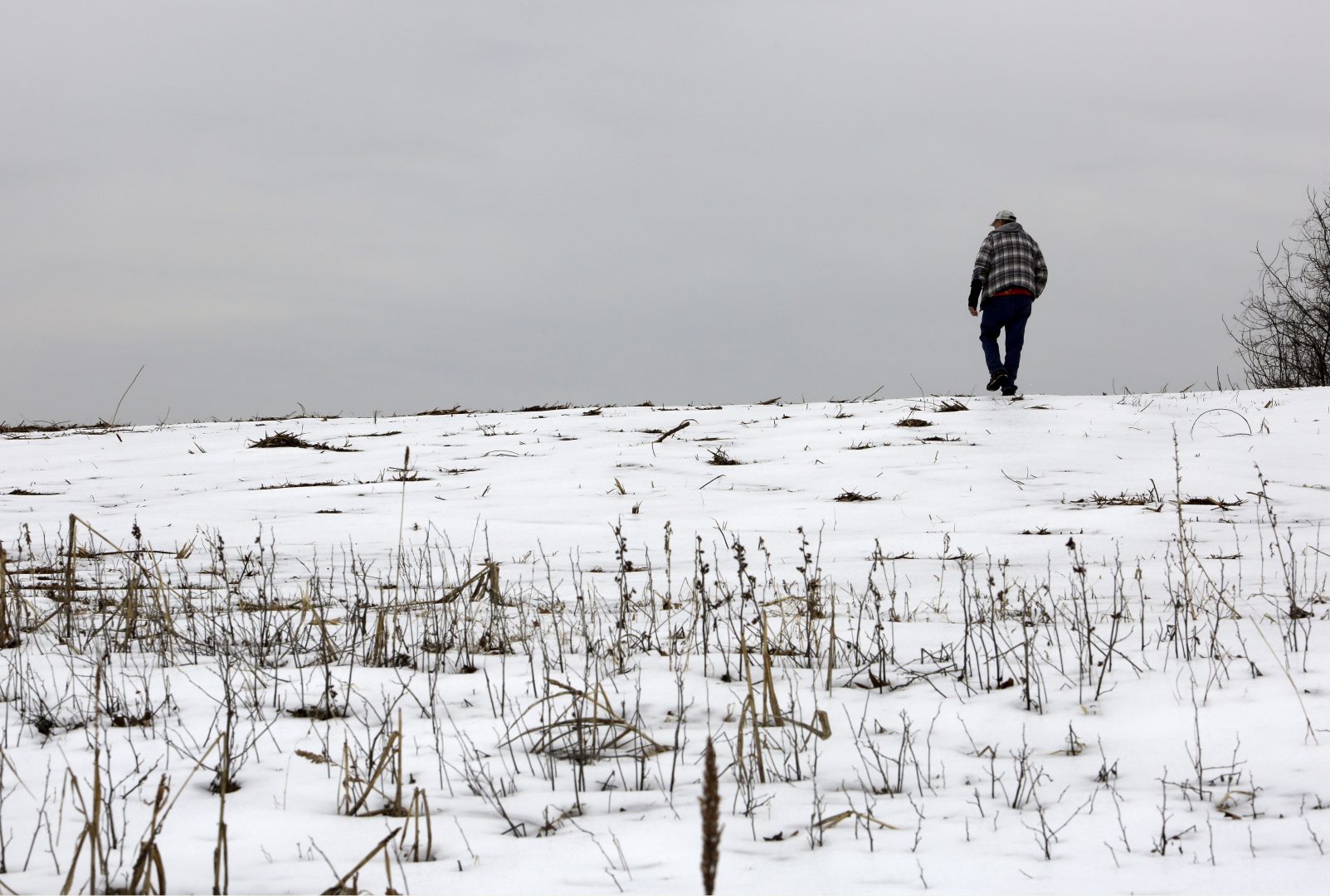 In this Saturday, Feb. 23, 2019 photo, Mike Carpenter, uncle of Greg Longenecker, walks the field where Longenecker was killed by a bulldozer in 2018, in Bernville, Pa.

(Reading) —  The state of Pennsylvania will pay $475,000 to the estate of a man who died underneath a bulldozer that Pennsylvania State Police had used to chase him for growing a handful of marijuana plants, according to a settlement revealed in court Thursday.

Gregory Longenecker, a 51-year-old short-order cook and Grateful Dead fan, had fled into thick brush after being caught growing 10 marijuana plants on public land near Reading. His body was found under the treads of a Pennsylvania Game Commission bulldozer that state police had commandeered in pursuit. 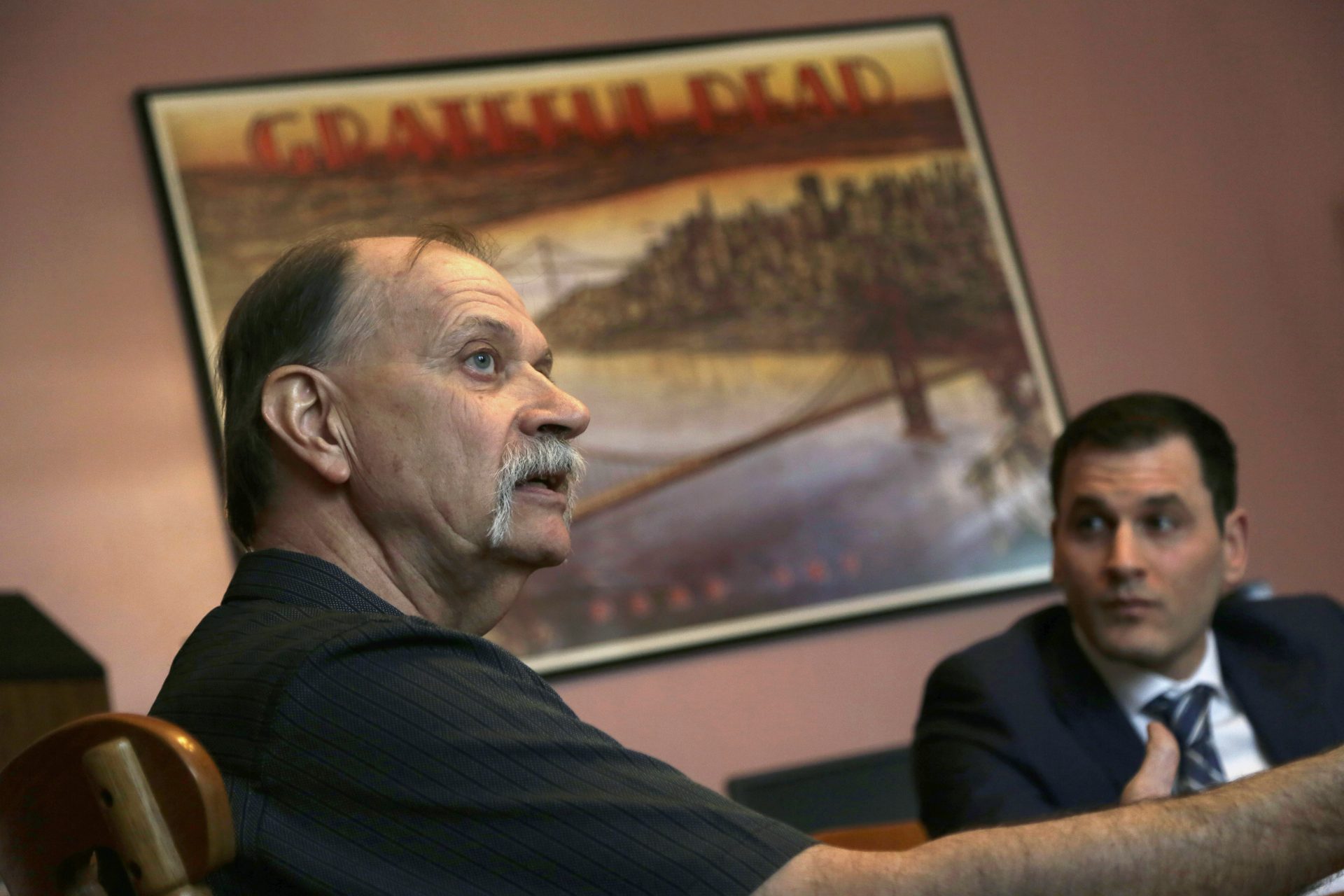 In this Saturday, Feb. 23, 2019 photo, Mike Carpenter, left, uncle of Greg Longenecker, is interviewed by The Associated Press Saturday, Feb. 23, 2019, in Reading, Pa. A federal lawsuit accuses Pennsylvania State Police of gross recklessness for using a bulldozer to chase and inadvertently run over and kill Longenecker, who had fled after being caught growing marijuana on public land. Attorney Jordan Strokovsky listens at right.

The lawsuit by Longenecker’s family contended that state police and the game commission took “crazy and lethal action” against an unarmed man who posed no threat, then destroyed or withheld evidence to cover it up.

The plaintiffs’ attorney, Jordan Strokovsky, said outside court Thursday that Longenecker’s family is pleased with the settlement but wants “sweeping reforms to prevent such an excessive show of force and tragedy like this in the future.”

A federal judge is reviewing the settlement and is expected to sign off.

A prosecutor who investigated Longenecker’s death concluded that troopers acted reasonably. Authorities have publicly contended that Longenecker was high on methamphetamine, crawled under the back of the bulldozer when it stopped briefly, and was crushed to death when it started moving again and made a left turn.

The lawsuit called that explanation ludicrous, and witness statements cast doubt on the official version of how he got caught under the machine.

“Rather than admit what happened and apologize for their excessive tactics … state police, with the assistance of the Berks County district attorney’s office, disregarded evidence and provided a ridiculous and unfounded conclusion” to show that “law enforcement did nothing wrong,” Strokovsky said.

Berks County District Attorney John Adams said his office stands by its investigation, “and to date we have not been provided with any evidence contrary to our investigative findings.”

The settlement did not require the state agencies to admit wrongdoing. A state police corporal who rode the bulldozer and a game commission worker who operated it remain on the job.

Vaccinating teachers gets Pa. schools ‘one step closer to what is normal’