The interior of the mass vaccination site at the former Bon-Ton department store at Park City Center in Lancaster.

Pa. mass vaccination sites are ready to open—with or without vaccines

March 4, 2021, 5 p.m.: This story has been updated to include submitted photos of the planned site in Lancaster and additional information provided by the state health department.

(Lancaster) — The mass vaccination site at the Park City Center shopping mall has 500 employees, thousands of parking spaces and the capacity to treat up to 6,000 people per day. It plans to open next week.

“It’s really up to the Department of Health. Usually they make those allocation decisions on the weekend for the week following,” said Dr. Michael Ripchinski at Penn Medicine-affiliated Lancaster General Health, one of four health systems running the site.

The clinic inside the shuttered Bon-Ton department store is not the only planned mass vaccination site in the midstate. Elected officials and health systems have set up locations to administer COVID-19 vaccines in Dauphin and York counties. None has a guarantee of vaccines from the state health department.

At our Park City VaccinateLancaster site this PM. Huge, impressive operation coming together thanks to a great team. Ready to vaccinate anyone in 1A who wants it in a more efficient way – as long as the state provides us the vaccines. Will they? That is the BIG question. pic.twitter.com/2ATHTlQV0V

Pennsylvania health care providers have vaccinated nearly 2.5 million people by relying on the hundreds of pharmacies and health clinics that dot the commonwealth. However, people have complained of spending hours online and on the phone trying to schedule an appointment, often without success.

Mass vaccination sites could simplify that process. In Lancaster, people will be able to sign up on its website. In Dauphin County, the planned site won’t require an appointment. In most cases, the vaccines are provided free of out-of-pocket charges, though insurance may be billed to cover administrative costs.

The sites are also seen as a way to meet demand as the Biden Administration promises vastly more vaccines in coming weeks. Weekly supplies already have increased. The Pennsylvania health department allocated more than 526,000 vaccine doses this week—more than double what it got a few weeks ago.

Democratic Gov. Tom Wolf declined to say whether Park City Center or other sites would get allocations of vaccines next week.

“I can’t commit to that, but I want to get these shots into as many arms as quickly as—and equitably—as possible,” Wolf said during a Tuesday press conference, where he announced teachers will have access to the single-dose Johnson & Johnson vaccine.

The state’s network of retail pharmacies and health systems remains one key part of getting vaccines for the roughly 4 million people eligible under phase 1A, Wolf said.

Mass vaccination sites will be another part of the plan as the state gets more doses, Wolf said. He noted that he just signed a bill authorizing the Pennsylvania National Guard to assist the state health department in community vaccination efforts.

Still, such sites don’t necessarily help the hardest-to-reach populations, Wolf said. Getting vaccines to those people is a priority. “We still have to figure out how we’re going to do that, but we realize that there’s more ways to get these vaccines out than just the pharmacy partnership.”

Like Wolf, the department wants to make sure vaccines are distributed “in an ethical, equitable and efficient way,” said department spokeswoman Maggi Barton. 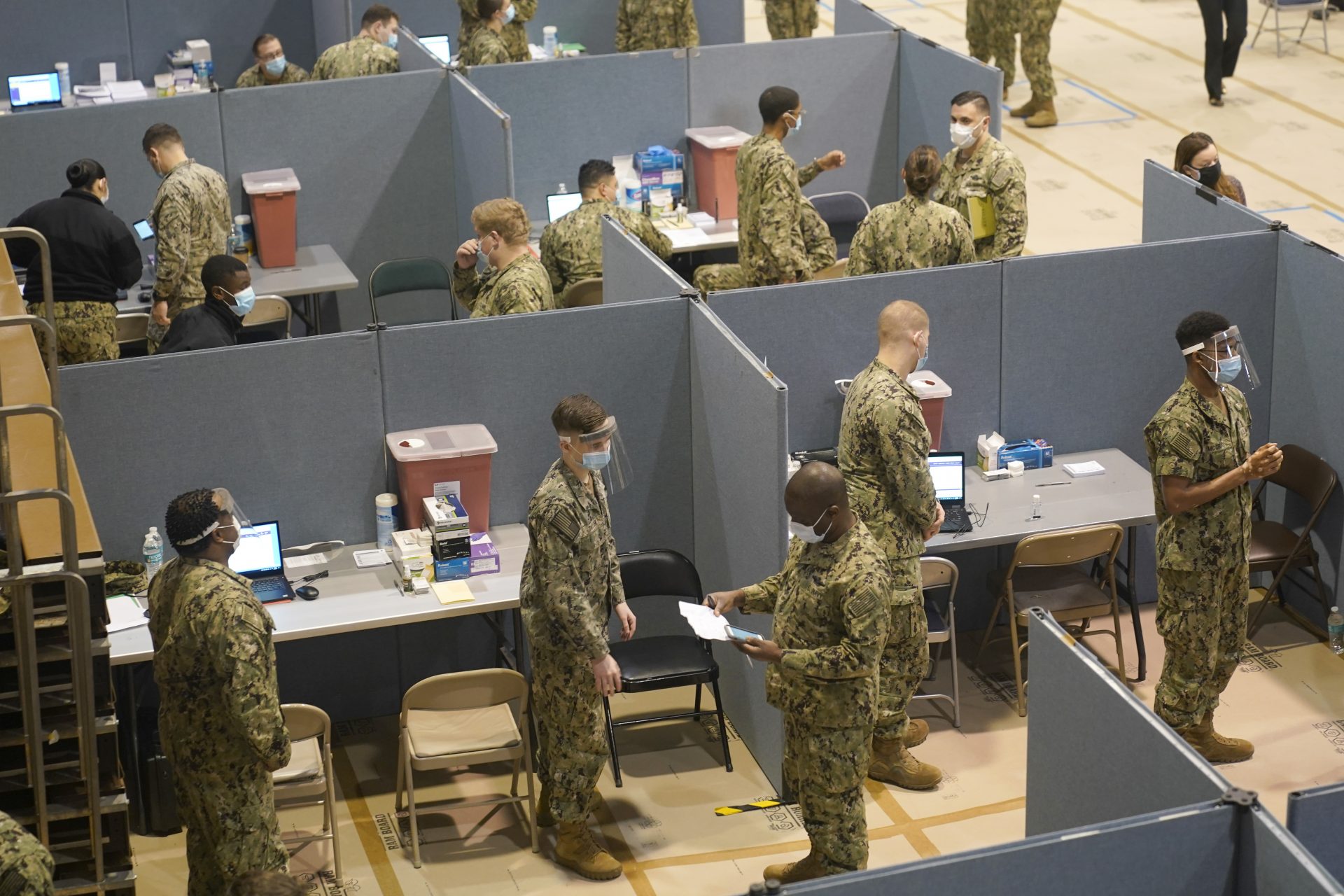 Primarily Navy personnel prepare for the opening of a mass COVID-19 vaccination site in the Queens borough of New York, Wednesday, Feb. 24, 2021. This FEMA run site, along with another in Brooklyn, gives priority to local residents in an effort to equitably distribute the vaccine. (AP Photo/Seth Wenig, Pool)

At present, the weekly allotment of vaccines “does not allow for the execution of large-scale vaccination clinics, although our planning to support those events is ongoing so that we will be ready once the vaccine supply is sufficient to support it,” Barton said.

She said health systems and counties can develop mass vaccination plans using existing resources. However, those sites must follow the rules of the phased vaccine rollout. Right now, people 65 and older, as well as those with certain health conditions or circumstances, are eligible.

In Lancaster, Ripchinski said if Park City gets no vaccines next week, Lancaster General will provide some of its allocation. This will allow health care workers to get the site up and running, he said.

Still, he’s hoping for doses from the state, to show that the site can do what it is designed to do.

“Even in the short run, even if we only have a few thousand per day—if we were that lucky to get that—it allows us to build over time, such that if we had to vaccinate second doses later at 3,000 per day and keep giving first doses, we could do that,” Ripchinski said.

Some states have mass vaccination sites up and running.

In California, sites in Los Angeles and Oakland have vaccinated almost 170,000 people since they opened two weeks ago. In L.A., some people were turned away after they mistakenly believed they were eligible for the vaccine.

In Missouri, a rural mass vaccination site ran into a different problem — more than 1,400 doses had to be moved across the state after they went unused.

In New York, mass vaccination sites at the state fairgrounds in Syracuse and at the Javits Center and Yankee Stadium in New York City opened this week and are operating around the clock.

A number of other states, including Ohio and Tennessee, are planning to open sites later this month. 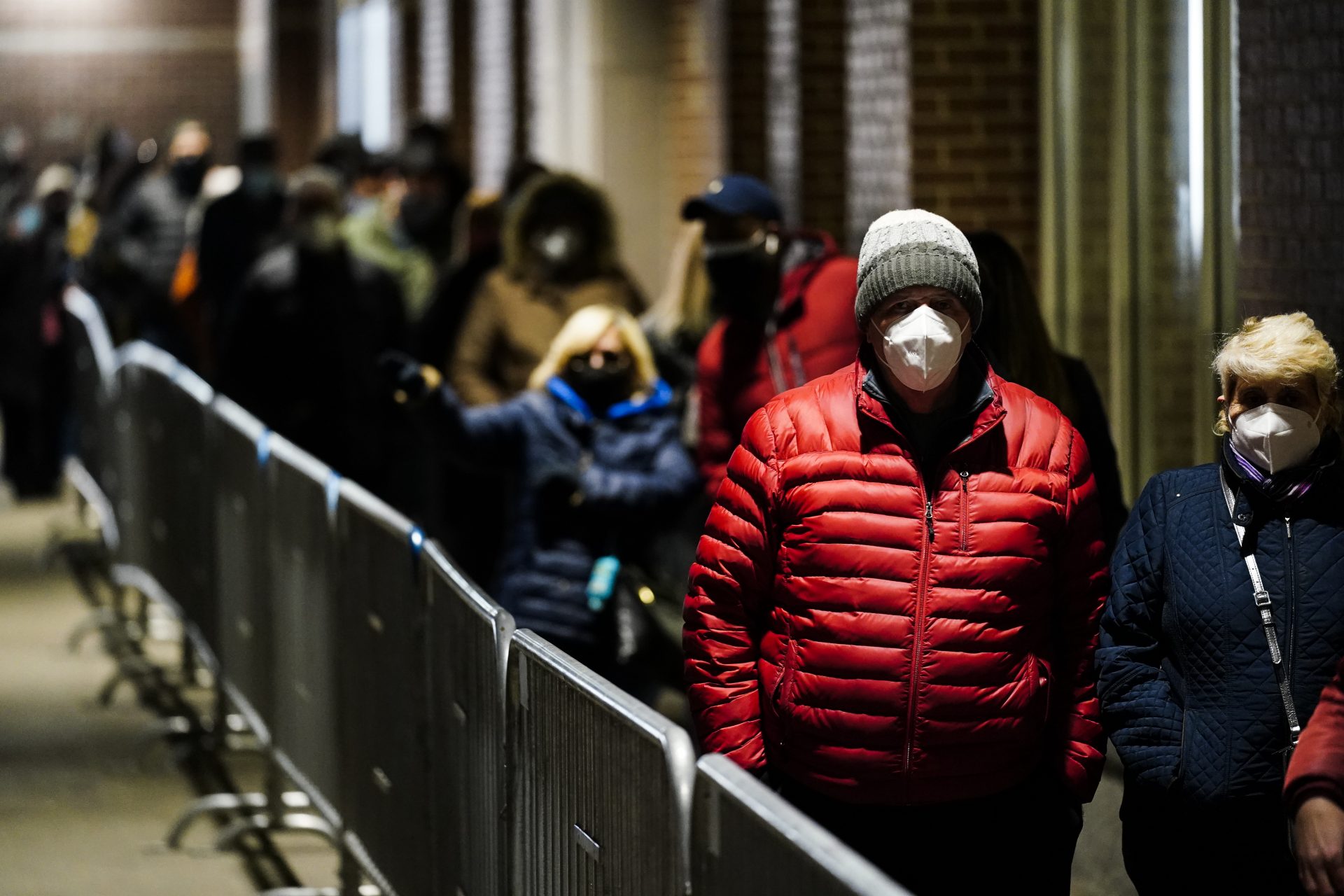 In Dauphin County, health care leaders are waiting for a promise of vaccines before planned drive-through site opens at Harrisburg Area Community College.

“We have designated HACC as an ideal partner because they have the facilities and space to accommodate a drive-through community vaccination clinic, offer convenient ingress and egress, and operate a nursing school which provides opportunity for additional staff to support the clinic,” said county spokesman Brett Hambright.

The county has been in talks with University of Pittsburgh Medical Center to run the site, Hambright said. He said the size of its operation would depend on available vaccines. None have been allocated so far.

In neighboring York County, a former A.C. Moore arts and crafts store is ready to serve as a community vaccination site, according to WellSpan Health.

County Commissioner Doug Hoke said the site has a plan for dedicated staff and a guaranteed funding reimbursement with the Pennsylvania Emergency Management Agency.

His understanding is that the federal government wants states to be ready to use an increasing supply of vaccines.

“All this sounds great, but unless we get the [vaccines], we can’t even open our doors,” Hoke said.