Under this latest plan, educators and staff will not be moved into Phase 1a, which would make them eligible for the Pfizer and Moderna vaccines.

(Harrisburg) –– Pennsylvania is aiming to vaccinate roughly 200,000 public and private school employees against the coronavirus by no later than mid-April.

The Wolf Administration will set aside a chunk of the single-dose Johnson & Johnson vaccine for the effort.

Gov. Tom Wolf said this week, the federal government will send the commonwealth around 94,000 doses of the vaccine that was approved by the FDA last Saturday. Pharmacies will get another 30,000.

Teachers unions and other groups have been demanding separate doses for educators and staff as a condition for returning to classrooms. Pennsylvania had originally slated the group for eligibility under its 1b classification, but instead will offer the vaccines to them separately.

Under this latest plan, educators and staff will not be moved into Phase 1a, which would make them eligible for the Pfizer and Moderna vaccines.

“We need to make sure that when students and teachers get back to the classrooms, they’re safe,” Wolf said. “Our job is to make sure students can focus on learning and growing rather than worrying about their safety.”

Doses will be offered to public and private school employees at every level, even to bus drivers and janitors. Twenty-eight of the commonwealth’s 29 Intermediate Units, in charge of providing education support services to schools within their boundaries, will head up the scheduling and administration. 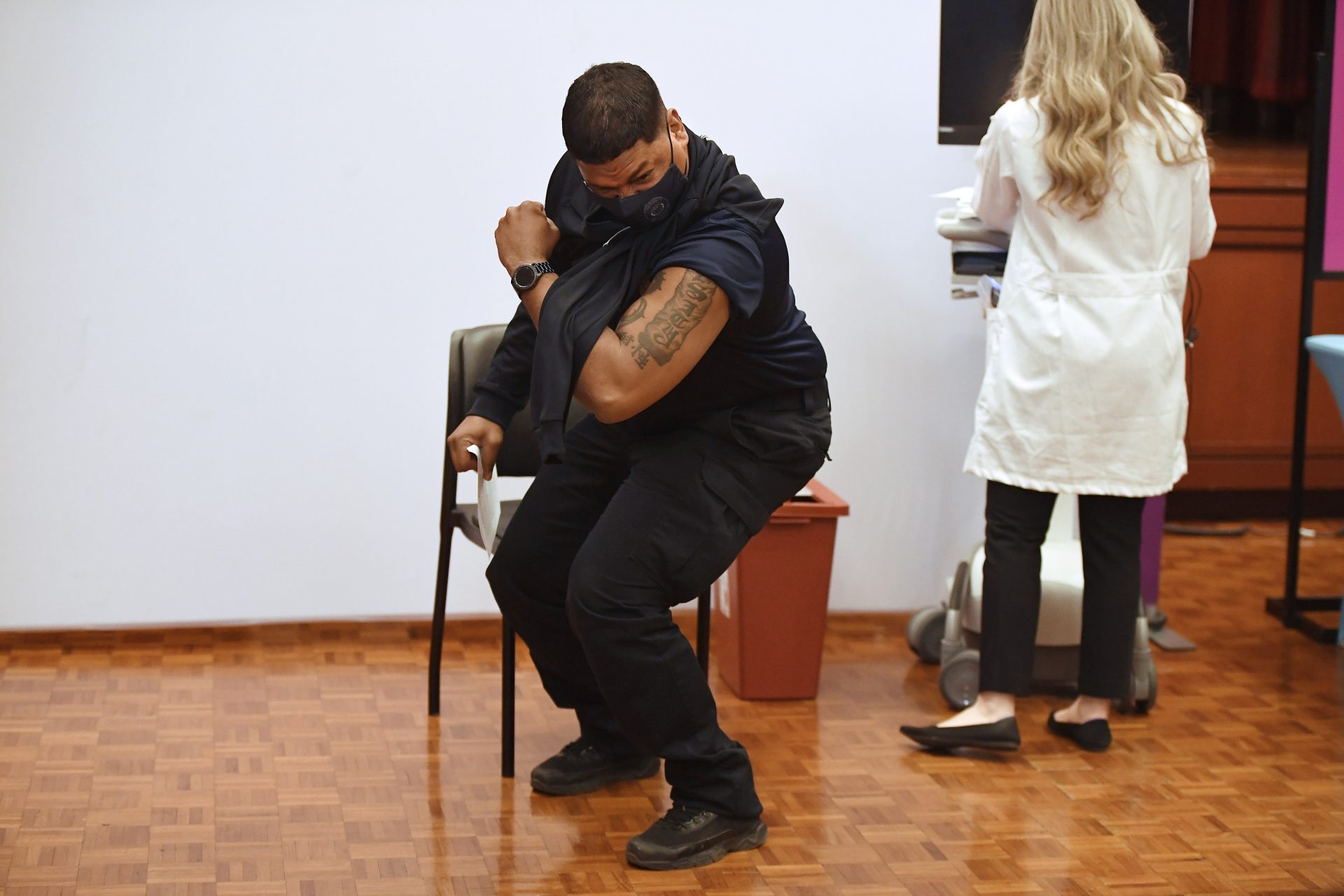 The Pennsylvania National Guard will also be aiding in the effort. Wolf signed legislation allowing the Guard to get more heavily involved in the vaccine rollout overall.

State leaders said this new effort does not change anything about the current rollout plan. Those who are eligible under the 1a classification can still get doses, and the commonwealth is moving forward as planned with expanding who can get a shot. The exact timeline for moving to Phase 1b and beyond remains unclear.

“We recognize that much work remains, but I am confident that we are turning a corner and dramatically improving the process to ensure any Pennsylvanian who wishes to be vaccinated has access to vaccine,” said state Sen. Ryan Aument (R-Lancaster County), a member of the COVID-19 Joint Task Force created last month.

Pre-K and elementary school teachers and staff, and those who teach students with disabilities and English language learners, will get their shots first. Wolf said those students will benefit most from a swift return to the classroom.

“Getting the youngest and most vulnerable back into the classrooms will also help parents, many of whom have been struggling to balance jobs with child care, learning support duties, and all the other things that go along with parenting young kids for far too long,” Wolf said.

If all goes well, state leaders estimate most students, teachers and staff could be back to the classroom full-time before the end of the current school year.

The governor said how quickly the change happens will depend on how quickly the federal government can get doses distributed. Health experts will also have to figure out how many educators and staff will refuse a vaccine when offered one.

It’s also unclear how many have already received one or both doses of the Pfizer or Moderna shots.

Johnson & Johnson’s vaccine has shown to be about 66 percent effective at preventing moderate COVID-19 infections, lower than Pfizer and Moderna’s 90 to 95 percent. That’s led some, especially communities of color, to think twice about getting the shot and warn against any distribution plan that unevenly hands out doses.

But research has also shown the J&J vaccine is 85 percent effective against preventing severe disease, something that puts it on par with the other shots available. That’s the key takeaway for lawmakers like Rep. Bridget Kosierowski (D-Lackawanna County).

“The main goal is to keep you from getting ill from COVID-19, and to keep you out of our hospitals, out of our ICUs and off ventilators,” she said. “Whether you receive either three that are offered to you, they are all effective.”

Sen. Art Haywood (D-Montgomery County) said he is seeing some vaccine hesitancy in his own district, but encouraged any teacher or staff member that’s offered a Johnson & Johnson vaccine to take it.

“They are effective and safe,” he said. “The choice between vaccination and being one of the half a million people who are no longer on the planet, to me is clear.”

Pa. Republican lawmakers and the U.S. Capitol attack
As part of WITF’s commitment to standing with facts, and because the Jan. 6 attack on the U.S. Capitol was an attempt to overthrow representative democracy in America, we are marking elected officials’ connections to the insurrection. Read more about this commitment.
Senator Aument is one of several dozen state lawmakers who backed an effort to overturn Pennsylvania’s 2020 election result, despite no evidence that would call that result into question.
The election-fraud lie led to the attack on the Capitol.