The proposal was inspired by former Lt. Gov. Mike Stack, who had a "painfully distant" relationship with Gov. Tom Wolf. 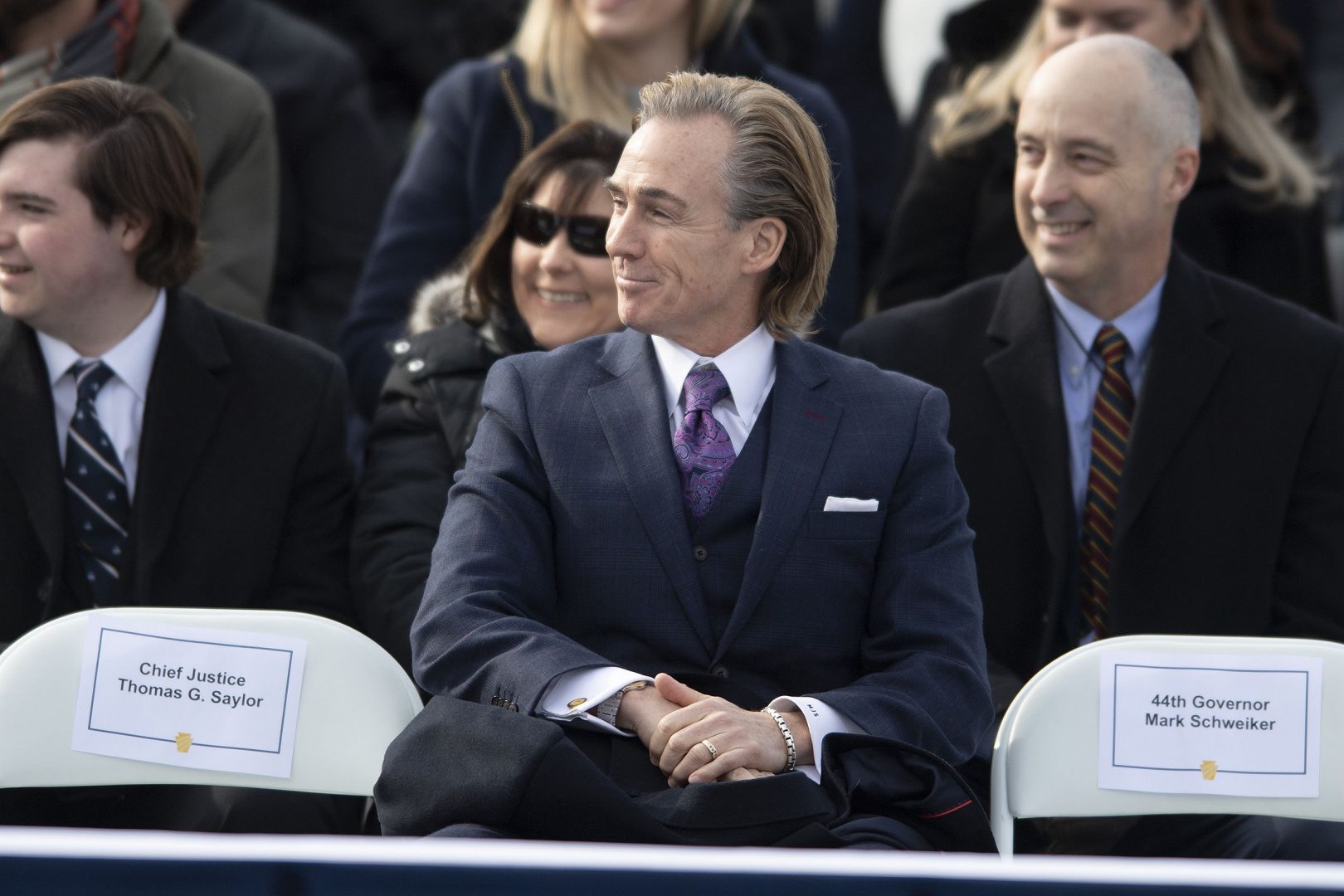 The proposal was inspired by former Lt. Gov. Mike Stack, who had a "painfully distant" relationship with Gov. Tom Wolf.

(Harrisburg) — The Pennsylvania Senate is advancing a measure that would give the state’s political parties final say over candidates for lieutenant governor, taking power away from voters.

It’s a necessary change to a process that has not always resulted in the best partnerships, Democratic and Republican lawmakers say.

The proposed constitutional amendment, introduced by Sen. Dave Argall (R., Schuylkill), would allow a gubernatorial candidate to choose their running mate after the spring primary, subject to approval from their party’s state committee.

At the moment, voters choose candidates for lieutenant governor during closed, statewide primaries. The winner appears with the pick for governor on the general election ballot as a packaged deal.

“In the past, we have seen a leadership team separate into two warring factions that spent weeks not even talking to one another,” Argall said in 2019, after his measure passed for the first time. “If we want to succeed in Pennsylvania, then our top two executive officials need to see eye-to-eye on the issues and not get distracted by petty rivalries.”

The statement was a not-so-subtle reference to the tumultuous relationship between Gov. Tom Wolf and former Lt. Gov. Mike Stack.

After complaints emerged that Stack and his wife were verbally abusive to their security detail and household staff, Wolf stripped the well-connected Philadelphia politician of his police protection. The “painfully distant, arranged marriage,” as The Philadelphia Inquirer described it, formally dissolved the following year when Stack lost during the primary to John Fetterman, who currently holds the position.

All but one member of the Senate Appropriations Committee voted to advance the measure Tuesday, setting it up for a full vote in the chamber as soon as Wednesday.

Because the change would require a constitutional amendment, it must pass both chambers of the legislature twice in consecutive sessions before it can go to the voters. Should the House approve the resolution this year, it could be before voters by November.

Argall said this week the change would be “a step forward in providing better teamwork between governors and lieutenant governors.” While the latter position has been criticized as being somewhat ceremonial, the office-holder presides over the Senate and chairs the Board of Pardons.

Argall’s proposal won bipartisan support last session and is expected to have similar backing this time. Sen. Sharif Street (D., Philadelphia) who co-sponsored the measure, said the change will allow governors and their deputies to have functional relationships.

“We could have five people running for governor and three people running for lieutenant governor or vice versa,” Street told Spotlight PA on Tuesday. “Then they get to the general election and they are forced to run together, even though they may have very different ideologies about how to run the commonwealth, which could cause some awkwardness.”

The measure also has the backing of The Committee of Seventy, a Philadelphia-based good-government group.

“As with the president and vice president nomination at the national level, voters deserve a chance to consider an integrated team of governor and lieutenant governor candidates, not an accidental pairing,” said David Thornburgh, president of the organization.

But support for the proposal isn’t unanimous. In the state House, one GOP lawmaker joined more than 60 Democrats to vote “no” in 2019.

“Most lawmakers considered this question with a long lens and their position on it tends to reflect how they view the concept of the office rather than views of any specific people who have been lieutenant governor,” Bill Patton, a spokesperson for House Democrats, said.

Three state senators, including a Republican, similarly voted against it in January 2020.

Sen. Katie Muth (D., Montgomery) was among the nays. She said Tuesday she believes governors and their lieutenants should both be chosen by voters, not by political parties.

“Leave it in the hands of the voters,” she said. “I want the people of Pennsylvania to decide because as a member of the Senate, they [lieutenant governors] play an integral role, including the ability to have a healthy debate, to have the democratic processes followed.”

She is also opposed to the change because she believes it could amplify “political behind-the-scenes maneuvering.”

“I’m very much against appointments because of the pay-to-play system in Pennsylvania with state-level politics,” she said.

But Argall defended his proposal Tuesday, noting its bipartisan support and the fact that voters will ultimately get to decide whether to make the change.

“Please be understanding that very few people — very few people — go to the polls in November and base their vote on who the lieutenant governor candidate is,” he said. “They’re voting for the top of the ticket.”