“We’ve all spent the last year talking about how essential workers are essential,” Lamb said. “It is time to put these people first not only with our words but with our actions.” 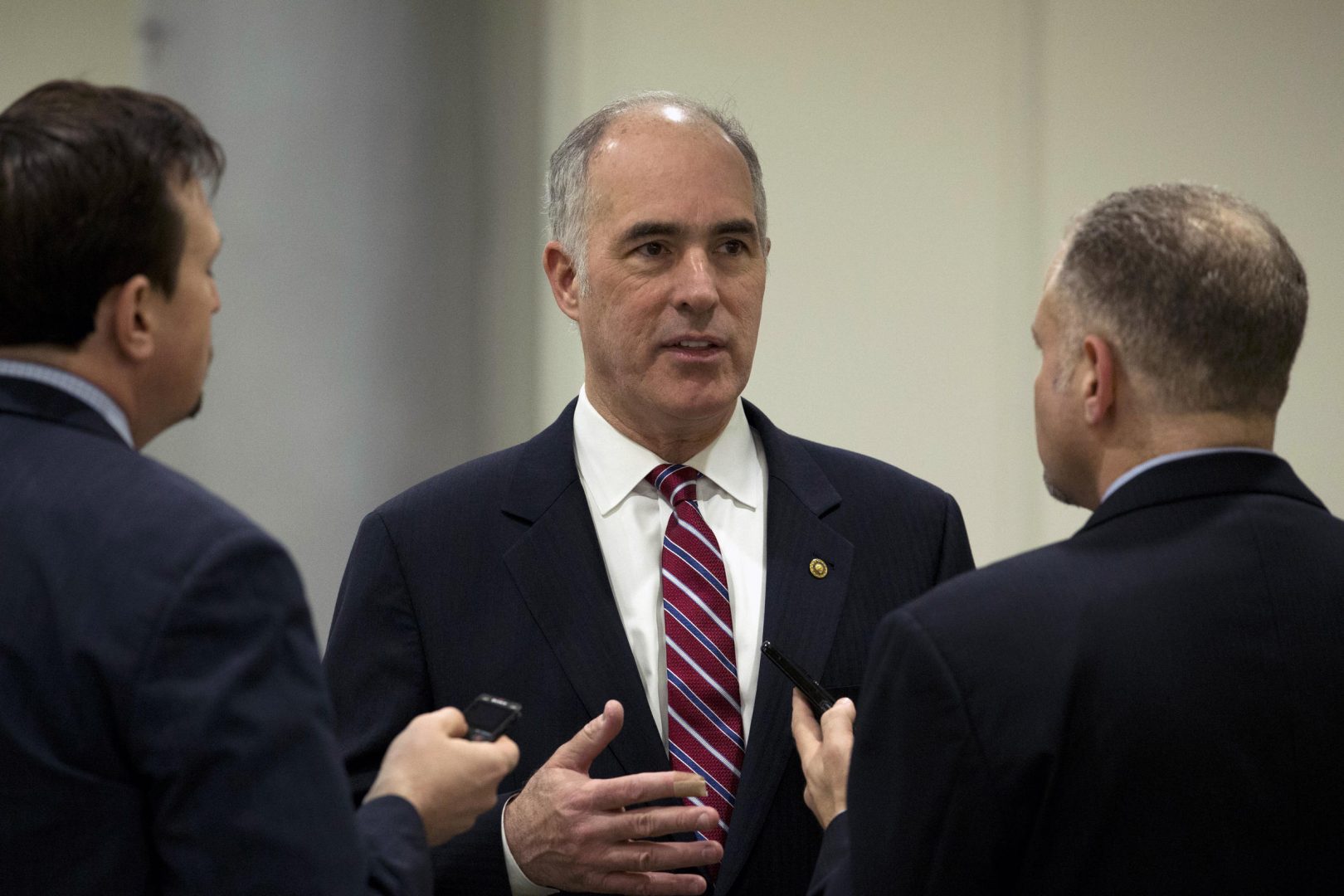 (Pittsburgh) — U.S. Sen. Bob Casey and U.S. Rep. Conor Lamb joined service workers on Monday afternoon in support of a $15 minimum wage hike. But while Democrats are including the measure in upcoming legislation, there are several roadblocks standing in the way of its passage.

“We’ve all spent the last year talking about how essential workers are essential,” Lamb said. “It is time to put these people first not only with our words but with our actions.”

Lamb recalled the dangerous conditions for patients and employees at the Brighton Rehabilitation and Wellness Center in Beaver County, a facility that was ravaged by the coronavirus. He said boosting the minimum wage would recognize the efforts of the cooks, health aides, and other staff at the facility.

“Every worker that continued to show up there every day was risking their health and their life out of devotion to the residents,” Lamb said. “The people who actually made that nursing home work – even at the height of Covid, where 85 people died – they all make less than $15 an hour .… To me, it’s intolerable. It’s inconsistent with everything I’ve ever learned about leadership and about service.”

The federal minimum wage is $7.25 an hour, and has not been raised since 2009. While many states have boosted their minimum wages, Pennsylvania has not. A minimum-wage employee working 40 hours a week makes $15,080 a year before taxes.

“It is long overdue,” said Casey. “The last time the minimum wage increase was legislated on was my first year in the United States Senate, and that was far, far too long.”

The bill would raise the federal minimum wage incrementally over the next four years until it reaches $15 an hour in June 2025.

The boost would impact about 17 million workers, according to a nonpartisan report published by  the Congressional Budget Office earlier this month. The report also found that roughly 1.4 million workers would be laid off due to the increased costs of paying a $15 wage, while 900,000 Americans would be lifted out of poverty.

The three Democratic officeholders did not address potential downsides of a wage increase Monday. But they hope to raise the minimum wage as part of the Biden Administration’s $1.9 trillion pandemic relief package, which also includes $1,400 stimulus checks, money for schools, and aid for states and municipal governments who have been tasked with vaccine distribution and testing.

They hope to pass the legislation using budget reconciliation, a process that only requires the approval of a simple majority of Senators and that allows Democrats to pass the package quickly. But it’s unclear if the $15 minimum wage provision will ultimately make it to President Biden’s desk to be signed into law.

The U.S. Senate parliamentarian has yet to weigh in on the constitutionality of raising the minimum wage through reconciliation, and Democrats still might not have enough support to pass the bill in any case. Two Democrats, U.S. Sen. Joe Manchin of West Virginia and U.S. Sen. Kyrsten Sinema of Arizona, have both said they won’t support the bill if it includes a $15 minimum wage provision.

Casey and Lamb were joined by Philadelphia Congressman Dwight Evans, who said he believes the House could vote on the legislation by Saturday.

“We are going to be at this around the clock, whatever it takes,” Evans said. “We’re going to do everything we can in the House and we will pass it in the House by the end of this week, we will ensure that.”

But if the Senate’s version of the bill doesn’t include the minimum-wage hike, the aid package would require another House vote before it’s sent to Biden’s desk.

The lawmakers did not respond directly to whether they’d vote against the legislation if it did not include the $15 mandate.

“We’re still in the early stages of the debate,” Casey said.