With Pennsylvania behind in vaccination rate, Pa. health department says not to compare states

Pennsylvania is allocating second doses separately, something not all states are doing.

(Harrisburg) — The Pennsylvania Department of Health says its system of designating some coronavirus vaccines for people who already had their first dose is part of why the state appears to be lagging behind other states in how quickly shots are being administered.

Both the Pfizer BioNTech and Moderna vaccines being distributed in the U.S. require a second shot a few weeks after the first.

Nationwide, 50 million doses of those vaccines have been given to health care providers, Centers for Disease Control and Prevention data show. About 32 million have been reported as used — 65 percent of the total.

Pennsylvania is well below the national average. As of Tuesday, pharmacies and health systems across most of the commonwealth have gotten about 2 million doses. More than 1 million have been given to people — 57 percent, CDC data show. (Philadelphia is not included because it gets its vaccines through its health department and reports its numbers separately).

This number has caused confusion among some of the Pennsylvanians who have tried to get a vaccine using the state’s website but have been told that there aren’t any available. 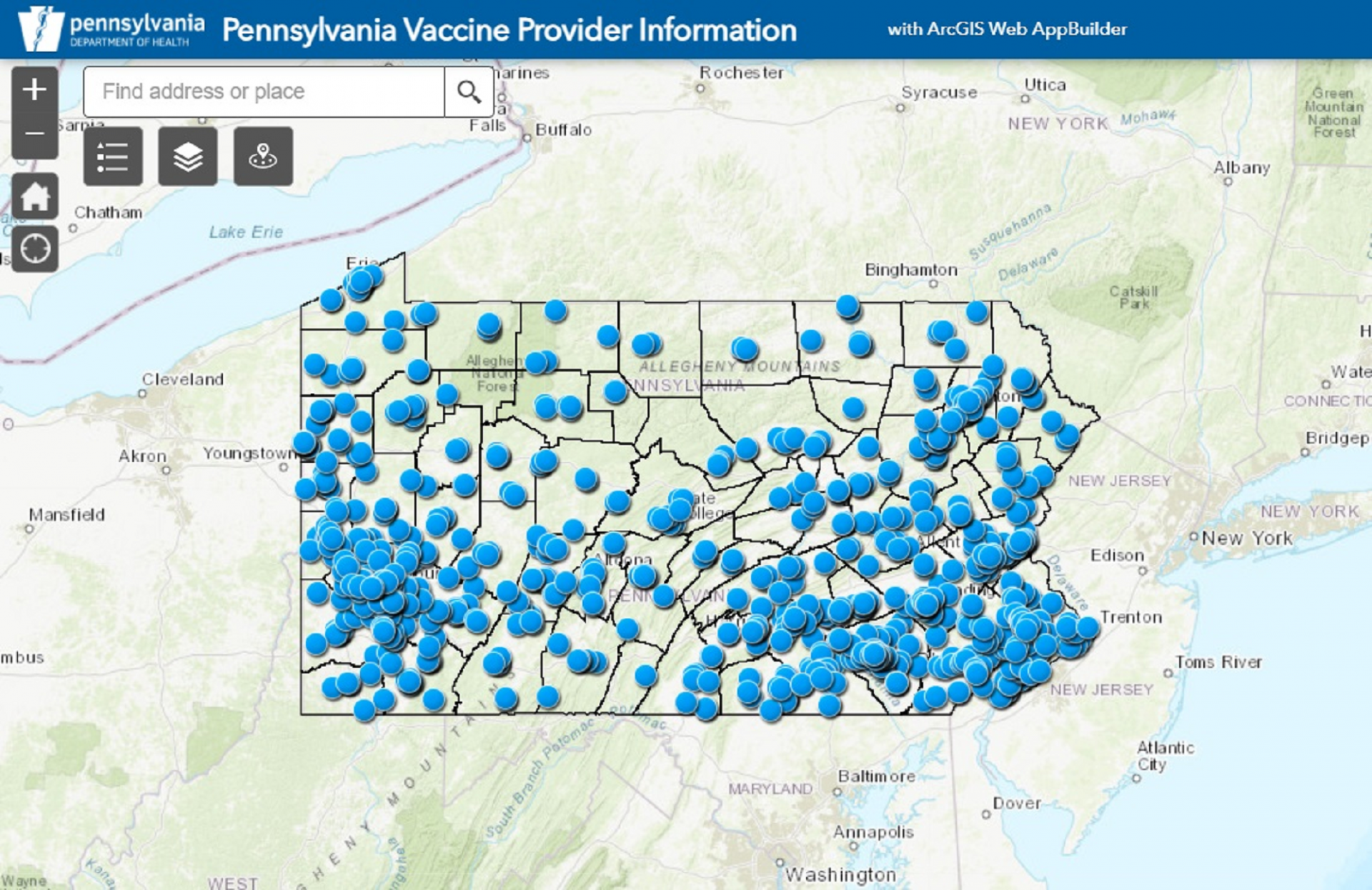 People who want a vaccine can search for providers on the state’s website. Previously dots were blue or green based on whether vaccines were available at each provider. Recently the state changed them to blue, a move that leaves people with one more step in the process of finding a vaccine.

Some number crunchers and journalists have ranked states according to this rate. For example, in this Tuesday Becker’s Hospital Review analysis, Pennsylvania ranks 44th out of 50 in how quickly vaccinations are making their way into people’s shoulders.

What the state Department of Health only recently made public is that when it orders doses for health care providers in Pennsylvania, some of those doses are reserved for people who have already received their first dose.

Other factors, such as a three day lag in some pharmacies reporting back, also contribute to the number, Hutcheson said.

“But more importantly, it is impossible to compare state to state,” Hutcheson said. “There are some states that are pushing out their second doses of vaccine as first doses and banking on the fact that there will be more later.”

The federal Health and Human Services Department did not respond to requests to confirm if other states are administering doses differently.

Still, if there’s a bottleneck in getting those second doses into arms, it’s unclear where it is. Rite-Aid spokesperson Christopher Savarese said its pharmacists schedule follow-up appointments when people get their first doses — a move that has made it easy to get those second shots out.

At Penn Medicine-affiliated Lancaster General Hospital, “the process is running well,” said Chief Clinical Officer Dr. Michael Ripchinski. In the few instances where people have failed to show up for their second dose, that vaccine is given to someone else on a wait list.

Danville-based Geisinger Medical Center has had no major problems and has ramped up capacity to be able to administer as many as 20,000 vaccines per week, said spokesperson Marc Stempka. 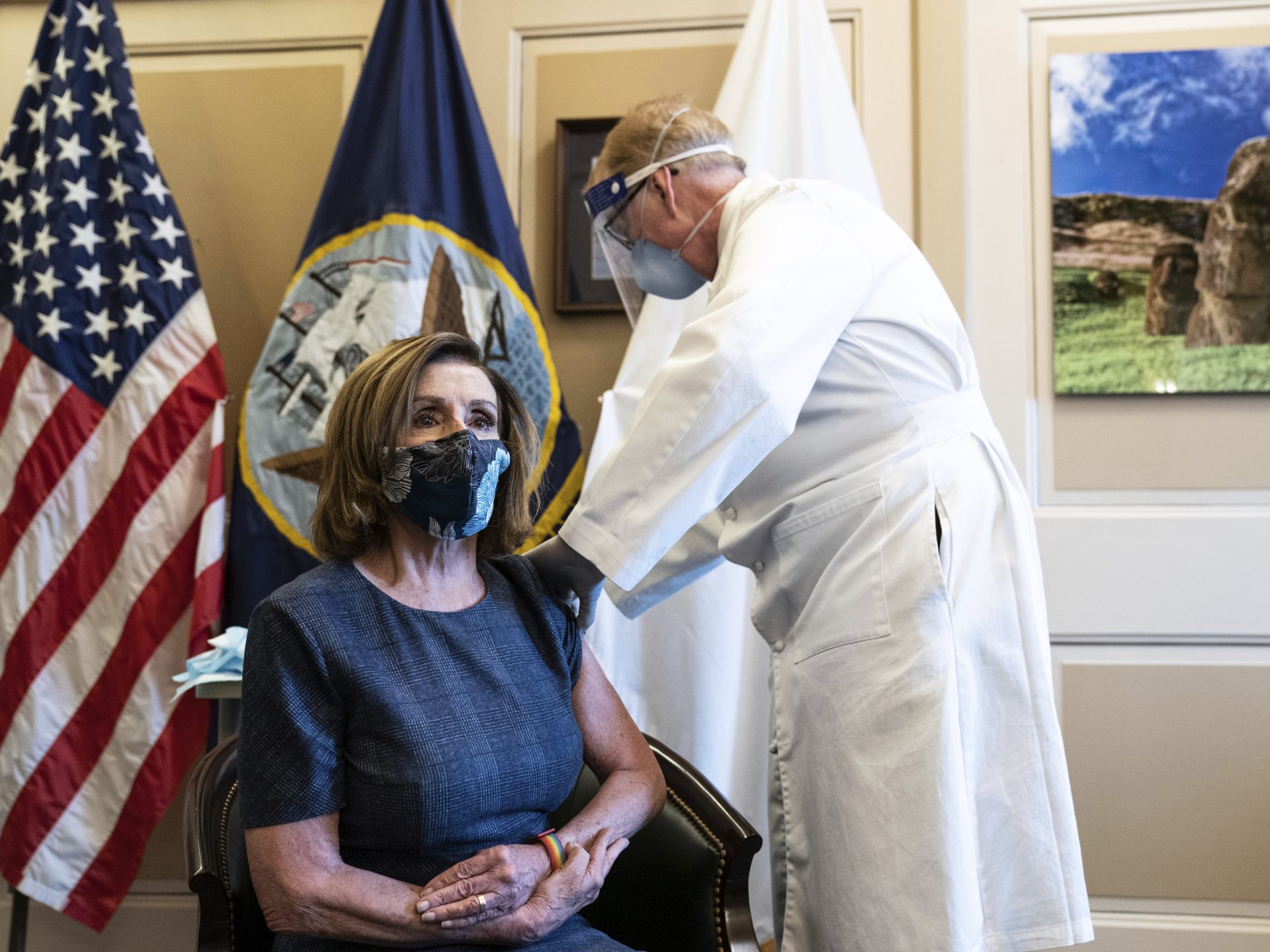 At York County-based WellSpan Health, there have been “no widespread issues” with people not returning for their second dose, said spokesperson Ryan Coyle.

“We receive allocations of vaccine on a weekly basis but do not always receive the amount requested,” Coyle said, adding that the health system is not taking new appointments at the moment as it awaits more supply.

He said one problem under the Trump Administration was that states only got one week’s notice for how many vaccines they would get, while the new administration is giving three weeks’ notice, allowing pharmacists to schedule more appointments.

“And we have not held back any doses,” Snyder said. “So every dose we get, we deliver as soon as we can into a shoulder. What that means is we’re counting on those second doses to be delivered, and so far they have been.”

Are you trying to get a COVID-19 vaccine? Transforming Health would like to hear from you: